Cape Town - the tavern of the seas!

The spectacular city of Cape Town was so geographically important at one time that it was known as the axis on which Britain's control of India hinged. As a meeting point and trading hub for centuries it's had influences from many different countries resulting in a fascinating cultural mix as well as some really unique food! 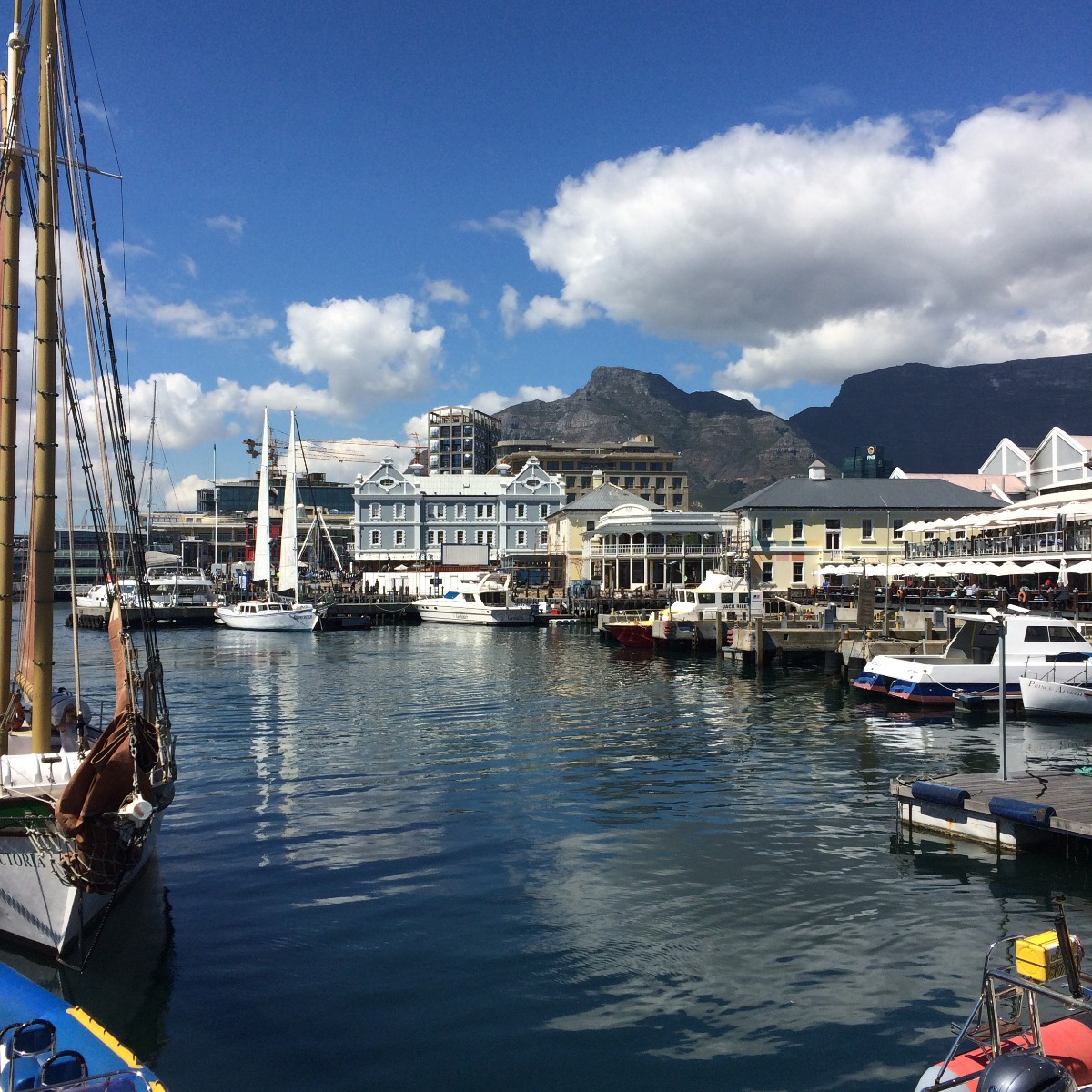 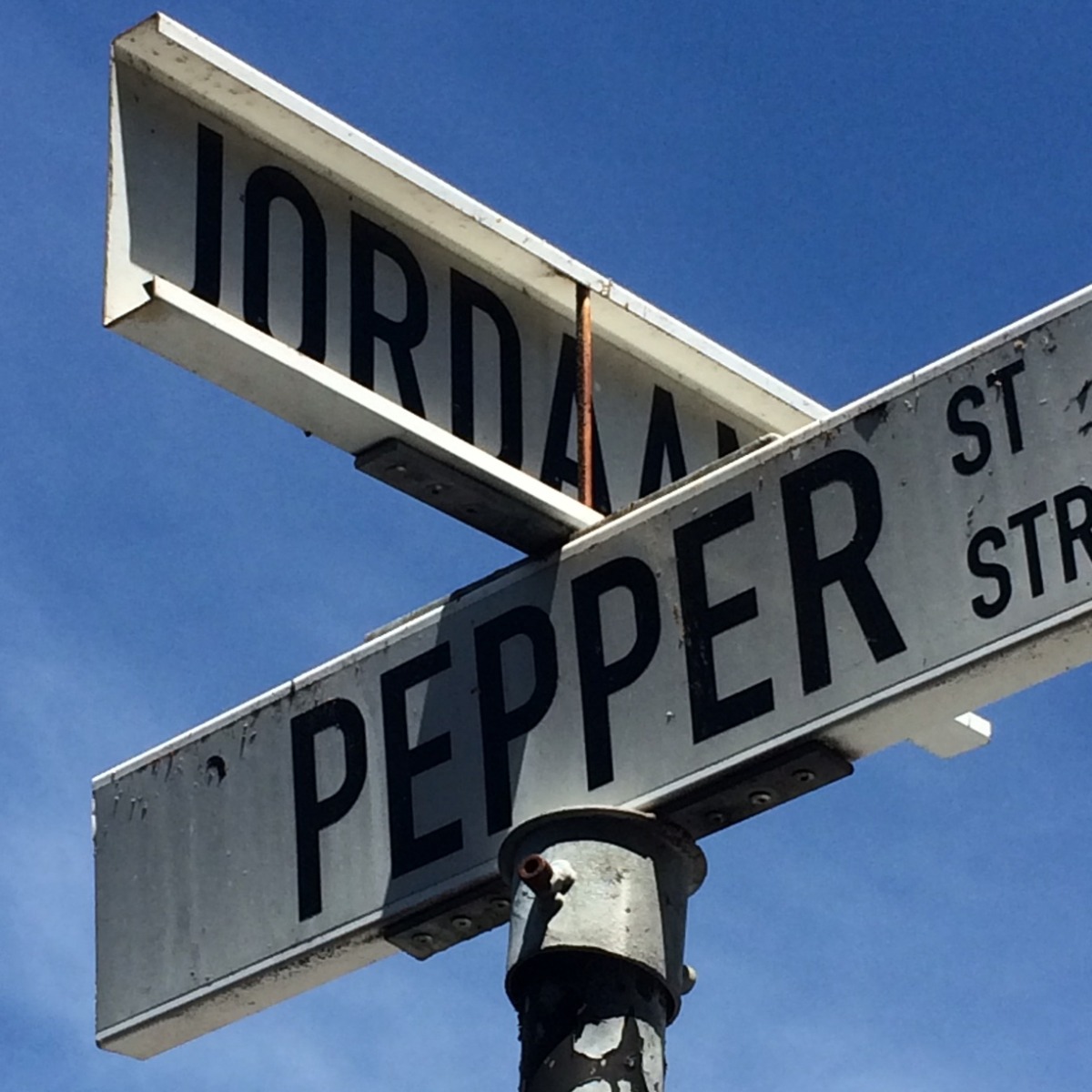 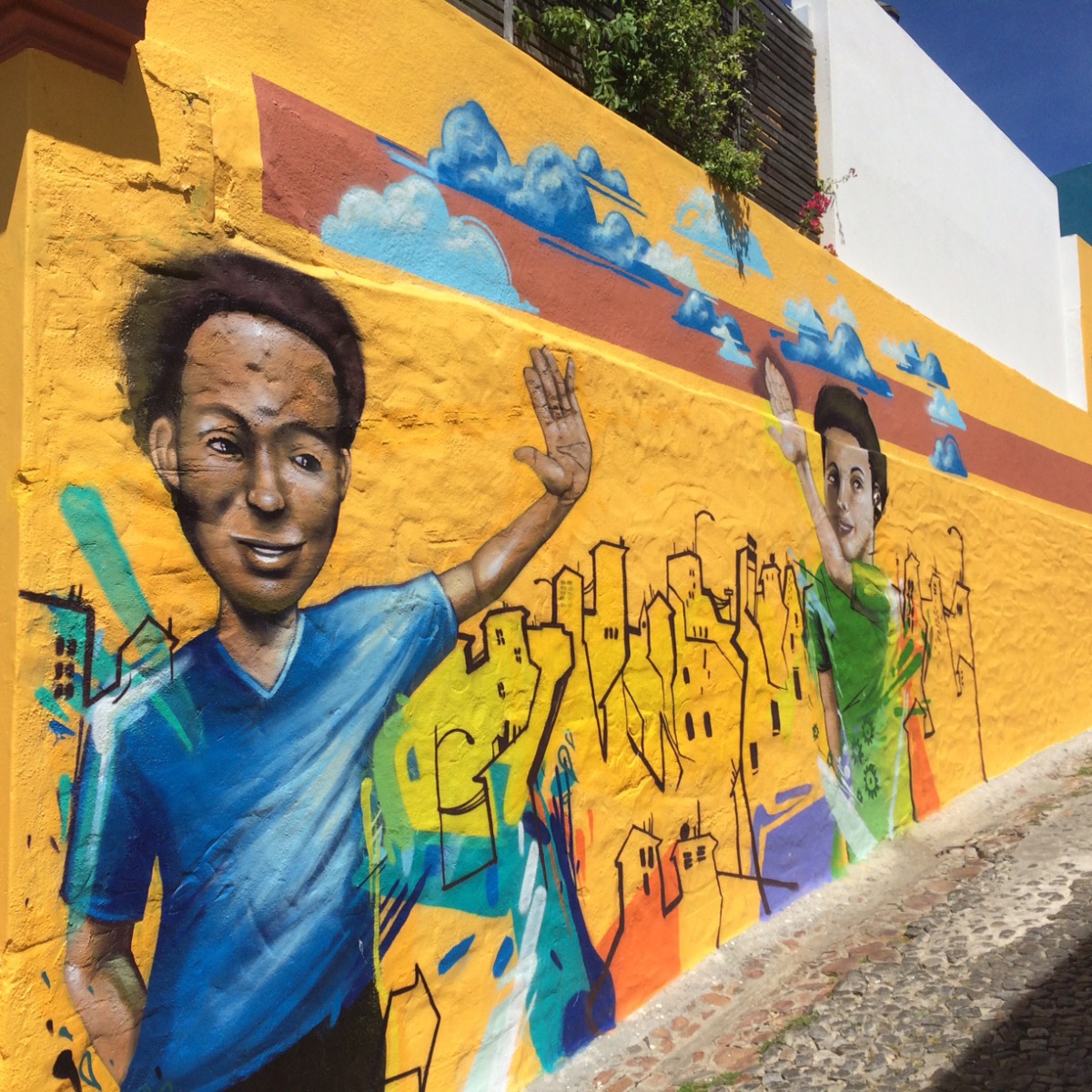 It was originally settled in 1652 as a refuelling stop for the Dutch East India company (VOC) ships on the long voyage to and from the Spiceries in the East Indies. The early Dutch settlers found good fresh water supplies and built a garden in the city where they were able to grow fruits, vegetables and even vines to make wine which were all used to resupply the ships that were docking in the harbour. 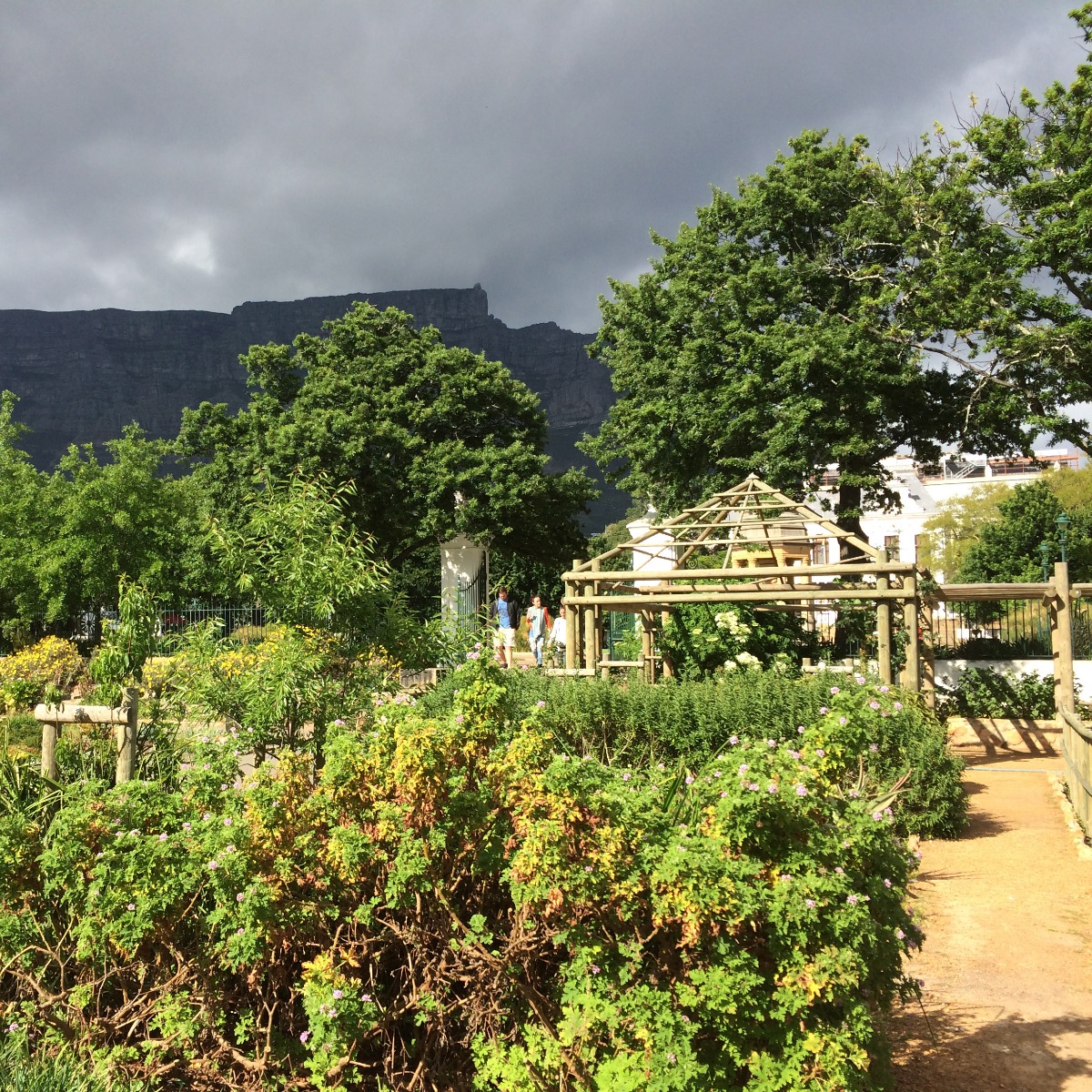 The Company Gardens in the centre of Cape Town 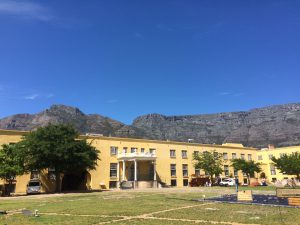 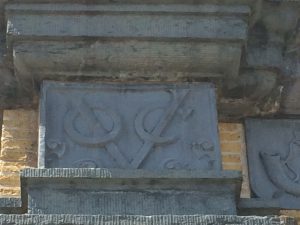 As the city grew, the Dutch needed more workers to build and staff it and as the local tribes weren't too keen to get involved, they imported slaves from their colonies in the Dutch East Indies (modern day Malaysia and Indonesia), and these workers became known as Cape Malays. The Cape Malays were often educated people and had a trade so they were considered to be slightly higher status than the local tribes and to some extent this legacy still persists in the segregation of the city and the way that the different communities eat - the local Xhosa people enjoy all the Cape Malay flavours but the Cape Malays don't tend to eat the food of the townships (although I found some great food there!): 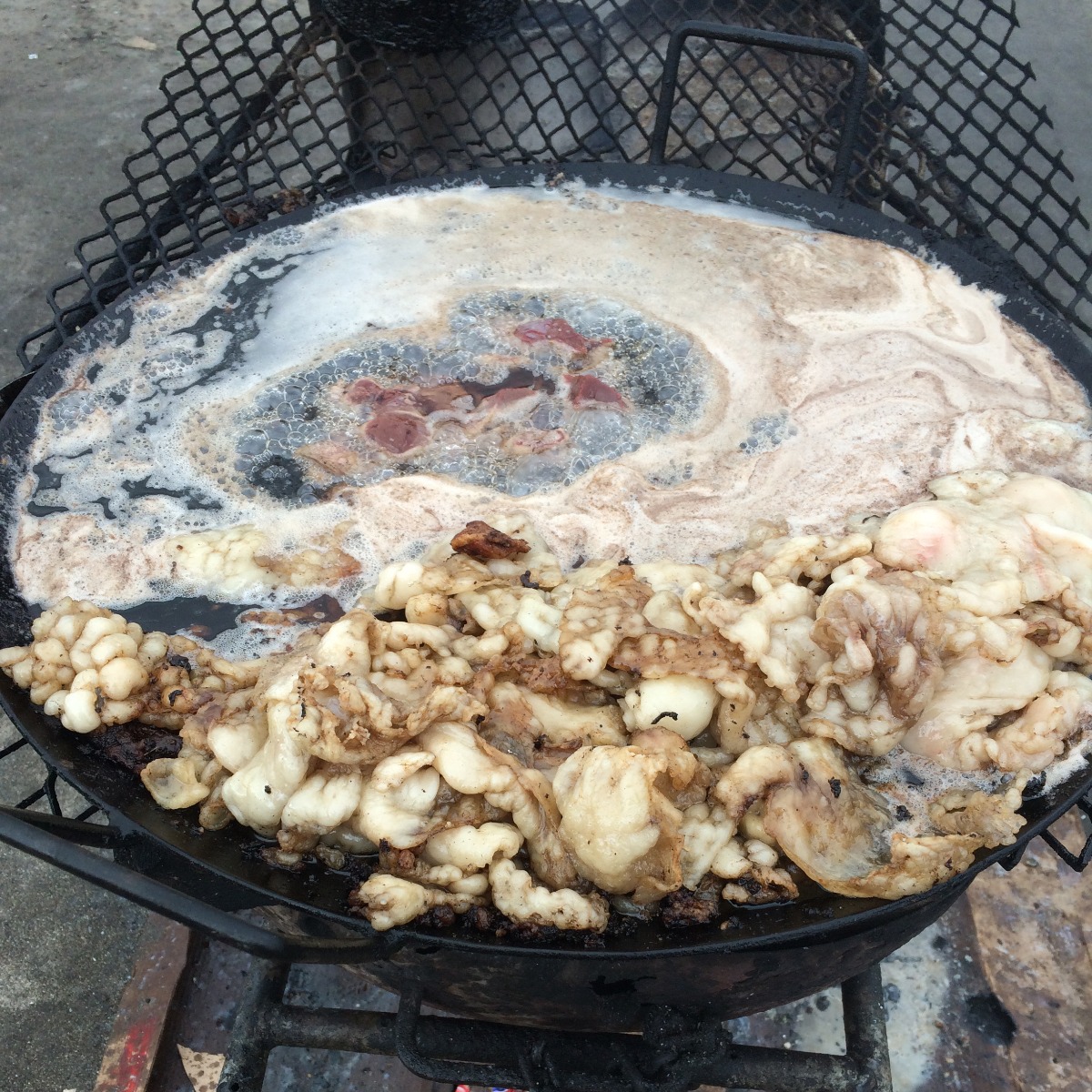 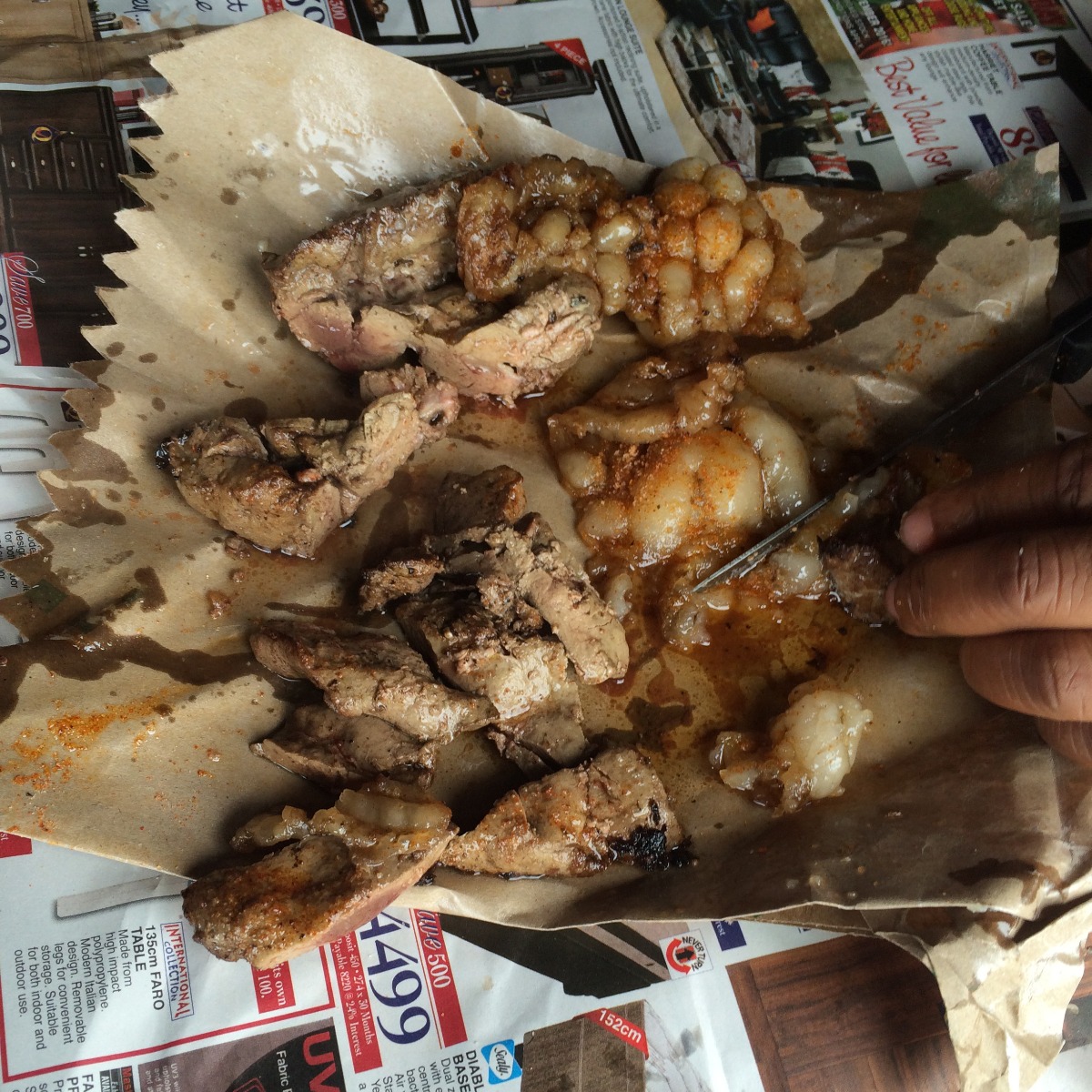 Sheep's liver deep fried in lamb fat then chopped up served with the crispy fat and spicy salt - unexpectedly delicious! 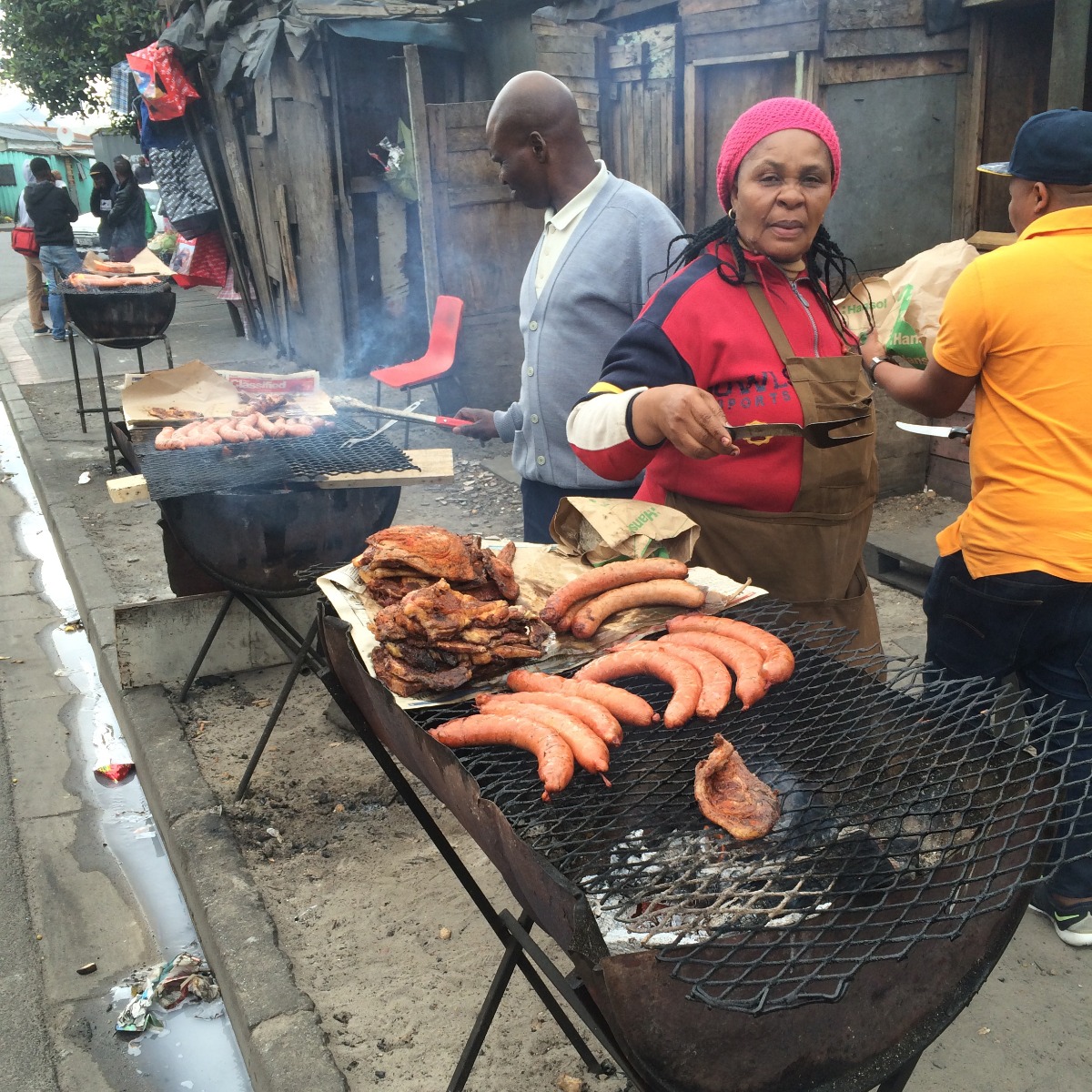 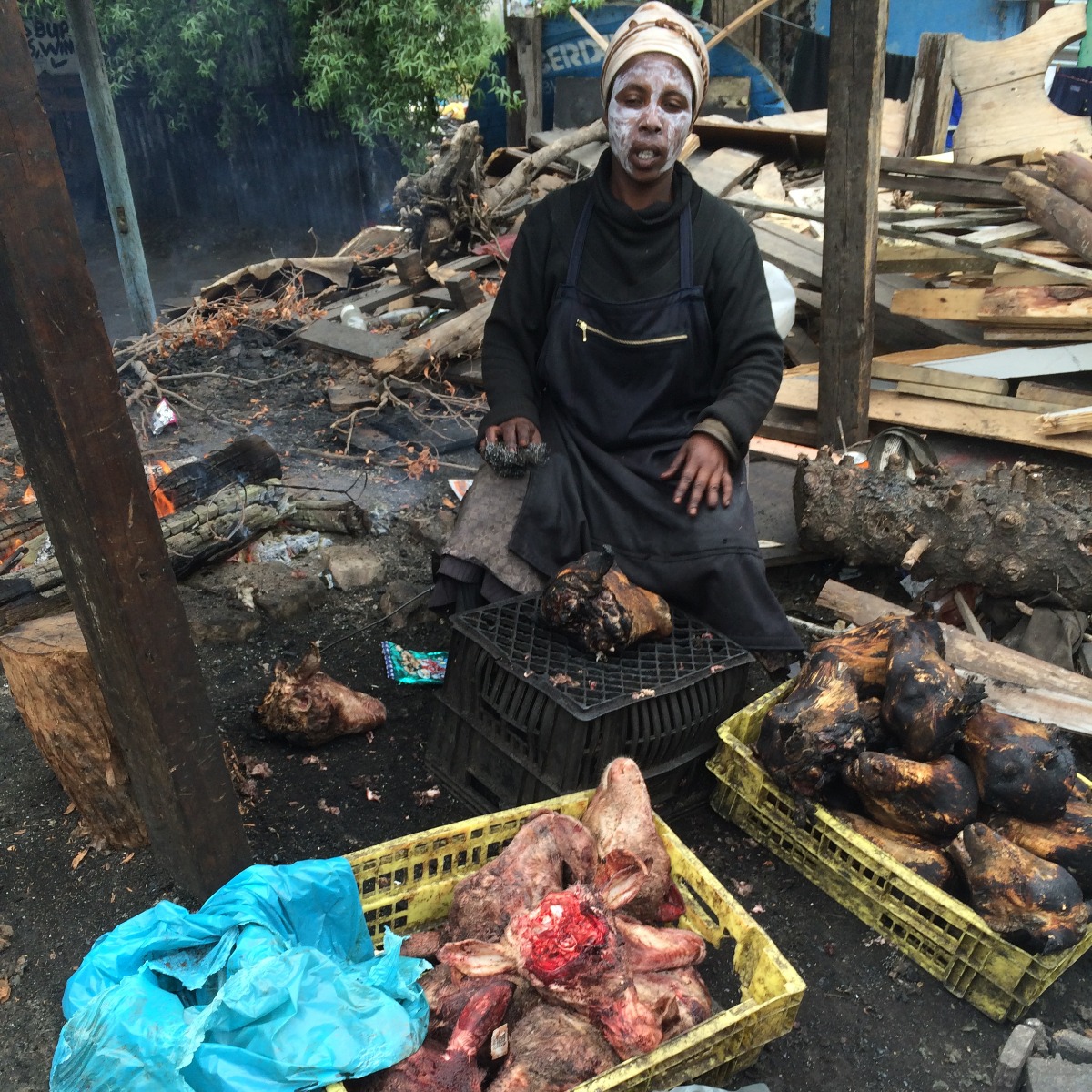 A Saturday afternoon braai in one of the townships; smileys in Langa township - grilled sheeps heads (the mouths curl up slightly when they're grilled hence the name!)

The township food was good but the main reason for visiting Cape Town was to try the Cape Malay food which had evolved over the centuries as an adaption of South-East Asian food made with local ingredients and served to the Dutch and European settlers. There was something similar to the Anglo-Indian communities in Mumbai and Calcutta in the way the Cape Malay food had developed and how people eat there now. There are some foods that are pretty recognisable from South Asia: 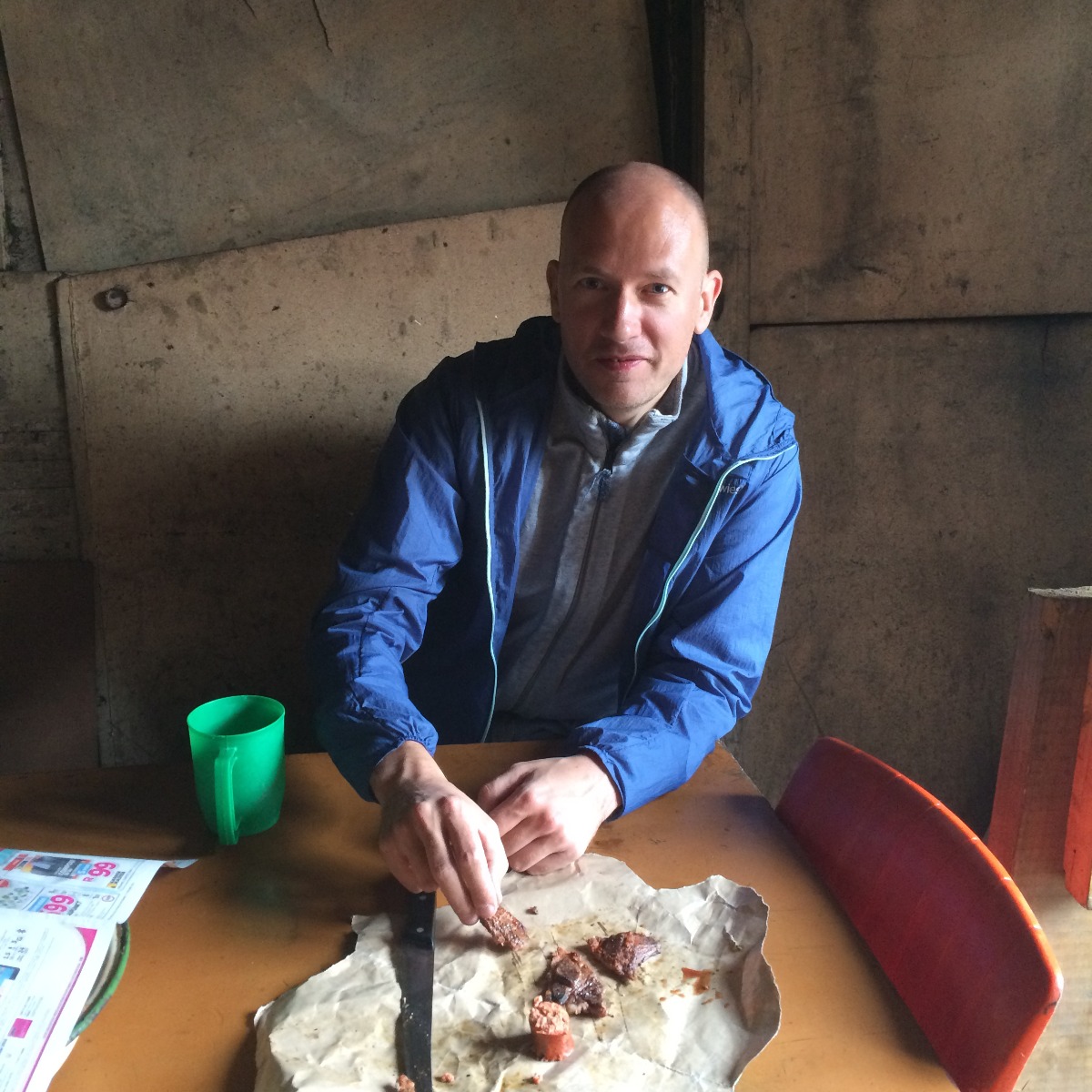 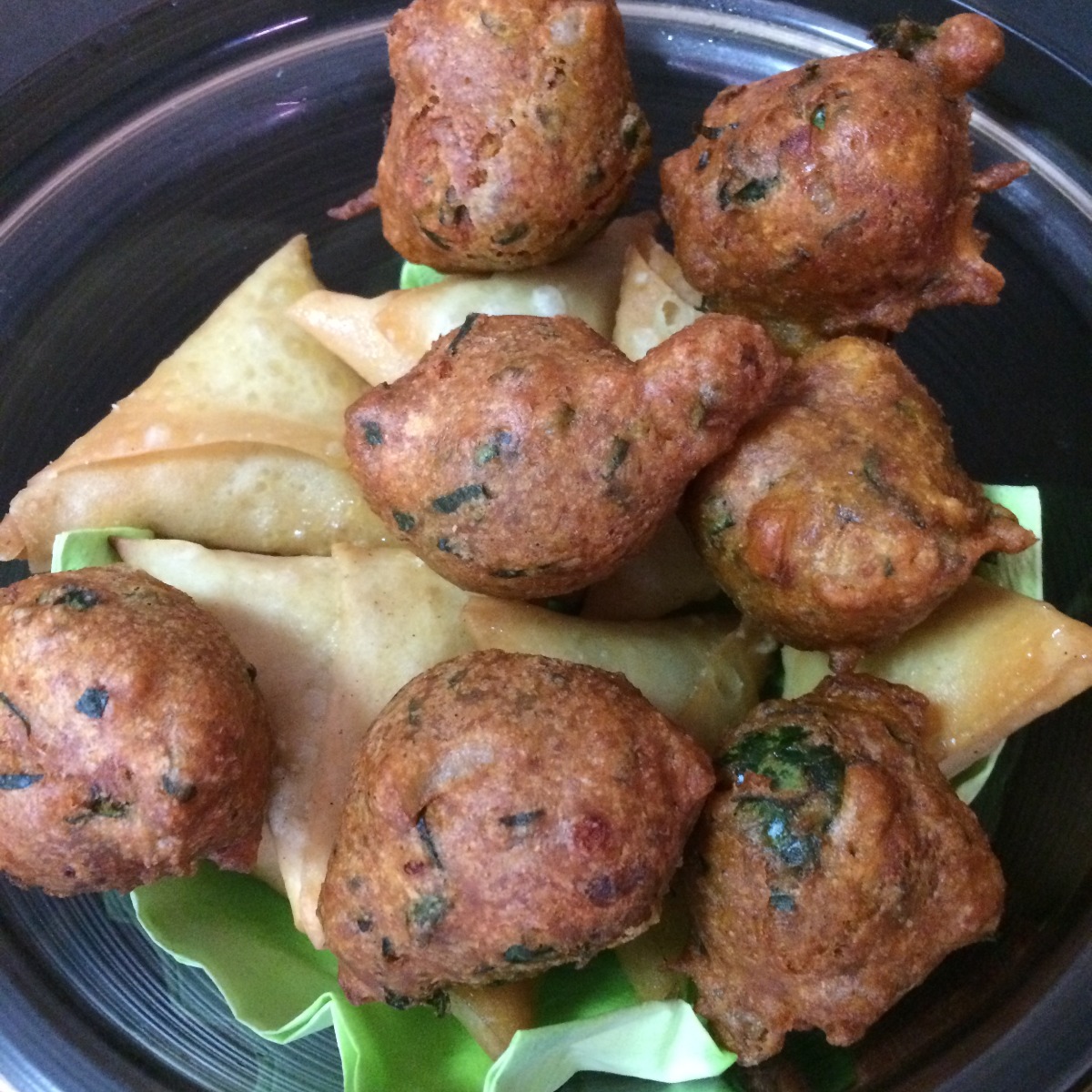 Then the food starts to get a bit more mixed and you can see how the Cape Malays adapted their own food to suit the tastes of their European masters. It's not unusual to have a sweet stew, spiced with cloves, nutmeg and tamarind then served with some mashed potato and boiled vegetables. 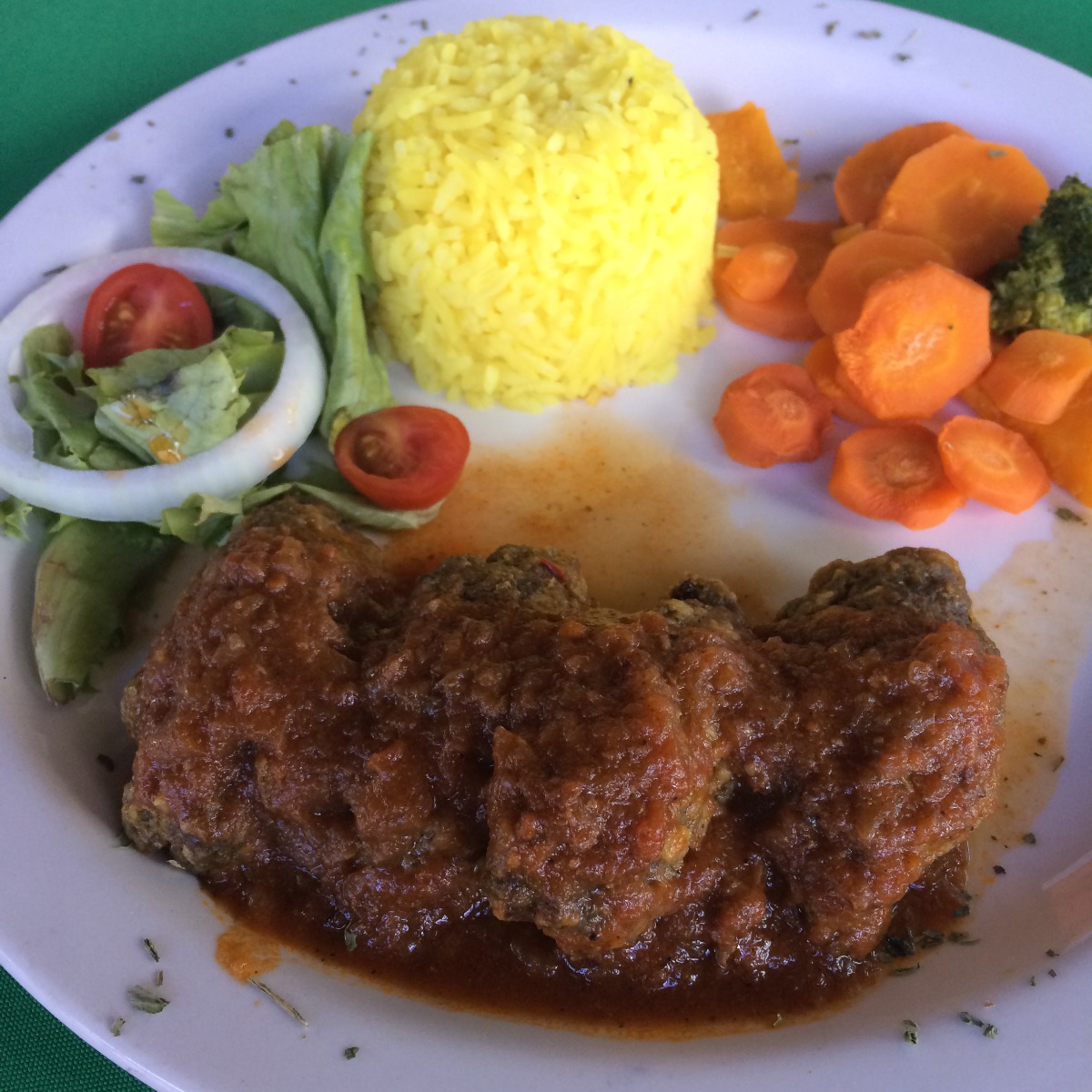 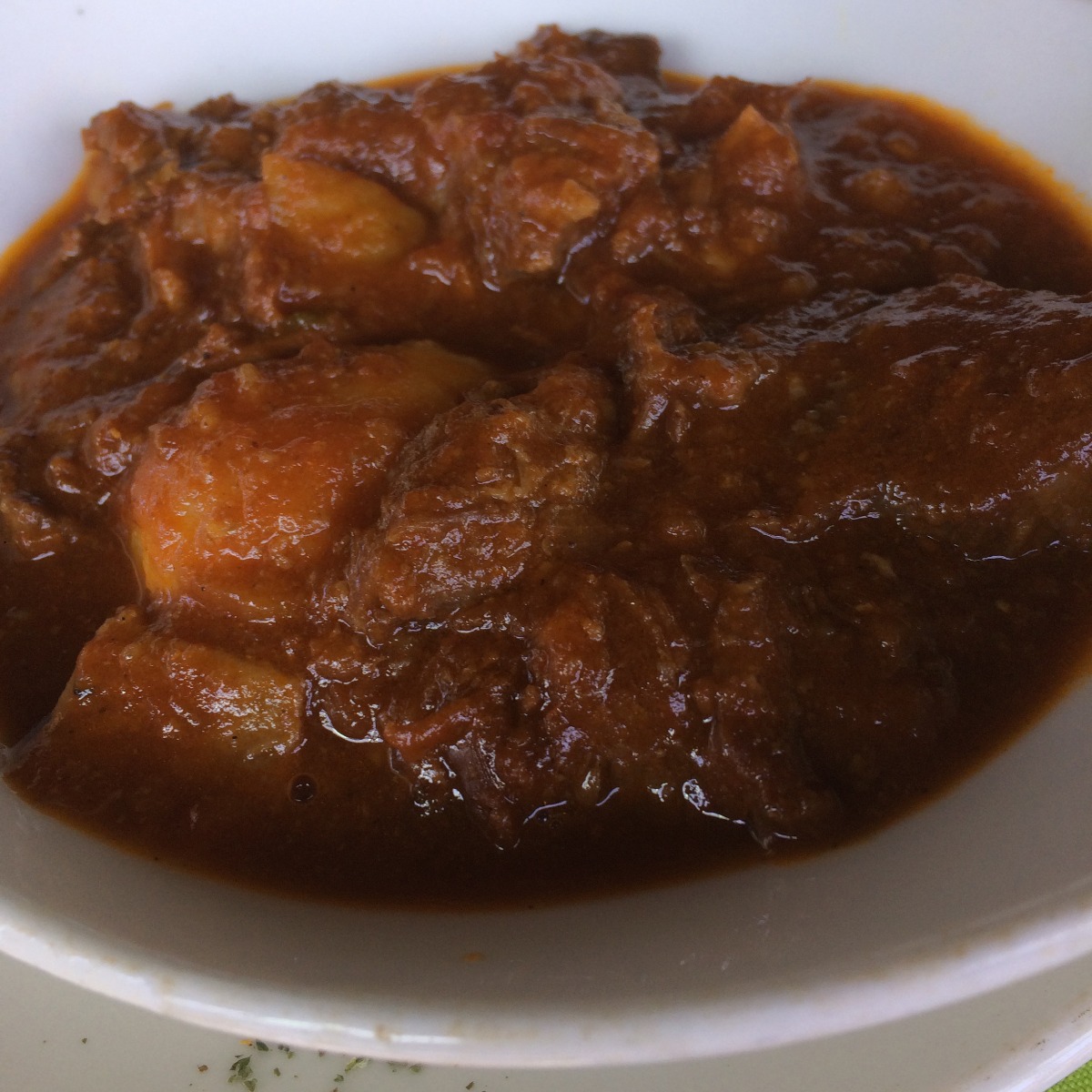 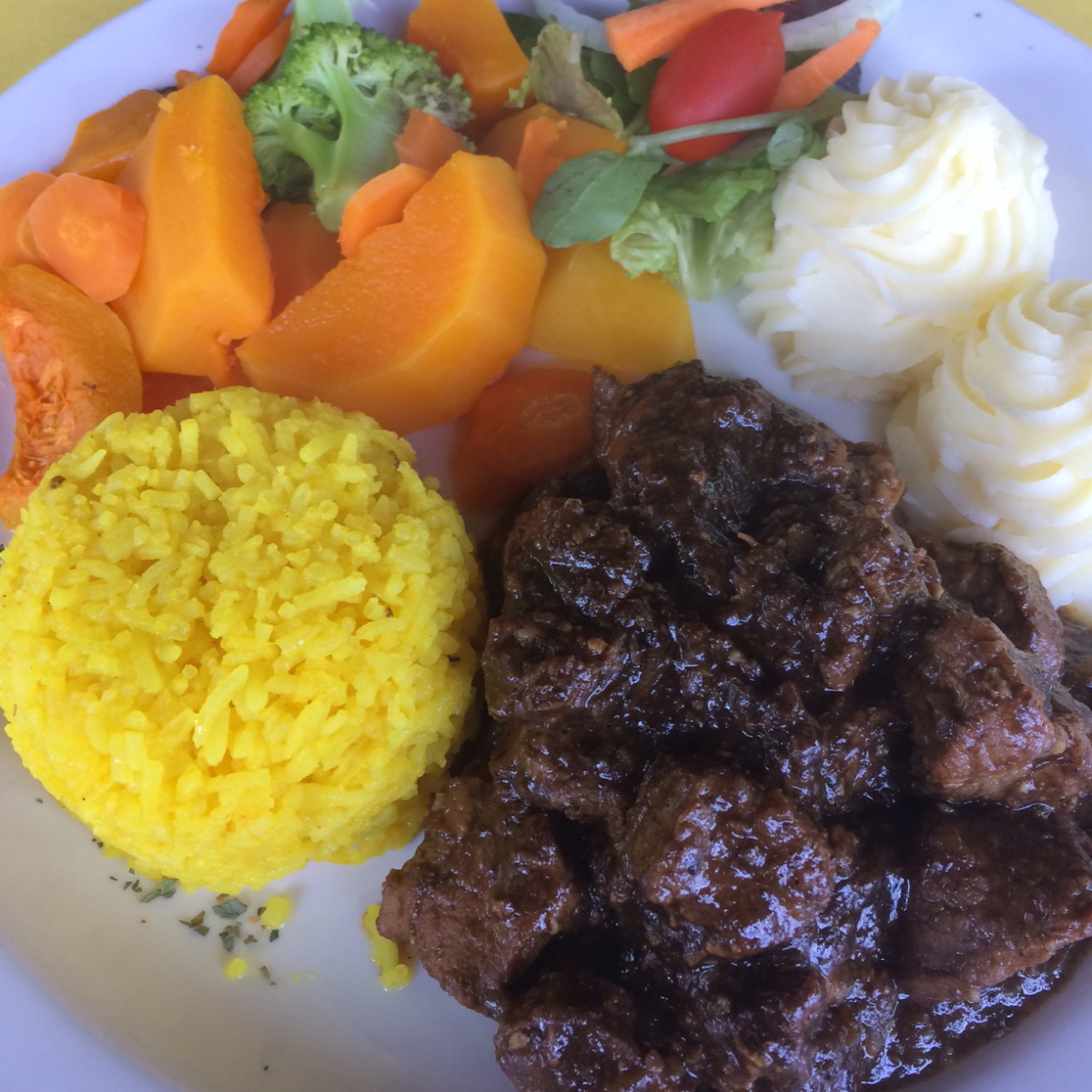 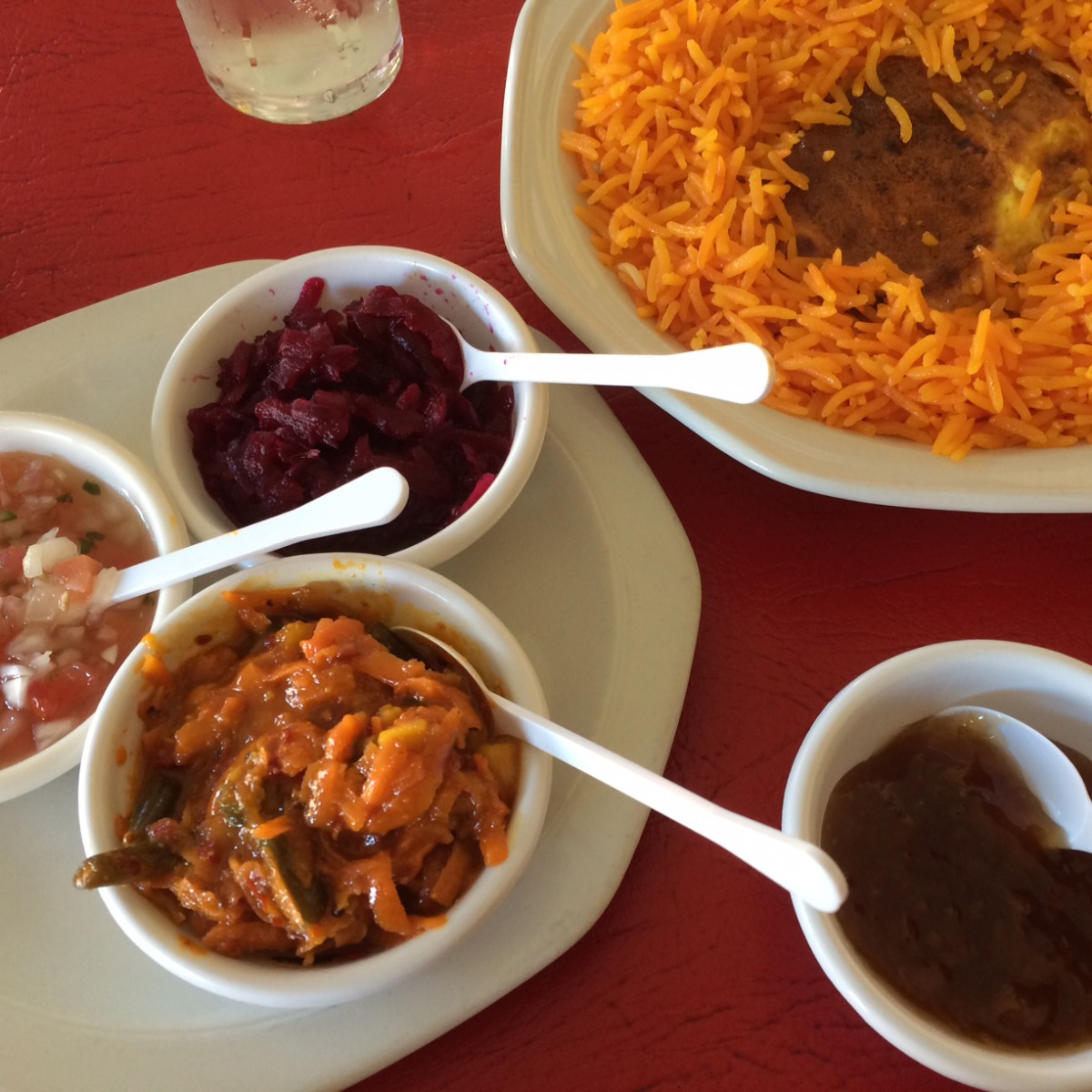 The dish on the right is an apricot sambal - a sweet spicy sauce similar to apricot jam (which is widely used in place of tamarind as apricots grew wild in the Cape) so many sauces and even salad dressings have a generous spoonful of apricot jam in them to make them sweet and tangy. 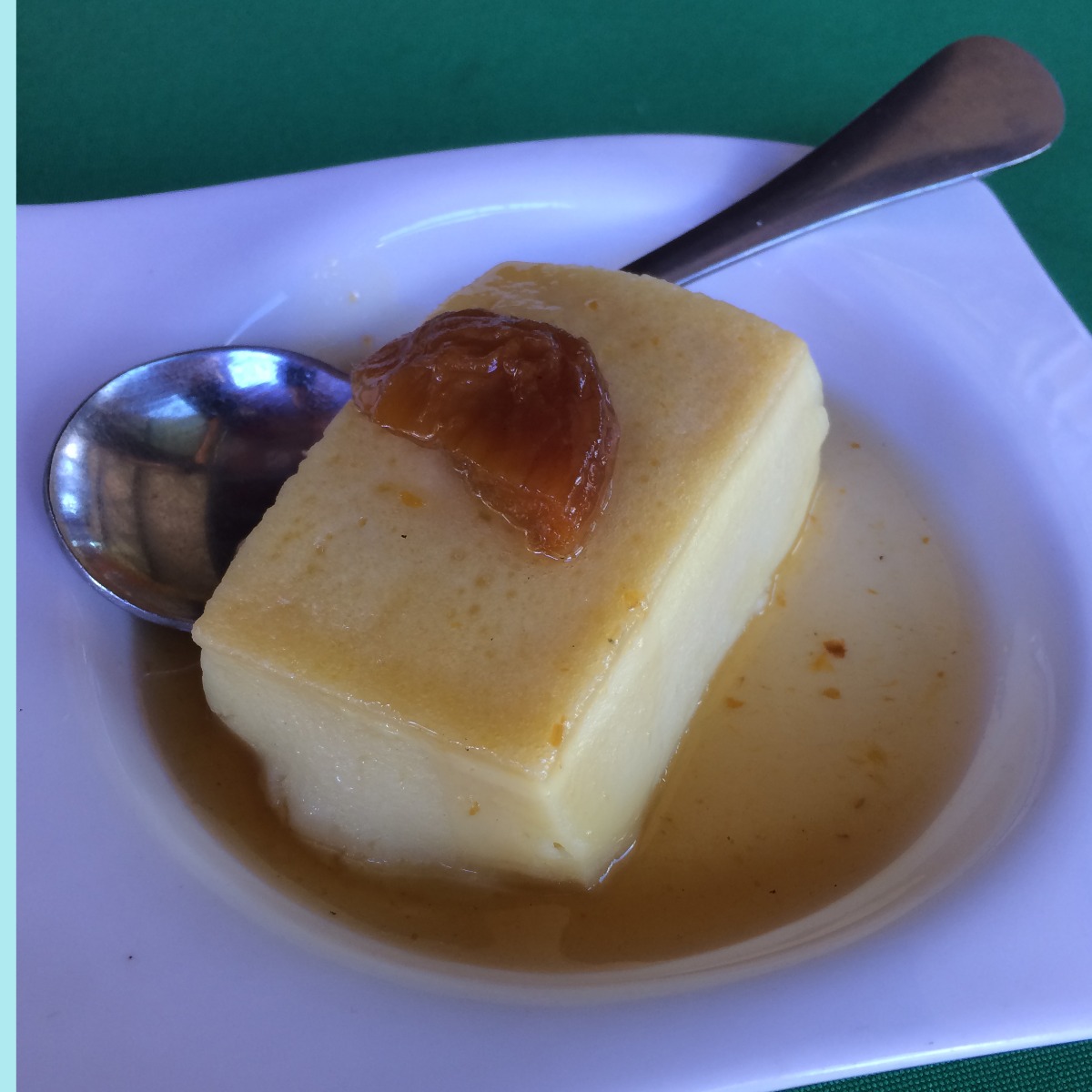 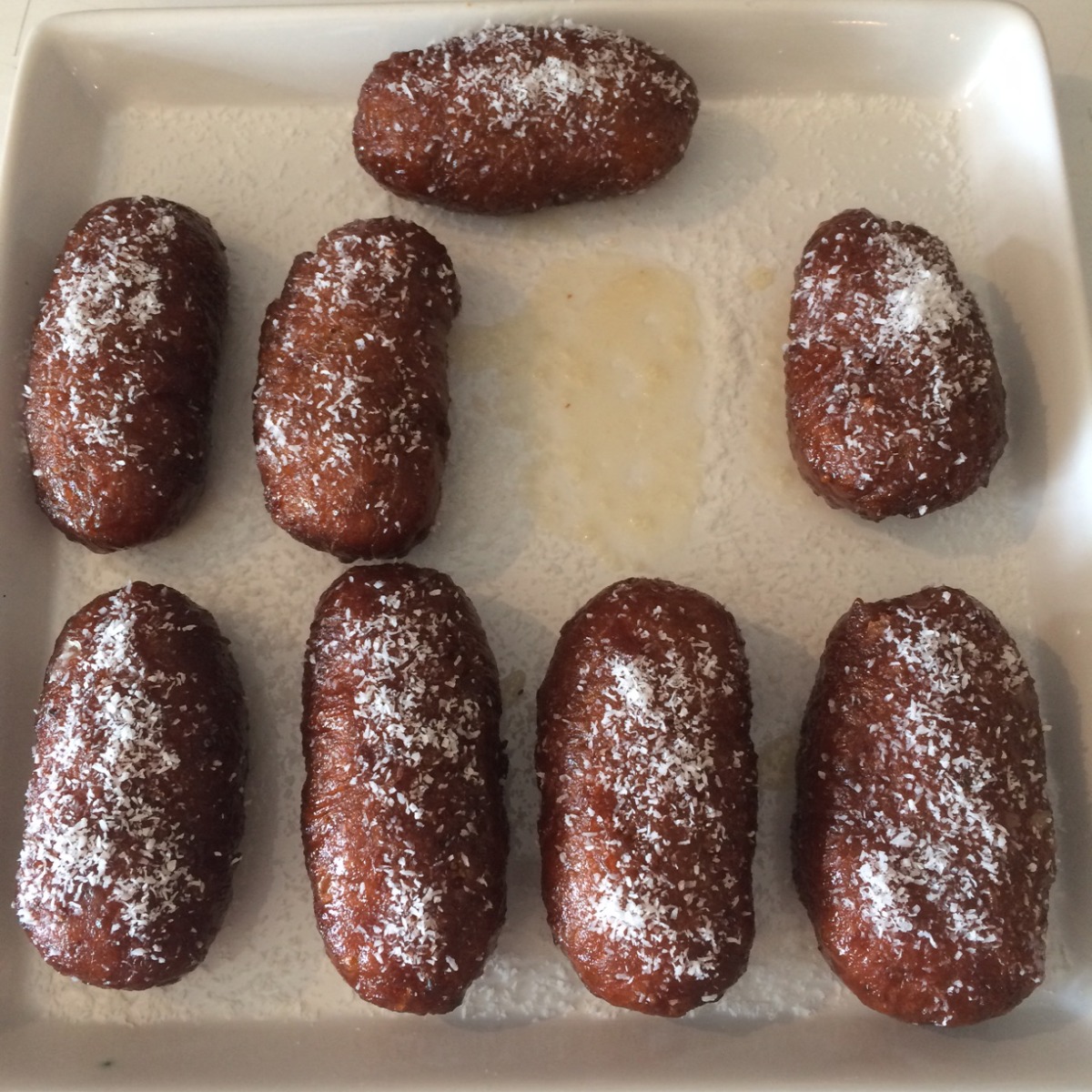 Potato pudding - a steamed sweet pudding like a hot blancmange made from mashed potato and served with an apricot syrup; koeksisters - sweet doughnuts flavoured with nutmeg and aniseed then topped with coconut 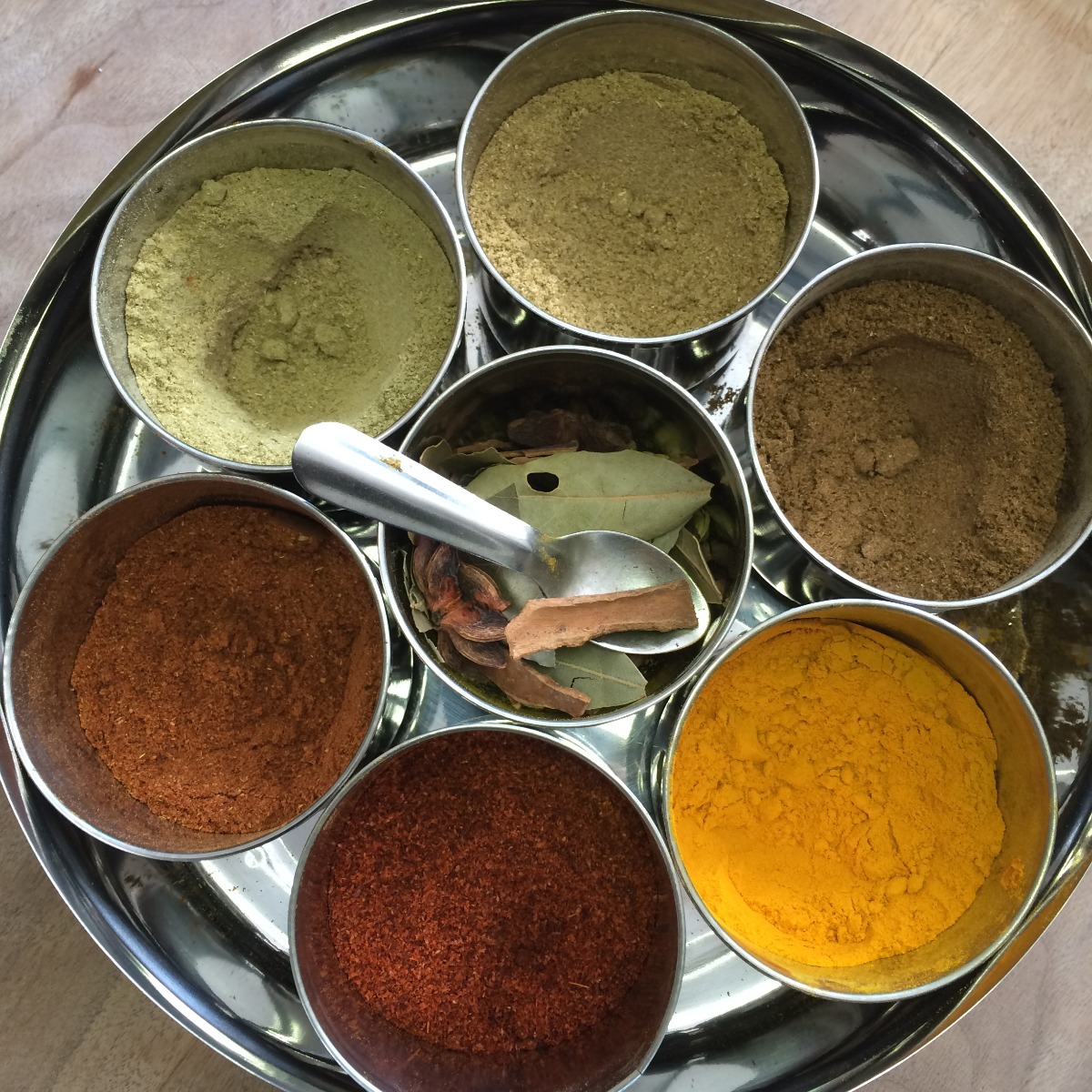 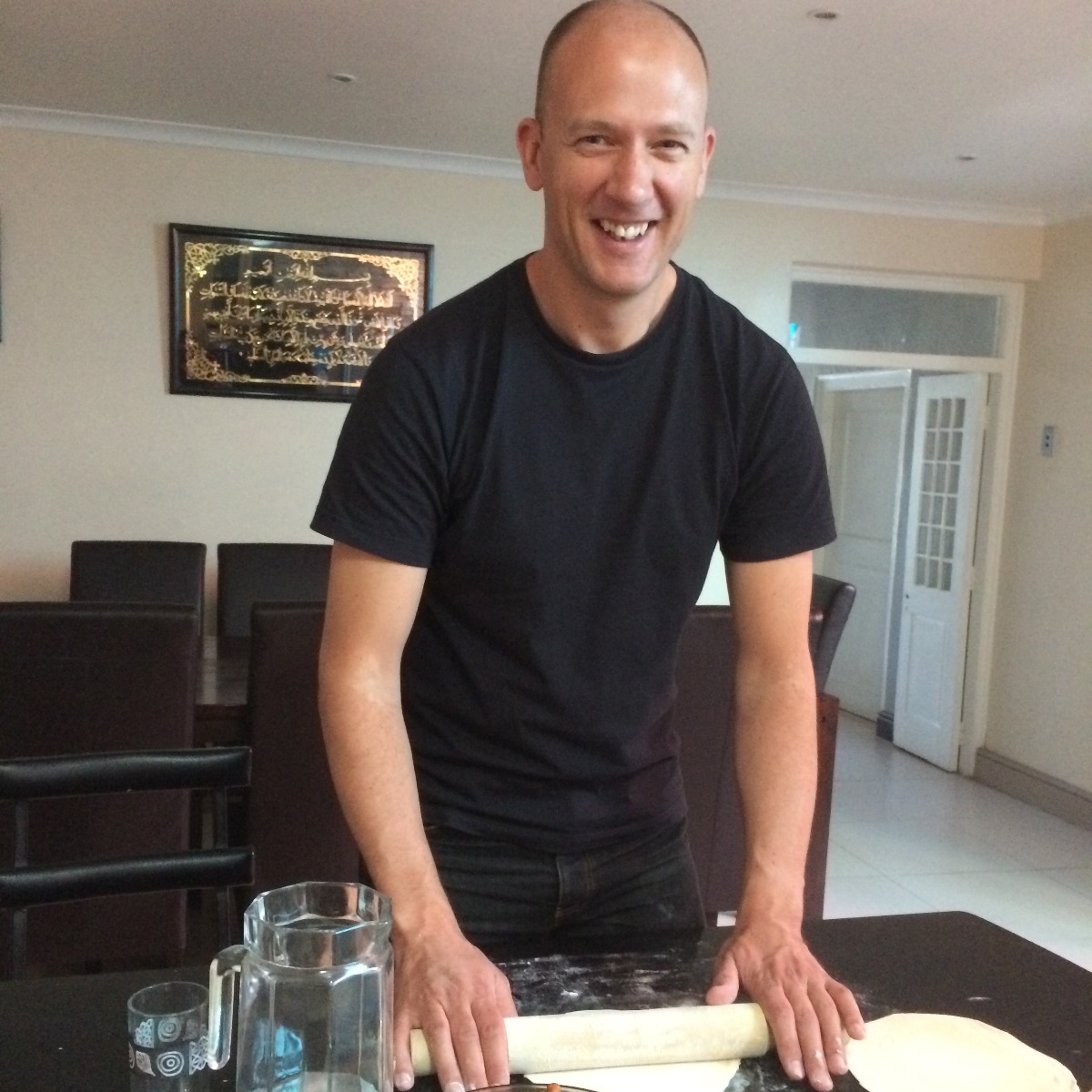 Typical spices in a Cape Malay kitchen - fennel, cumin, coriander, turmeric and mild chilli. The orange powder is a blend or masala known as Father in Law masala or Mother in Law masala (the slightly hotter one!), which is a mix of all the other spices plus extra chilli, nutmeg, cloves, cinnamon and star anise; Making Samoosas in the Bo Kaap