Chris - World Kitchen Explorer - Nigerian Egusi After a trip to the shops and a short discussion about which bananas were least ripe we had our ingredients prepped and ready to go. Off to a super rocky start; the red oil spices didn’t quite follow the instructions. Have had (bad) experiences with frying chilli flakes before I was very tentative with the heat and timing, yet still managed to ever so slightly burn the flakes in chase on the fabled red oil (it was more amber in the end). 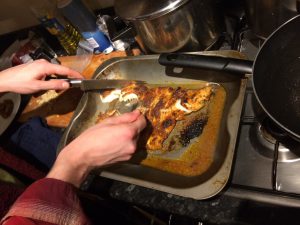 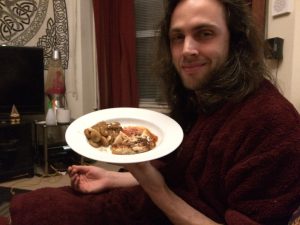 Apart from that initial drama the rest of the cook was fairly simple, well paced and left enough time during the cook to tackle some of the washing up that had accrued. The timing held up towards the end as we used beef from our local butchers instead of store bought. Which is a must anytime we do beef dishes! It’s just not worth the toughness and actually tends to be cheaper.

Tim - World Kitchen Explorer - Bihari Kebabs and Paratha My second time testing! I was pre-warned that I might have unknowingly picked a tricky one but it actually worked really fairly easily. The meal is a good combination of flavors, with the mango (not pictured)

giving a good bit of sweetness to it all. I would recommend letting the steak chunks sit in the spices for a bit longer to soak up the flavours for a while if possible and I probably should have been a bit more generous with the garlic (I do love garlic so that might not be to everyone's taste). A little tip is to roll the Paratha a bit thinner as it was tricky wrapping everything up in it (and make sure you have a frying pan big enough for it to fit in to lying flat!). Tried and tested it with a good pale ale and it matched very well!

Dan - Meat Free Magic - Grilled Veg and Romesco & Paella   This was the second tester kit I have tried from The Spicery. I was really looking forward to make this dish as i’ve only ever had paella with meat/fish in before. I’m always keen to try veggie alternatives because I can find meat quite overpowering at times! 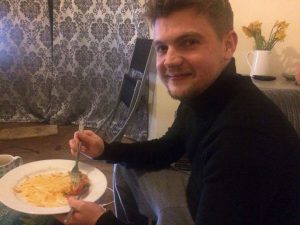 I’ve never actually heard of romesco sauce before so was quite intrigued to see what it would be like. I do however love tomatoes and garlic so already I knew it was going to be a winner. It was super easy to make and the spices that went into the sauce smelt amazing. 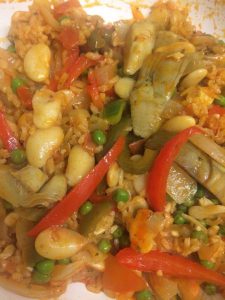 The allioli was again, really nice and straightforward to make. It  tasted like a really fresh garlic and herb dip. I’m not a huge fan of mayonnaise but the black pepper and parsley really transformed the taste. The veg I choose to grill for starters was asparagus and broccoli. Both the romesco sauce and allioli really complemented one another with the veg and you could really taste the freshness in the ingredients. For the Spanish Paella I added a red and green peppers, butter beans, and frozen peas instead of fine beans. The dish was so colurful! I think the infused saffron gave it a real kick. It’s crazy to think such a small amount can make such a huge difference. I’ll most definitely be making the sauces again and try the different variations the recipe has on my next attempt!

But the winner is... Andrea - Food Truck - Malaysian Fried Chicken and Pancakes Being American, some might assume that eating fried chicken is somewhat of a pastime for me, but I must have gotten KFC'ed-out growing up..surprisingly enough, I've never actually attempted to make fried chicken at home. 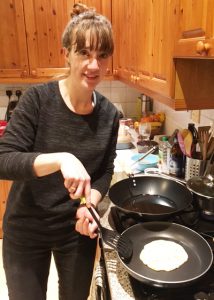 I wasn't quite sure how this recipe would turn out having already tested it in the Spicery kitchen (which is much bigger and pan-filled than mine) but I figured the end result would be worth the effort.

And worth it it was - my housemate said the American-style corn pancakes were the best he's ever had and everyone around the dinner table was raving about the honey soy dipping sauce and corn salsa. Not to mention the fried chicken itself! It wasn't too difficult to fry (though I did have to fry it in three separate batches).

All the accompaniments were done previous to the frying, so that helped. I did end up using quite a few pans and dishes by the end of it (it was a Spicery meal, after all!), but the only real complaint that I had was the potatoes took longer than expected. A nice change to the curries I tend to test at home!