Written by
Published on 15th July 2015 at 13:21 • No comments yet, be the first!
Ten-year anniversaries scream diamonds and flowers but for us, we decided to celebrate our decennial with… JOB SWAP WEEK. 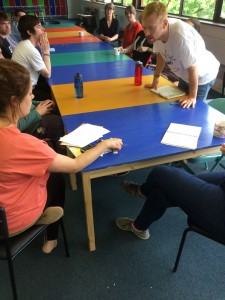 After months of careful planning, the day dawned - who would be paired with who, what would we be doing and why (some people were more desperate to know than others!)? 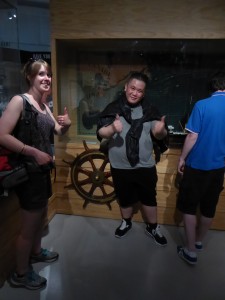 The aim of the game was to experience each other’s roles and learn more about our wonderful Company and all of us in it.  We put all the pairs into teams to go and explore our vibrant city (Bristol!) and discover what hidden spice gems there were close to home with the intention of finding some delicious treats for a world food party on Friday. 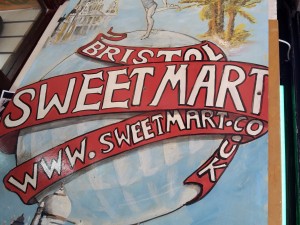 Bristol is a multi-cultural city and the destinations chosen for all the teams allowed for some insight into what cuisines we’d be enjoying on Friday. There was the Jamaican influence in St Paul’s, Moroccan in St Nicks and Indian delicacies of Easton - each team was encouraged to add a special twist, which would win one team a crate of cava! Day 1 - Monday: And so it begins ... Toby (Voucher Man) and John (Warehouse Assistant) sat down at Toby’s desk to learn the world of Vouchers ! After the serious work came the fun bit and they embarked on some rigorous Instagramming:(https://instagram.com/the_spicery/) 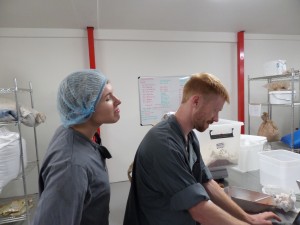 Amy (Assistant Manager) began teaching Jack (of all trades) the wonderful world of excel of which, he actually seemed to enjoy (!) before heading back to his comfort zone in the warehouse. 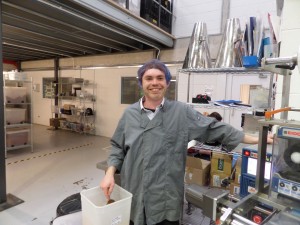 Andrea (Order Processor) showed Adam (Warehouse Supervisor) how to ... process orders! Josh (Marketing Manager) began teaching Robyn (Head Spicerer) how to send the notoriously tricky subscribers email of which she conquered and - for the first time - there was seemingly no mistakes (just joking Josh!). 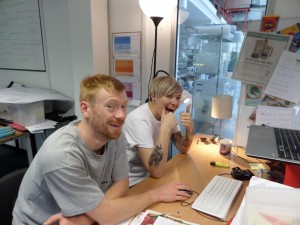 Alice (Head Recipe Developer) pulled Chris K (Technical Manager) up to the kitchen to cook up a spicy Jalfrezi which was devoured at lunchtime before she went down to use the spice packing machine, underneath Chris’s watchful eye (he promised her some easy ones so she wouldn’t have to “touch the machine”). 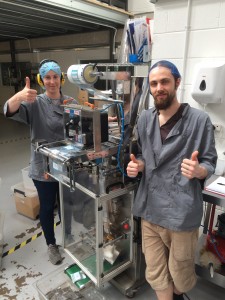 With day one done, we had learnt a bit about each other but the city was still to be explored ... Day 2 - Tuesday: 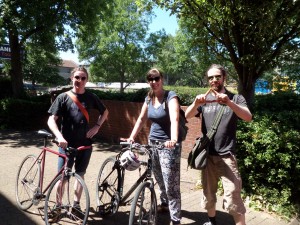 Enter … Tung!  Back from his homeland (Peckham), Tung joined in and swept Suze (Recipe Developer) away from partner Jess (Head People Person) to cook up a storm in the kitchen, making a fruity banana and sweet potato Run Down. 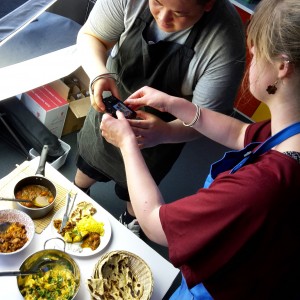 As everyone else slowly began slipping back into their original roles, it became clear that we were ready to mix things up, and so began the outings … 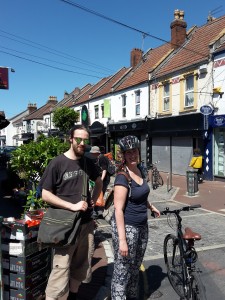 The first group were sent off on their adventure to Bristol’s multi-cultural epicentre, Easton. The self titled 'Team A' left in a blaze of sunshine, with calls following them “don’t forget the booze”!  They returned a few hours later with incense sticks poking out of their bags and a sweet smell of coconutty burfi behind them. 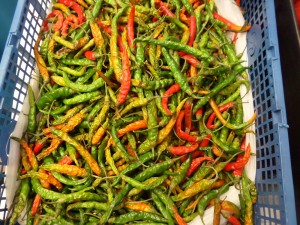 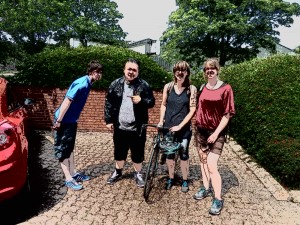 A new day at Spicery HQ and curator Jess was ready to push everyone back into their swapped roles after a somewhat normal day before. With the excitement of the outing whetting the appetites of all, the swap commenced amongst the hustle and bustle of the teams trying to ensure their Friday offerings were the best, eager to get their hands on the cava prize! 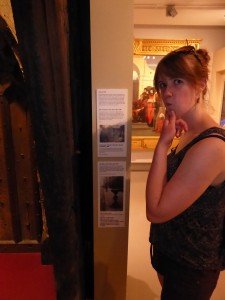 However, with Toby (Voucher Man) struck down, there was an air of panic as to who would process all the redemptions, who would be in charge of the Not on the High Street orders, who would play ping pong at lunchtime???  Was Job Swap about to die a death ... 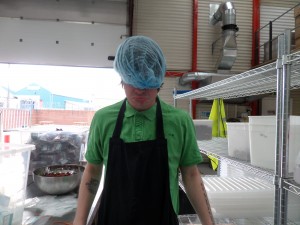 No! As it slowly dawned on us that we had chosen the hottest week of the year to perform our own inner-city spice travels everyone threw themselves into the event.  With Friday looming, the next group set out to explore Bristol, this time researching Robert Sturmy, John Cabot and the spice trade in the hope that they would perform their findings to the rest of us at the party on Friday (in a fun and entertaining way, obviously!). 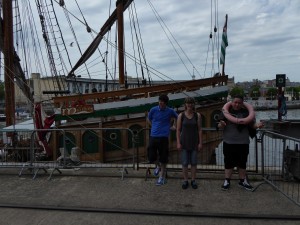 Before this was a tremendous lunch to celebrate Suze’s last day before her big world trip (and imminent birthday). Whisperings of the efforts the Easton group had made began circulating and instantly revived the excitement surrounding Job Swap and - after a hearty Madras - the groups dispersed. Day Four - Thursday: 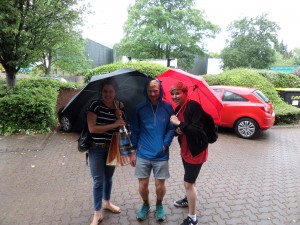 With the party tomorrow, paint began being splattered (only at The Spicery would you find a sachet of cubeb peppercorns within a tin of paint!) and paraphernalia continued to be gathered … it all started to get VERY exciting. 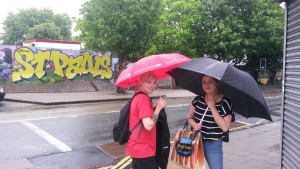 As the heavens opened, the penultimate group set off to St Paul’s (with some very exciting secret plans for Friday).  They covered St Paul's, corner to corner, getting their hands on cans of 'ting', patties, rum, and a 2 meter sugar cane. 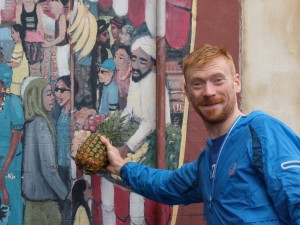 Day Five - Friday: As we waved Chris K off to Mexico, the final day's preparations began. The final group set off to St Nicks Market in the centre of Bristol before the rest of us even arrived to work (true commitment) and everyone else raced around, lighting BBQs, creating collages, whipping up hot sauces ...  the St Nick's group returned with enormous grins and full carrier bags and set about cutting out 34 different flags!!! 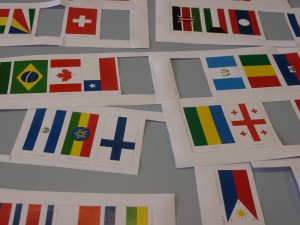 And then the PARTY! 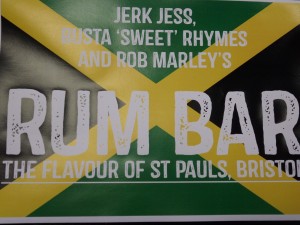 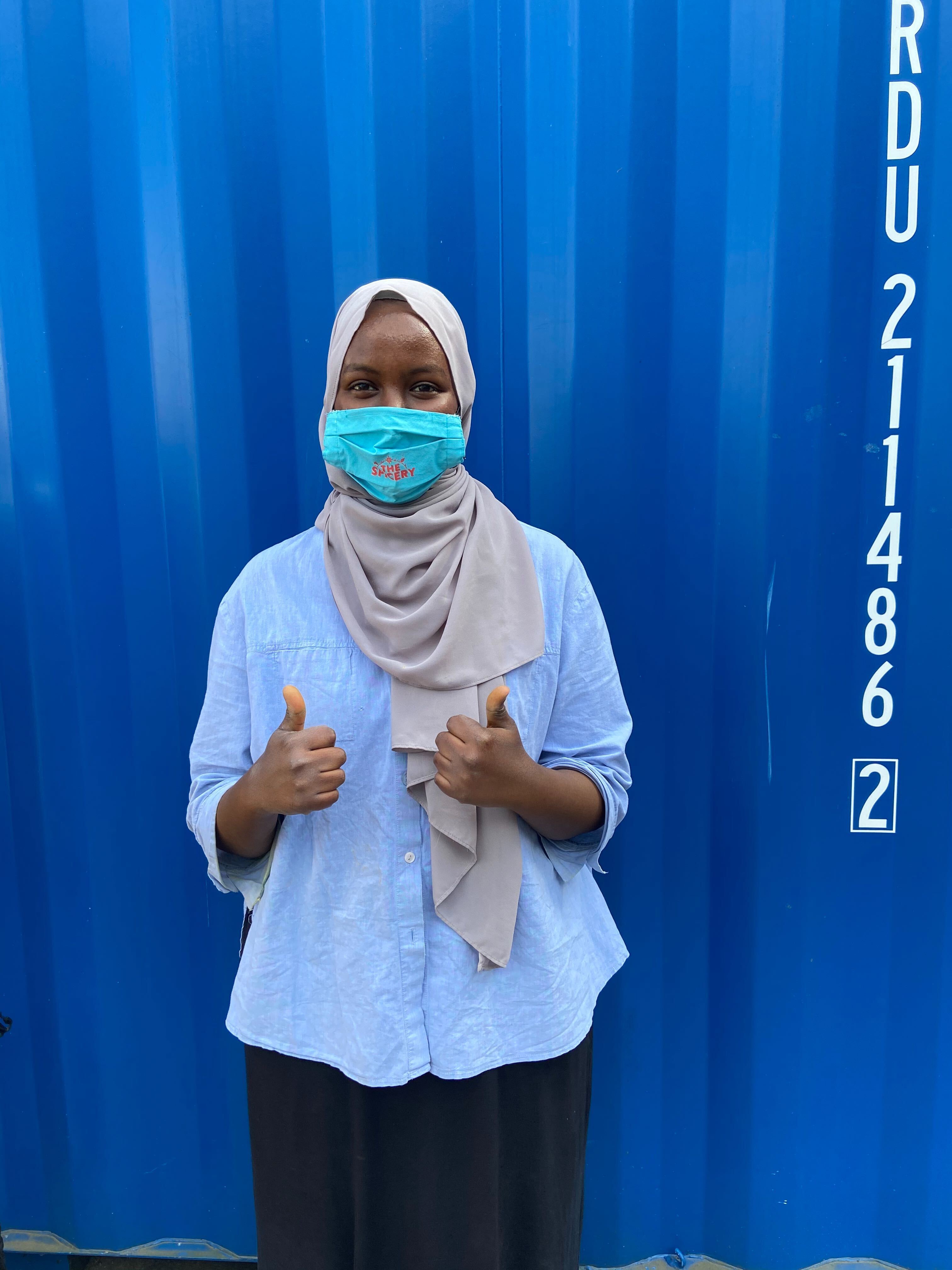 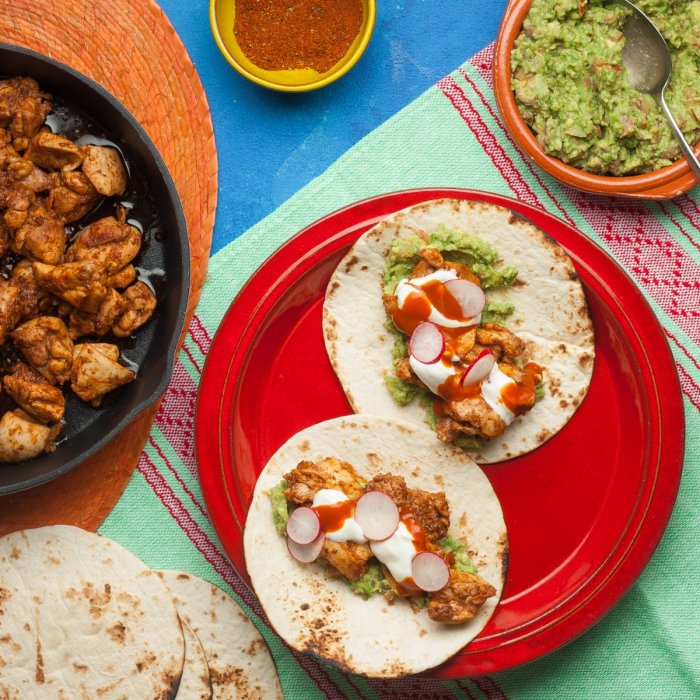