Moussaka is one of those dishes that I never have thought to make at home. It's also quite different from the usual Spicery fare that I bring back for home testing, so I wasn't sure what the end results might be or what the housemates would make of it. 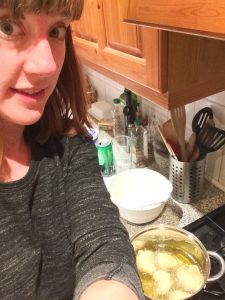 The prep was a bit time-consuming (so much cucumber!), but this time the housemates were prepared to wait and had beers and a starter of their own at the ready. Once it was finished however everything came together quite quickly and when the moussaka finally came out of the oven, everyone seemed quite impressed. 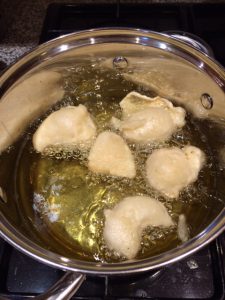 The main was delicious and though we thought we didn't have room for dessert, we somehow forced down the loukoumades and yogurt ice cream (favourite dessert of the housies by far!) and another Spicery meal went down in history as a success.

This was one of those cooks where everything was going right up until it went wrong. I had everything measured out, ingredients properly prepped into their own (the spicery's) tupperware containers, a favourite ale on the go and even a welcome surprise in the discovery of wooden skewers in our drawers (where we had forgotten to pick some up...). 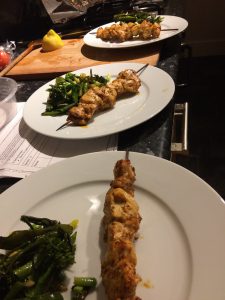 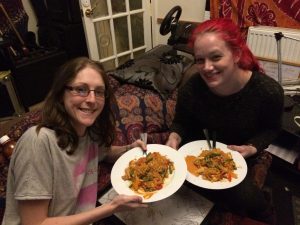 I quickly made my way through the recipe. Most of the steps, while long, we're very quick to get through. The Allioli and Romesco we're both very quick to make and now have a permanent place in our condiments cupboard. The pinchos morunos we're simple and delicious! Very easy dish and great feedback from the fellow guinea pigs! 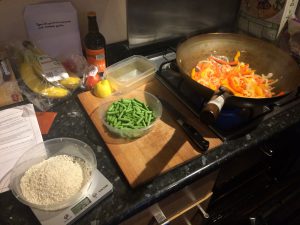 The paella, however, is now earning a place in the 'dishes that should be easy but...' category, next to frying chilli flakes in oil. Carefully avoiding the bottom of the paella which, instead of the golden crunchy rice, had more of a scorched earth look, I plated up and served. Luckily a taste disaster was avoided and the paella was delicious! I would definitely try this again, having (possibly) learnt from my mistake this time!

After a year of pasta/pesto-esque meals (oh, life with a baby!) the thought of a three course 'date night' was daunting! As much as the meal sounds sophisticated (complicated) it was actually a breeze to prepare and mostly could be done in advance! I followed the instructions but allowed for inevitable gaps between steps which caused no problems at all. The starter was Bouillabaisse, a deliciously seasoned but simple prawn soupy stew. It matched one I've had in a post harbourside restaurant so I was chuffed! I was a bit perturbed de-veining the prawns but that's my bad for buying raw prawns and trying to be clever! 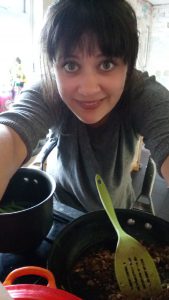 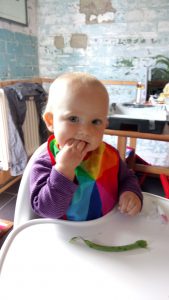 Next was the Daube (a sort of duck leg stew). Duck isn't my favourite meat but this slow cooked version made for a succulent main and served alongside crunchy green beans and duck fat potatoes, who's complaining! 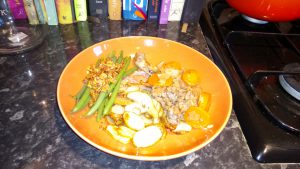 To finish, we had Bavarois, a set cream infused with vanillery tonka beans and served with Sable (biscuits reminiscent of wet sand, in a good way). This was the perfect, sophisticated end to an indulgent and decadent meal. I'll enjoy one again in a year's time!

The fond memories of Chiang Mai street food from a couple of years ago definitely influenced my decision to pick this recipe this month, despite not actually being sure what I was making. 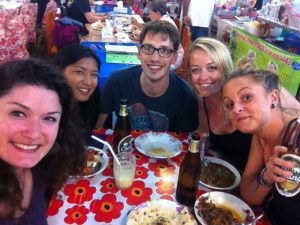 Despite my fears that I may struggle to find some things I had never heard of (Nam Prik) in Tesco, I found everything easily; which was fortunate considering I had promised I was making it in less than 2 hours! 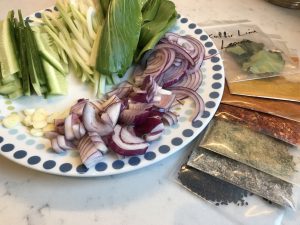 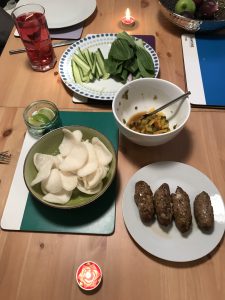 The only bit which we struggled with was saving the Khao Soi after letting it simmer for to long and reducing to much (we took our time eating the starter). We managed to bring it back with some of the left over coconut milk and a decent splash of boiling water. Alls well that ends well (especially when it ends with Mango dessert).

So I’m making the Sri Lankan Roast tester kit, The Spicery’s twist on a roast dinner. As Someone who’s always adding extra chilli to their food it sounded very good, and it gave me the excuse to eat meat at home as I usually don’t! 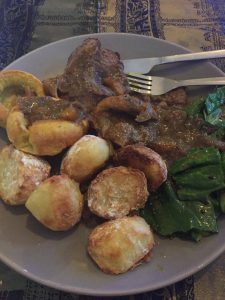 I really enjoyed the meal and it will all very simple to make, I would say one of the easier Spicery kit’s I have cooked. The beef came out well with the instructions given and the beef spices gave it a spicy twist which was a nice change to the normal roast beef. The Yorkshire pudding was also very nice, different to your standard English one. The cinnamon masala was great and I liked this one the potato’s and with the gravy it worked really well. Overall I thoroughly enjoyed the meal and it was a change from a normal Sunday Roast dinner. 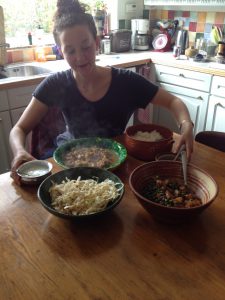 Compared with the other Spicery meals i’ve cooked, this was pretty simple and straightforward to make, which was perfect as I was cooking solo. It does quite a bit of chopping at the beginning, but I really like chopping- I don’t know if that’s strange but there's something quite nice about spending time prepping veggies.

The prep and cooking times i’d say were just about equal and it all comes together in the last five minutes, (which meant i was running low of hob space) but the addition of the peas to the Aloo Matar, yoghurt to the fish curry and a whole cabbage sabzi dish meant that suddenly the meal felt complete just before setting up in the garden to eat up in the last sun of the day

We all agreed that the Aloo Matar was our favourite part, delicious! Especially with little charred potato from the bottom of the pan which tasted amazing whether it should have been there or not! The tomato chutney also went really well and was surprisingly sweet, and mustard fish delicate in a rich creamy sauce of amazingness! 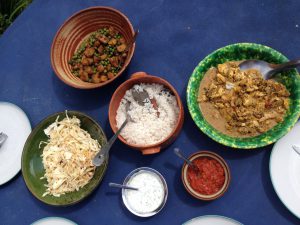