Dining in Delhi (without the dreaded belly!) 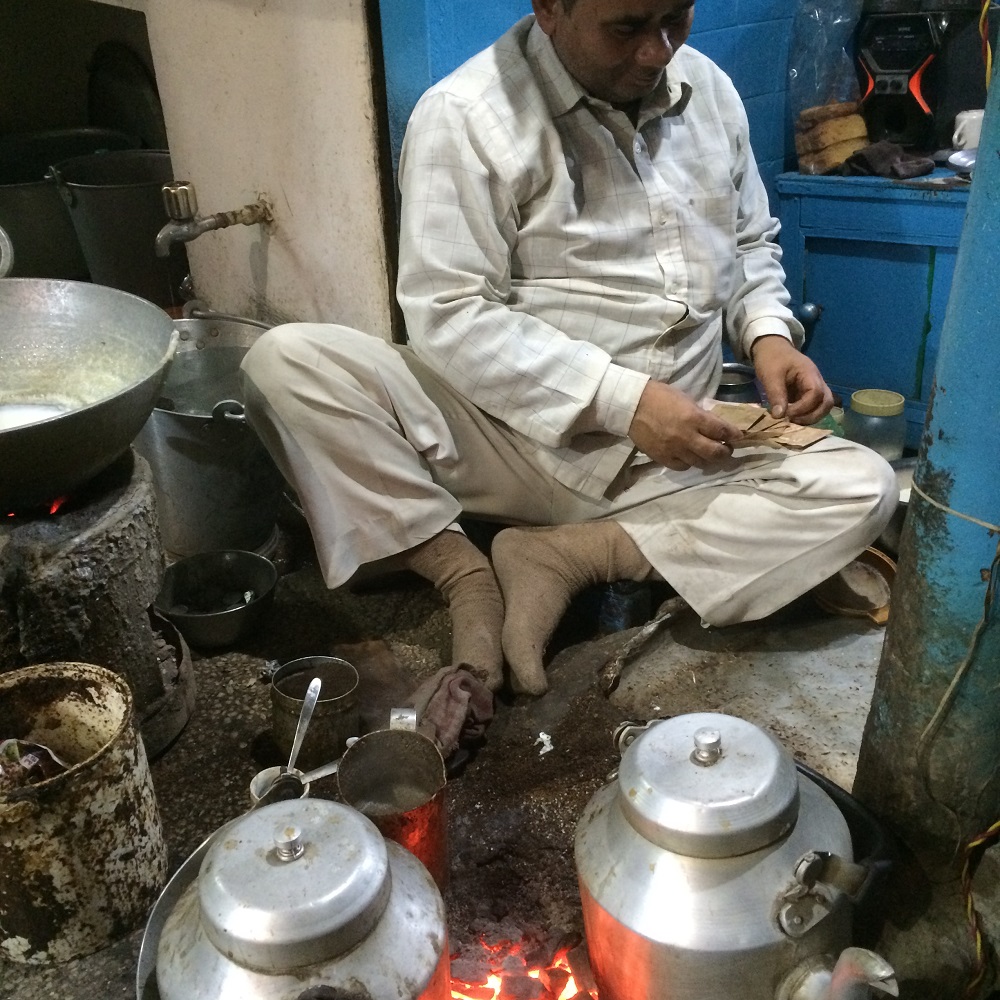 I first visited Delhi about 20 years ago, and not surprisingly, quite a lot seems to have changed in that time....

The city (which was already pretty enormous back then, spread across the ancient Moghul capital and the Lutyens-built area of New Delhi), has now expanded about a further 100km out into what was then countryside. As far as the eye can see, there are glass and steel offices and apartment towers, motorways, monorails and luxurious shopping centres. Pretty impressive stuff, but one thing that hasn't changed much are the chaotic streets of Old Delhi and it's here that you'll find much of the city's best food. 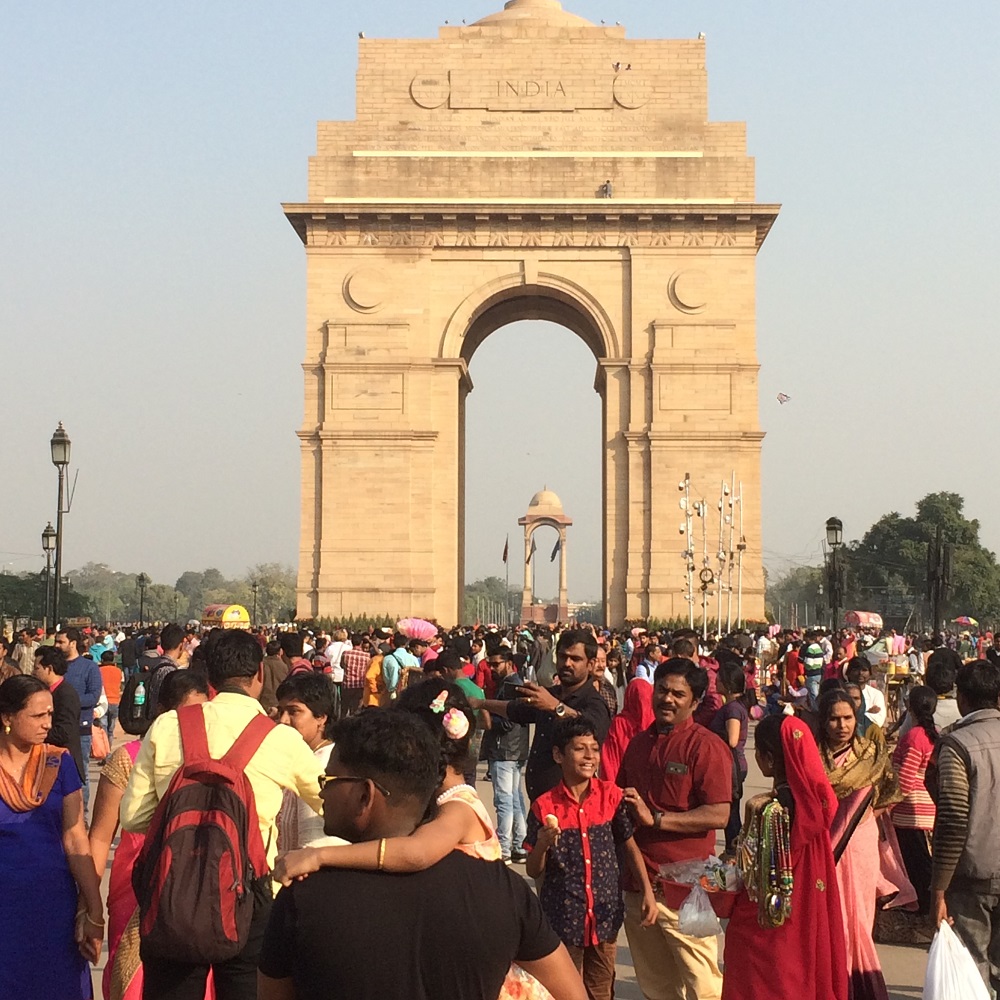 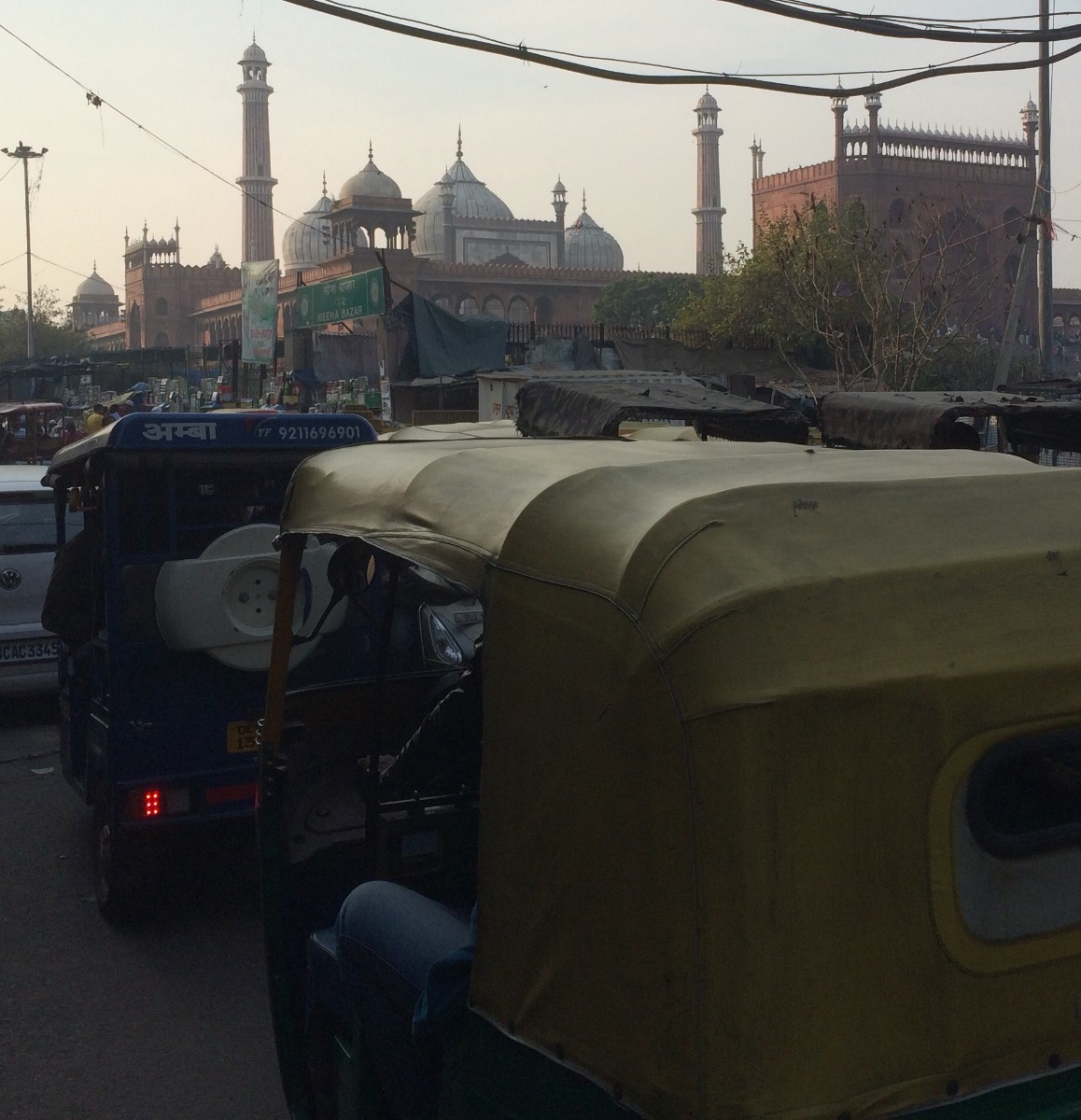 After first visiting our saffron supplier and seeing what $4million worth of saffron looks like (the trained sniffer dogs by the exit definitely put me off pocketing any freebies!), I headed into Old Delhi to rediscover the fantastic food there. 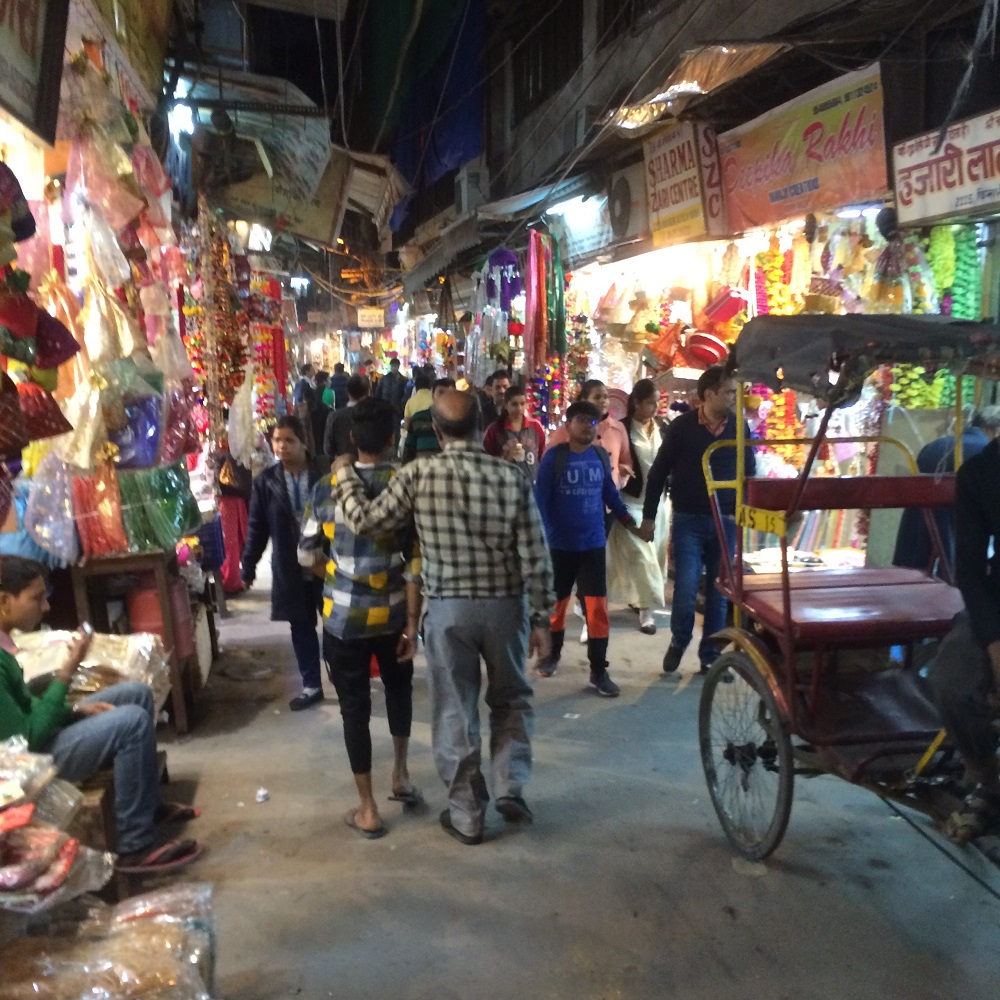 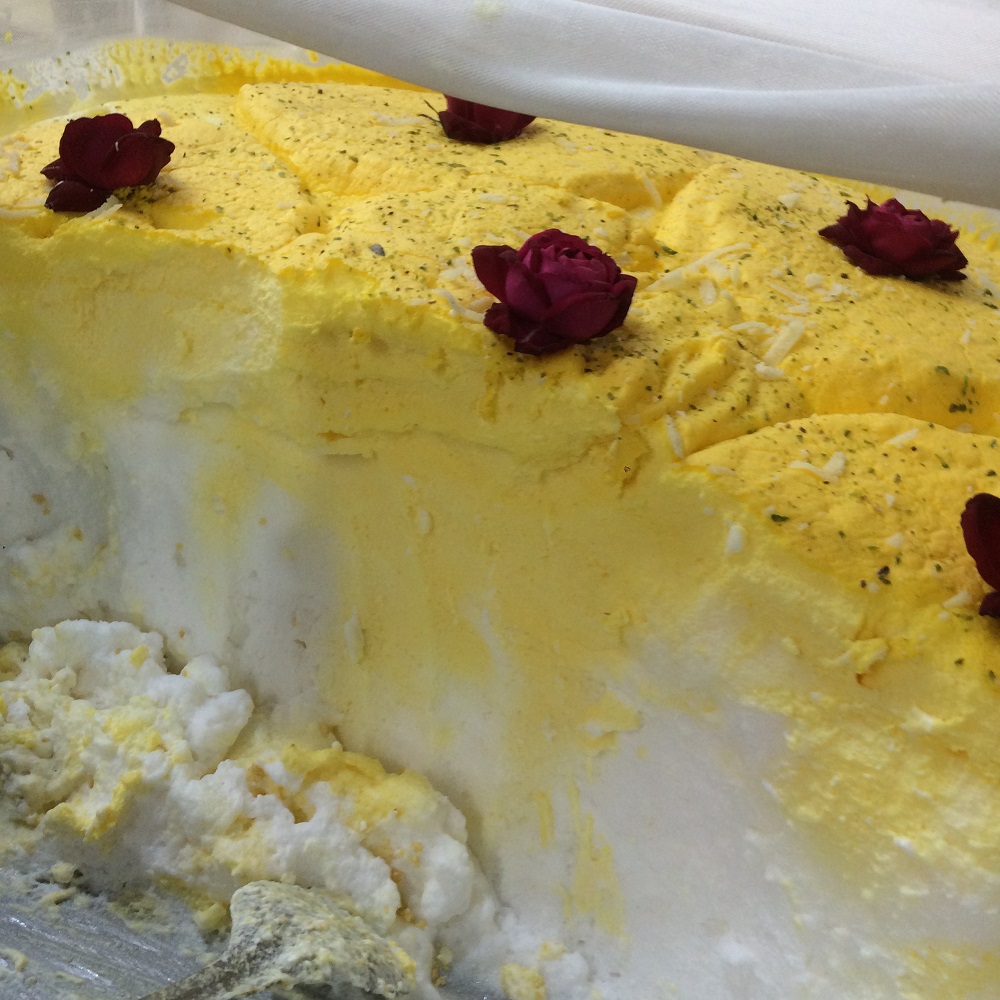 The crowded streets of Old Delhi / Daulat ki Chaat - an incredible dessert of the lightest imaginable whipped creamy milk topped with saffron. Like eating sweet saffron-scented air, a real treat and only available in the winter as apparently it needs a particular type of cold dewy morning in order to set! 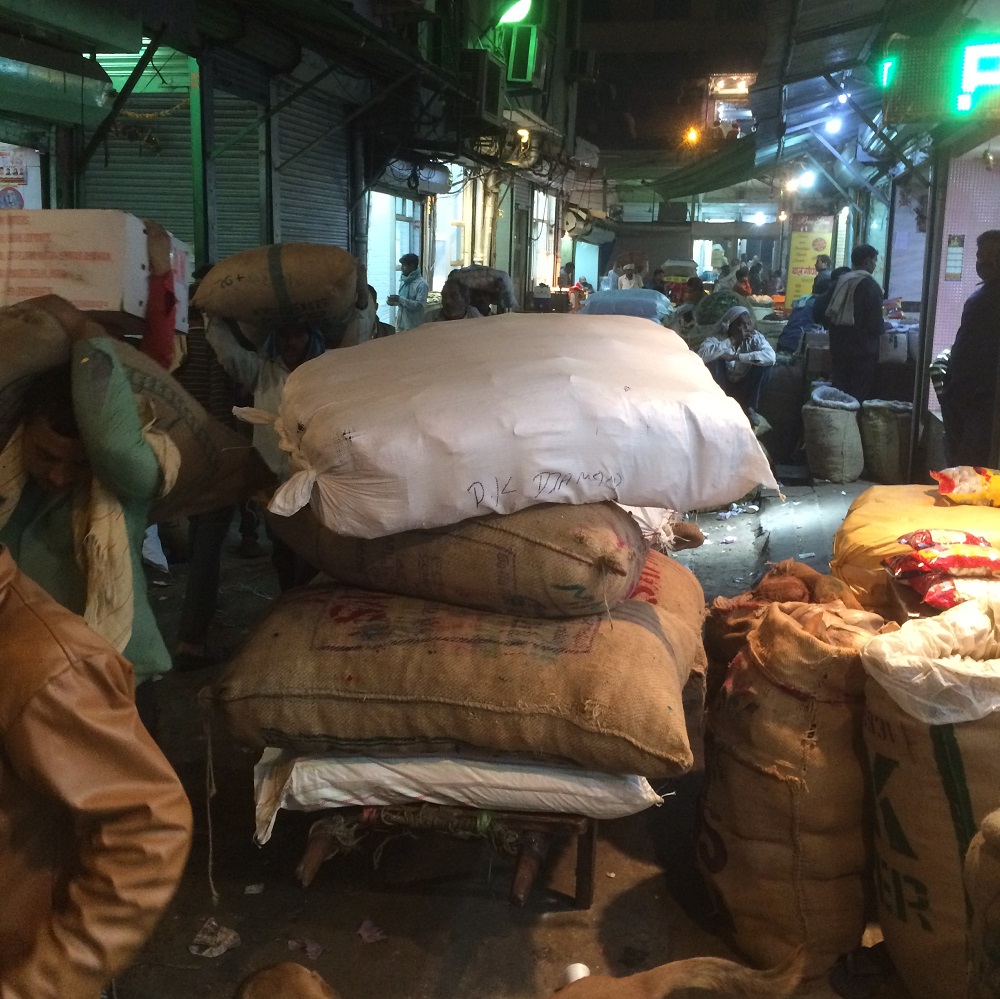 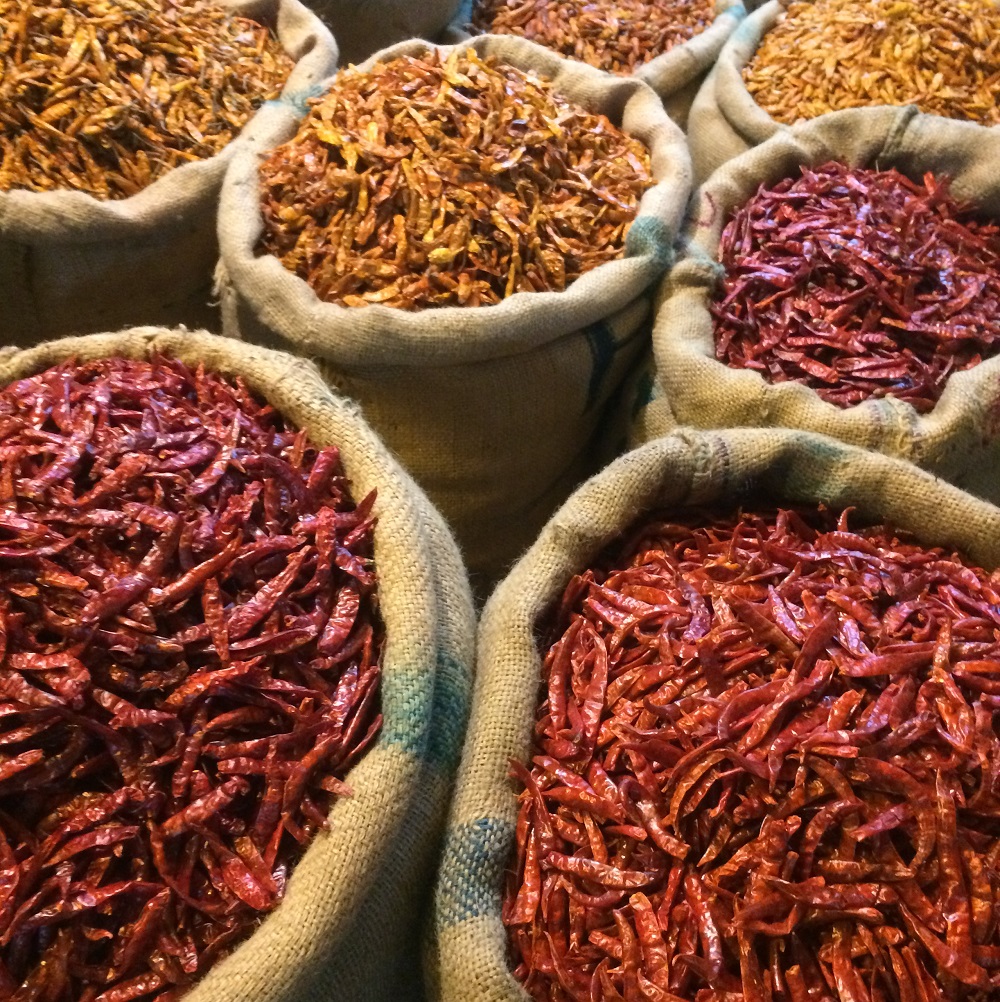 Khari Baoli - the heart of the spice market in Old Delhi. Since the 17th Century to the present day, this has been the biggest spice market in Asia. It's surprising to see how small the stalls are and how crowded the narrow streets, but deliveries are taken in and sent out continuously from dawn until late night so that many tonnes of spices are distributed from this market every day. The air is thick with the smell and oils of dried chilli that are everywhere you look, either stacked in huge jute sacks or crushed underfoot in the mad scramble to get around so that everybody is continually coughing and sneezing. Just like the chilli market in Guntur, it seems that no matter how long you're around the smell, your body still can't help reacting in the same way! It was interesting to see these yellow chillies that I'd never noticed before. They're widely used as a powder in Delhi - they're slightly milder than red chillies but the flavour isn't too different. 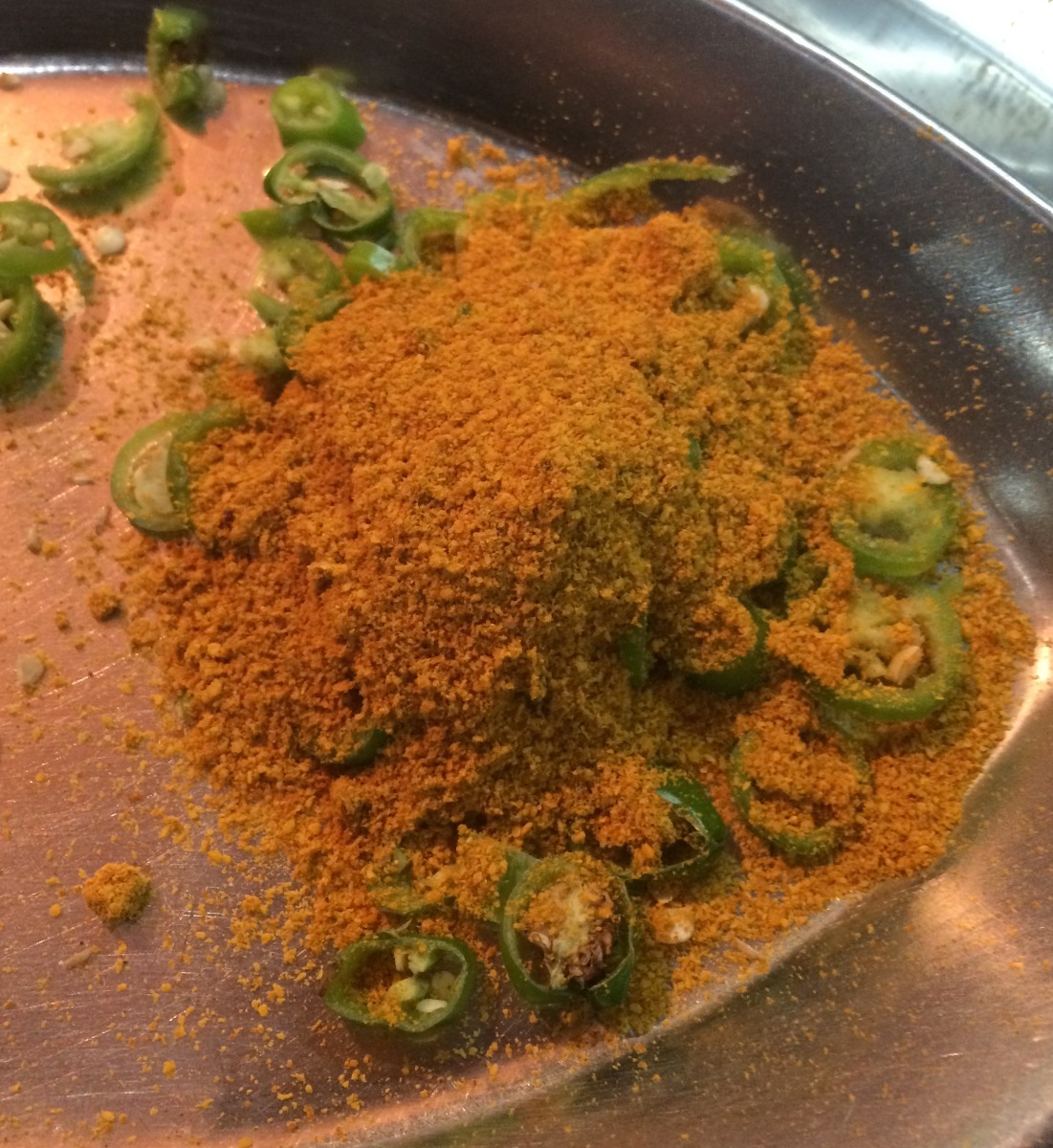 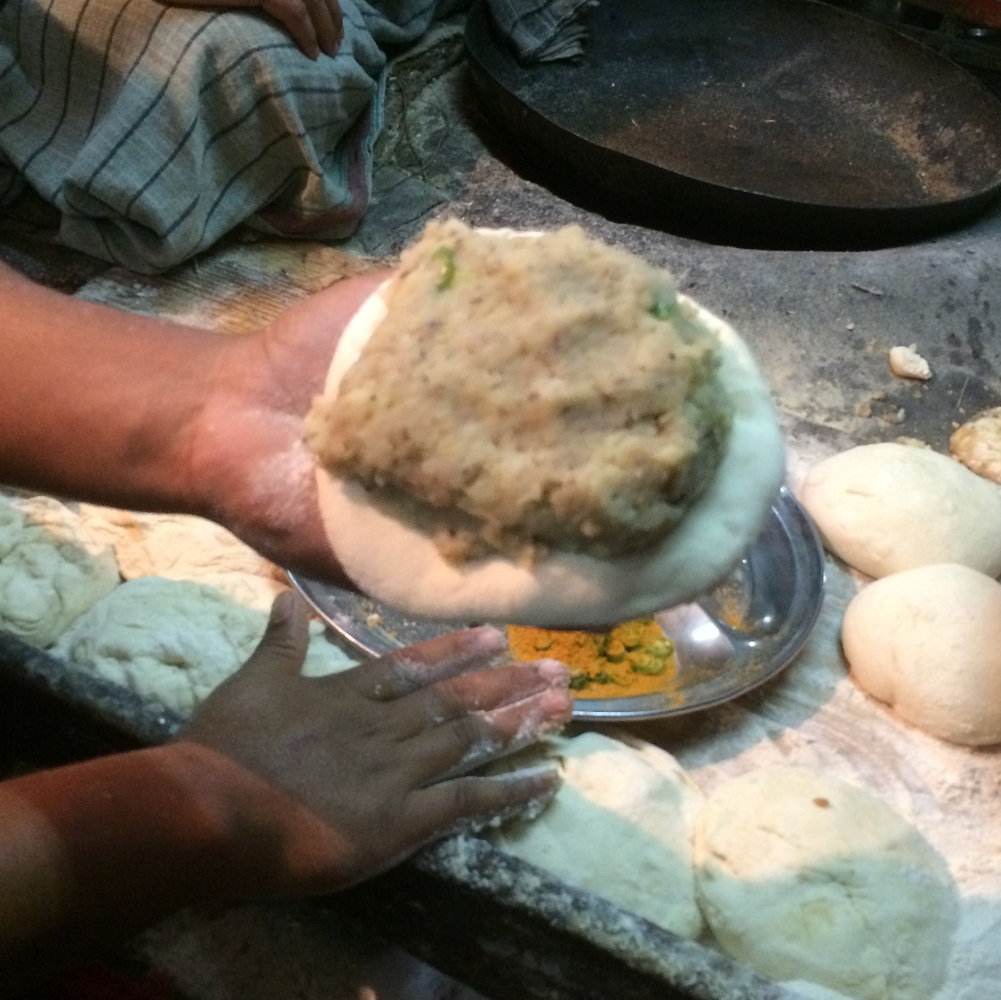 The breathtaking amount of chillies about to go into my potato paratha - 3 or 4 chopped fresh green ones and about 6tbsp of the yellow chilli powder! / Making the paratha by folding the dough around mashed potato seasoned with chaat masala and the chillies. 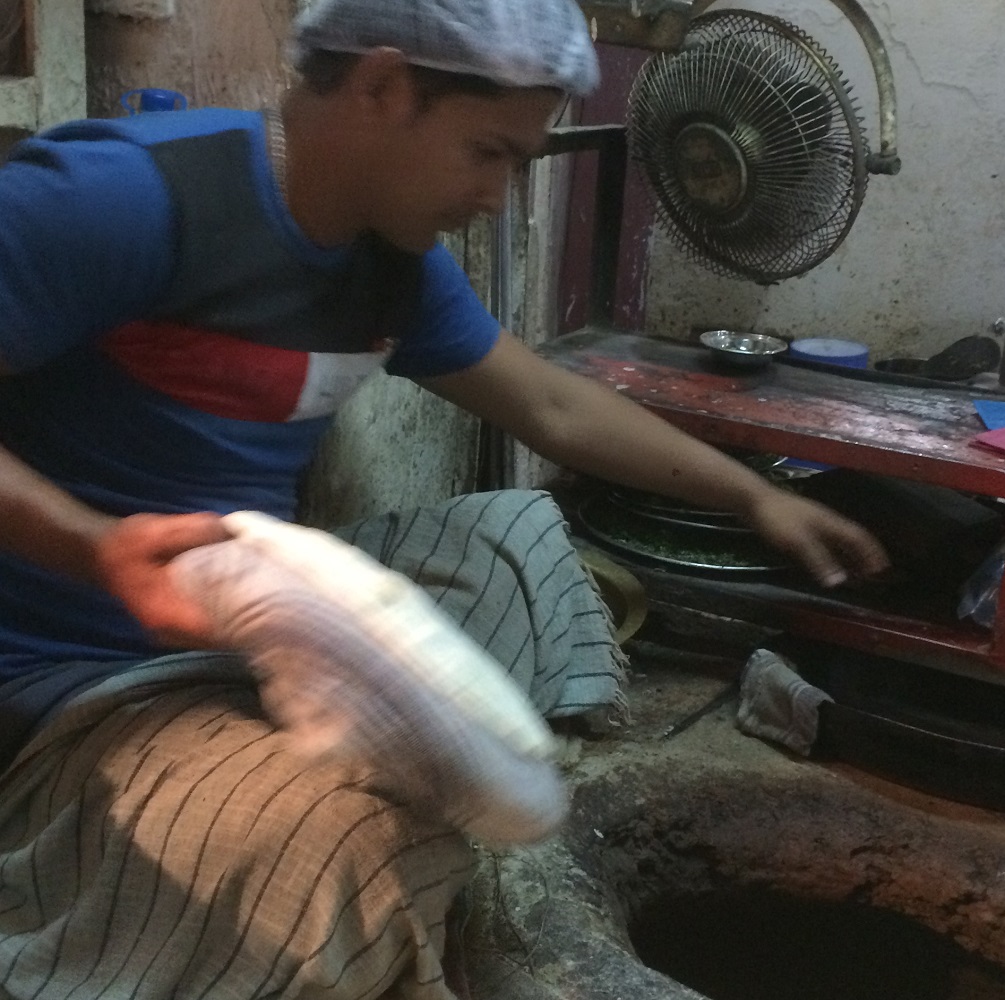 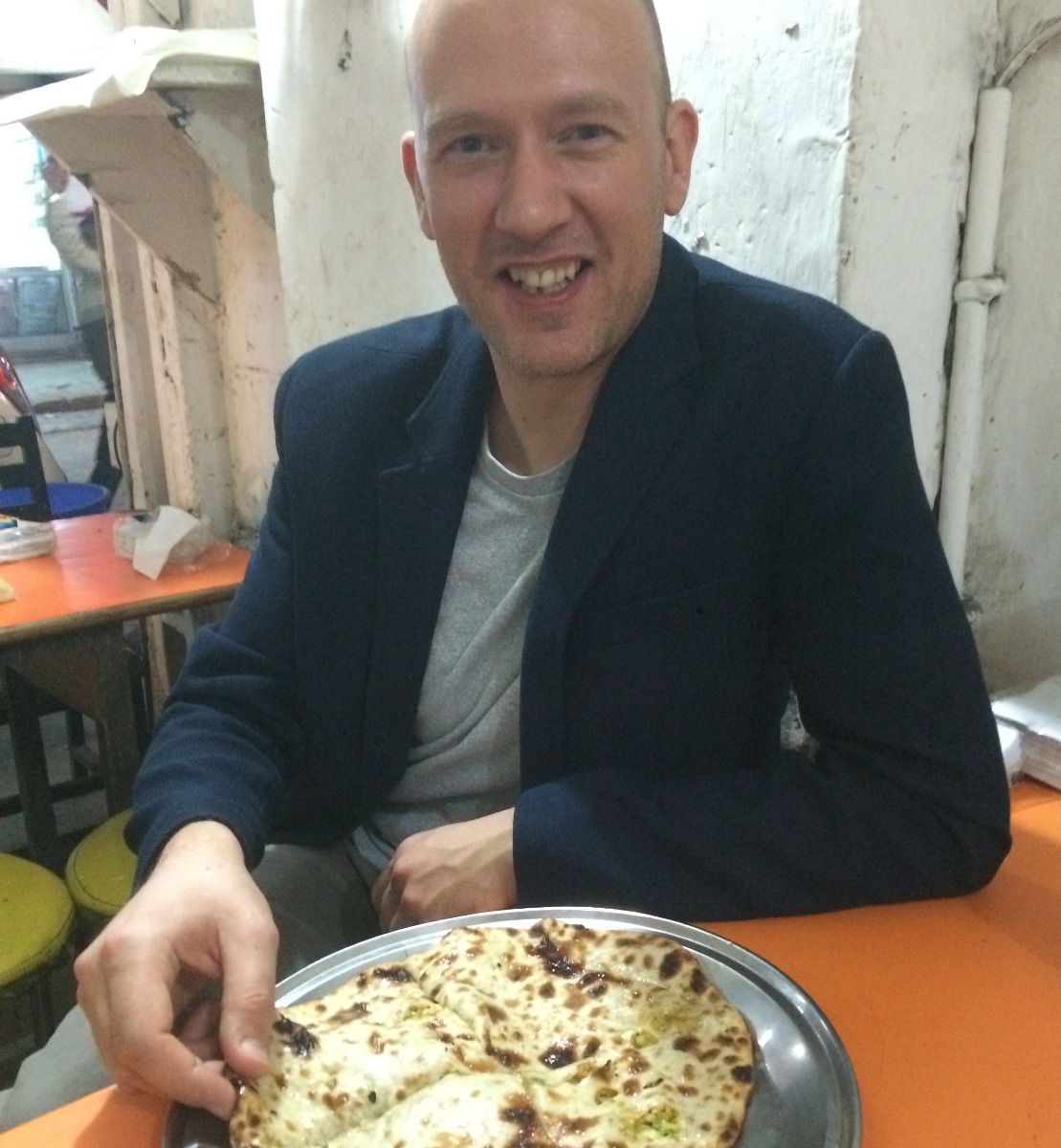 The paratha being placed inside the red-hot tandoor / Me trying to look confident and nonchalant before trying it - to be honest it was incredibly delicious, hot but really moreish. The staff were all really worried and nervously watched me eat, as they didn't seem to think it was humanly possible for a tourist to cope with anything as hot as that. I even got a high five from the chef afterwards! 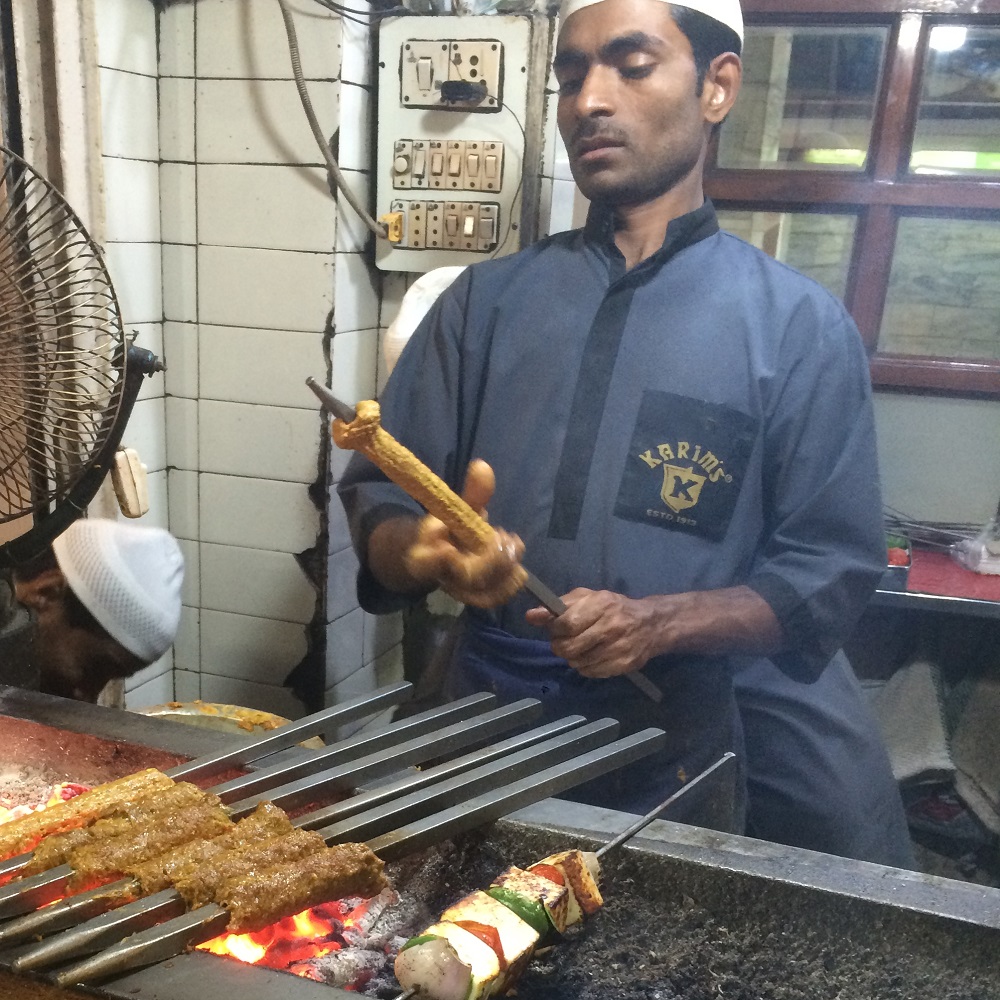 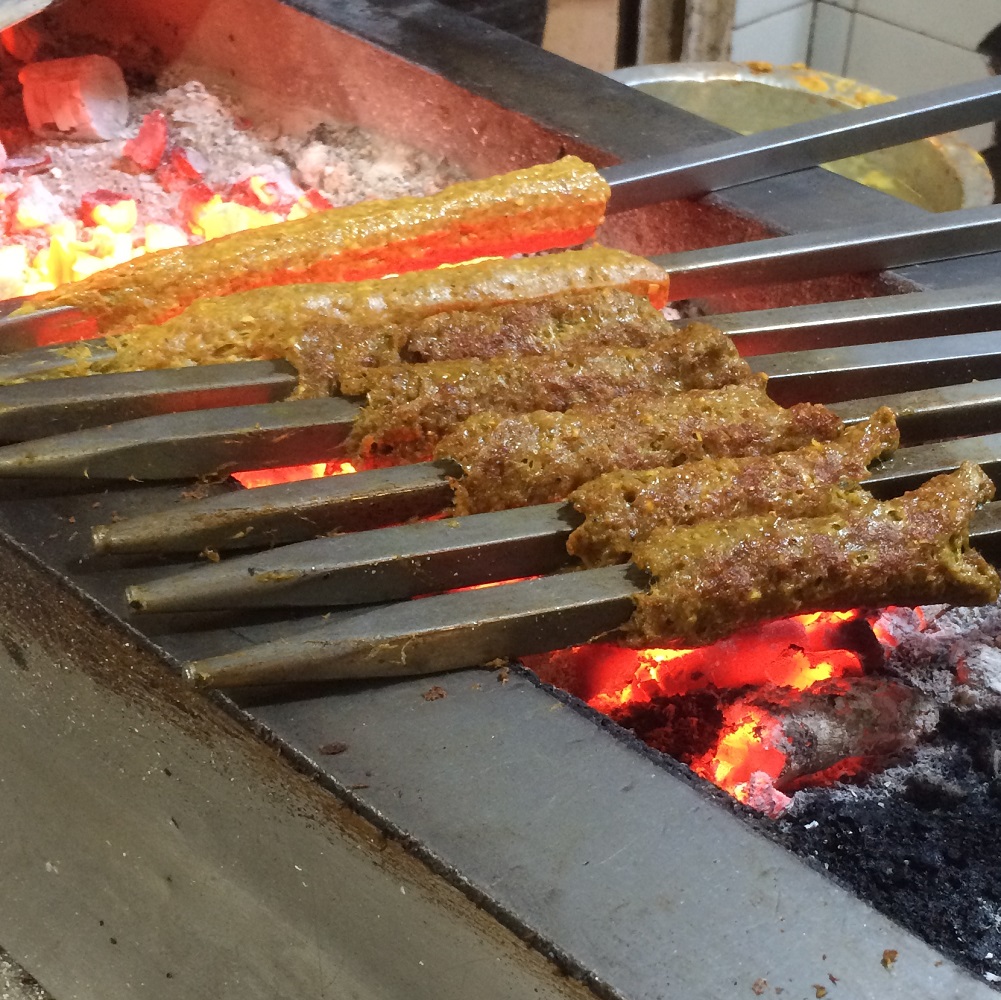 Making kebabs at Karims / The texture is smooth and rich with fat (both lamb fat and butter), so the kebabs shrink and lose up to half their size when they're grilled as it drips out over the coals 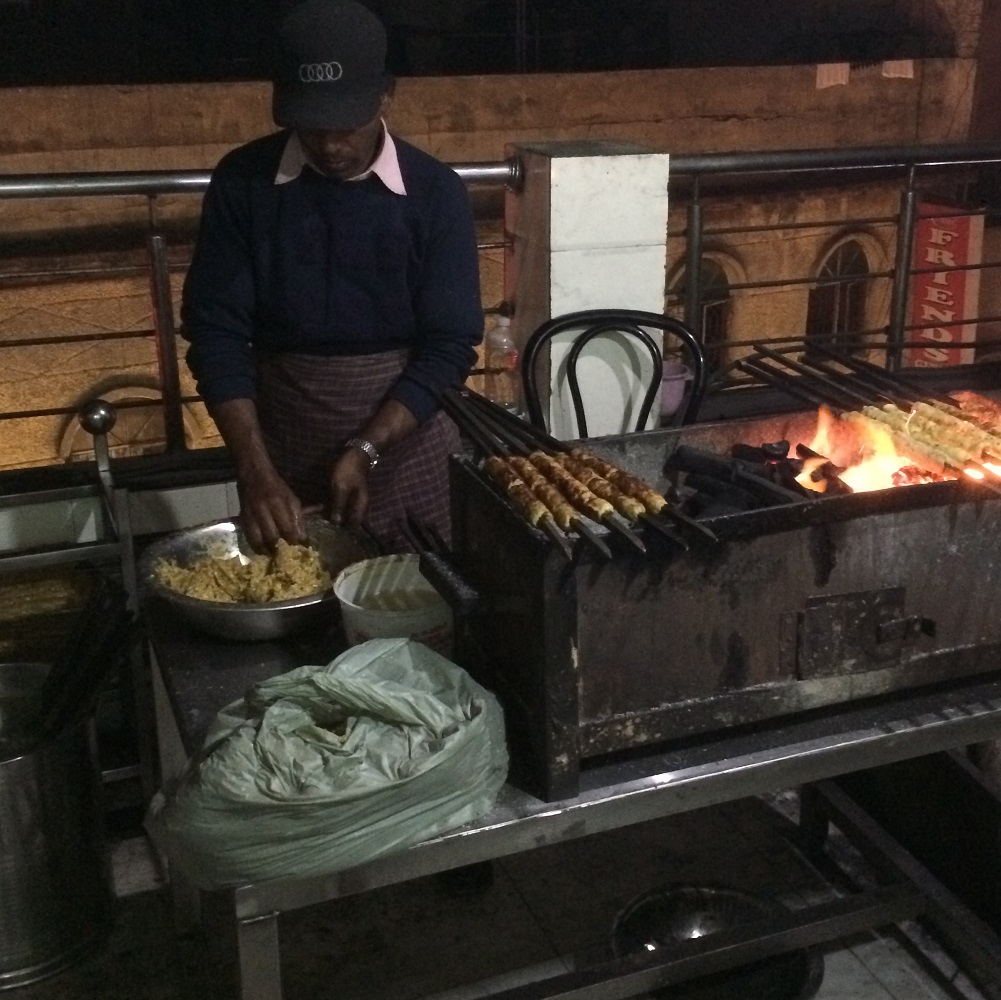 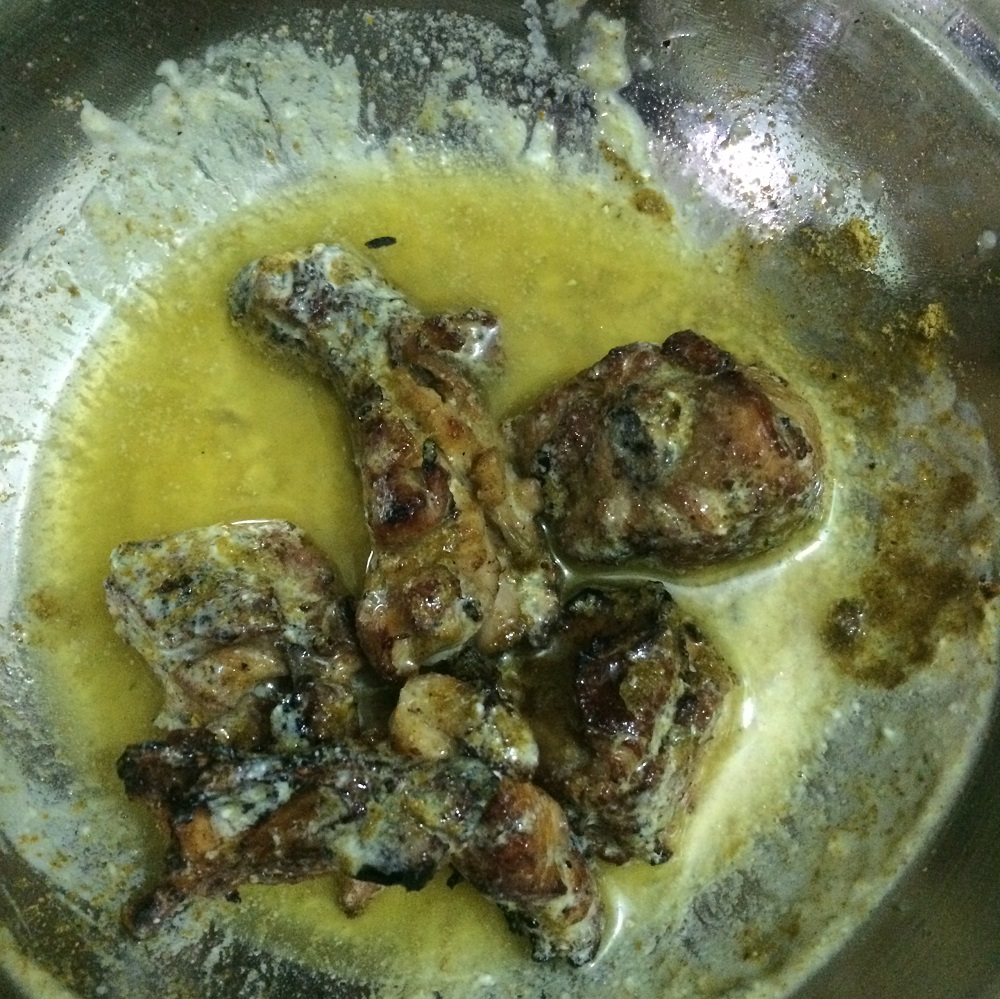 Grilling chicken in a rootop restaurant / 'Butter' chicken - grilled chicken tossed in hot butter, spices (chaat masala and yellow chilli powder). Not much of a looker but finger-licking good! 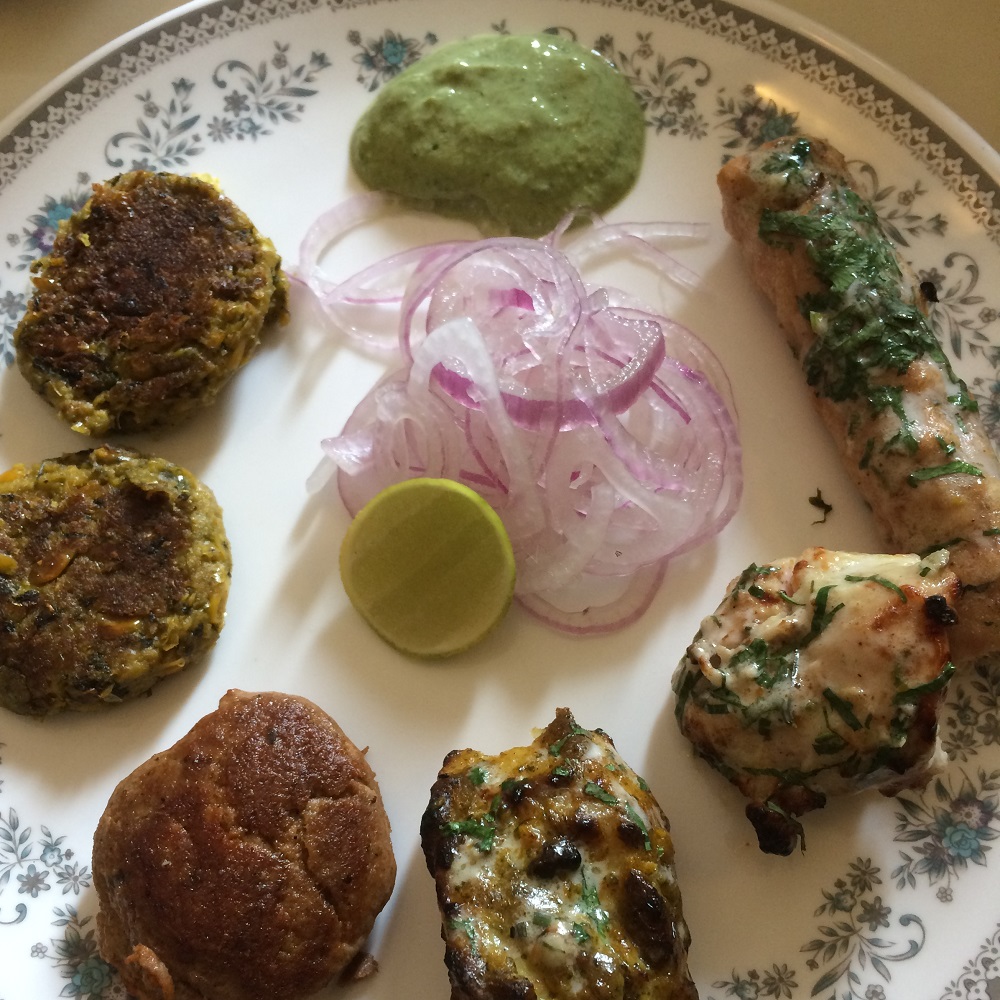 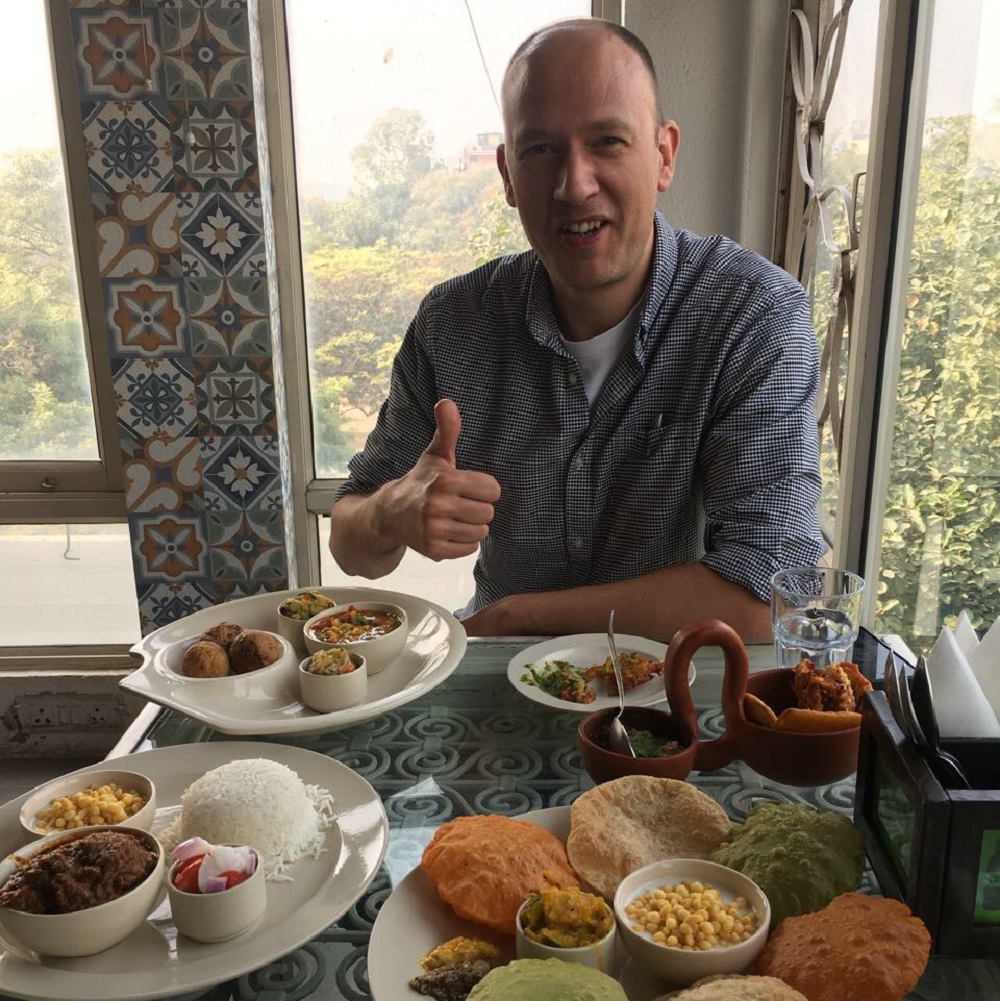 A rather fancier kebab selection at a restaurant in New Delhi - shami kebabs, makkai methi kebab, reshmi kebab, galouti kebab and sheekh kebab / Some unbelievably delicious Bihari food which I'd never tried before and was really interesting to learn about - watch out for some new Bihari recipes in your curry boxes soon!