Whilst us Brits think of curry as an Indian dish, in Japan it’s known as ‘yōshoku’ meaning Western food because it was introduced to Japan via the British at some point in the late 19th century.

The story goes that the original Japanese version of a curry was based on the versions that the British Royal Navy ate - a stew of meat and vegetables, thickened with flour and flavoured with curry powder. It’s since been adapted in many ways and here are a few of the favourites:

The popular
Katsu curry - where a breaded cutlet is deep fried and served with a smooth curry sauce (you may be aware of the existence of this version from popular Japanese restaurant chain Wagamama!) 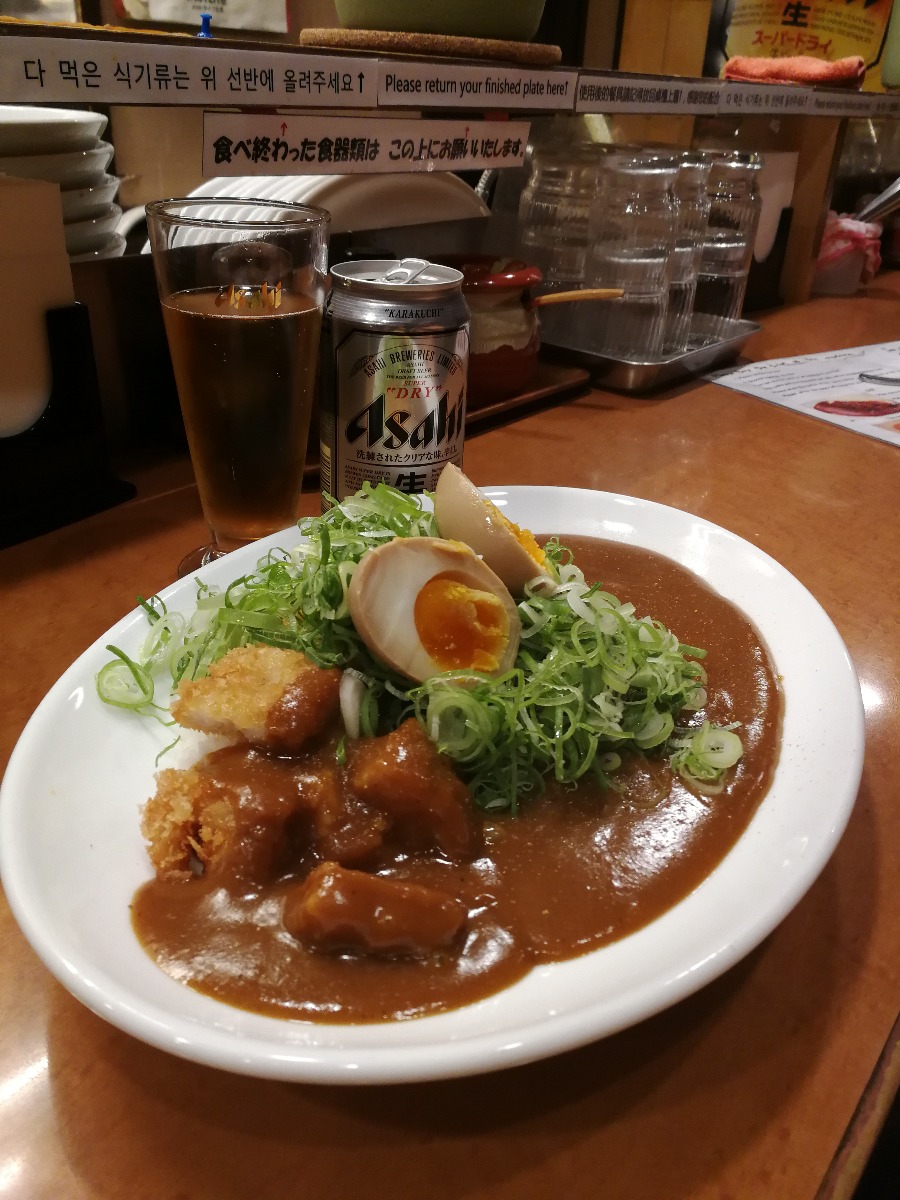 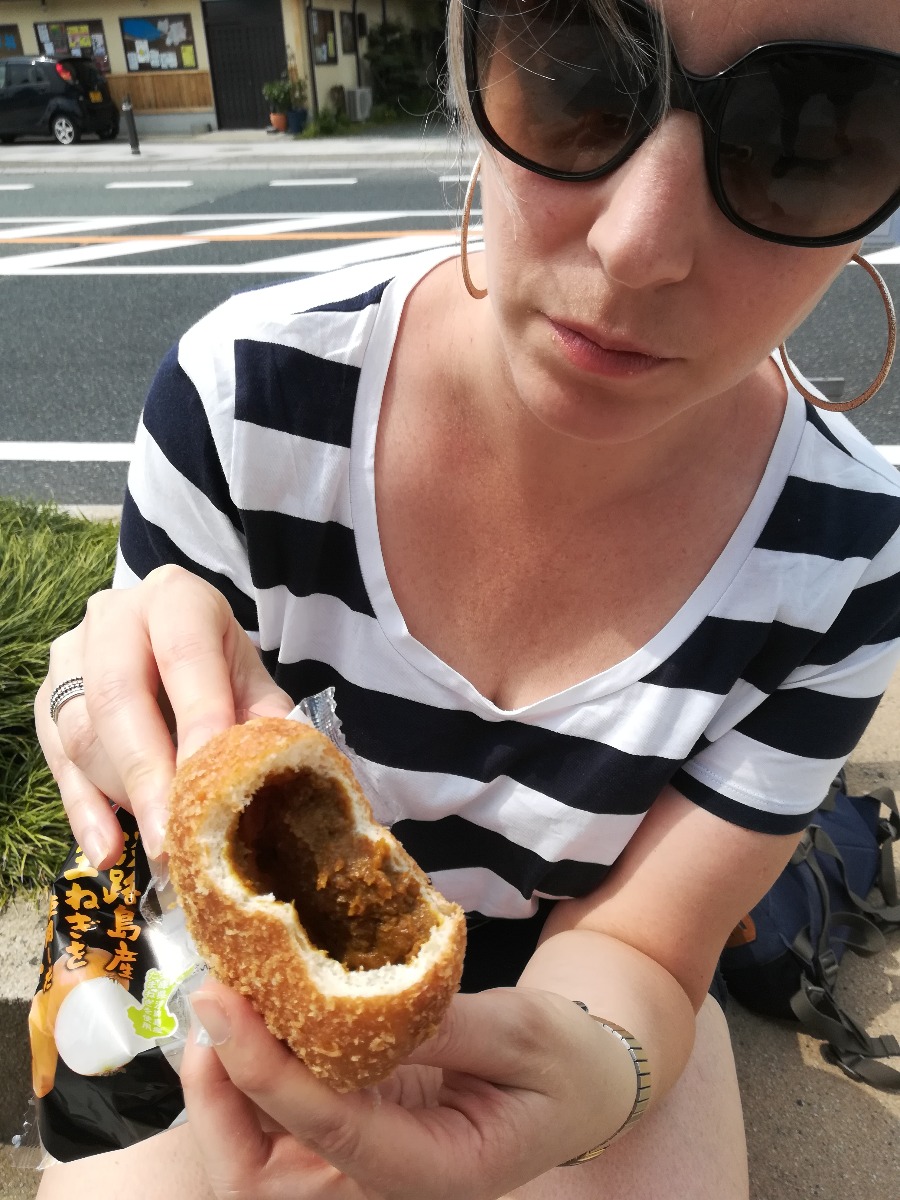 Kare pan - a savoury curry doughnut, something of a revolution for a grab and go breakfast snack
Kare udon - a curry sauce with pieces of chicken and carrot served with thick, chewy udon noodles

And the lesser known
Kuro curry - ‘kuro’ means black in Japanese and this dark coloured version of curry is said to have originated in Kumamoto where they harvest black seaweed and add it to the curry for a unique colour and flavour. Chocolate, coffee or squid ink can also be added to get the desired black colouring and rich flavour, we tried the coffee version in Kyoto and it was delicious! Sign up for a Friday Night Curry subscription to try the recipe! 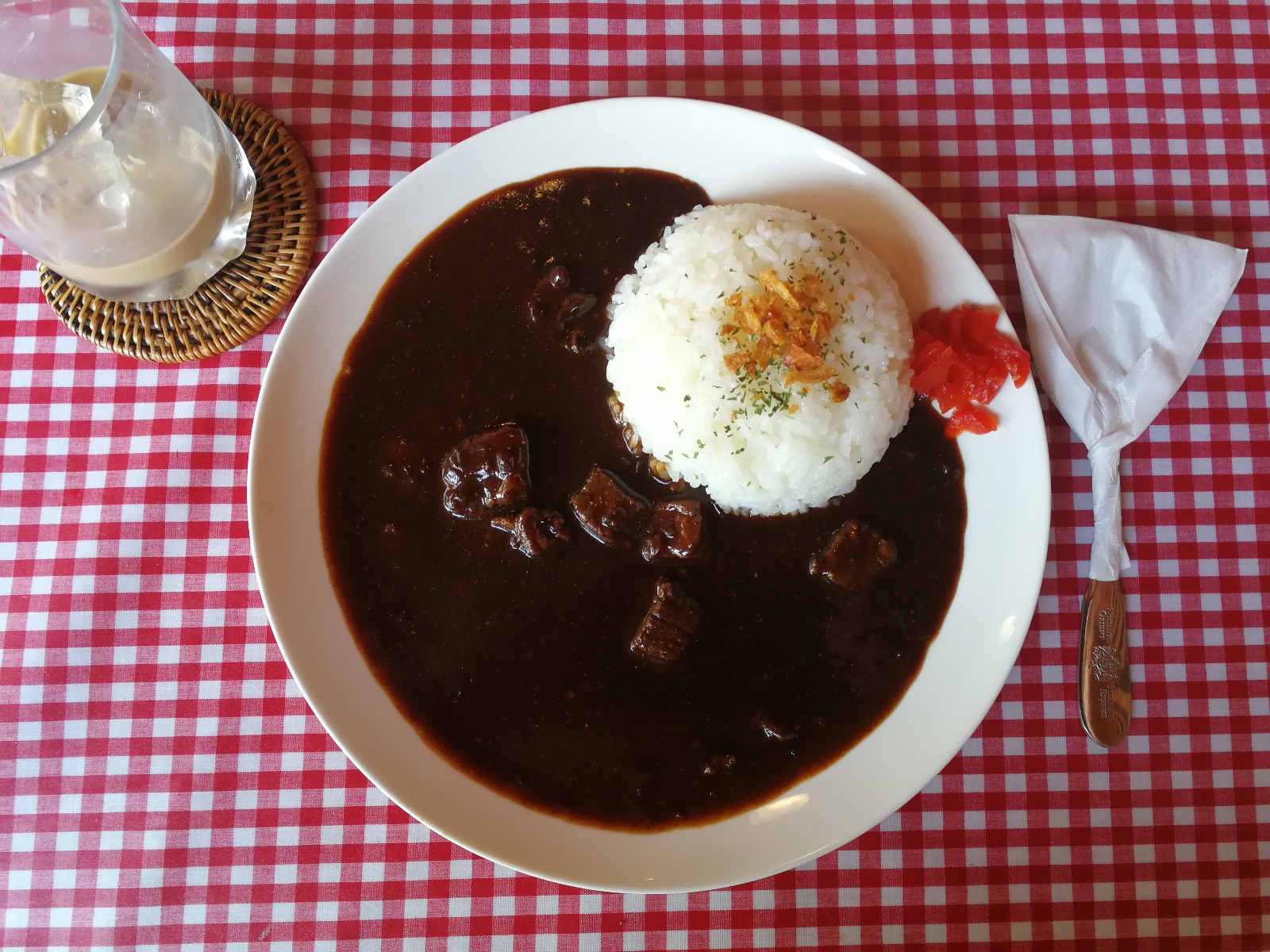 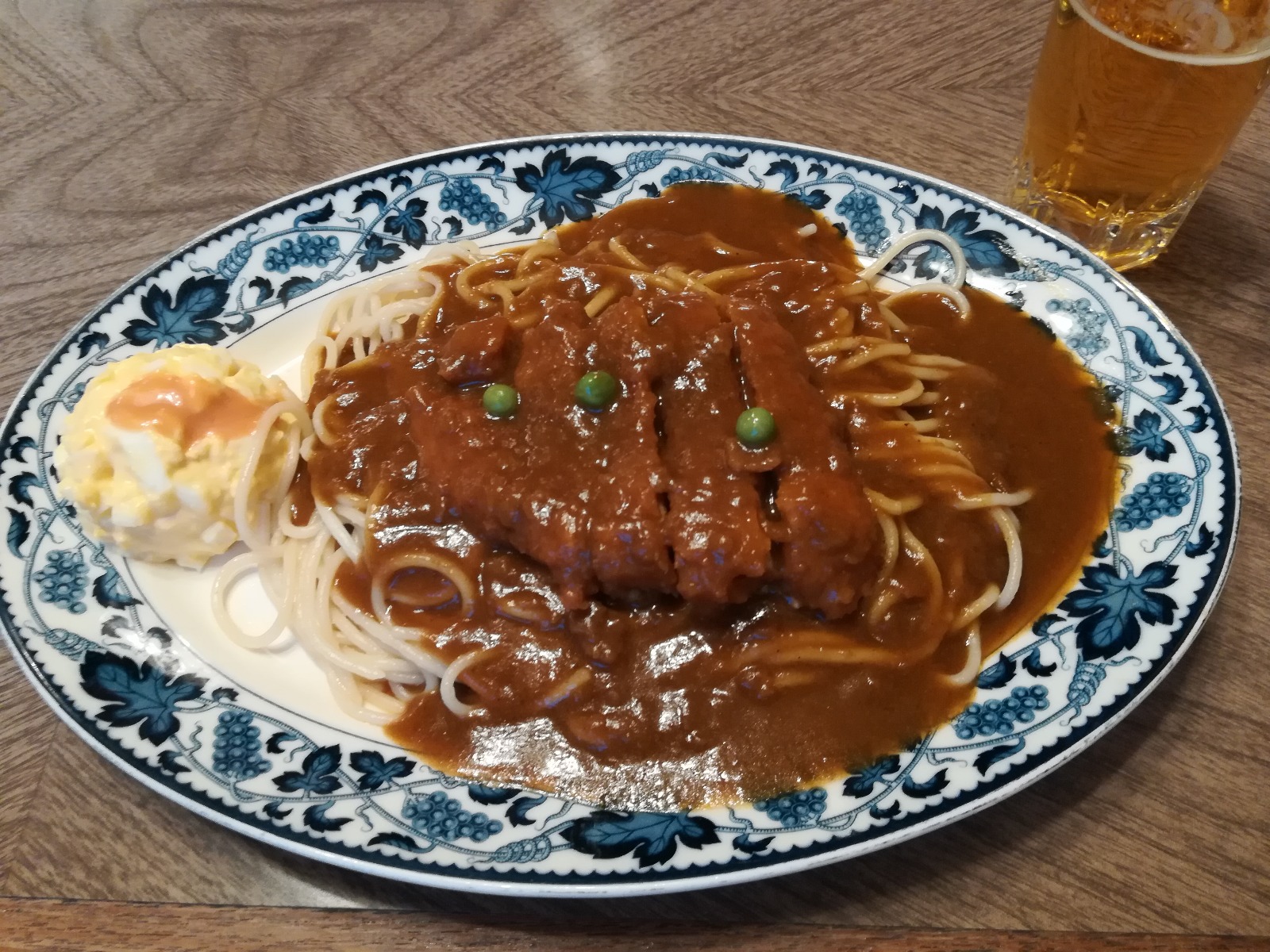 Keema curry - whilst the original Japanese curry was introduced by the British, this curry is a nod to its more authentic Indian origins...but it’s still served with sushi rice and minced pork is used in place of traditional lamb 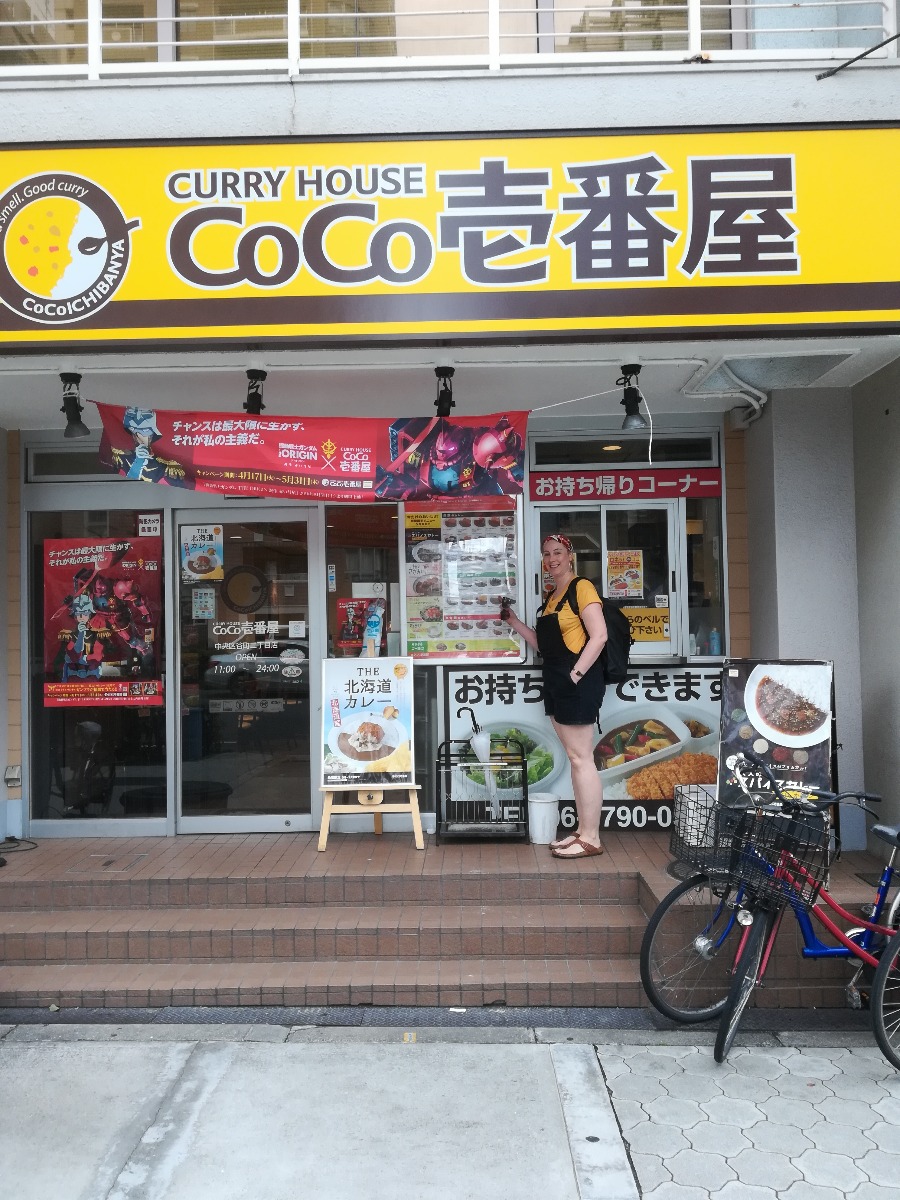 Curry yakisoba - yakisoba is basically the Japanese version of chow mein, and this version has the addition of curry powder! The small town of Amanohashidate is famous for this dish, said to have been introduced to the nearby town of Miyazu by a Chinese immigrant who moved to the area in the 1950s.

Curry accompaniments
Pickles - the traditional pickle to serve with curry is known as fukujinzuke and is a mixture of aubergine, daikon, cucumber and lotus root pickled in soy sauce and mirin
Eggs - hard boiled, soft boiled in a hot spring, known as an ‘onsen egg’ or just a straight up yoke - there are very few dishes which can’t be improved with the addition of an egg - especially if you’re Japanese
Curry powder - there’s usually a pot of this at the table just in case your curry appetite hasn’t been sated

Homemade curry
Whilst eating curry in a restaurant in Japan is relatively cheap, people still ‘make’ it at home. Curry powder can be purchased, the main brand being S & B and the the home cook would have to make a roux ( a mixture of fat and flour), add chicken, vegetables and possibly stock then bubble away. Even less effort are the endless options of ready made curry roux blocks where all you have to do is add meat, vegetables and water or better still the popular boil in the bag versions! 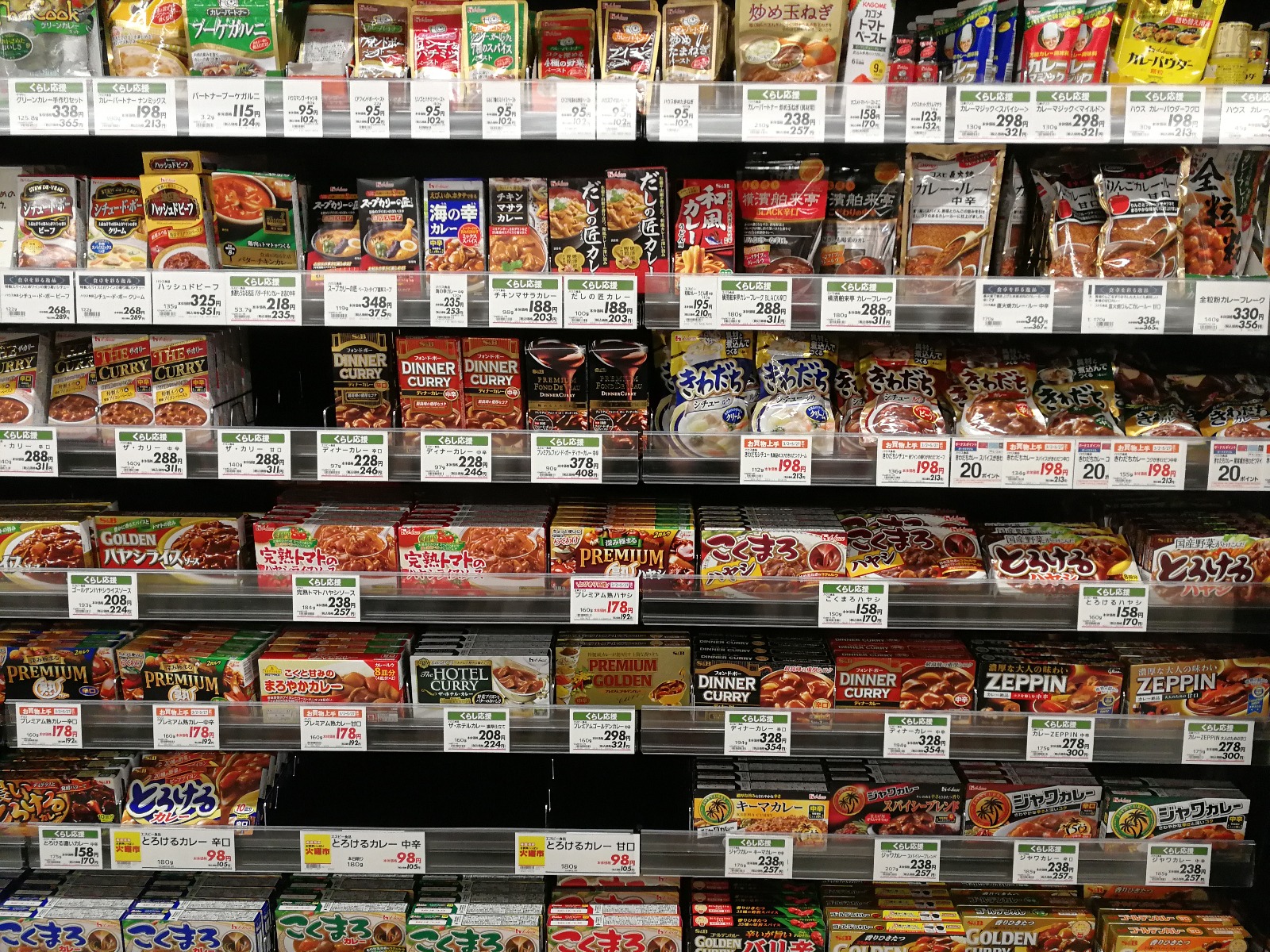 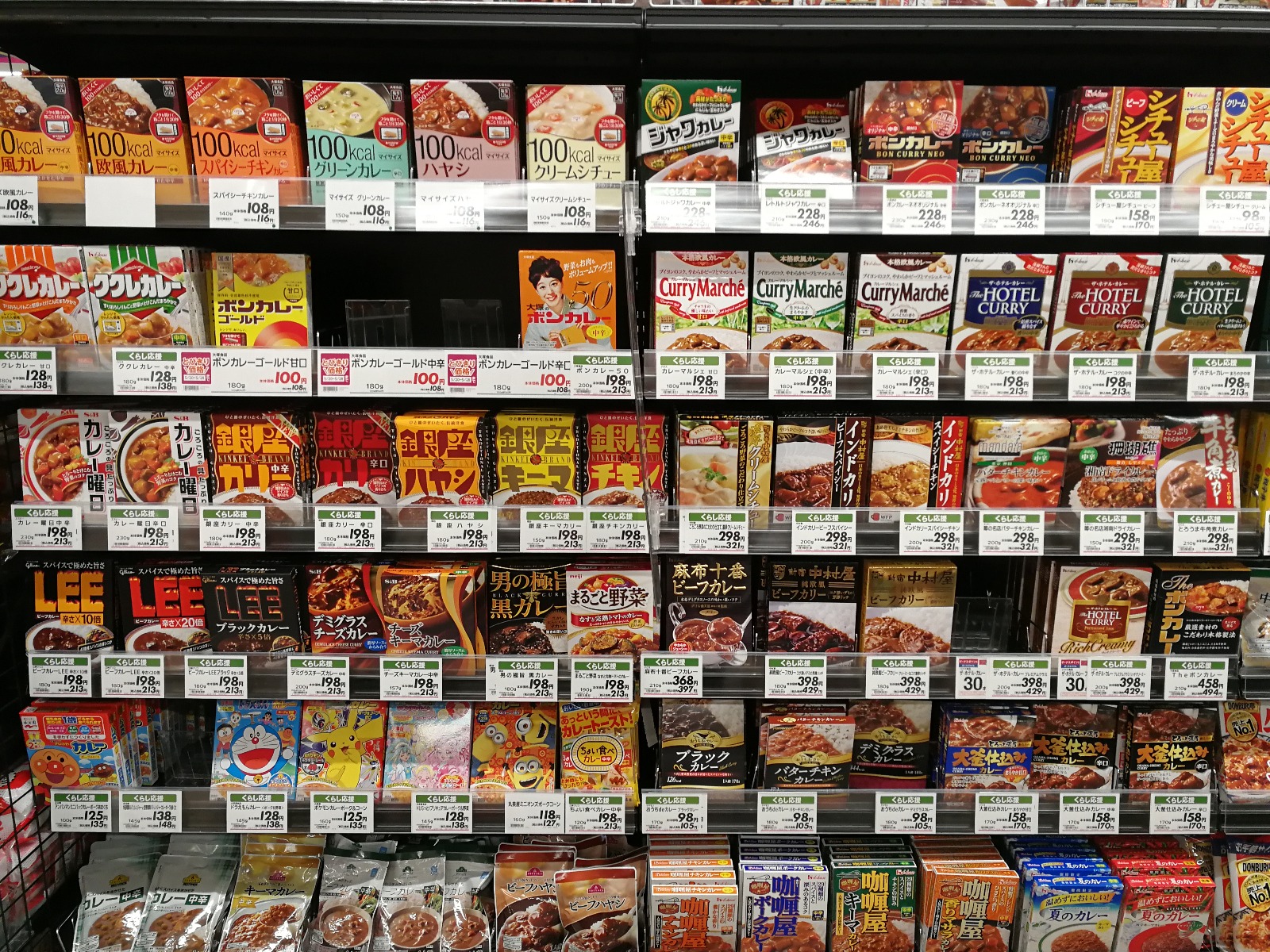 The future of Japanese curry
With ingredients from around the world being more available, numbers of young Japanese tourists on the up and the ability of Japanese chefs to tweak, tamper with and endlessly perfect recipes I suspect that the story of Japanese curry does not end here. I look forward to Japanese adaptations of African, Southeast Asian and Caribbean curries - curry goat kare pan, rendang ramen or sushi rice biryani! Anyone else?

As mentioned above ‘yōshoku’ means Western food and ‘washoku’ is traditional Japanese food. Prior to the Meiji era Japan went through a period known as sakoku for 220 years when Japan was isolated from most other countries resulting in limited trade and therefore limited influence on its food. After this time Western food began popping up in Japan, albeit in adapted versions of the original dishes often with a Japanese twist. Examples include omurice (fried rice with tomato ketchup covered in an omelette), hamburg (a minced meat patty served with the Japanese version of Worcestershire sauce), hayashi rice (beef and mushrooms cooked in a demi-glace sauce). 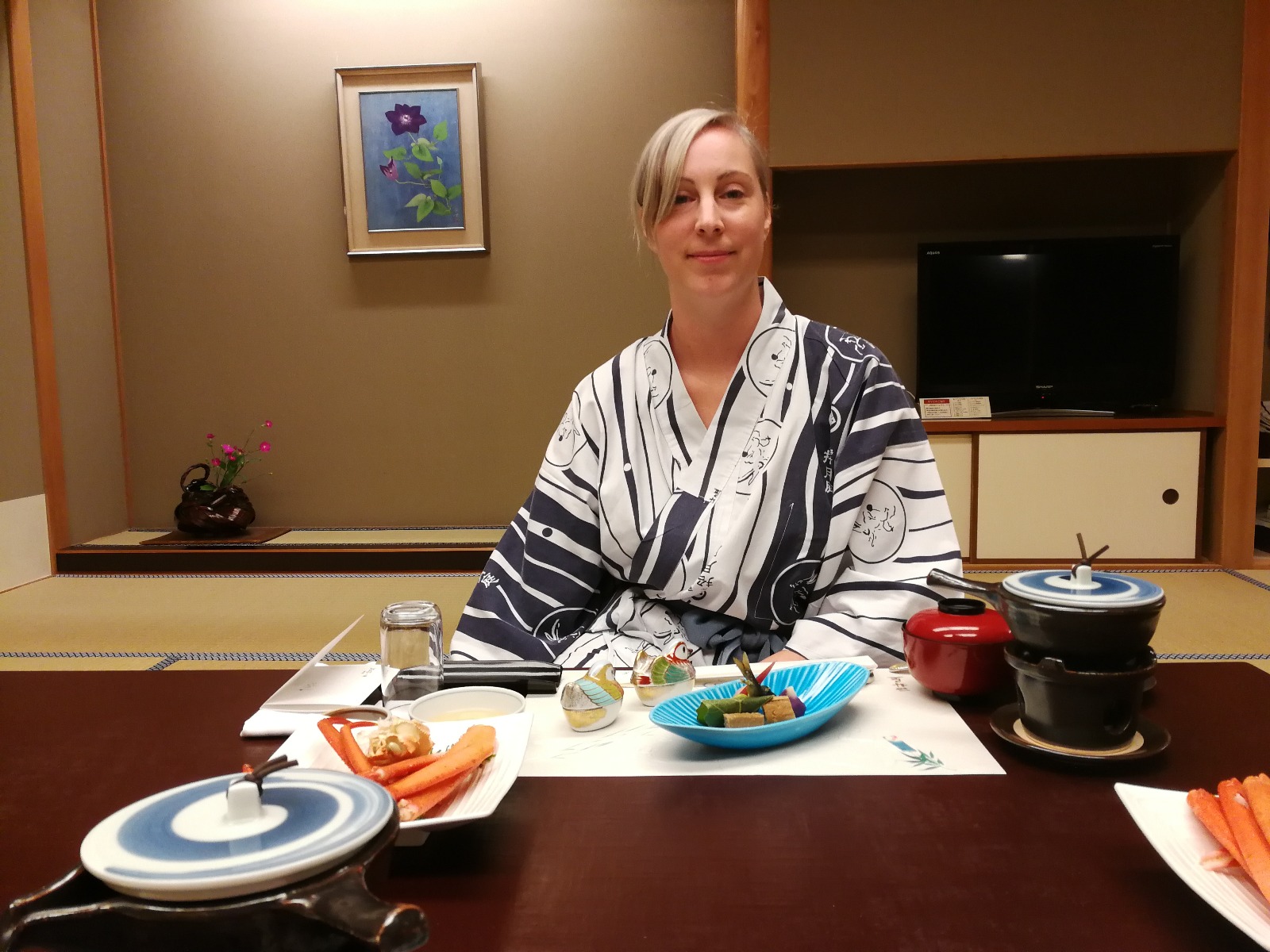 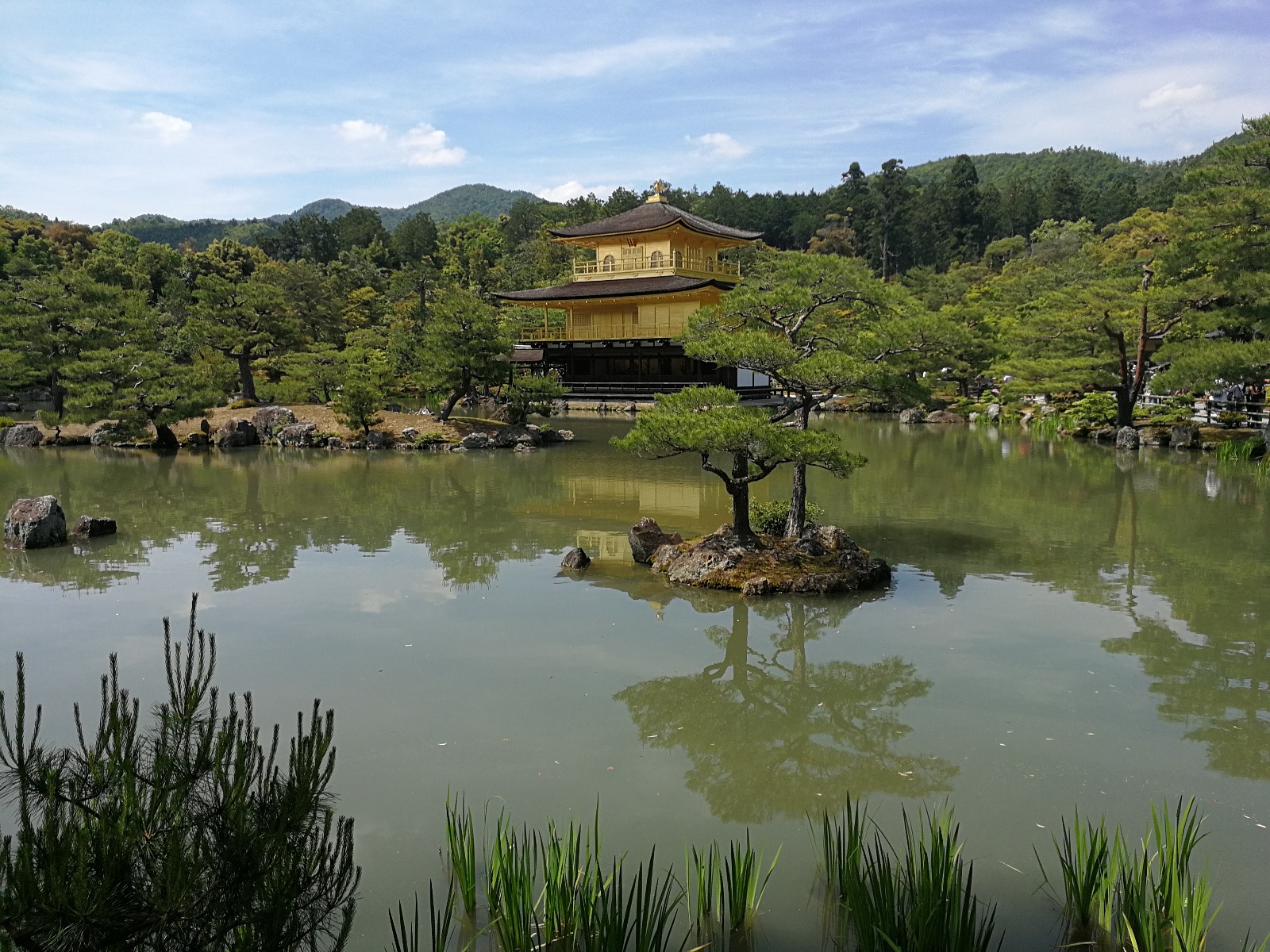 Examples of ‘washoku’ cuisine on the other hand are seafood (grilled or served as sushi or sashimi), lightly cooked seasonal vegetables, pickles, miso soup, tempura (although this was actually introduced by the Portuguese in the 16th century) and noodles (and these were introduced by the Chinese!).

Washoku cuisine is usually eaten using chopsticks whereas yōshoku’ is often eaten with a knife, fork and spoon.

‘Hara hachi bu’ is ancient Confucian phrase which translates to ‘eat until you are 8 parts out of 10 full’ compared to ‘kuidaore’ a modern day Osakan saying which means to eat until one is bankrupt! 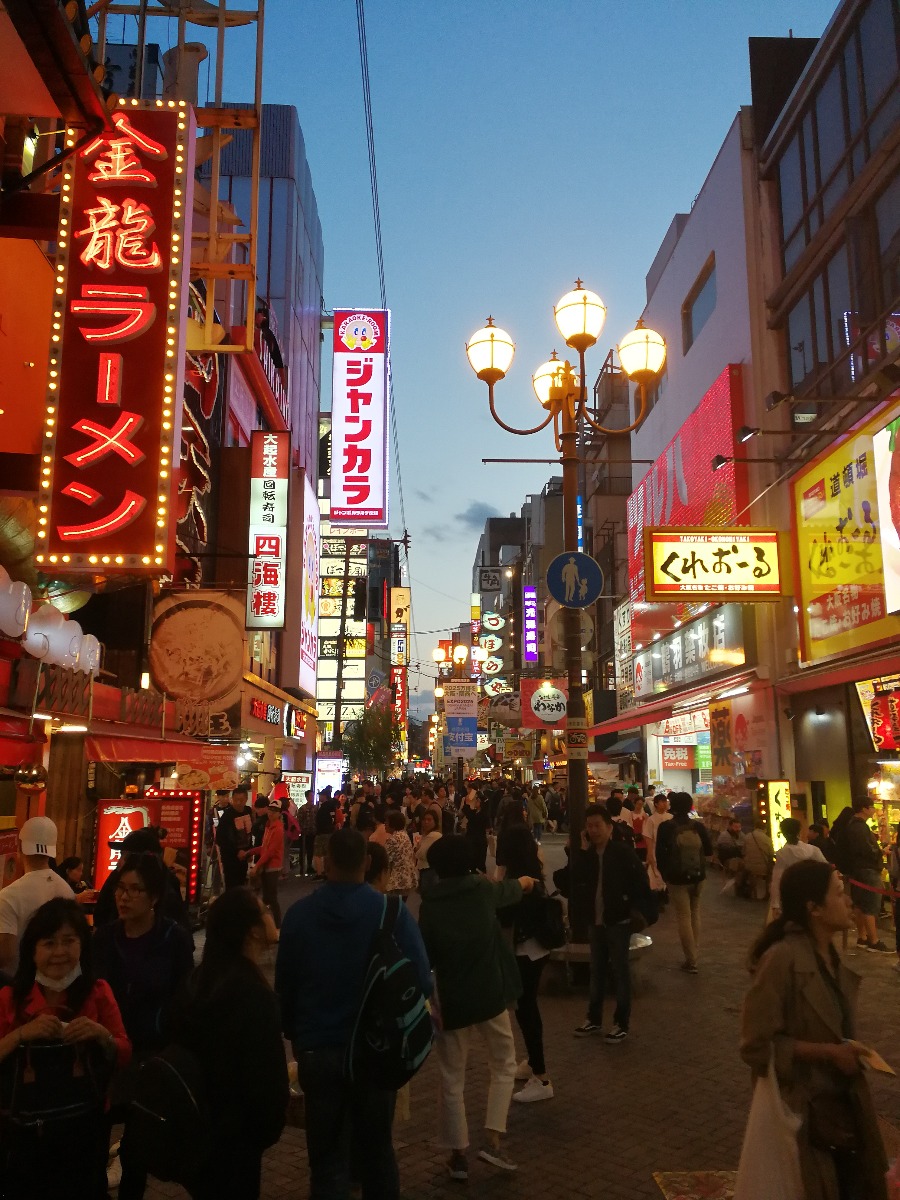 There’s many a condiment to choose from in Japan, these often add a bit of heat, zing or oomph to otherwise simple dishes.

Wasabi - a plant native to Japan, the same family as horseradish and mustard. It grows in shady mountainous clean rivers and is most famously eaten with sushi and soba (buckwheat) noodles although at the wasabi farm we visited it was used to flavour sausages and icecream!

Chilli - a late comer to Japanese cuisine, it's not often seen fresh but used dried as flakes or made into chilli oil

Sansho pepper - another plant native to Japan and a relative of Sichuan pepper it gives the same tongue tingling effect when eaten. It's used dried in shichimi togarashi but also fresh in braised dishes

Yuzu - a citrus fruit, the fresh juice is usually used but it can also be bought as dried peel in Japan 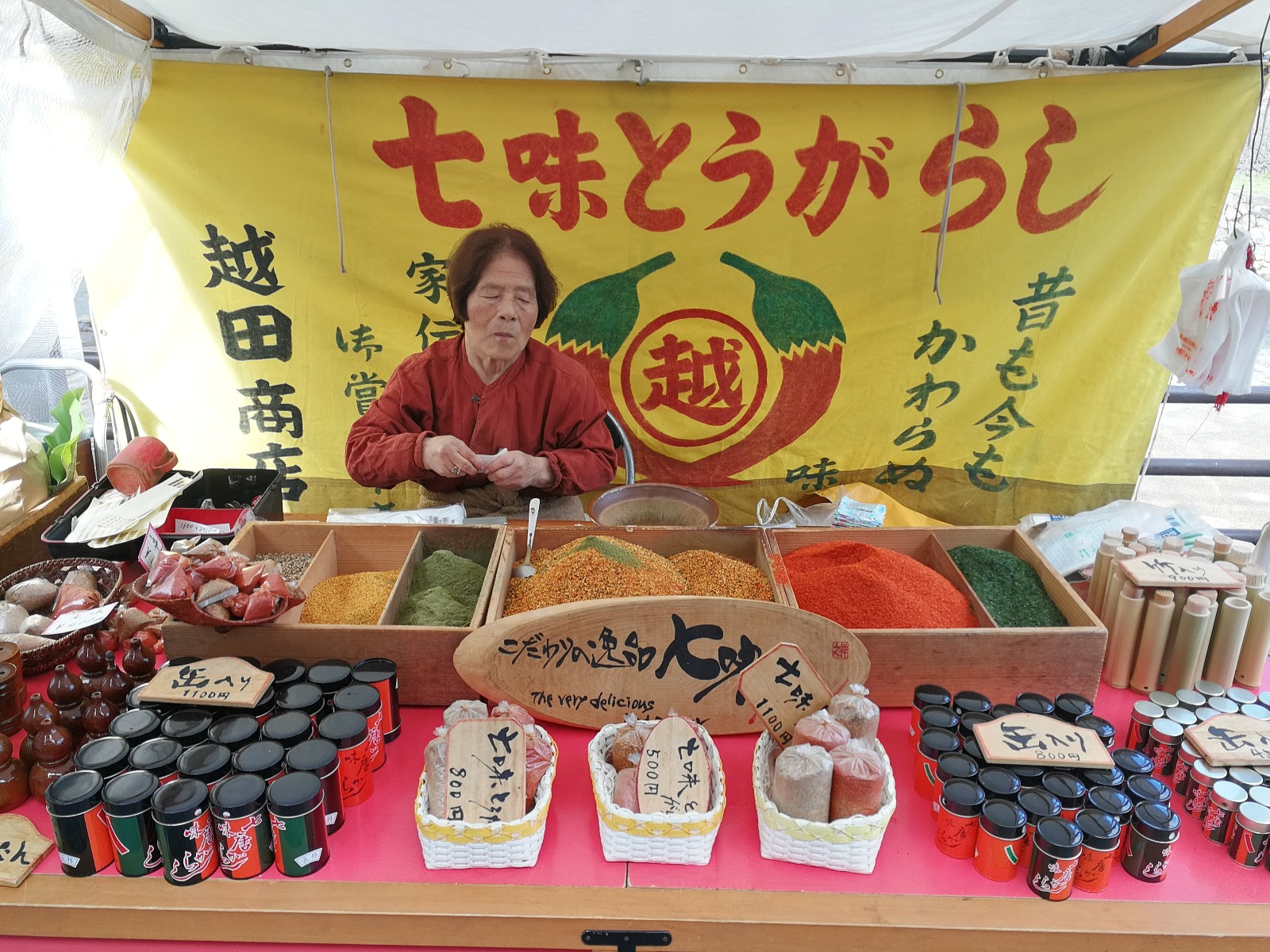 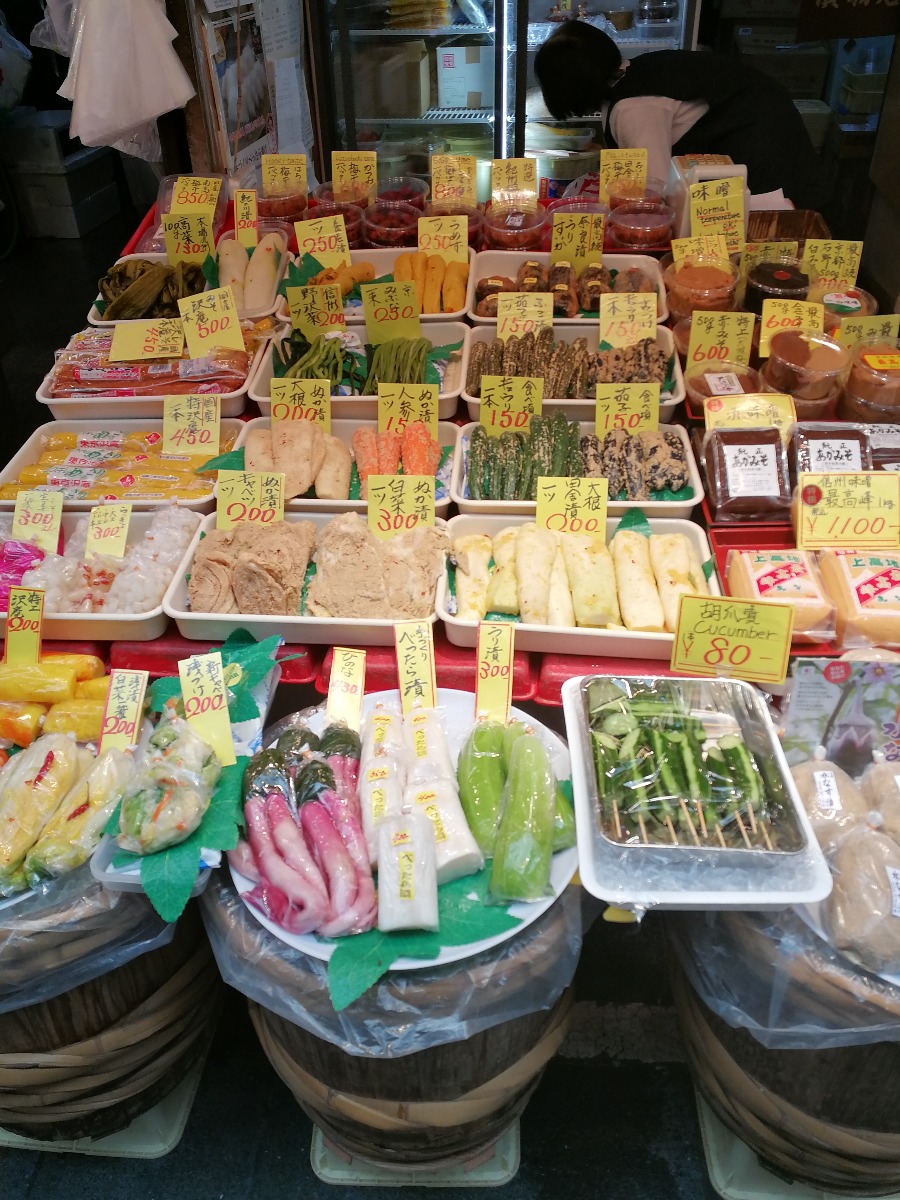 Pickles - an absolute essential to any Japanese meal, these are eaten to refresh the mouth and are also said to be one of the reasons that the Japanese diet is so healthy