The otherwise fairly anonymous town of Bodinayakanur in Tamil Nadu has an interesting secret - it's India's Cardamon (or Cardamom!) City. It's location at the base of the Western Ghat hills in South India (where coffee, pepper and cardamon are grown) mean it's now the main marketplace for most of India's cardamon - a trade that's worth millions of dollars per year. 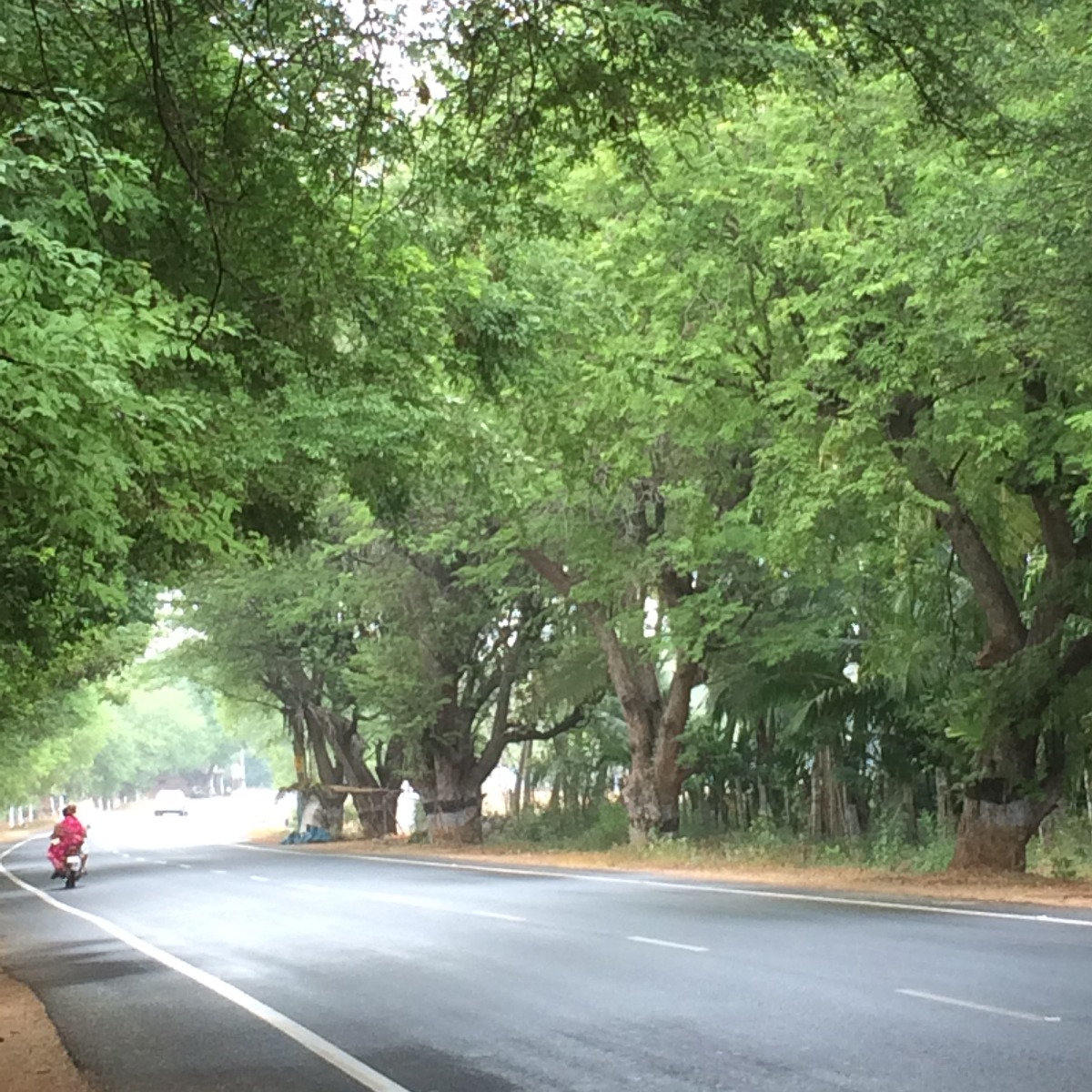 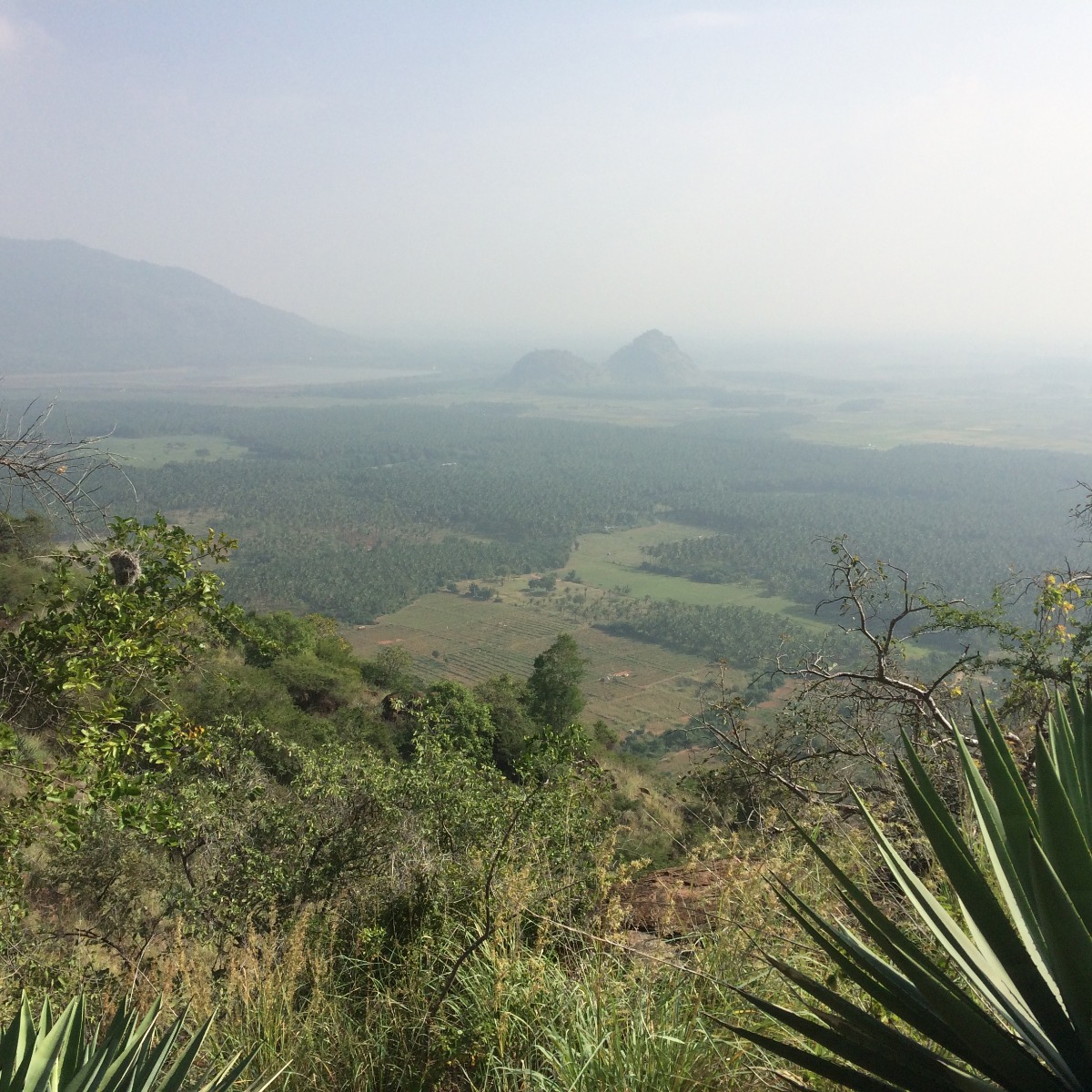 Tamarind trees line the roads of Tamil Nadu, leading up to the Cardamon Hills

Cardamon is the fruit of a rhizome plant related to ginger and looks a bit like a big decorative leafy fern plant with the cardamon pods growing on stems at the base of the plant. They're native to the south west of India and the best in the world is still grown in the Cardamom hills that rise up above the town of Bodi. It's a fickle plant requiring careful care and just the right amount of light and rain. 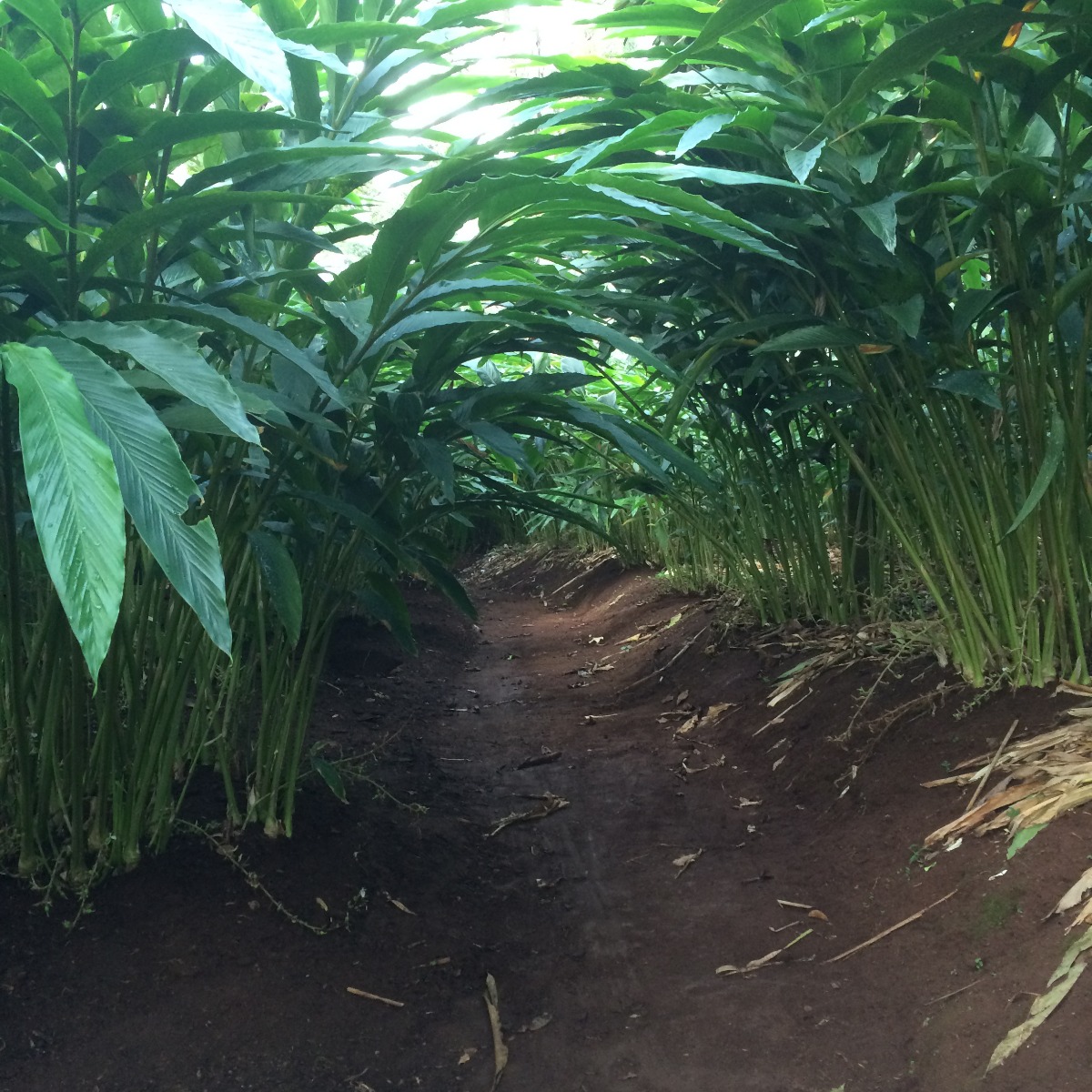 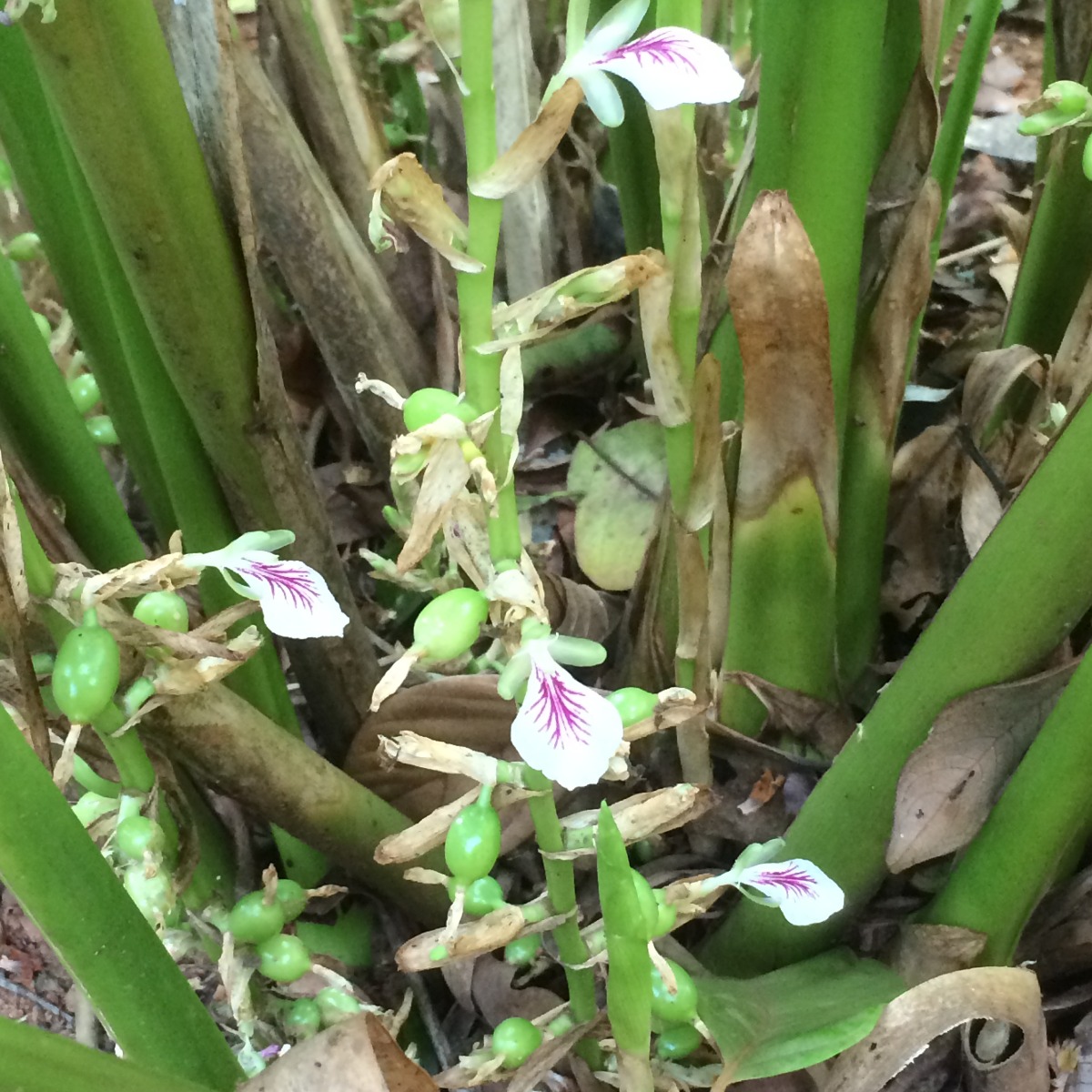 Picking, sorting and grading is a laborious manual process so it's always had a very high price (it's known as the Queen of Spices) and is generally second only to saffron as the most expensive spice.

The cardamom plantations are tucked away deep in the hills, a couple of hours from the town and each large scale planter will farm a few acres giving a yield of a couple of tonnes or so each year. 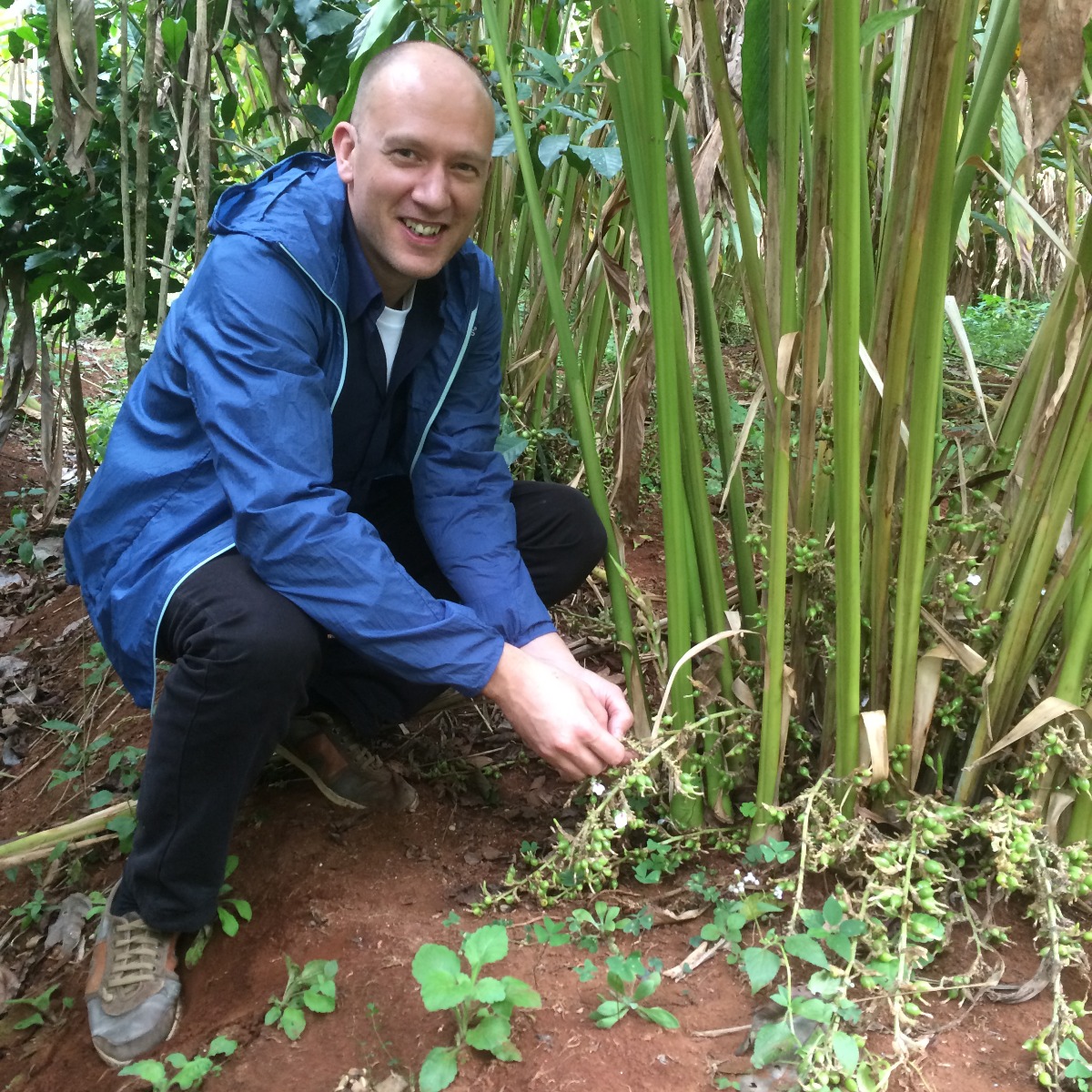 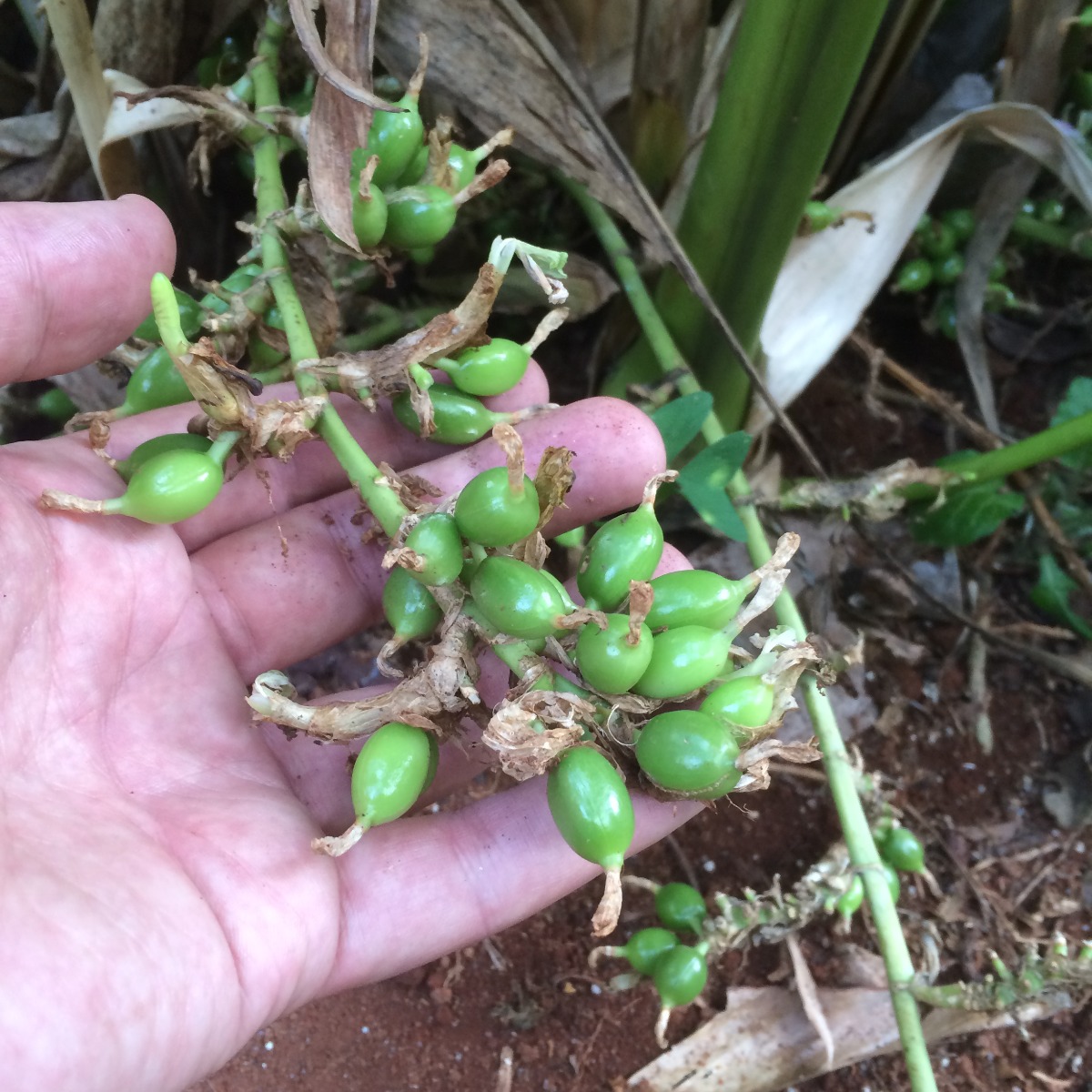 The cardamom pods form on shoots at the base of the plant and are bright green with the seeds inside that turn from green (and tasteless) when underripe, to black and rich with fragrant oils when fully ripe. The pods are picked when they reach a particular size and weight, and are washed and dried overnight. 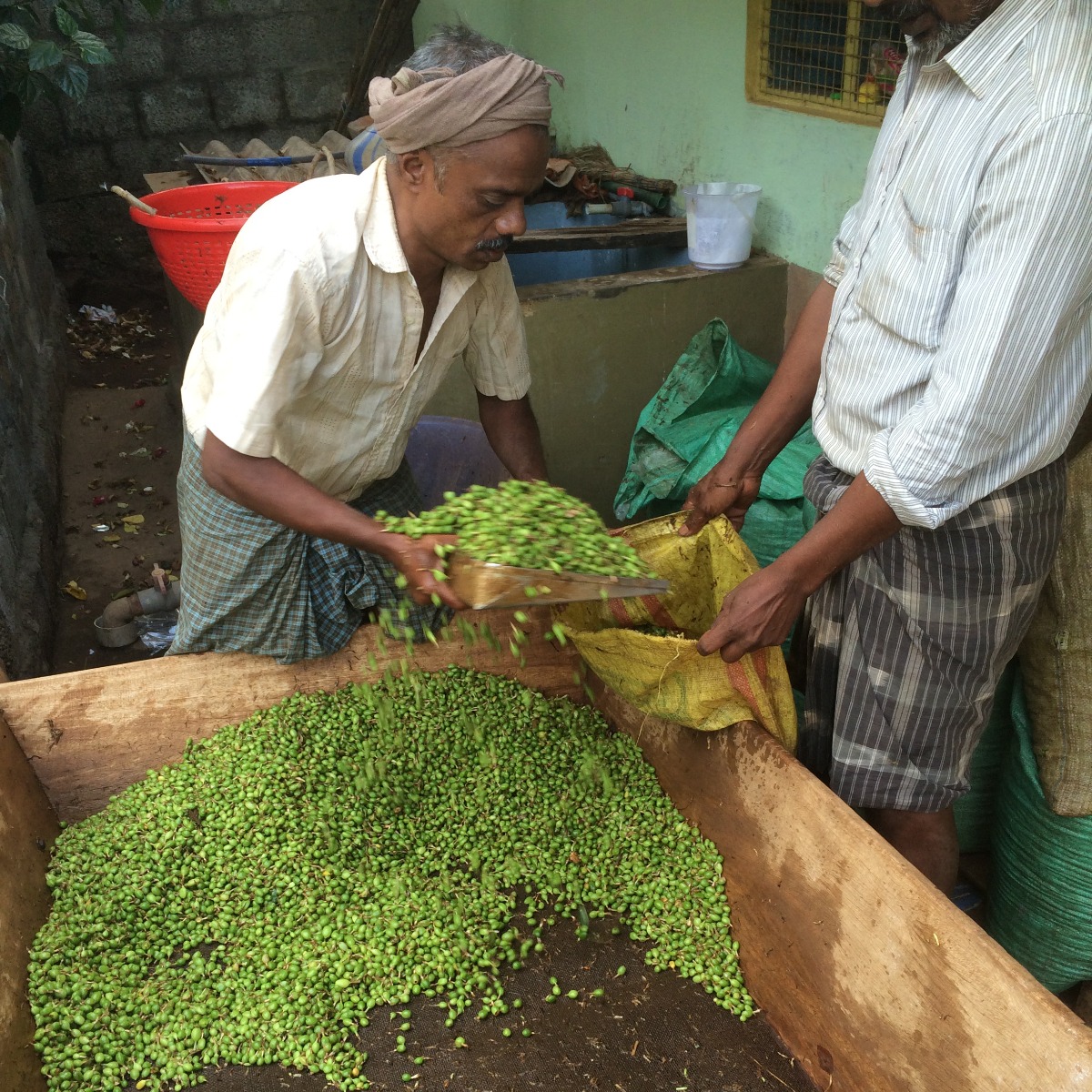 At this point they've lost about 80% of their original weight as the skins of the pods are full of water. They're picked through to remove any stalks or debris then the planter will store them and look to the market in Bodi to try and judge when the time is right to sell.  Every day at the official Indian Spices Board building, there's an auction where the buyers gather, gossip over sweet coffee and curry puffs to discuss the latest news from the plantations, the weather and the state of the market. Each of these guys will spend many thousands of dollars each day on cardamon so it's a very serious business. 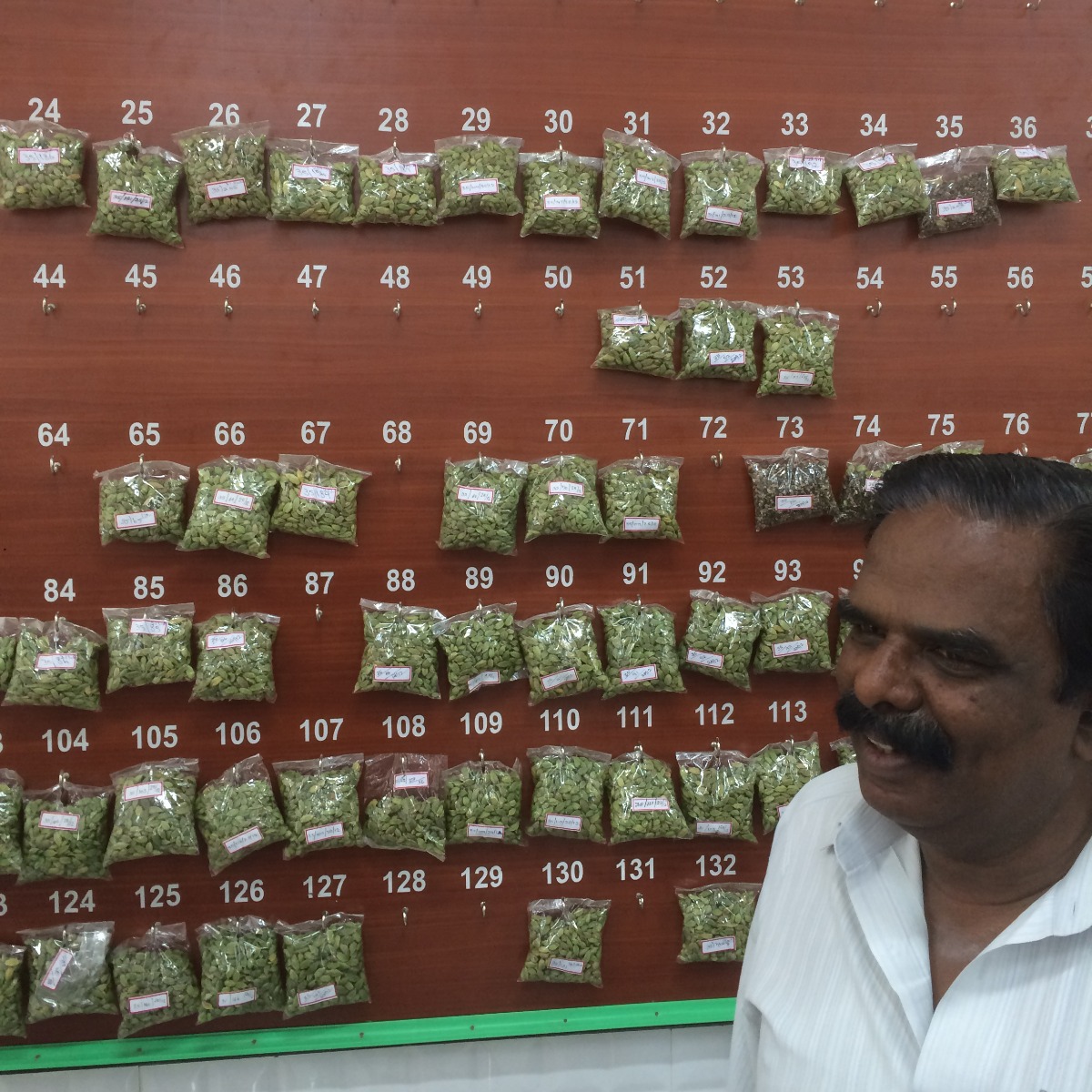 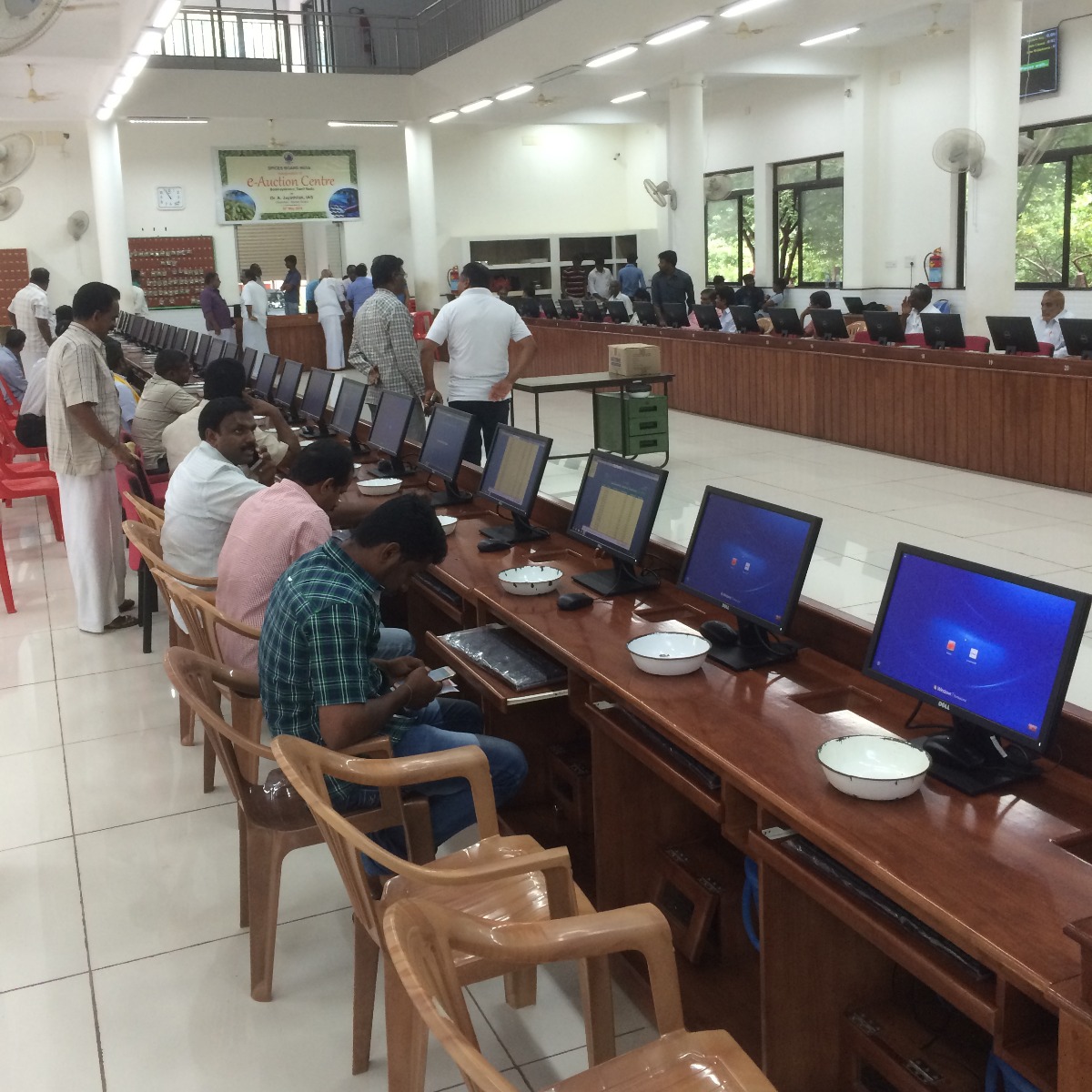 Pinned to an inspection board are the samples of cardamom from each lot on sale. Each lot has a reserve price and a size - normally around 200kg upwards. The auction starts with the traders hushed behind their terminals. The auctioneer calls out the lot number and an assistant quickly walks past each trader, hurling a handful of cardamon from each batch into their sample bowls for inspection.

The traders have a few seconds to assess the sample - they're looking for colour, size, scent, consistency and density (if they feel heavy for their size which indicates high seed content and so higher prices. The trading then happens in deathly silence as the price goes up incredibly quickly in 2 rupee increments. The bids are made through an automated system and within seconds, decisions worth tens of thousands of dollars can be made and each batch is sold. 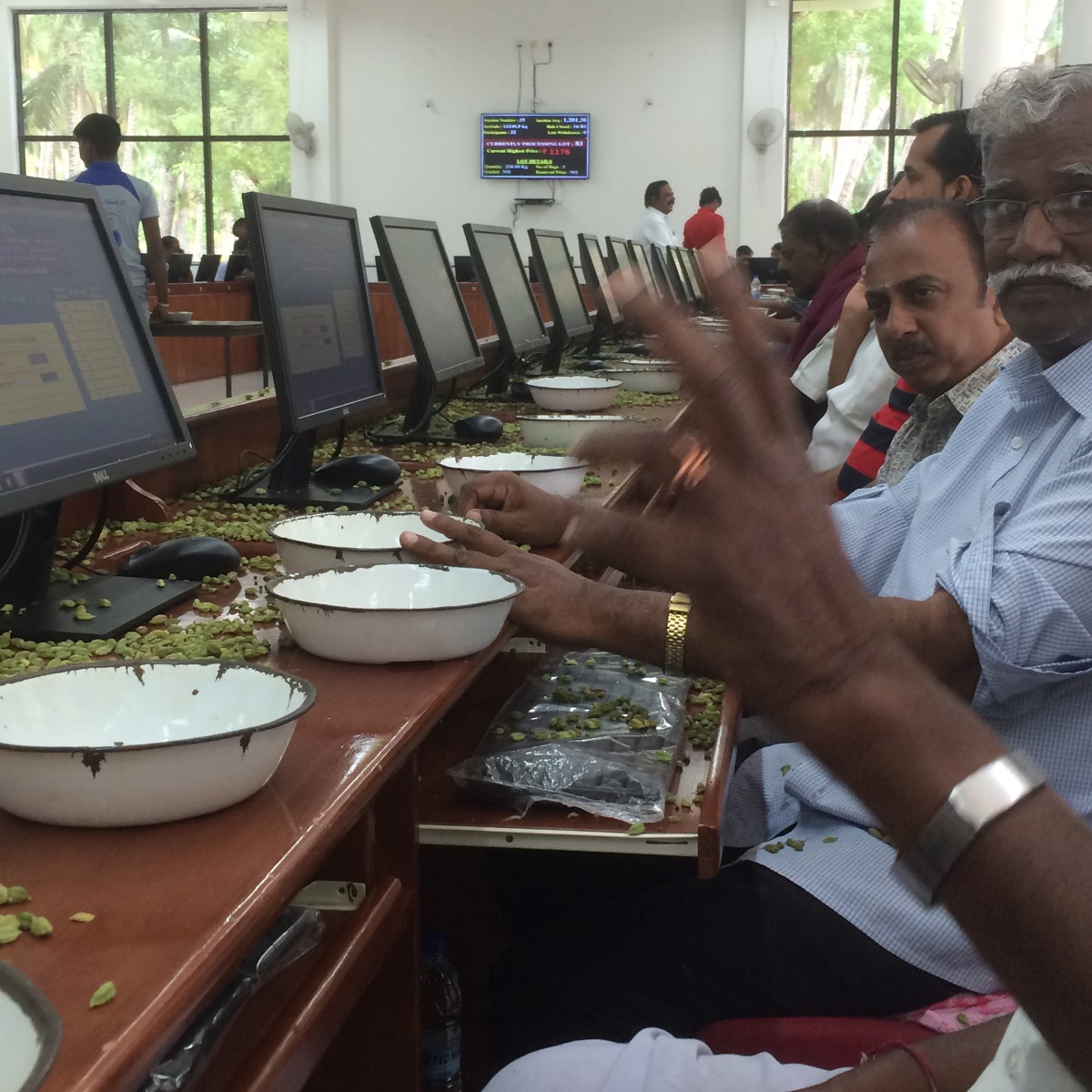 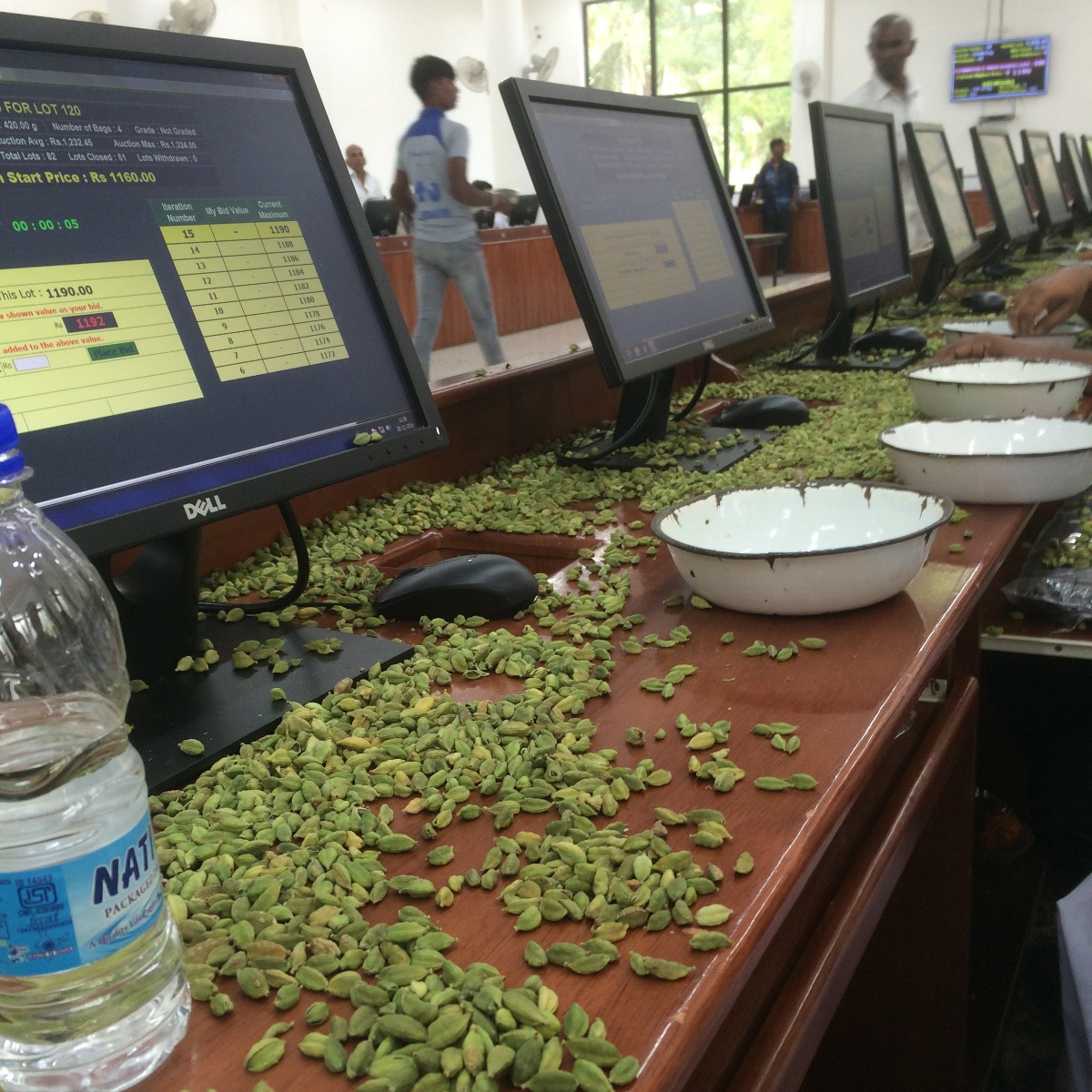 Cardamon pods everywhere after the all the samples have been handed out and the auction is complete. All the various sample pods are collected at the end and sold as a discount mixed batch for grinding!

The traders then transport the cardamon to their warehouses which are mostly just domestic houses in Bodi that have been converted to workplaces. On an otherwise ordinary residential street there might be 10 warehouses which combined could be holding hundreds of thousands of dollars of stock at busy times. 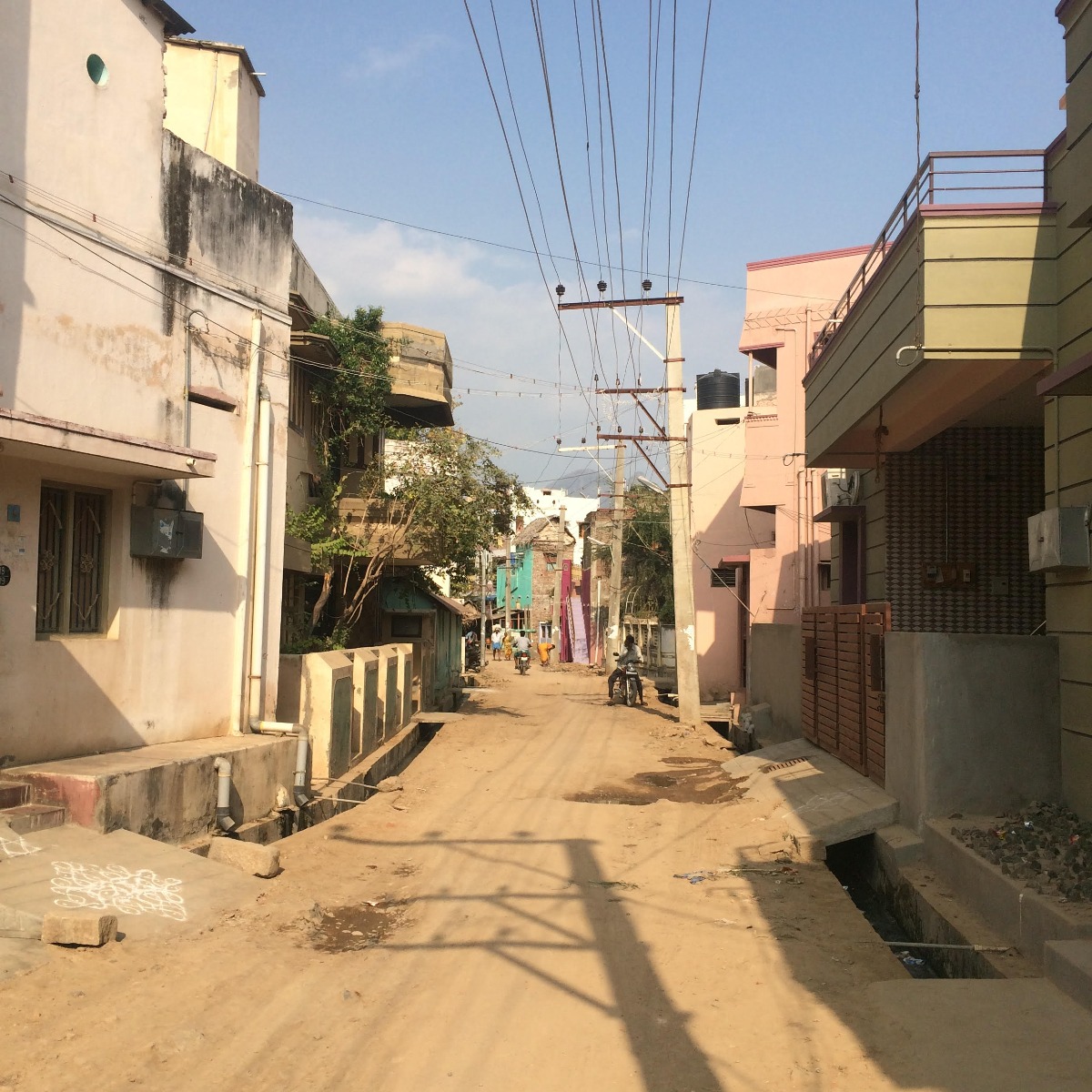 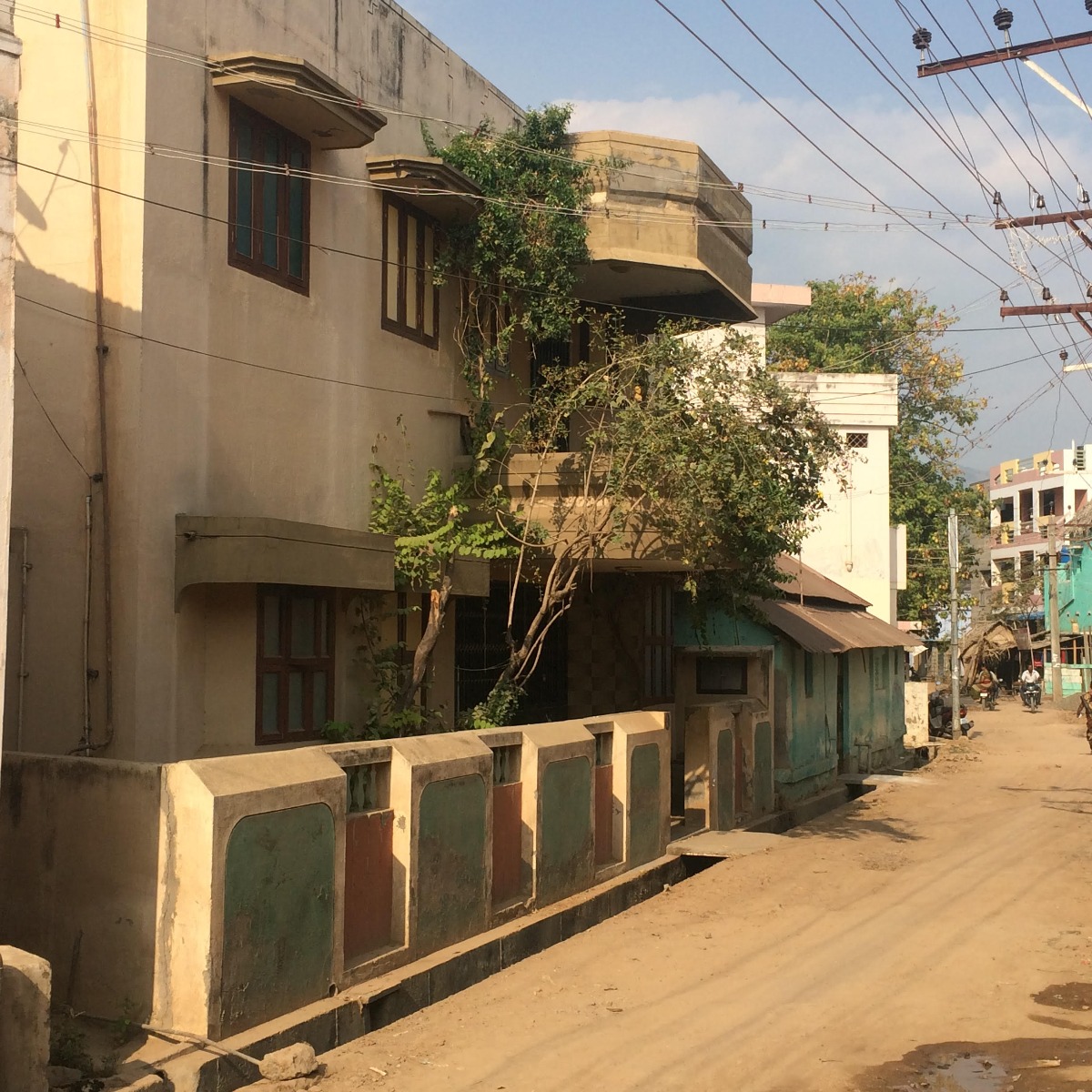 Behind any of these unmarked doors might be a fortune of Cardamon pods!

It seemed a pretty strange set up but on reflection I suspect that having the warehouses so close to where people live, and the fact that virtually all the traders were local family businesses who'd been operating for decades leads to a pretty powerful neighbourhood watch scheme! 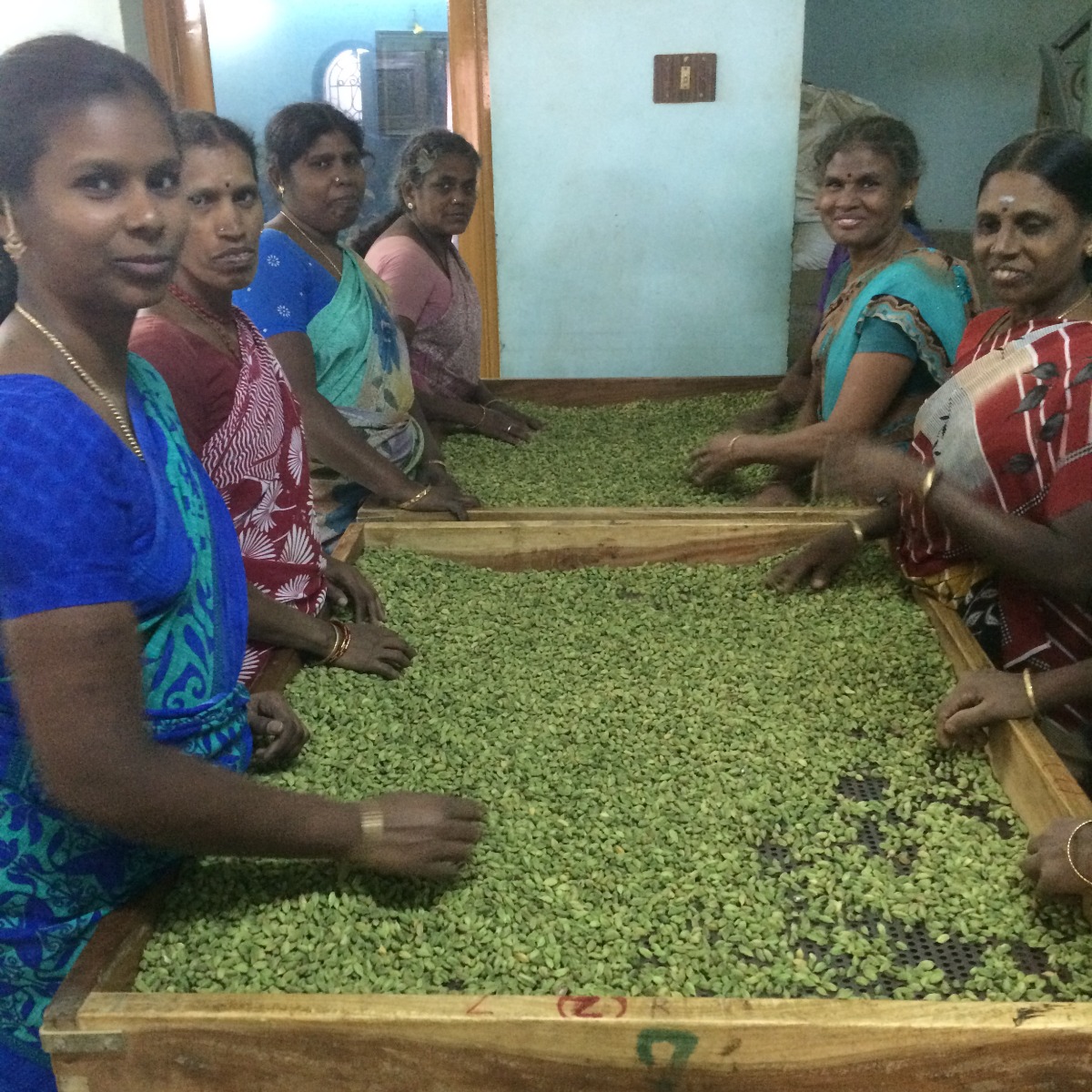 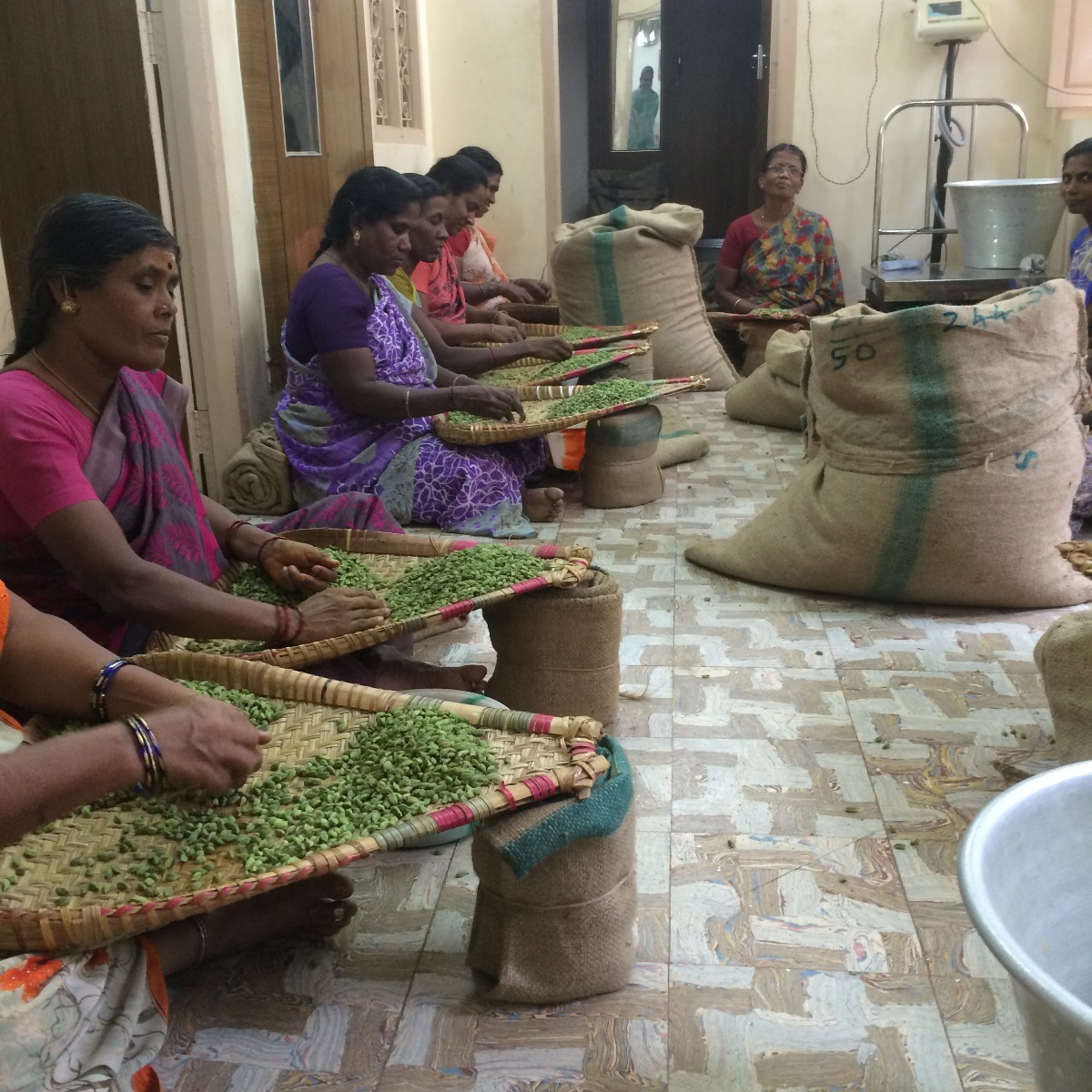 The cardamom is sorted by size then graded by hand in an incredibly labour intensive process as the local ladies (it's always ladies as I was told their small hands are better for this sort of work!), sort the cardamom leaving only the whole green pods for the prime product. It's then transported across the country for sale in Mumbai and Delhi. Interestingly there's no great fondness for the flavour of cardamon locally - it's viewed as a cash crop only. 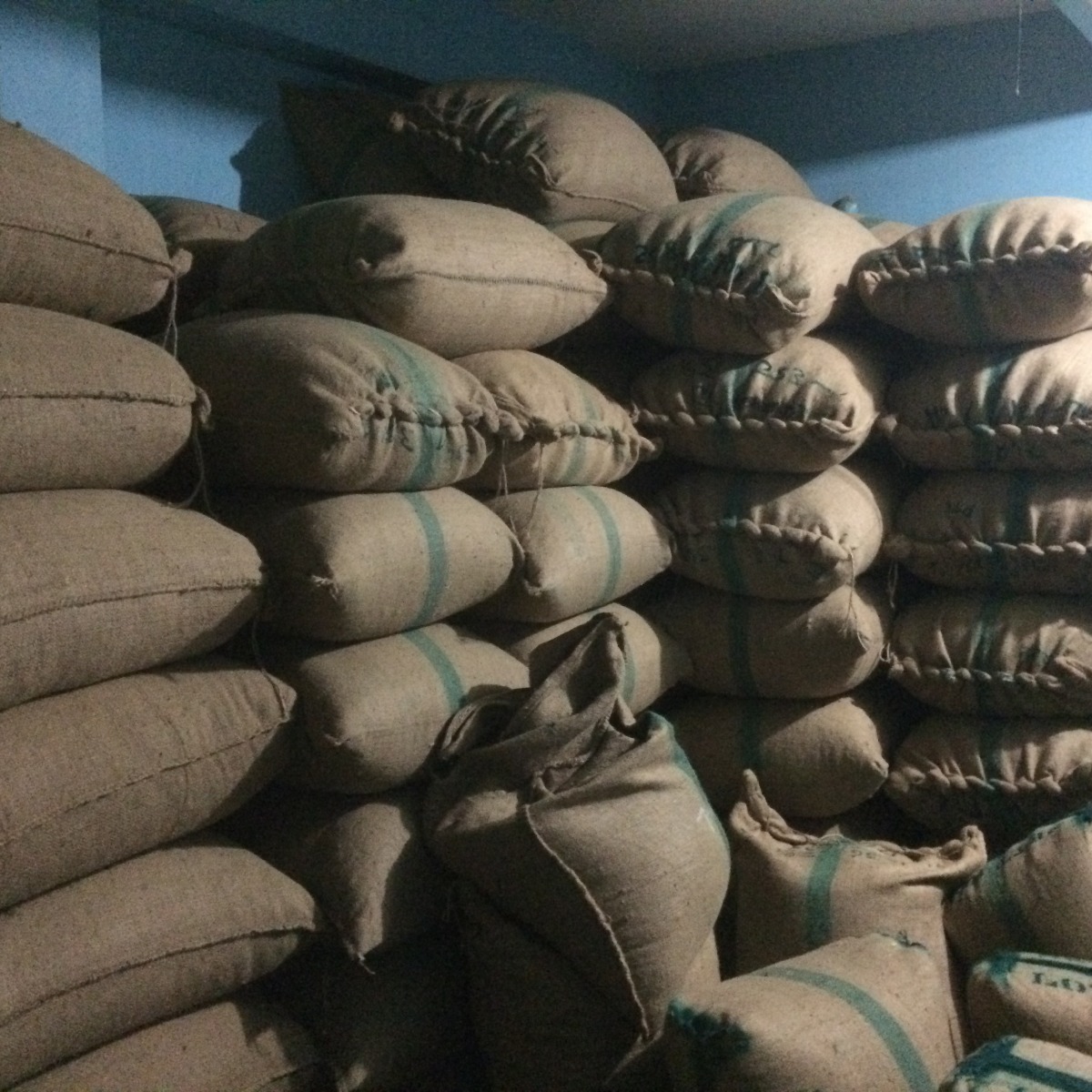 Europe isn't a significant customer for cardamon (although it is popular in Scandinavia). The main demand is either from the Middle East where it's used to flavour coffee, or within India as the biggest demand for cardamon is in flavouring Indian sweets, and prices peak around big festivals such as Divali as there is always such a huge spike in demand for these sweets. 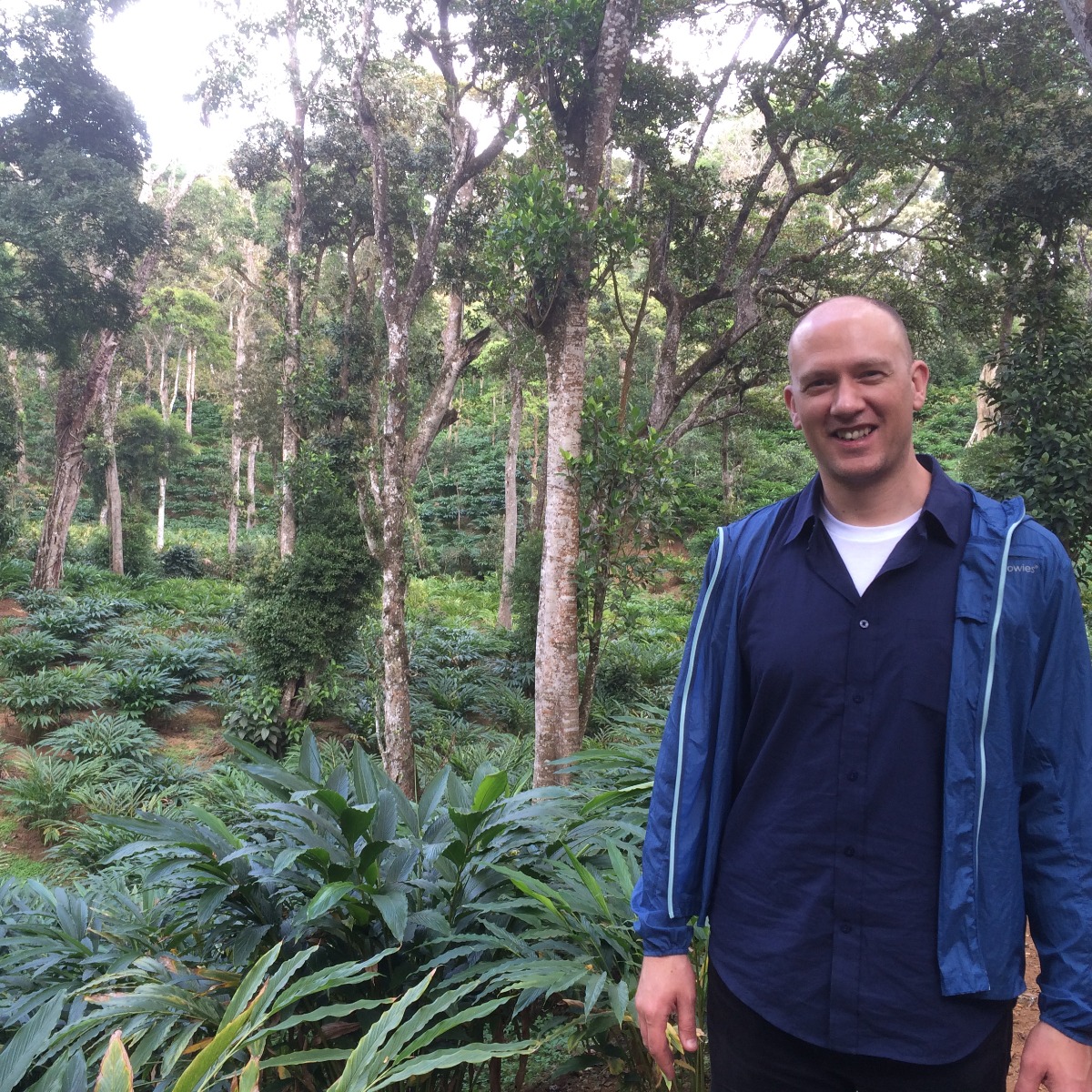 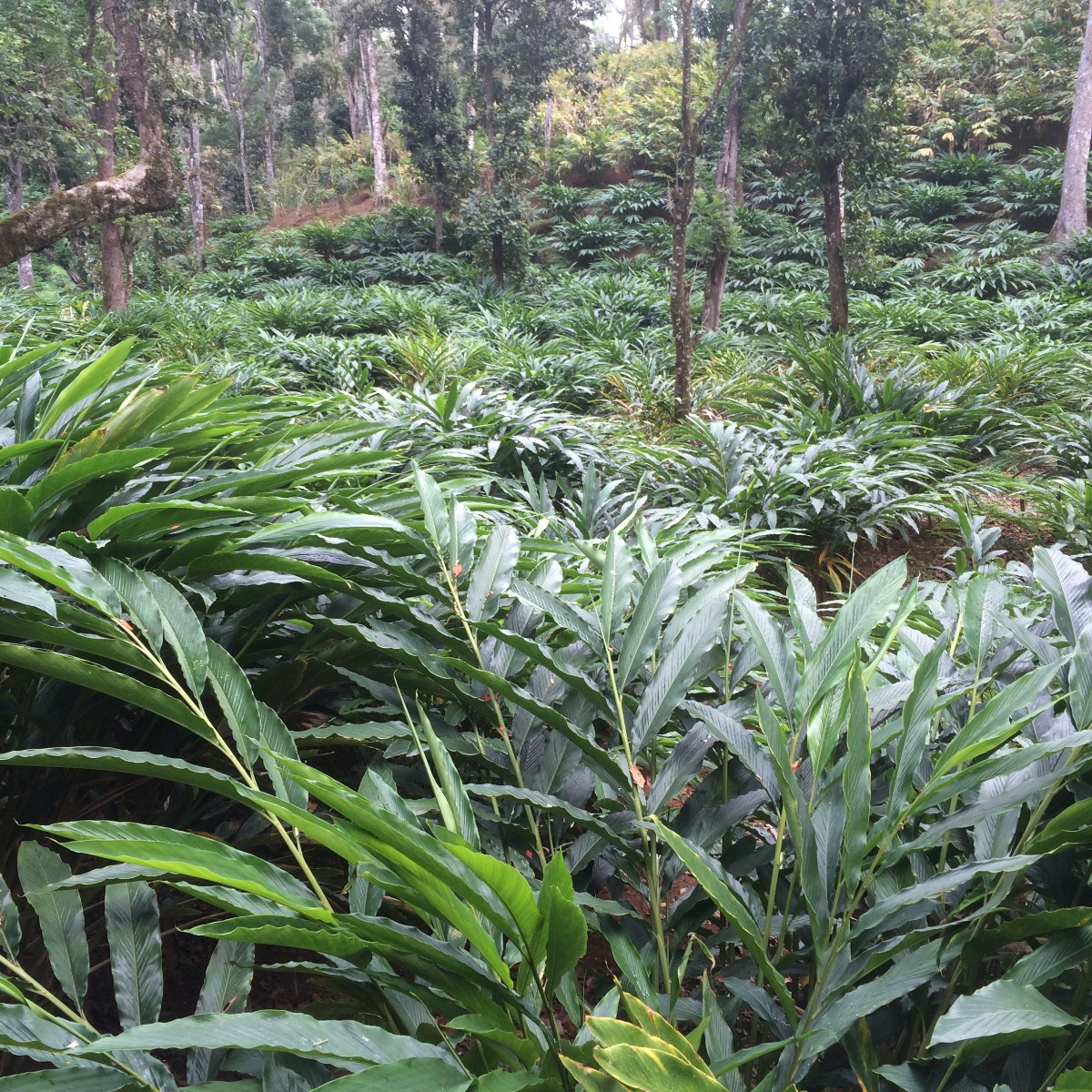 Thanks to Senthil for being so generous and showing me his plantations, and the Indian Spices Board for allowing me to watch their cardamon auction!