Yangon, Myanmar - and now for something completely different

Every Myanmar guidebook seems to open with the same Rudyard Kipling quote  - "this is Burma, and it is quite unlike any land you know about". Kipling might have been right when he wrote that in 1890, and it's pretty accurate now as Myanmar really is completely different, particularly for our interest in the food that's made here. 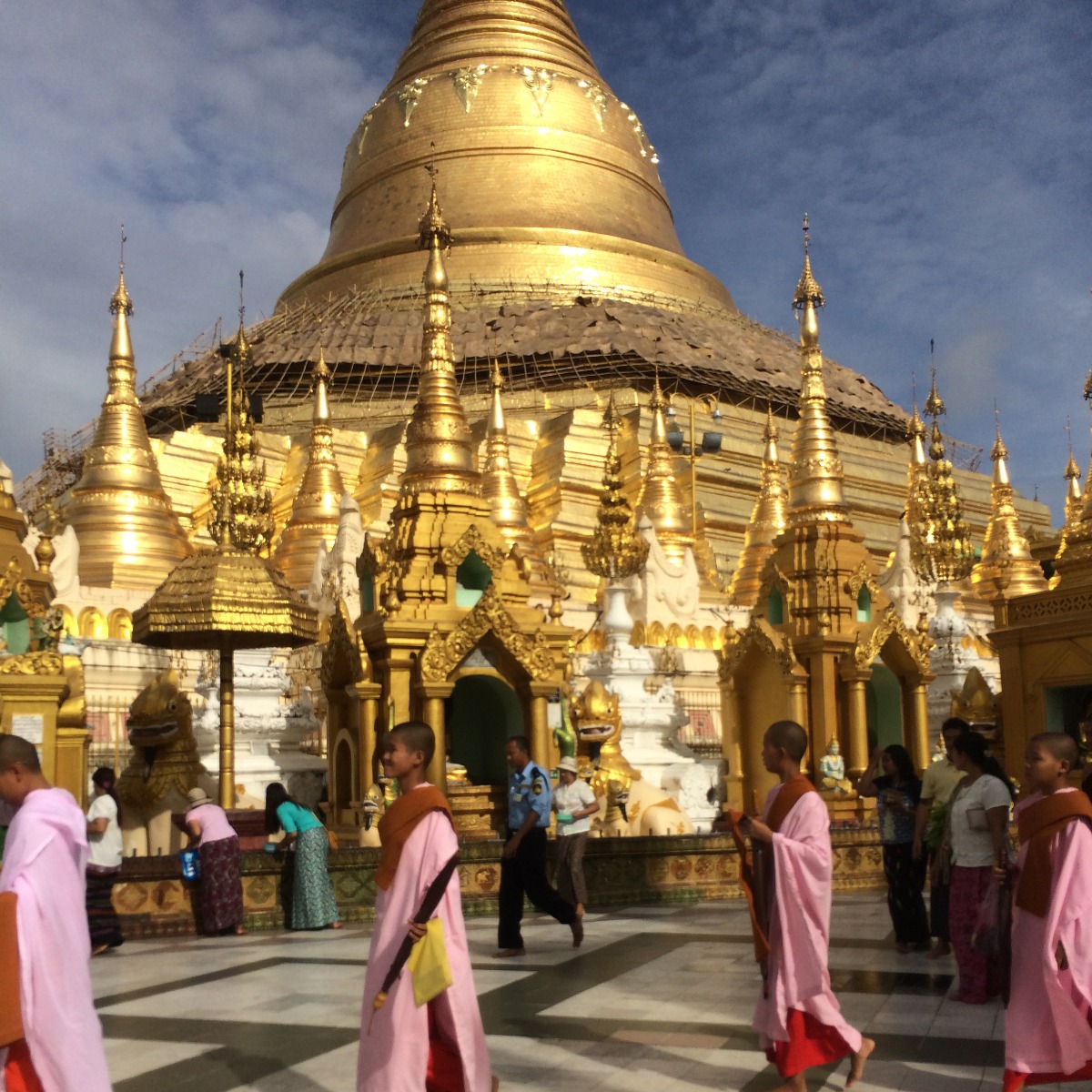 (2nd photo) A kitchen chart from a Yangon street stall showing what can't be eaten together according to Burmese beliefs - Pork and Peacock cooked together might have some unpleasant side-effects....

Myanmar's location wedged between India, China and Thailand looks pretty promising from a culinary perspective, and while the reality isn't quite as sophisticated as that mix might suggest, there is a lot of really delicious, very unusual food with some ingredients and combinations I'd never seen before. 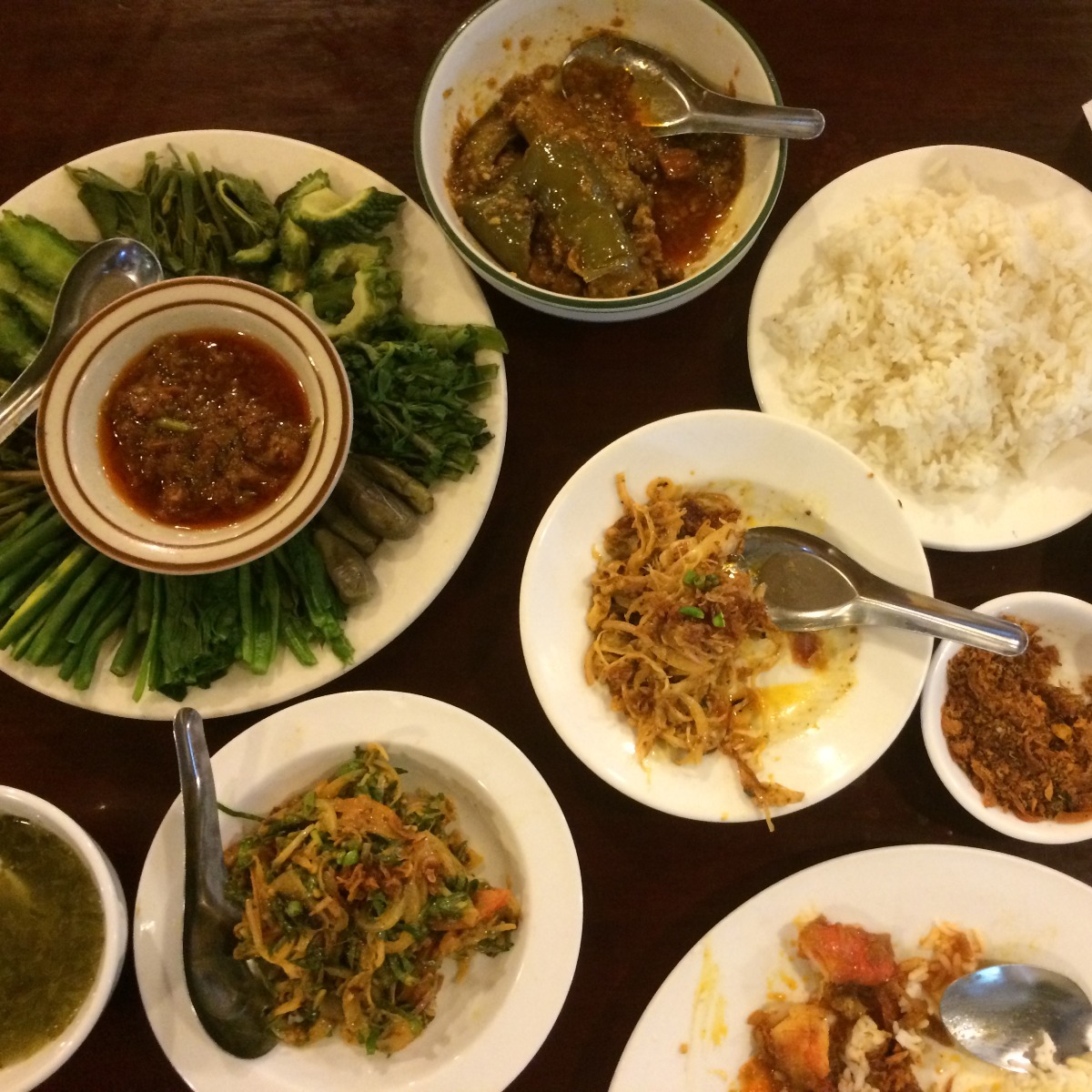 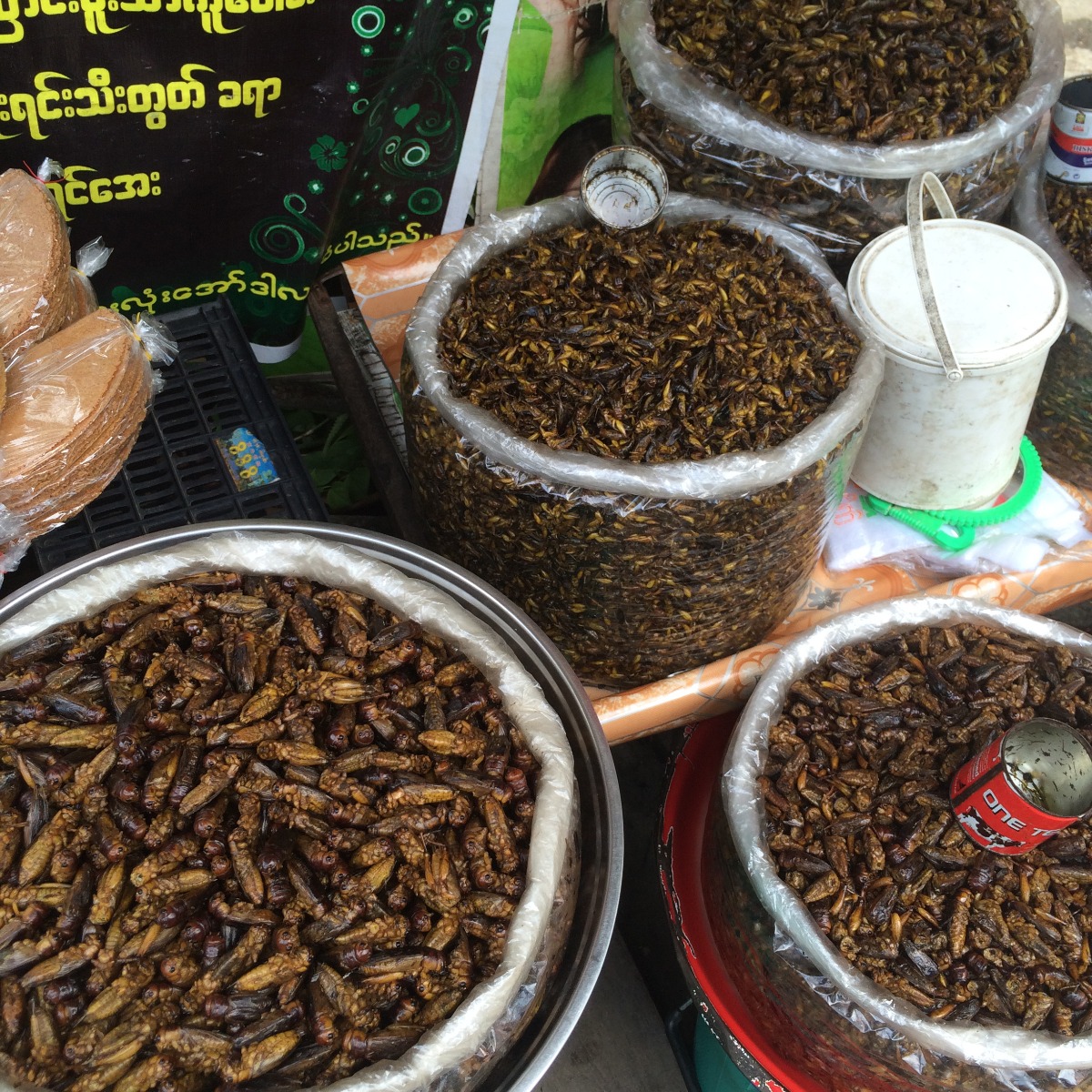 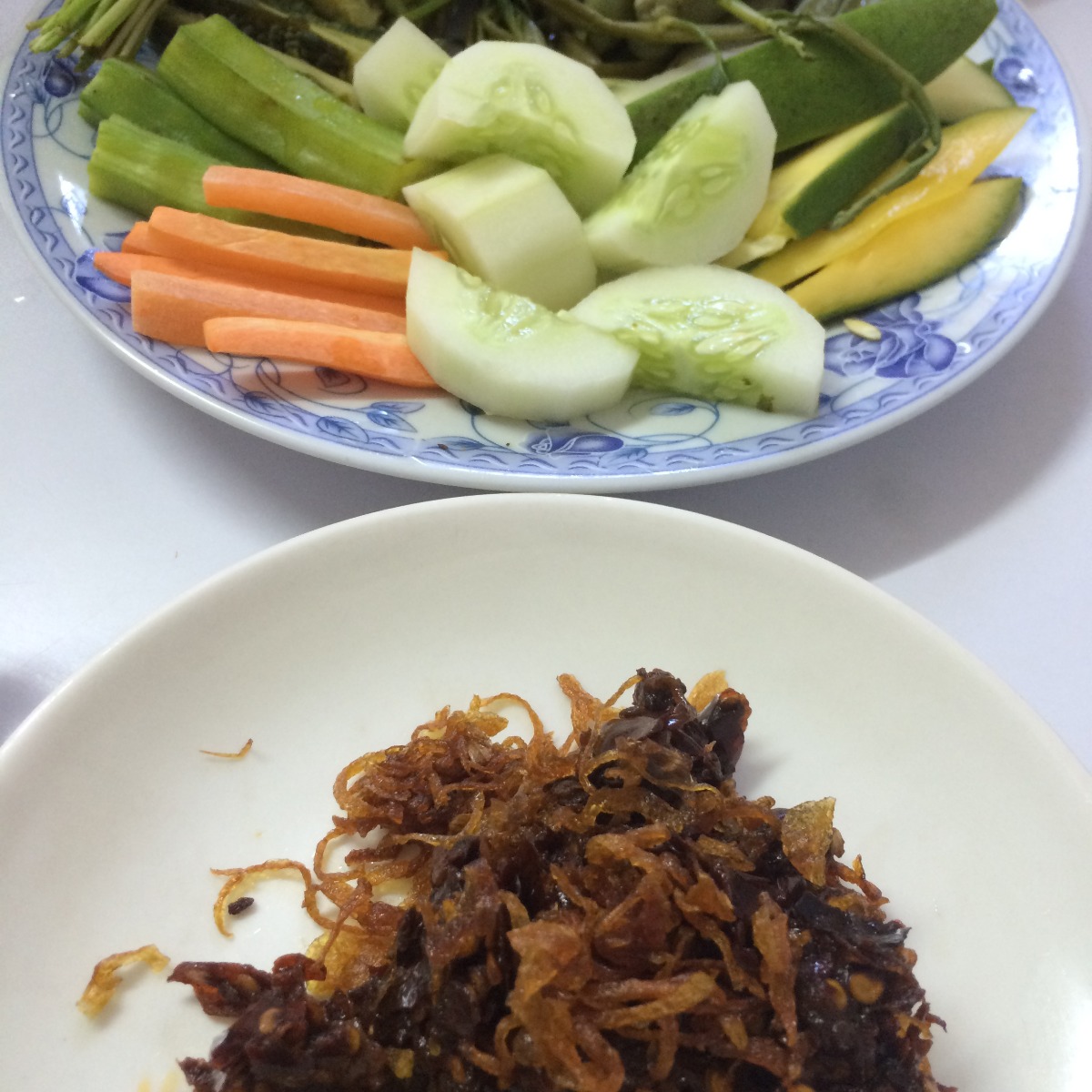 The first obvious thing to strike you is that apart some rather potent condiments, most of the food is actually pretty mild and restrained in the seasonings used. Myanmar cooks seem to be a bit shy of using lots of different spices (even though they're widely available in the markets for locals who originated from India to use). 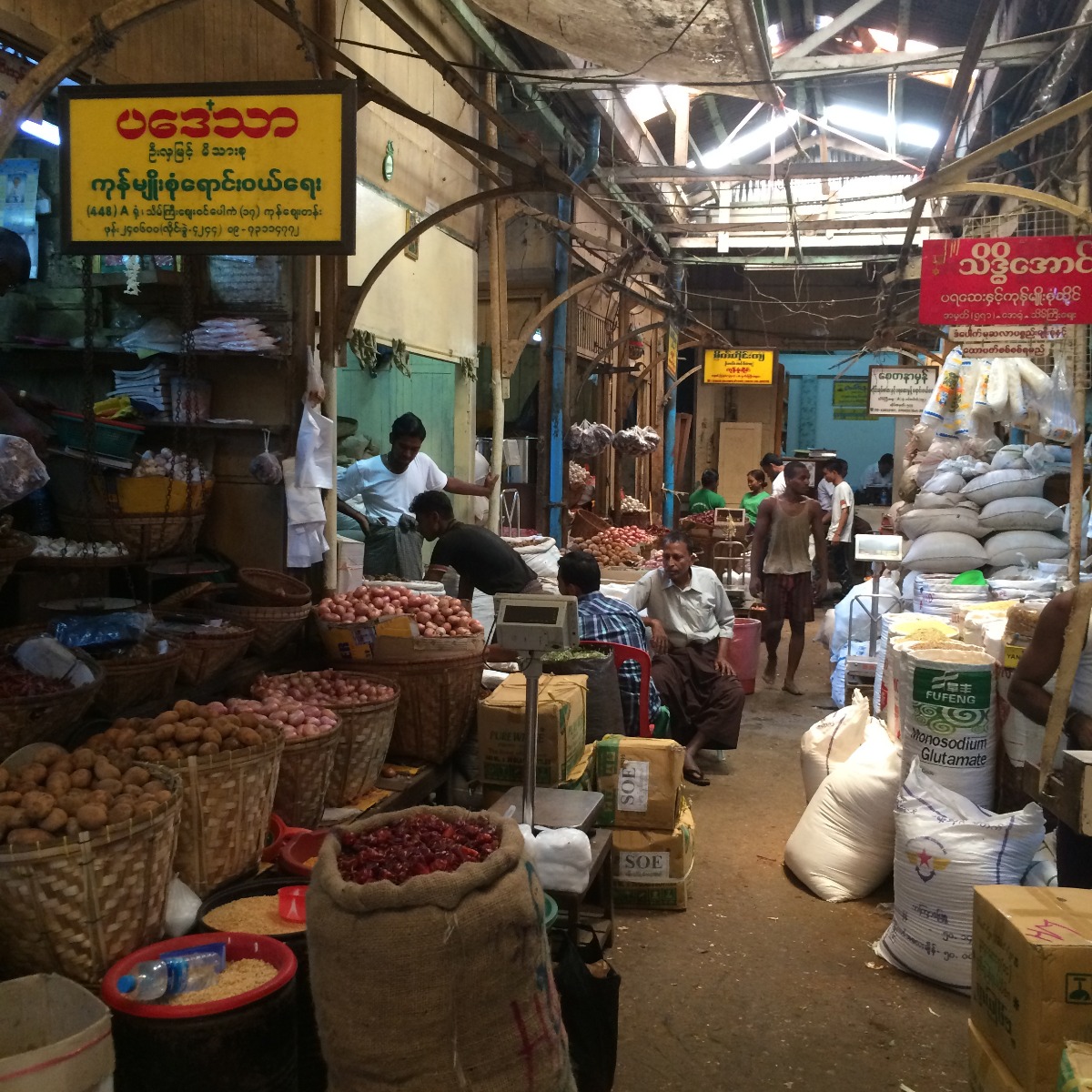 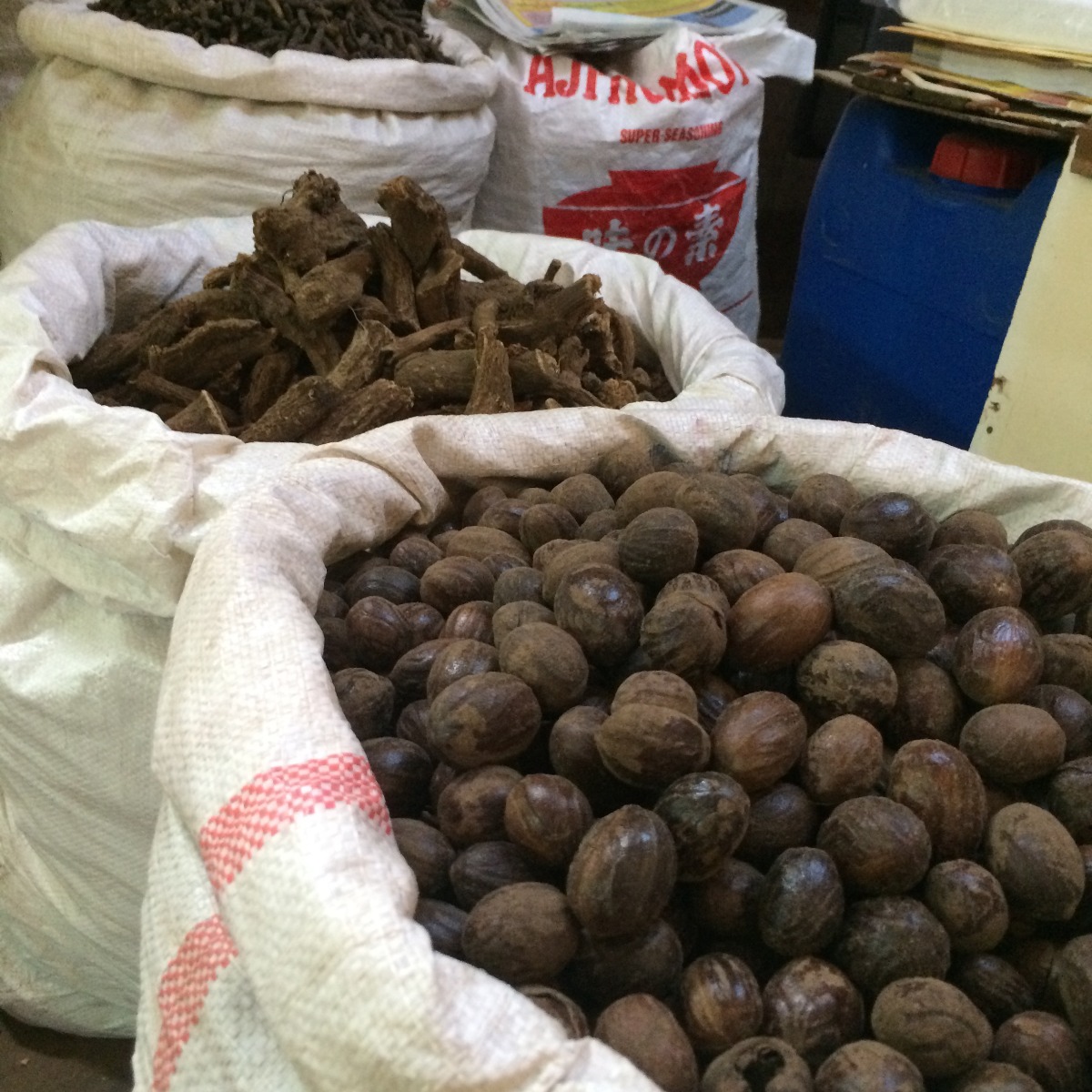 nutmegs and long pepper in the market which were on a stall that specialised in herbal medicine, not used for cooking 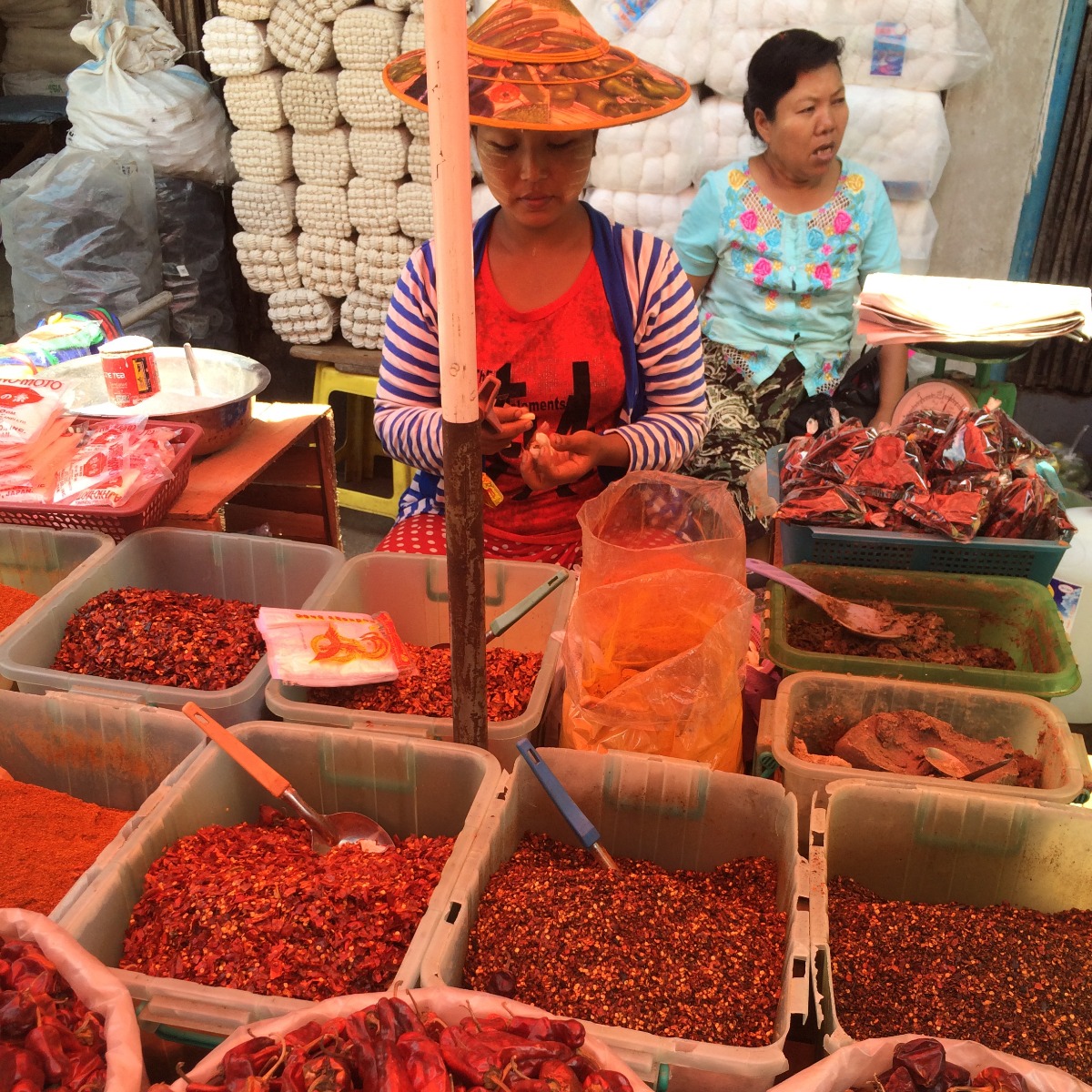 The main flavourings are dried red chilli (a fairly mild one which is used either whole then soaked and crushed up, ground to a powder or most often, roasted to various shades of darkness), ground turmeric, dried shrimp, garlic and onion. Having said that, they are also very keen on one of the most pungent seasonings you'll ever see, smell or taste. Ngapi - Kipling (him again, he didn't win that Nobel prize for literature for nothing!) described it as "fish pickled when it should have been buried a long time ago". There's no getting away from how pungent it is (literally in some parts of the market), but it does also give real depth and savouriness to the food and Burmese food wouldn't quite be the same without it. 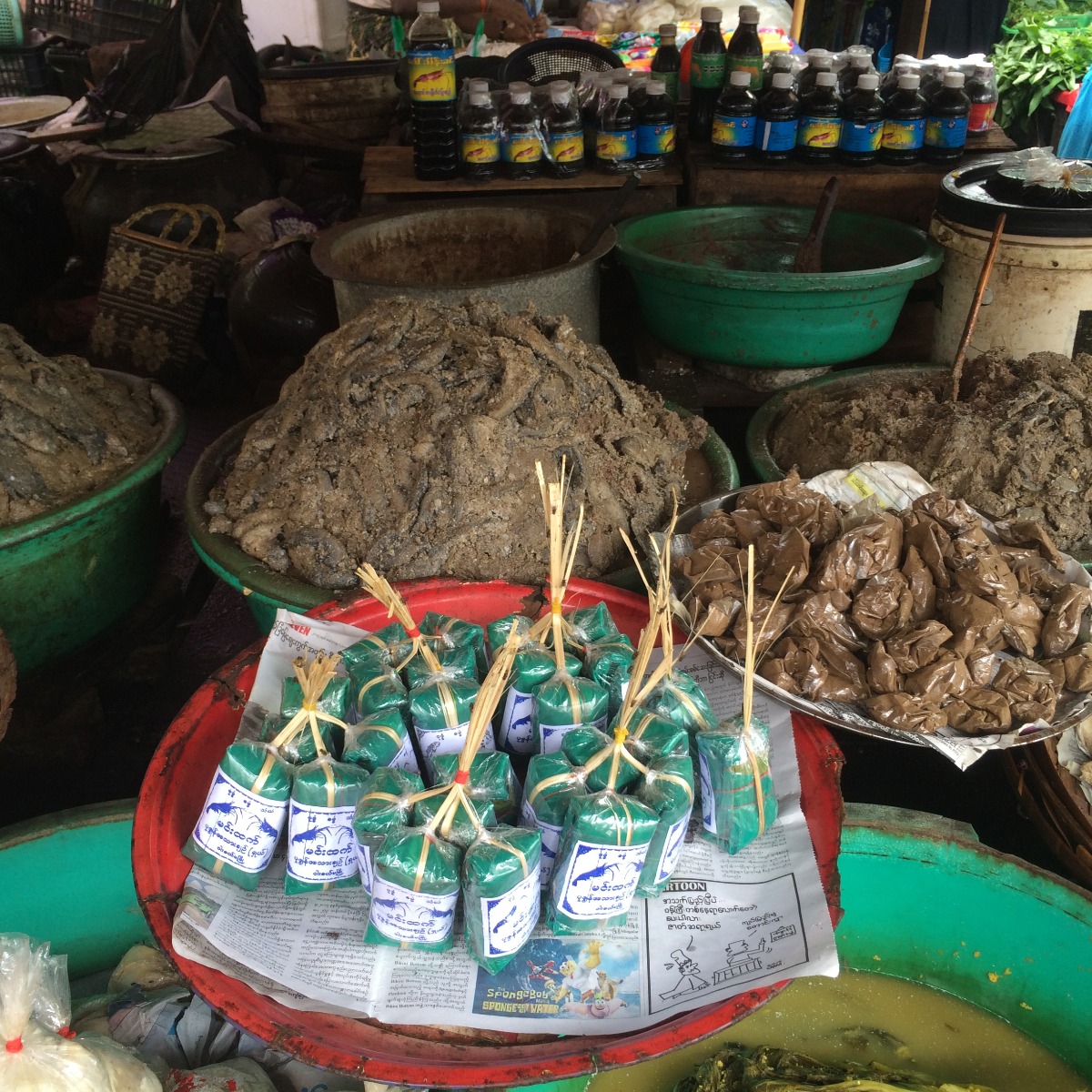 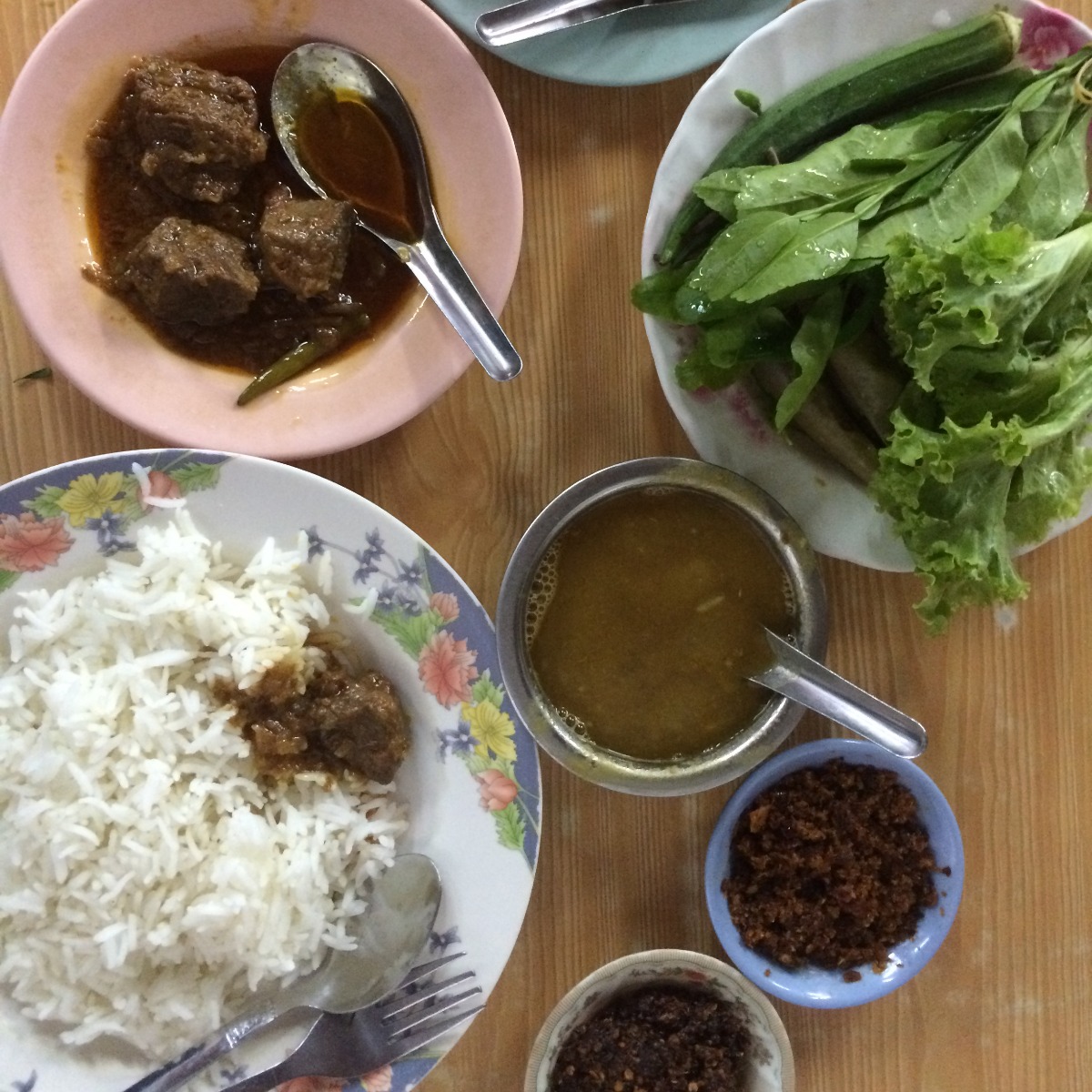 Ngapi is made from salted fish left to rot and ferment which create a thick, pungent grey liquid that can be used plain or infused with garlic and chilli to make a table condiment for dipping raw vegetables and herb; A typical Myanmar meal - curry (always with an extraordinary amount of oil on top which I was variously told was for preservation, because people liked the taste or to moisten the dish), a simple stir-fried vegetable dish which could be aubergine, okra, cabbage etc, a salad, a soup, a crispy condiment called balachaung which is a mix of fried shallots, garlic, chilli and dried shrimp, plus a plate of raw and lightly cooked vegetables, greens and herbs to dip in the pungent ngapi sauce.

Some of the big surprises: 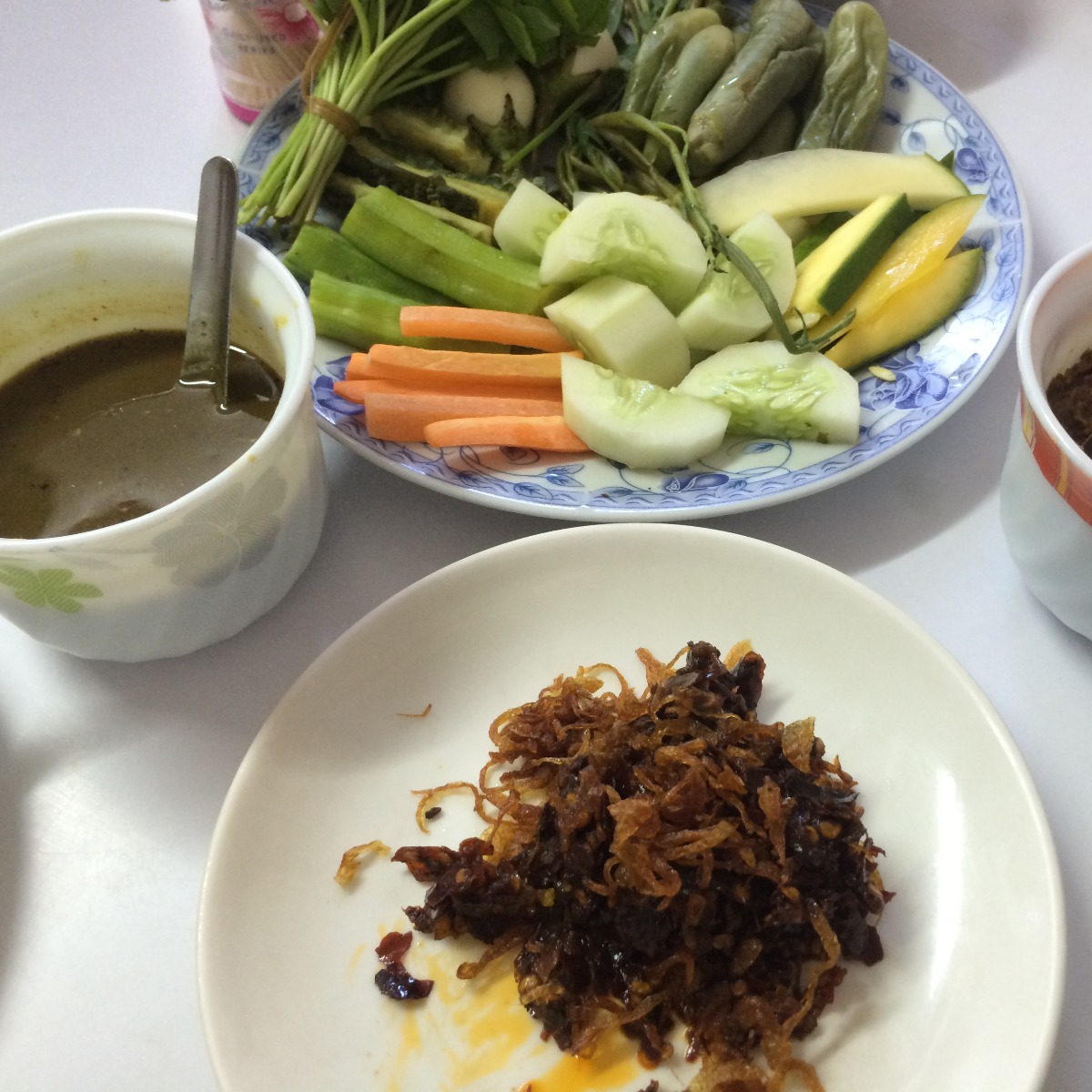 Pickled tea leaves to be used in tea leaf salad, one of the most popular dishes in Myanmar; Samosa salad

Samosa salad - 2 words you don't expect to see together but it's a very popular snack on the streets of Yangon. To make it you take a vegetable samosa cut into chunks then mix together with chickpeas and potatoes cooked in a turmeric broth, shredded cabbage, tomatoes, tamarind dressing and a pinch of garam masala. You can then choose the option of eating it cold or have the whole thing submerged in the thick turmeric cooking liquid from the chickpeas to make a soup. 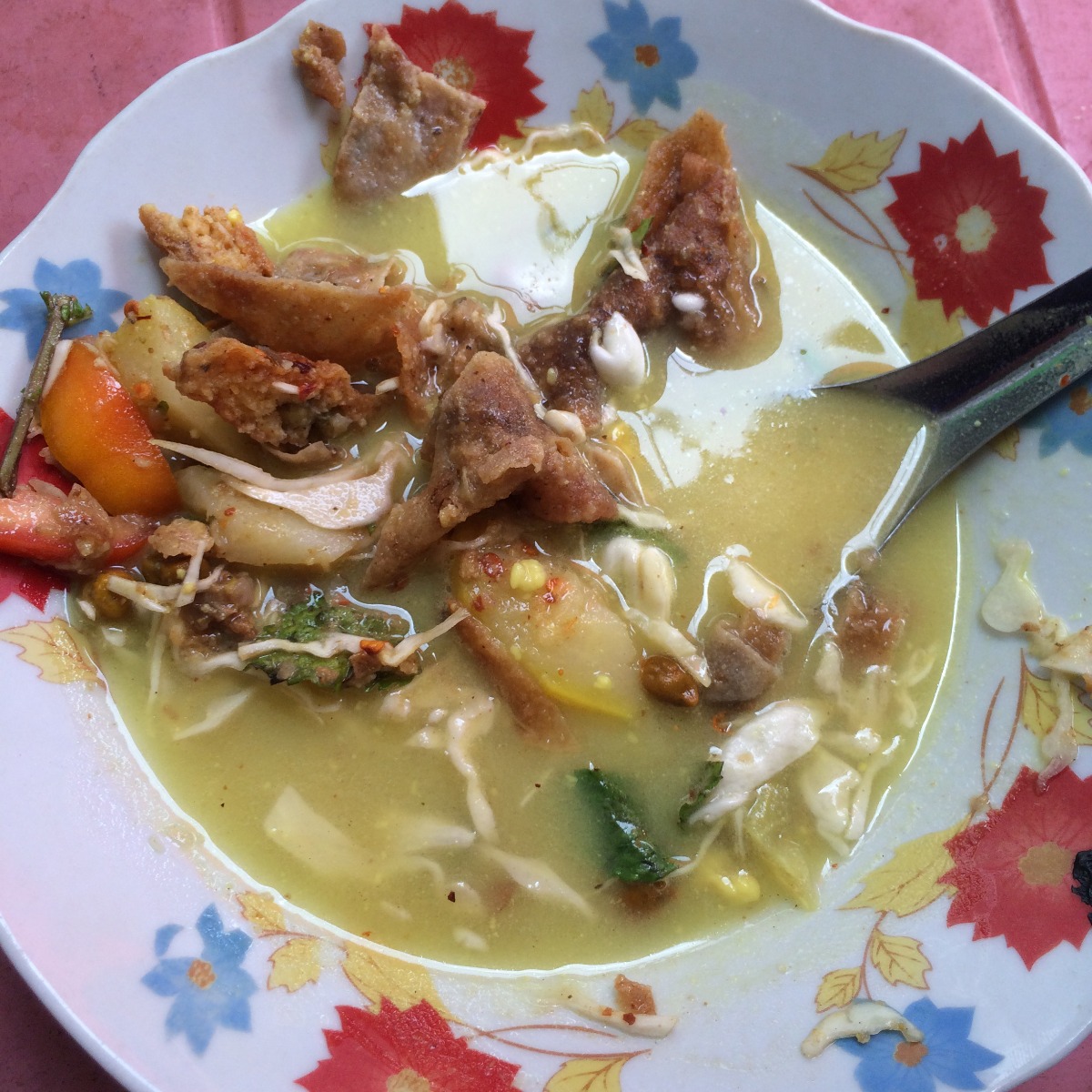 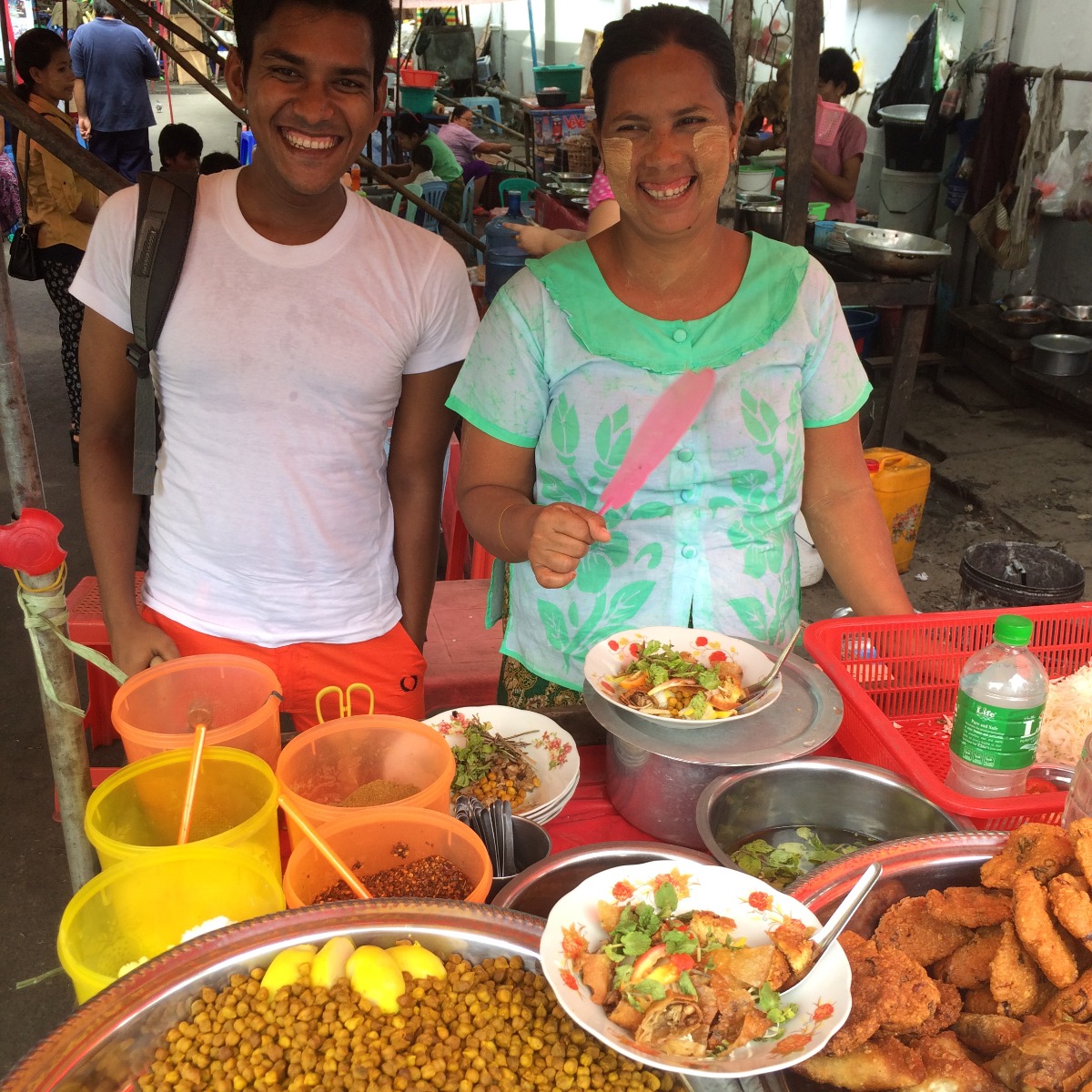 Samosa salad stall - most girls in Myanmar wear this thick yellow paste that looks a bit like hummus on their face which it turned out is the ground bark of a tree mixed with water and apparently is very good for the skin! 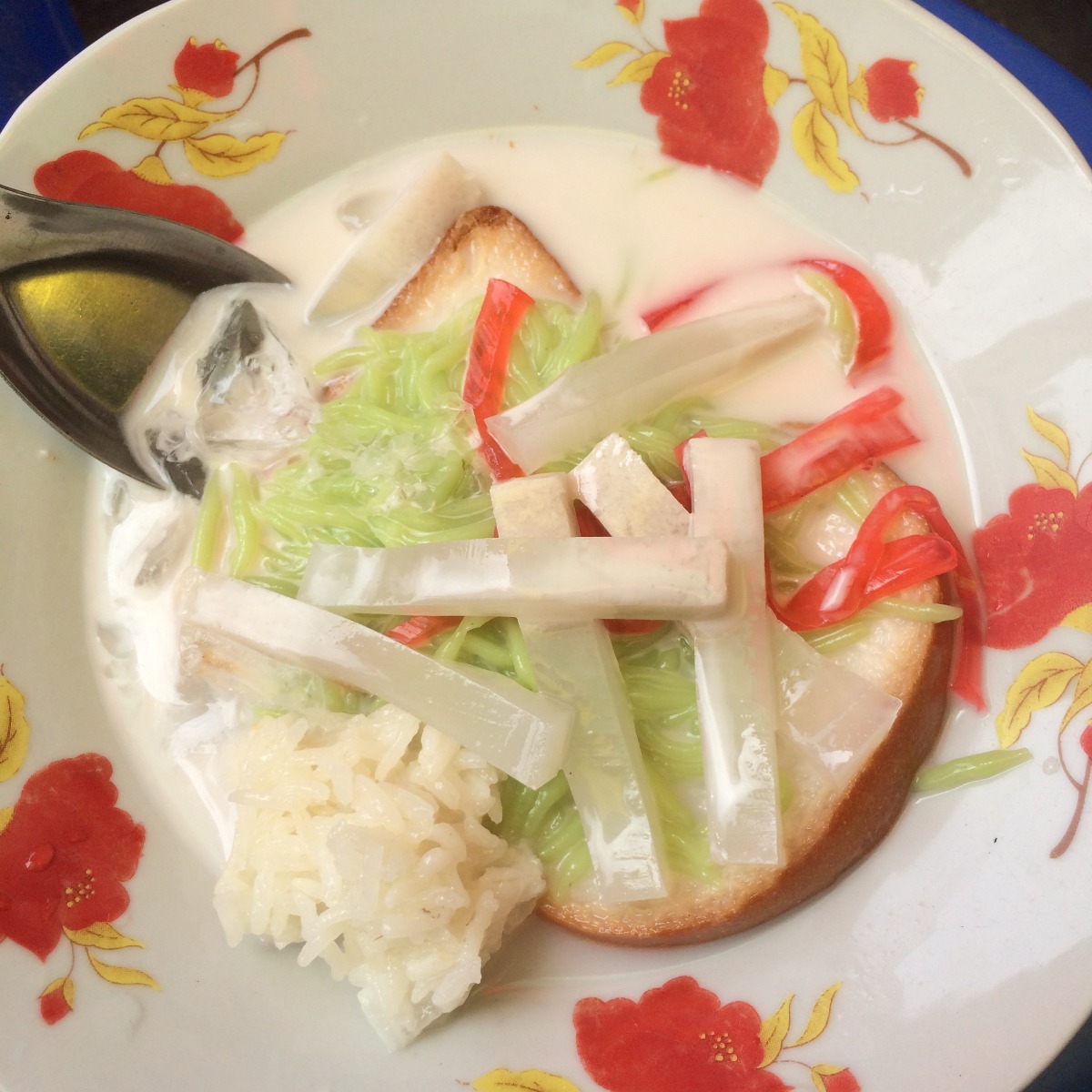 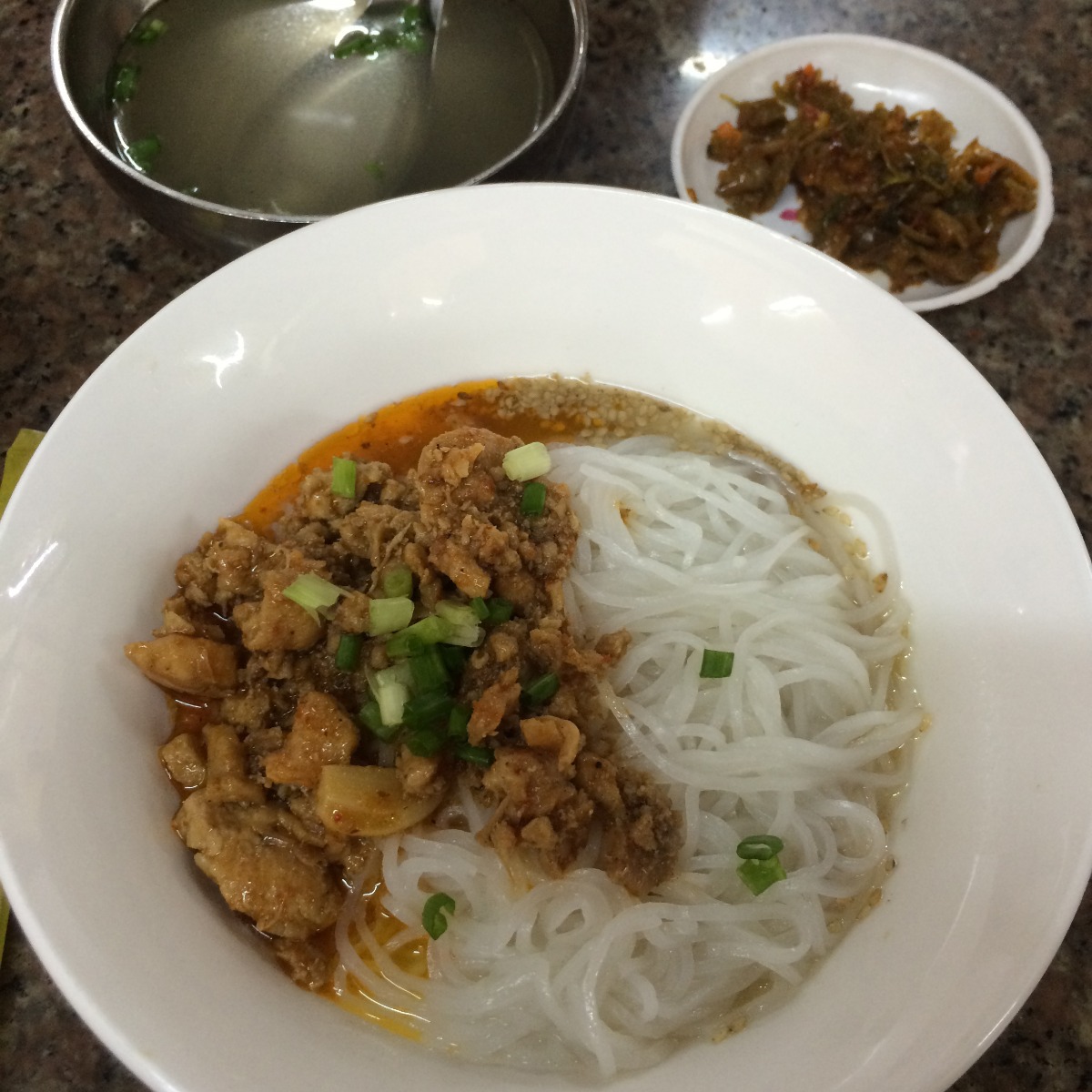 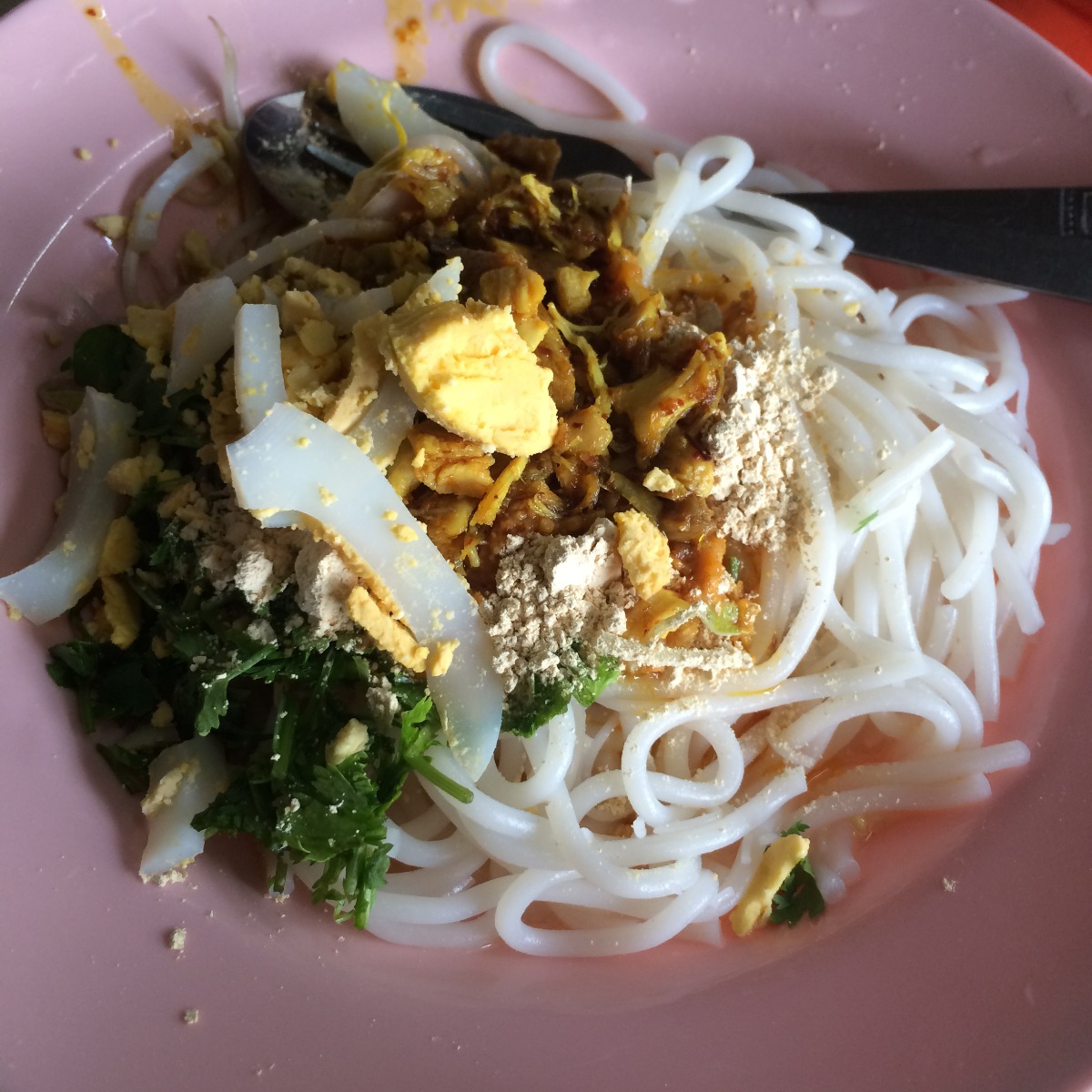 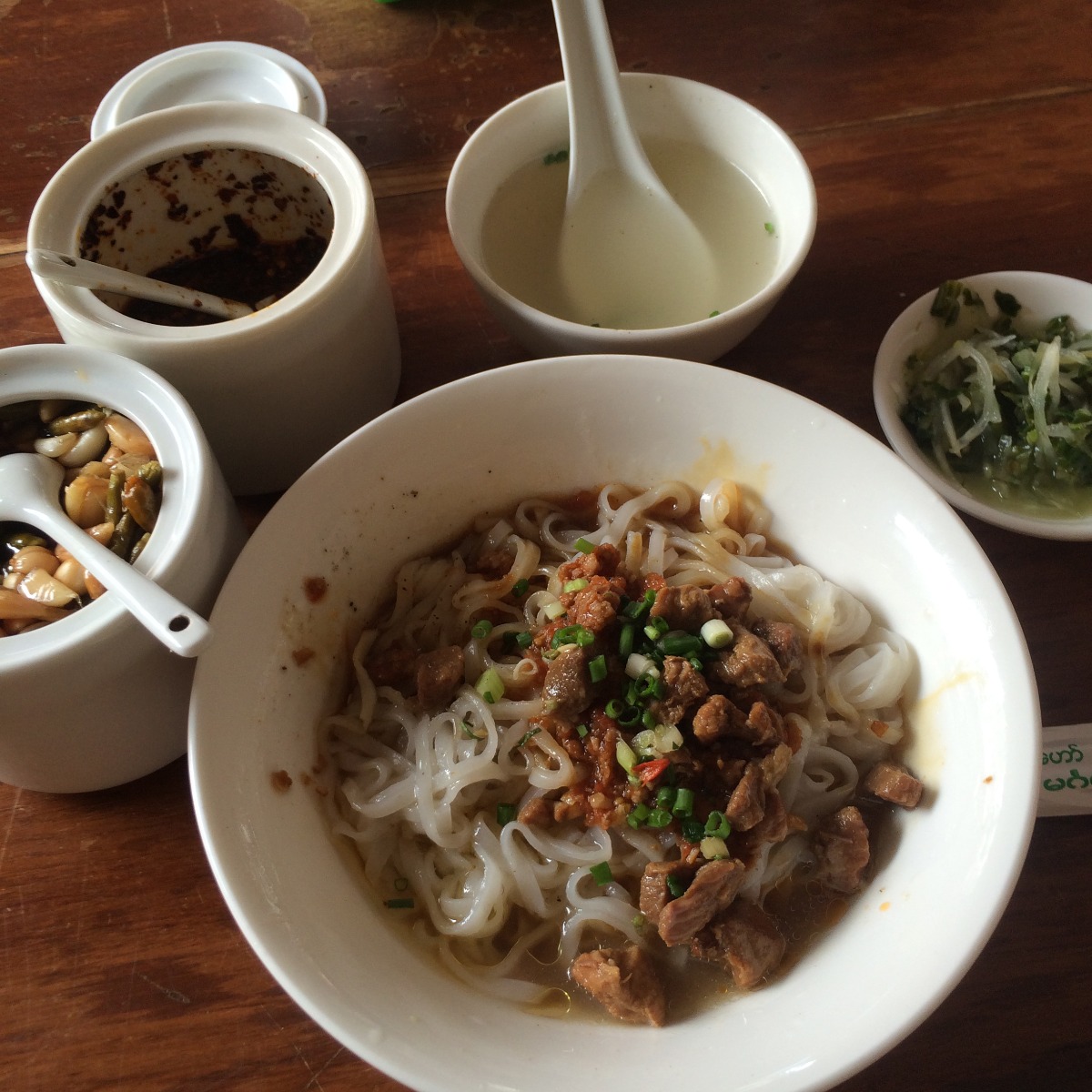 Kachin beef curry - the Kachin people are from the far north of the country by the border with China. Their food is really unusual and complex with lots of unfamiliar herbs and seasonings. This curry was made with spicy beef stir-fried and pounded together with fresh herbs and fish sauce, then served with a ginger salad and....... 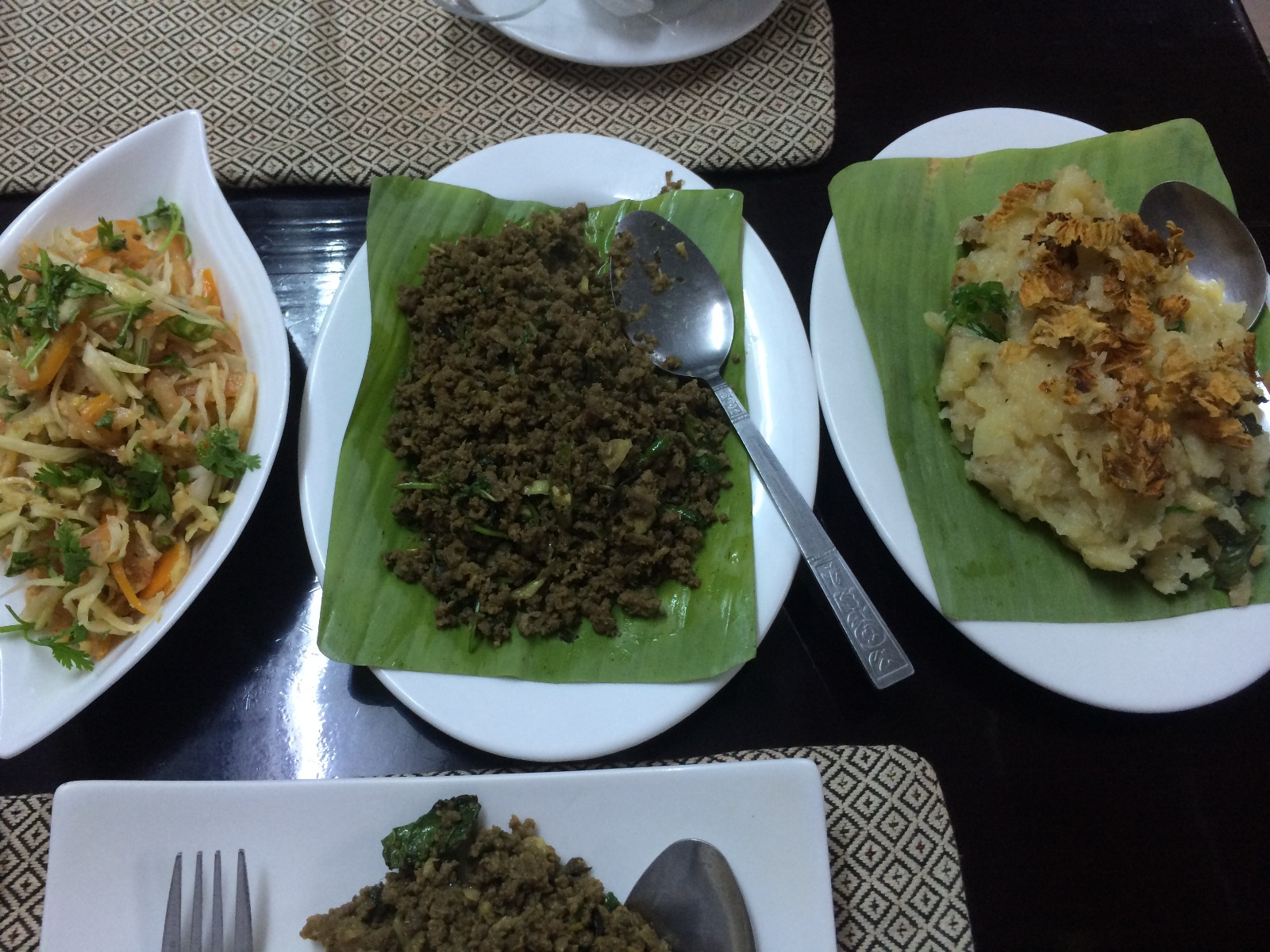 ......mashed potato! The British contribution? The British were in Burma for over 100 years, and although there isn't so much of the visible legacy that you see in India (with the exception of the still intact colonial downtown heart of Yangon), there are still some little reminders of the British presence..... 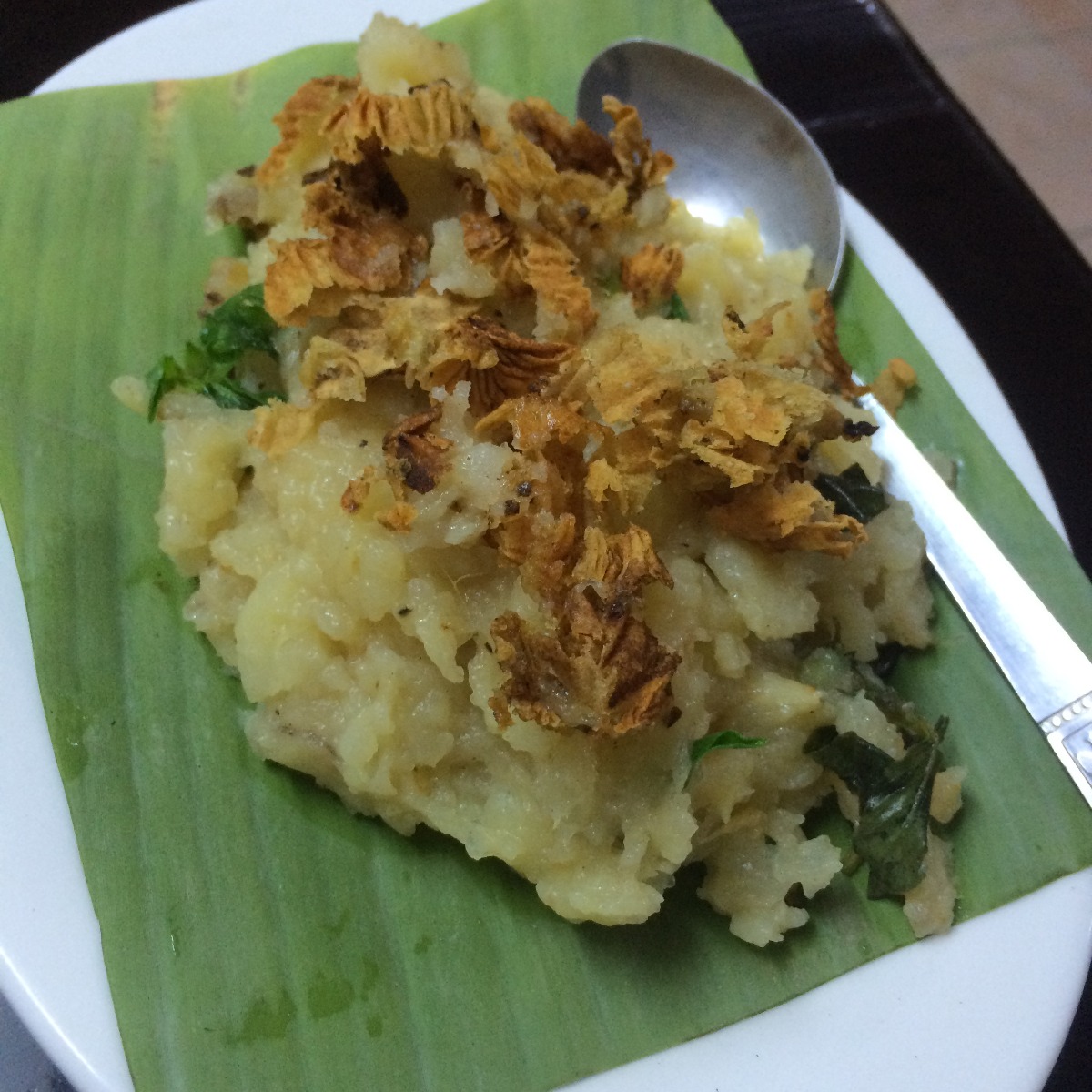 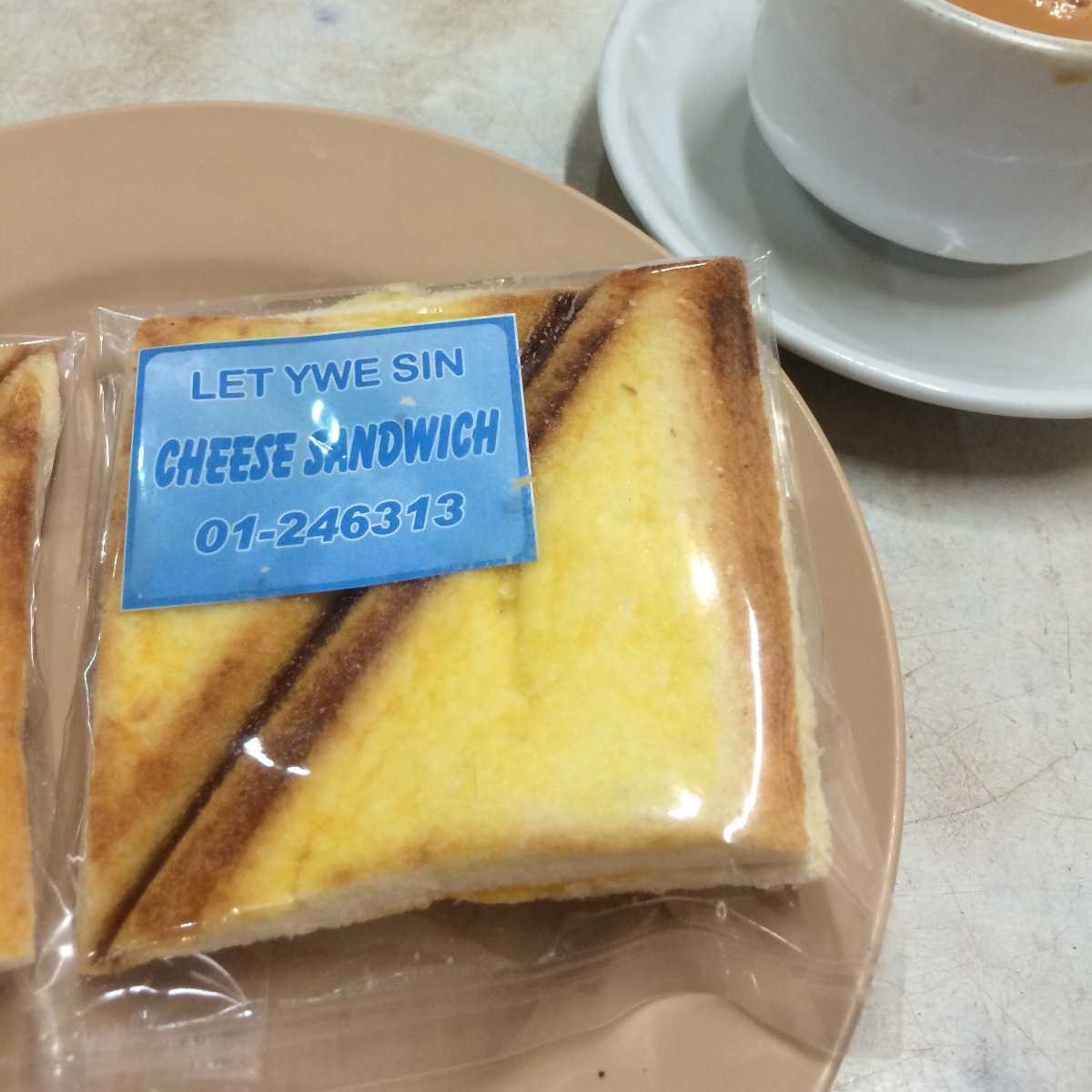 ....milky tea and a totally plain cheese sandwich - not sure whether to be proud or apologetic!

Back at the Spicery, I tried to recreate a Myanmar fish curry. It wasn't perfect but not a bad first attempt: 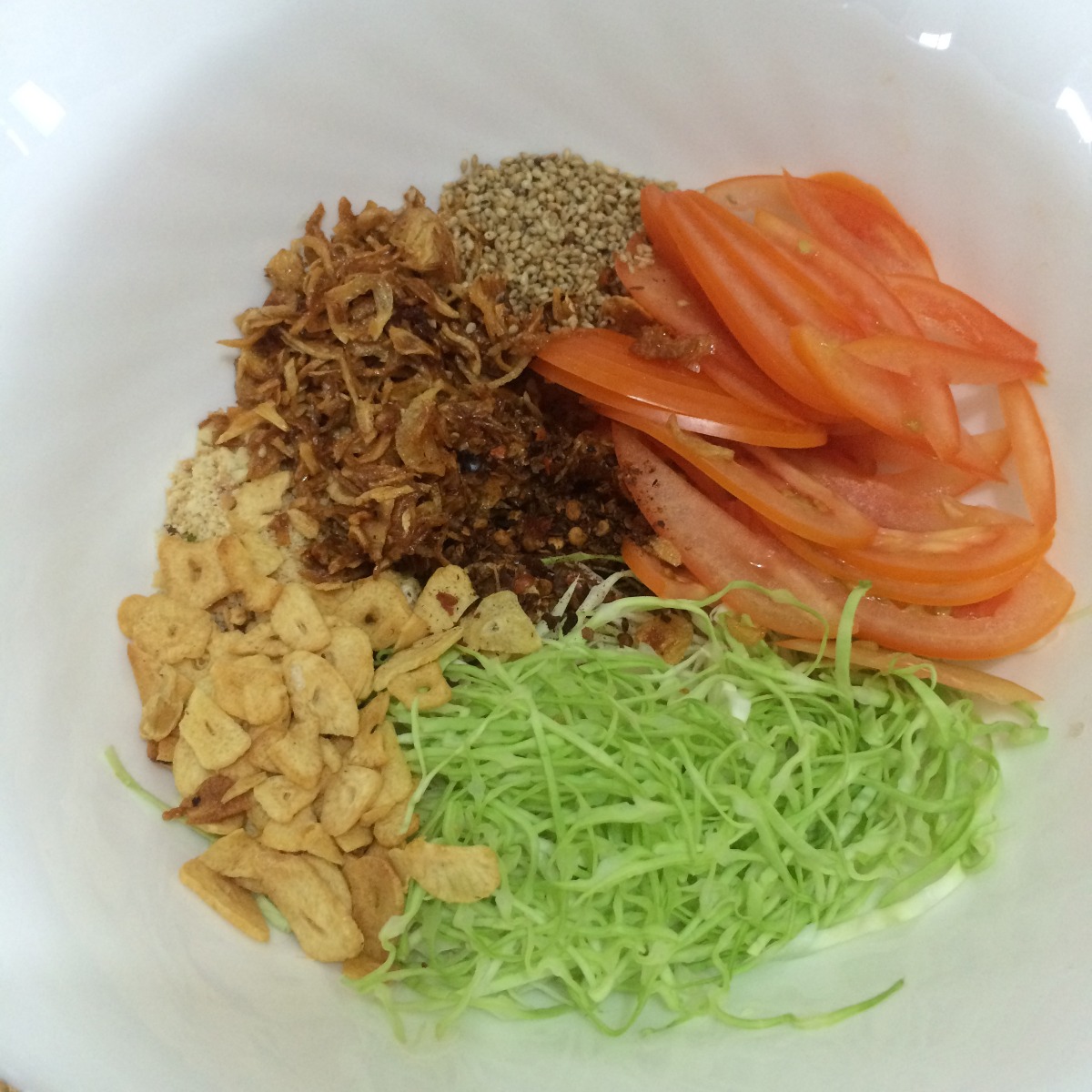 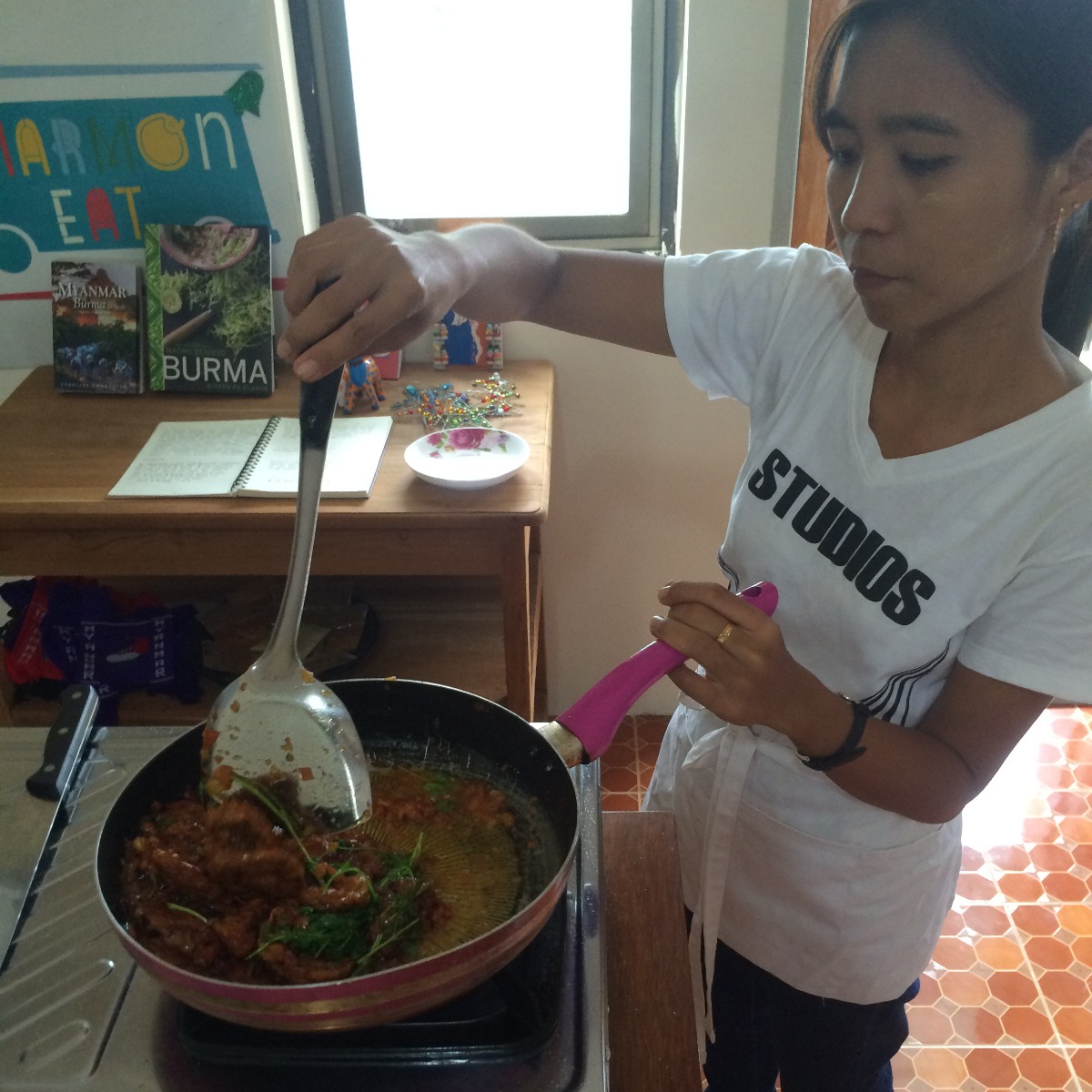 First marinate the fish in a splash of fish sauce and a pinch of turmeric. Then soak a couple of dried red chillies, crush them to a coarse paste with chopped garlic, ginger and lots of chopped shallot or red onion. Fry this paste in lots of oil (about 3 times as much as you think is sensible), then add chopped slightly unripe tomatoes and fry until they start to break down. Add a splash of fish sauce, salt and water then add the fish for 5 minutes until cooked through. 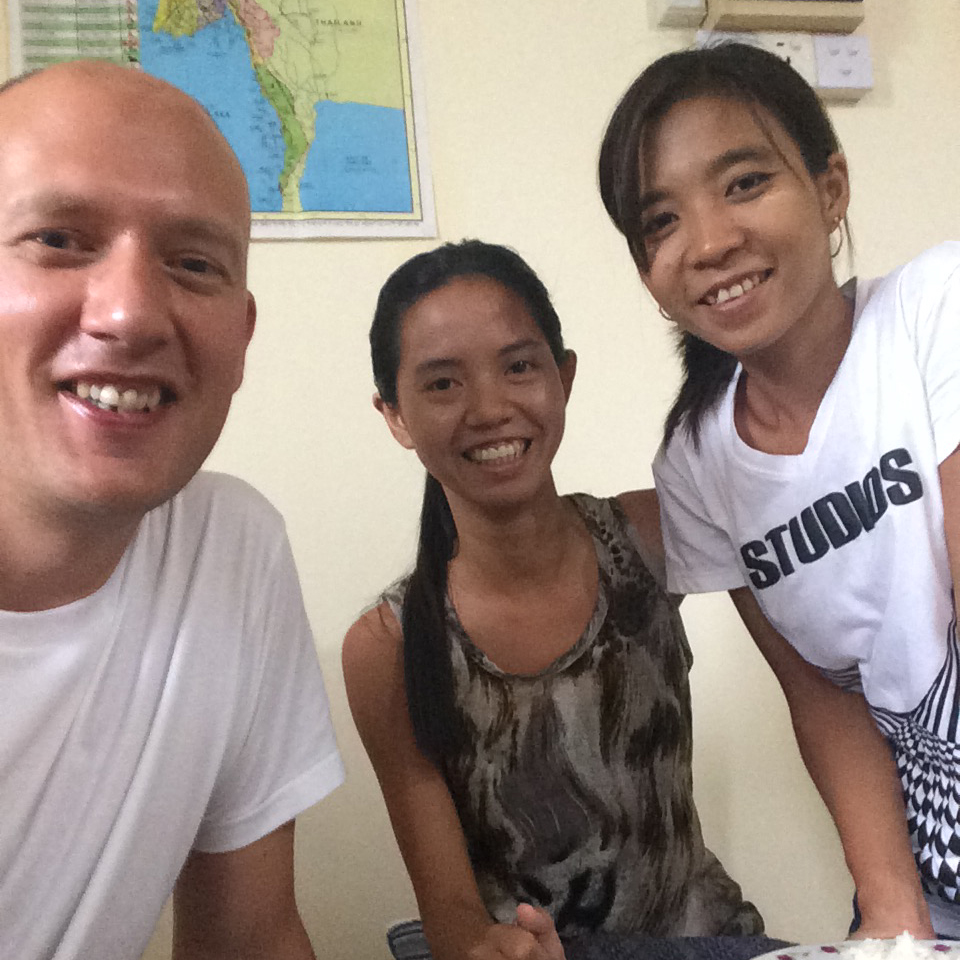 Thanks to sander and the harmoneat team, if you ever visit Yangon one of their cooking classes would be a real highlight of your trip and they're also a charity doing some really valuable work with underprivileged communities in Myanmar so well worth supporting!