Madras, now called Chennai, was one of the most important centres for the British in India as a trading hub as well as a significant military base. 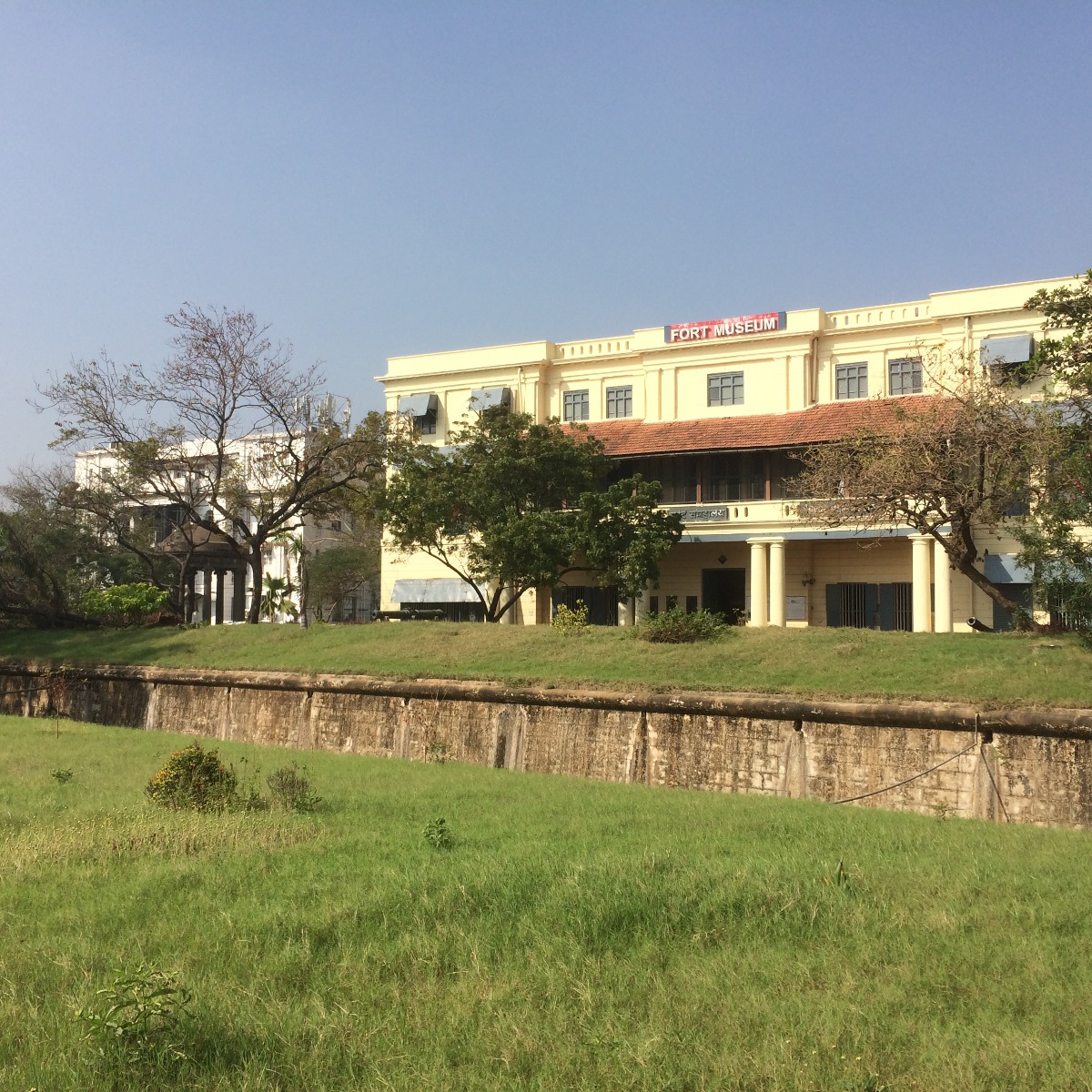 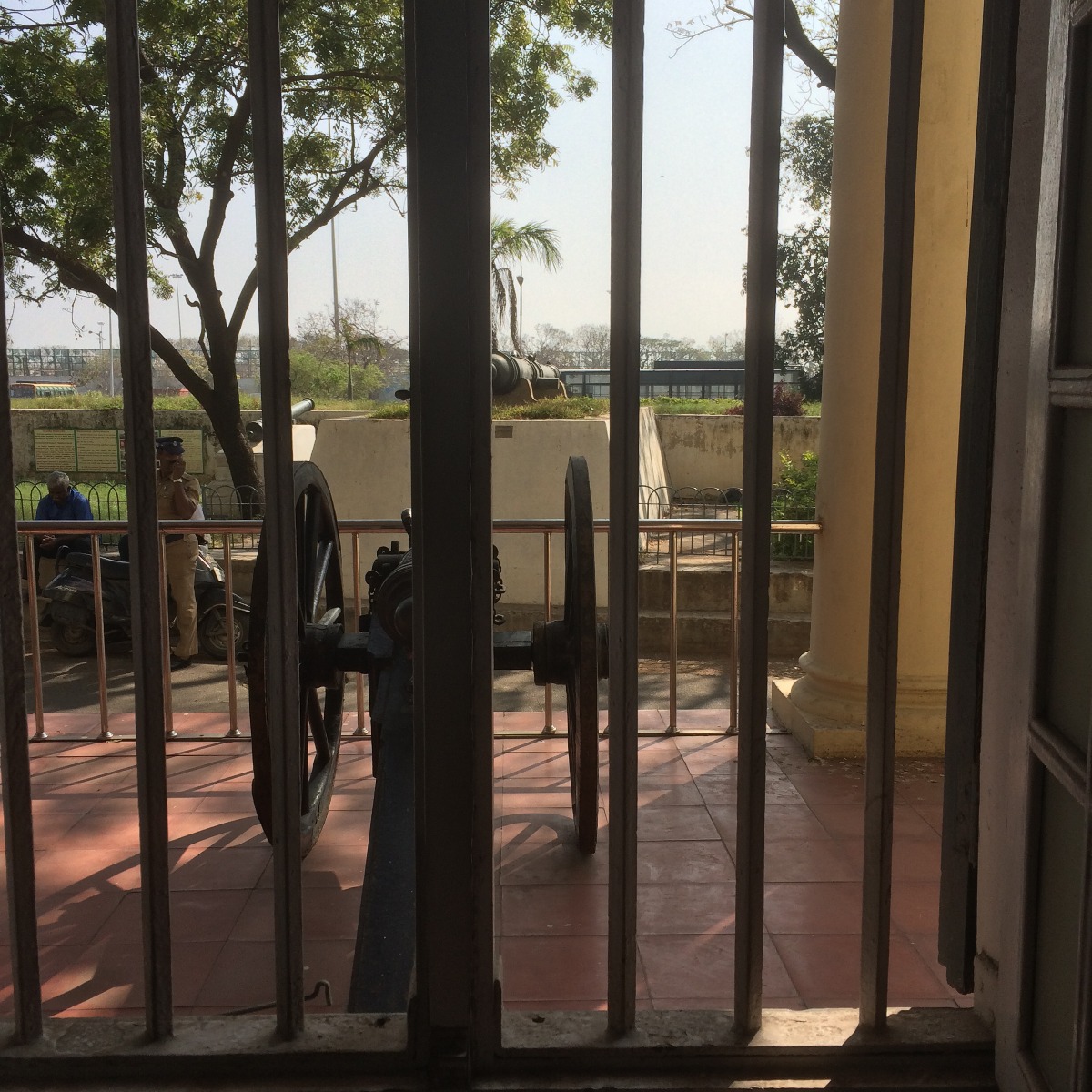 Fort St George, the home of the British East India Company in Madras

The position at the Southern tip of India with good access to trade across the Bay of Bengal was hugely valuable, and along a short stretch of the Coromandel Coast (both north and south of Madras) all the major European powers including the Dutch, Portuguese, French and even the Danish struggled for dominance in the 18th and 19th Centuries. 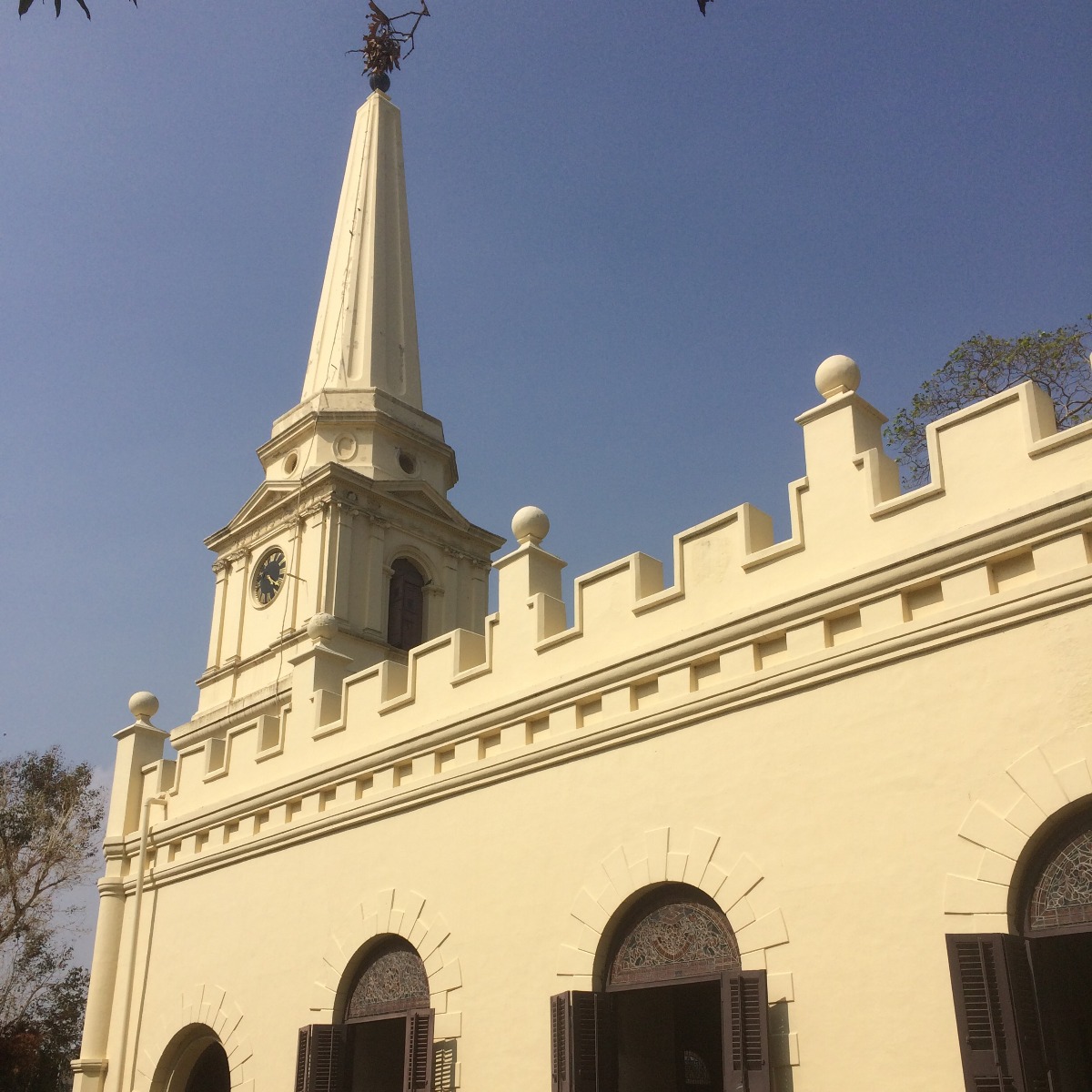 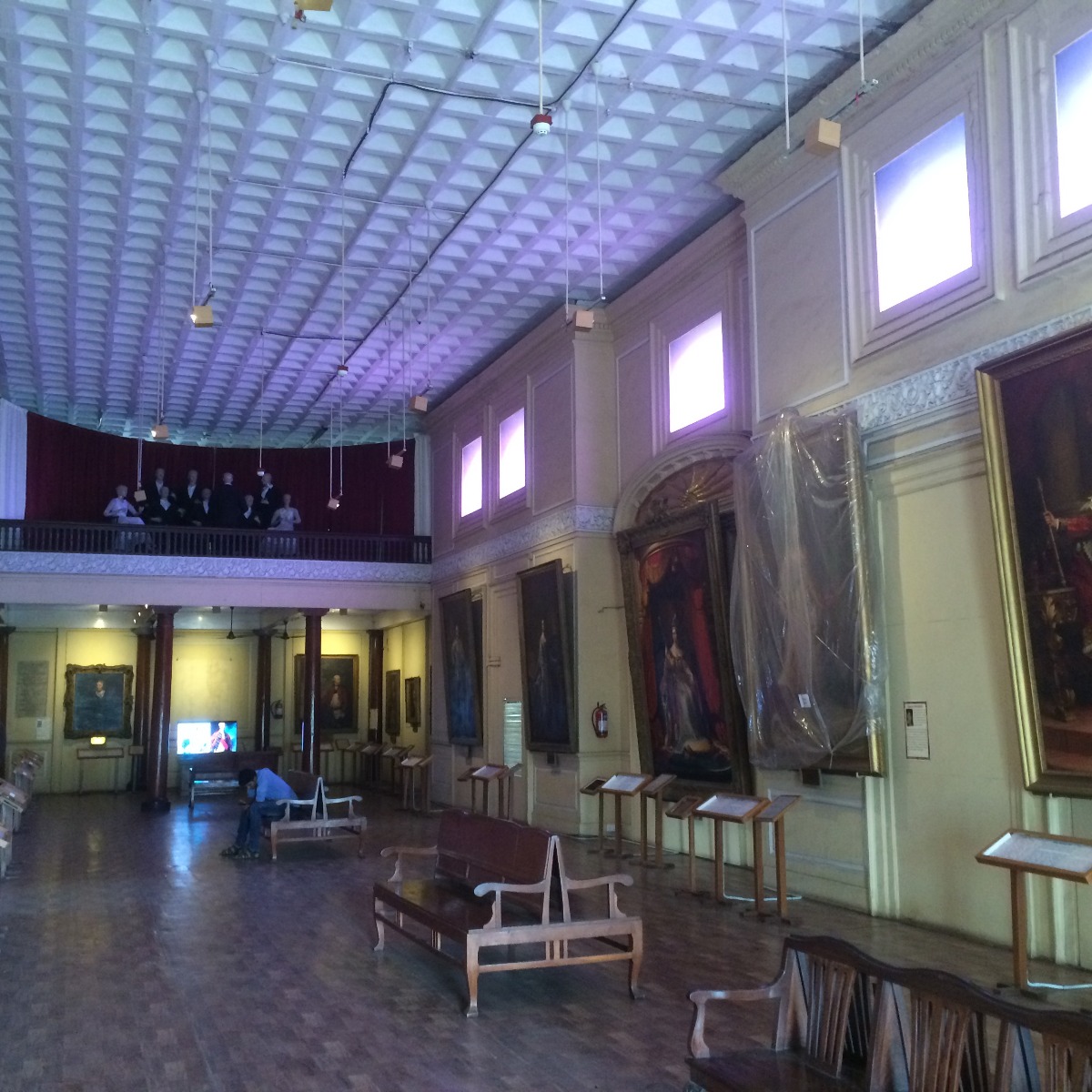 Eventually the Dutch were forced out to concentrate on their settlements in the East Indies (modern day Indonesia), the Portuguese ran short of funds and manpower, the Danish were only ever a minor presence in the region, and after several violent confrontations, the French were restricted to their town of Pondicherry leaving the British East India company to dominate the region and grow wealthy from the trade that came with it. 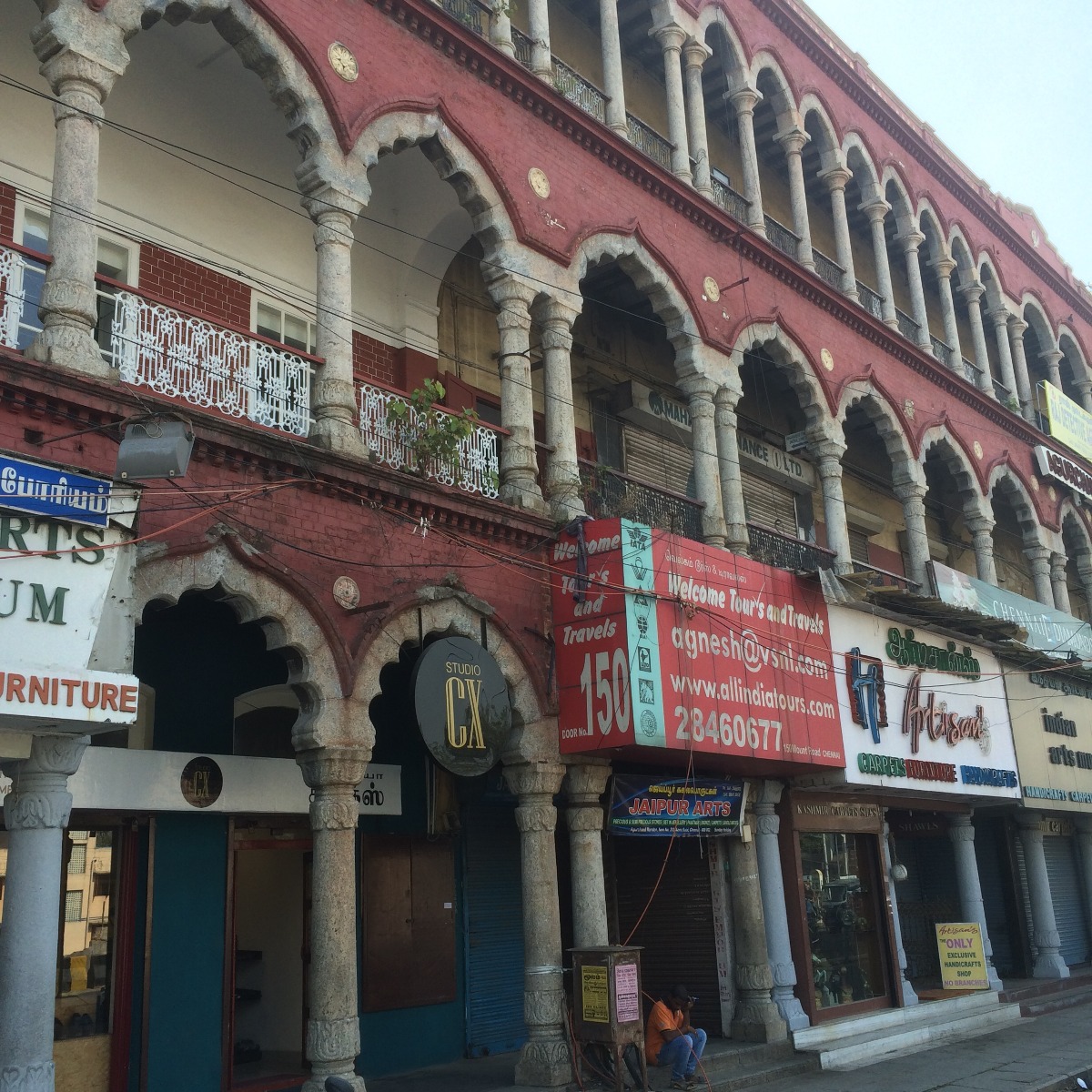 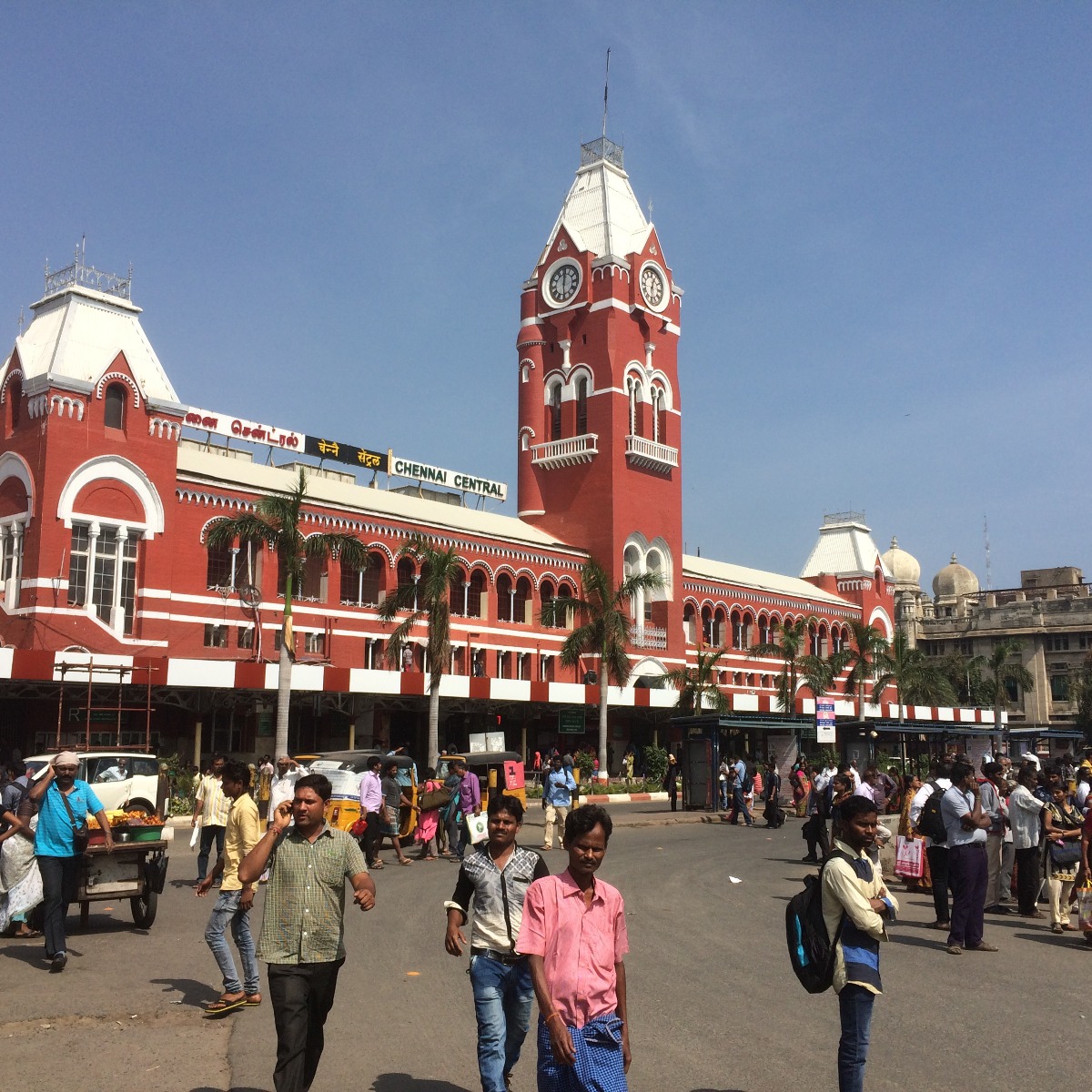 The British presence in Madras is particularly interesting for us in terms of the food we cook at the Spicery, as so much of the 'Indian' food that's cooked in other parts of the world - the Caribbean, South Africa, the Indian Ocean islands, Singapore, Malaysia and the South Pacific - is directly related to the traditional food of Madras and Tamil Nadu. 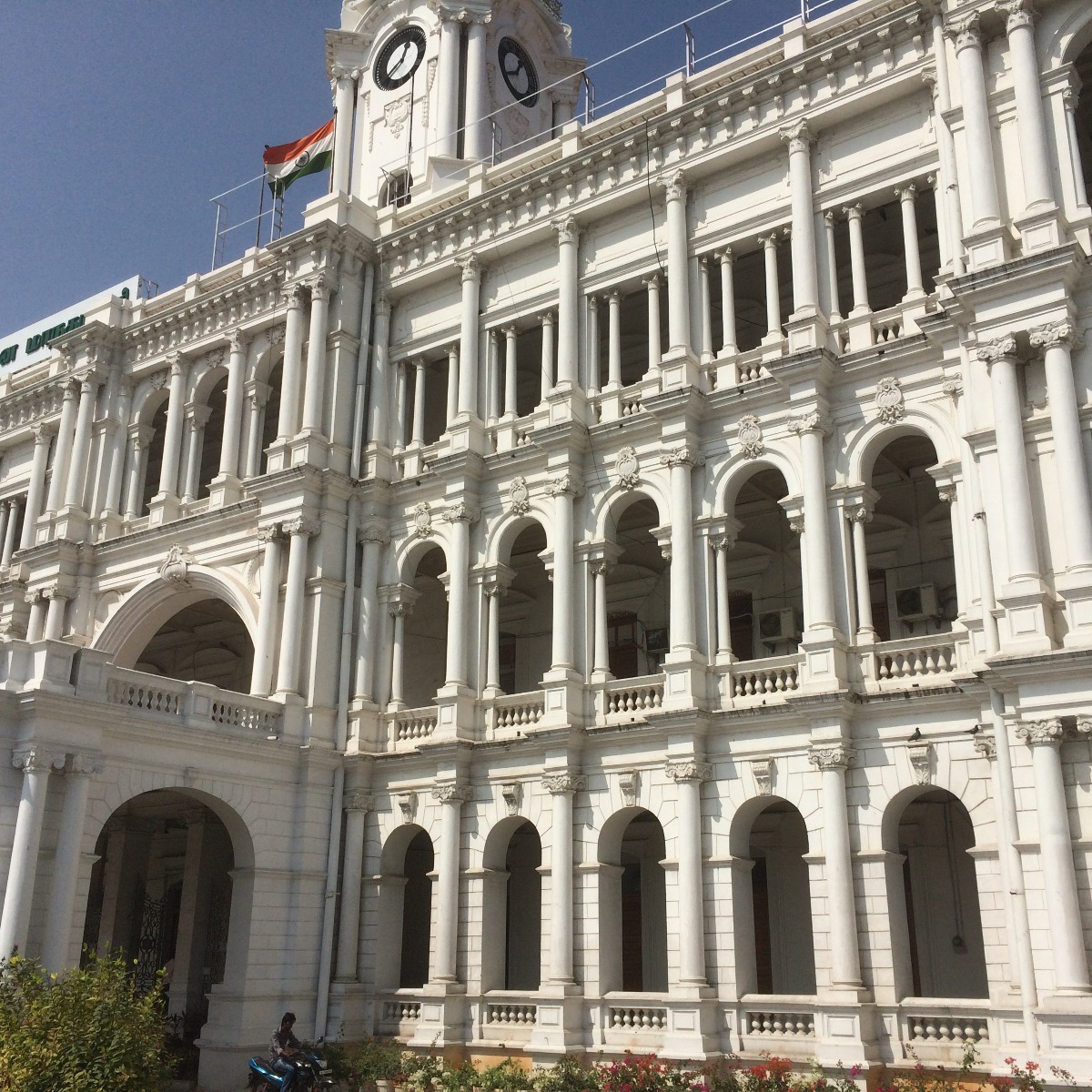 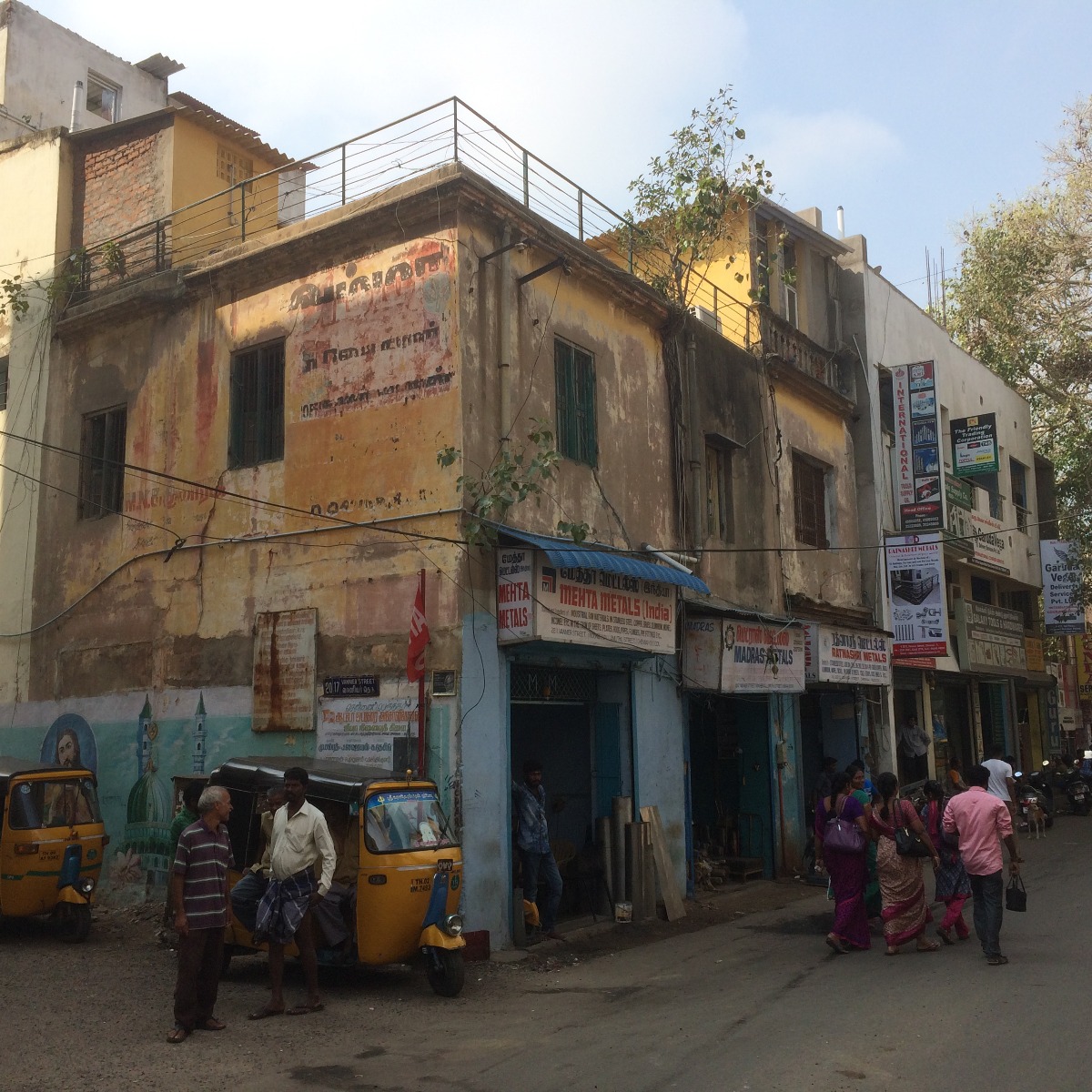 The British took tens of thousands of Tamils from South India to their newly established colonies around the world to work on plantations and as indentured labourers. This is why the rotis of Trinidad, Bunny Chow of South Africa, the vegetable curries of Mauritius and the Mamak stalls of Malaysia have similar dishes and flavours (although always with quirky local twists), as the people that originally made them were Tamils who cooked from memory of their homeland but used whatever local ingredients were to hand. 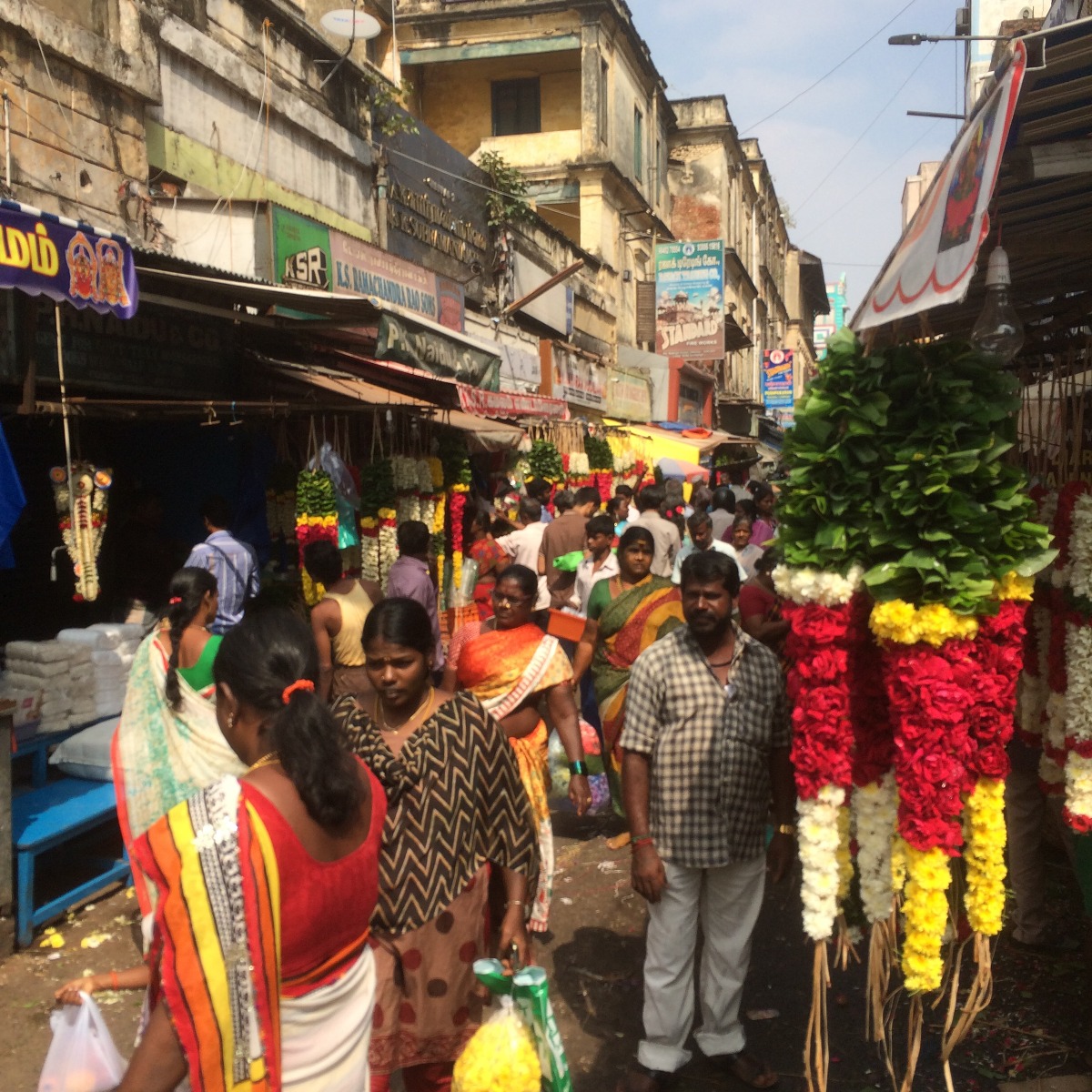 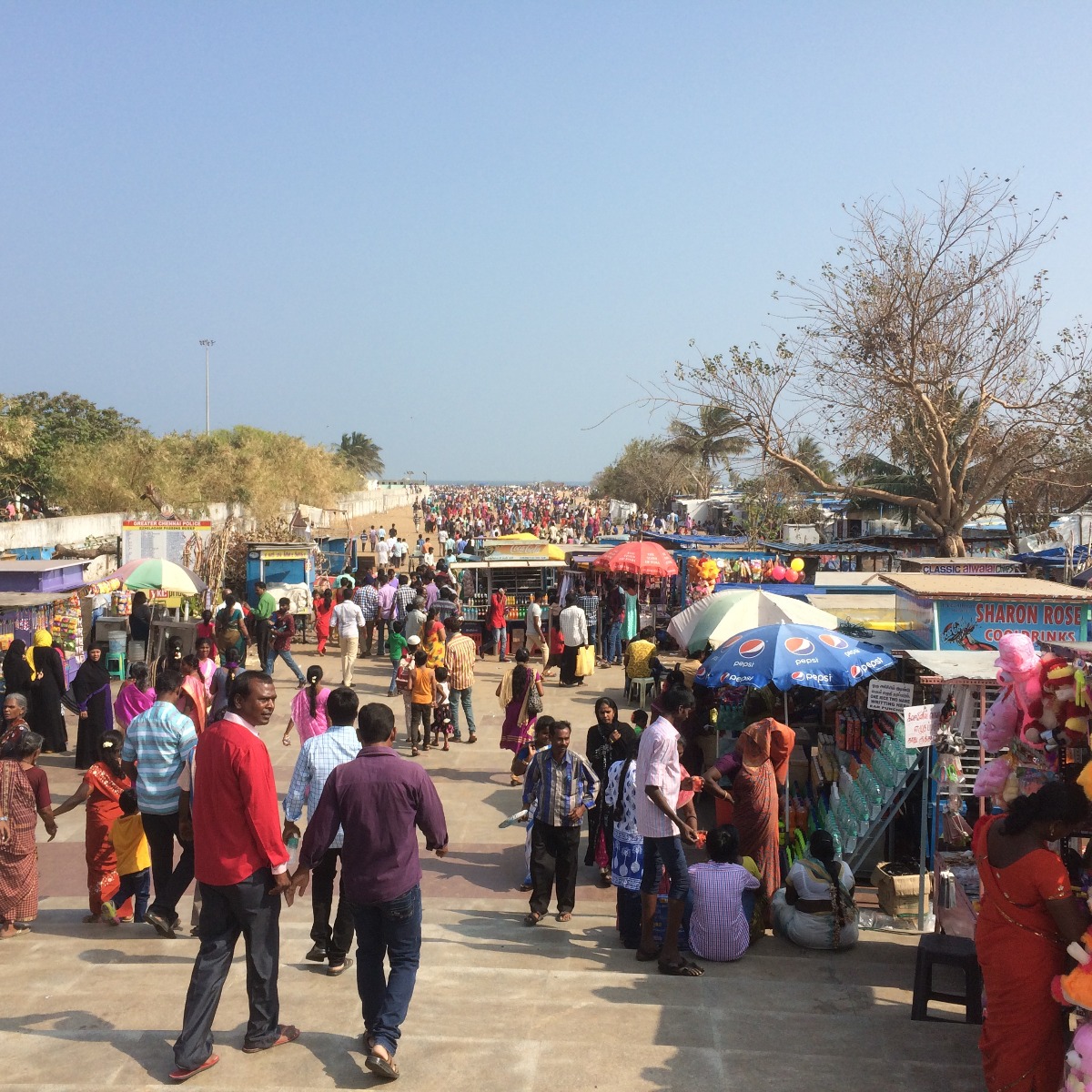 The busy streets of the old city in Chennai

I only had a couple of days there but it was fascinating to see the old colonial buildings and sense the history, as well as taste the local food and see the roots of so much of the cooking that we do every day at the Spicery. Here are a few highlights: 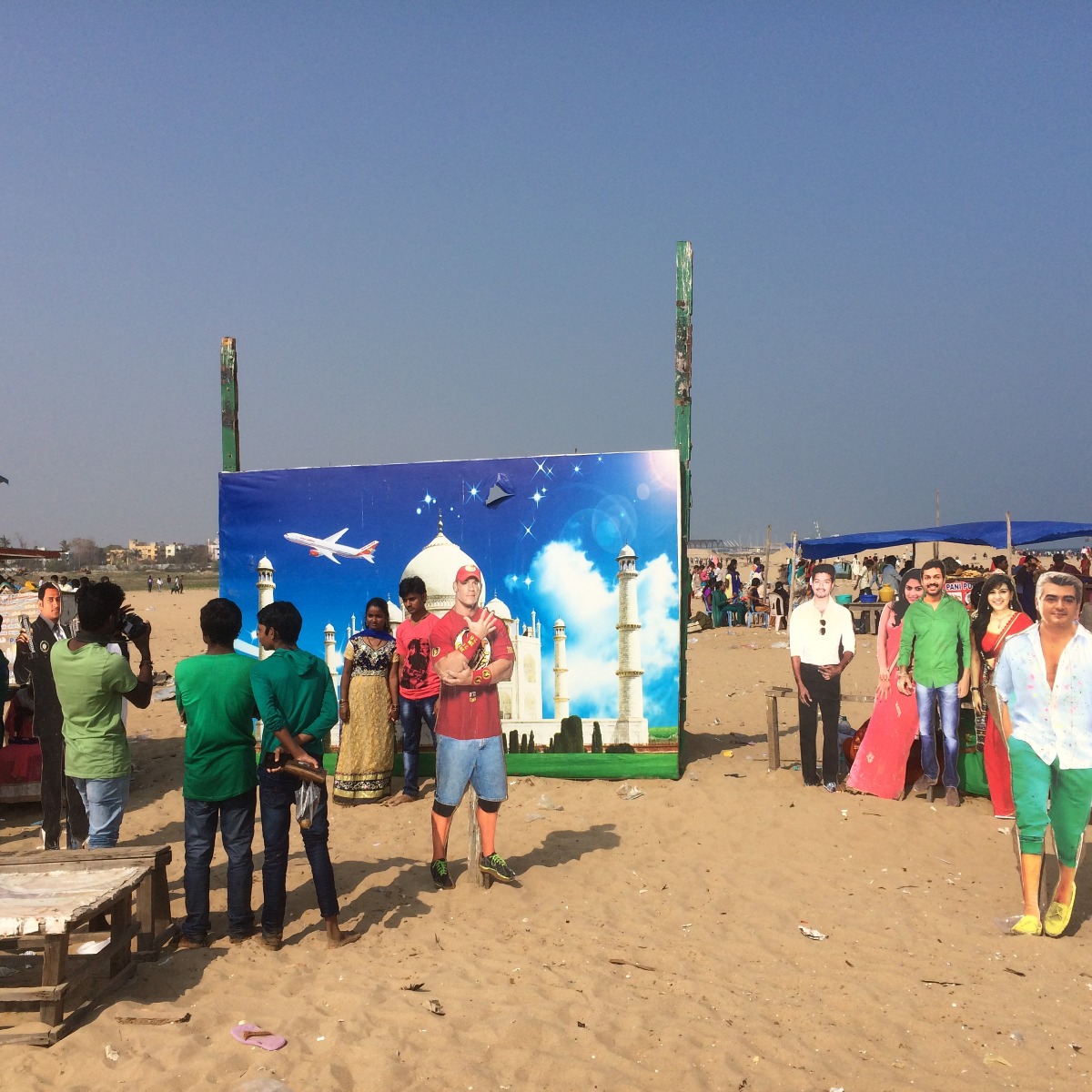 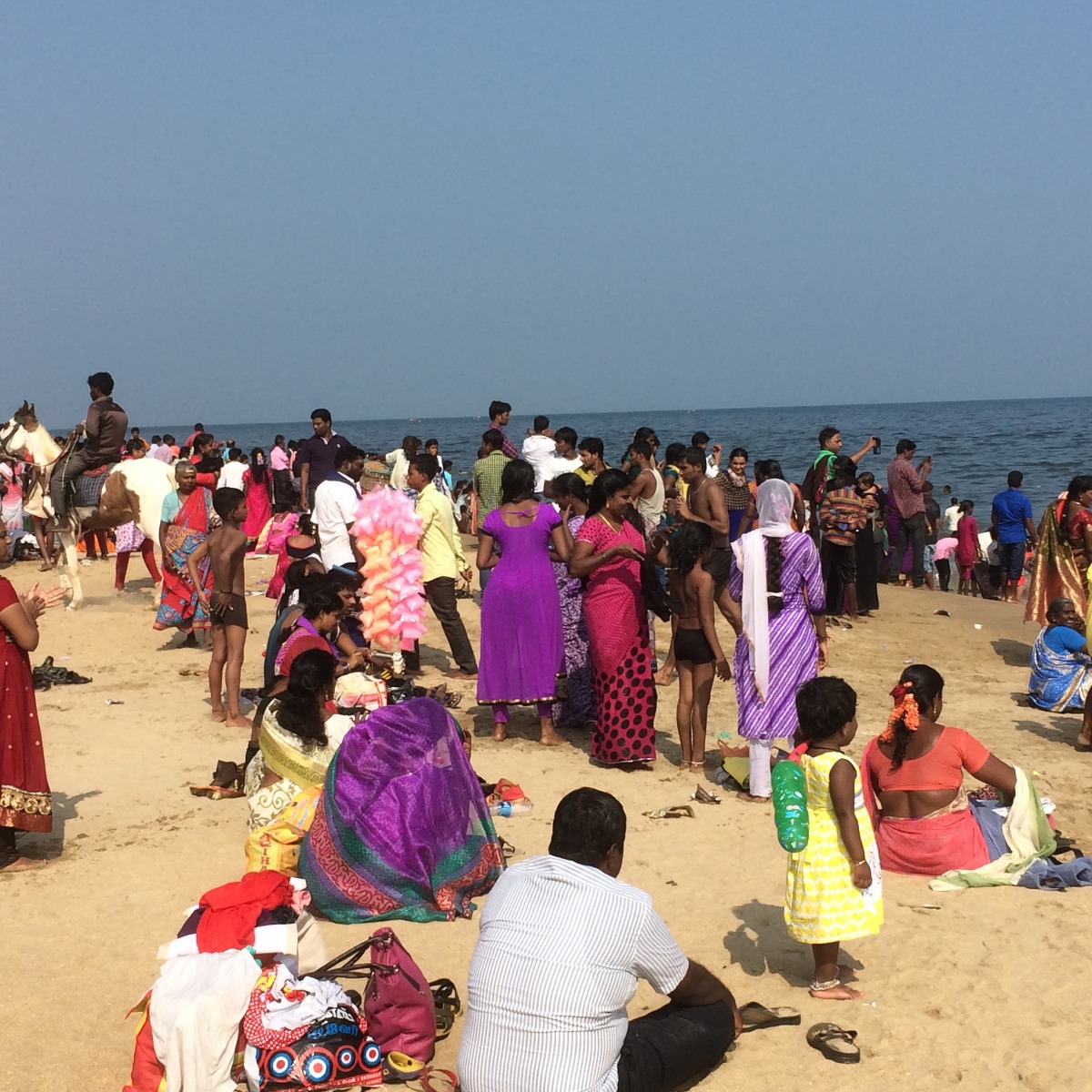 Christmas Day on Marina Beach in the centre of the city 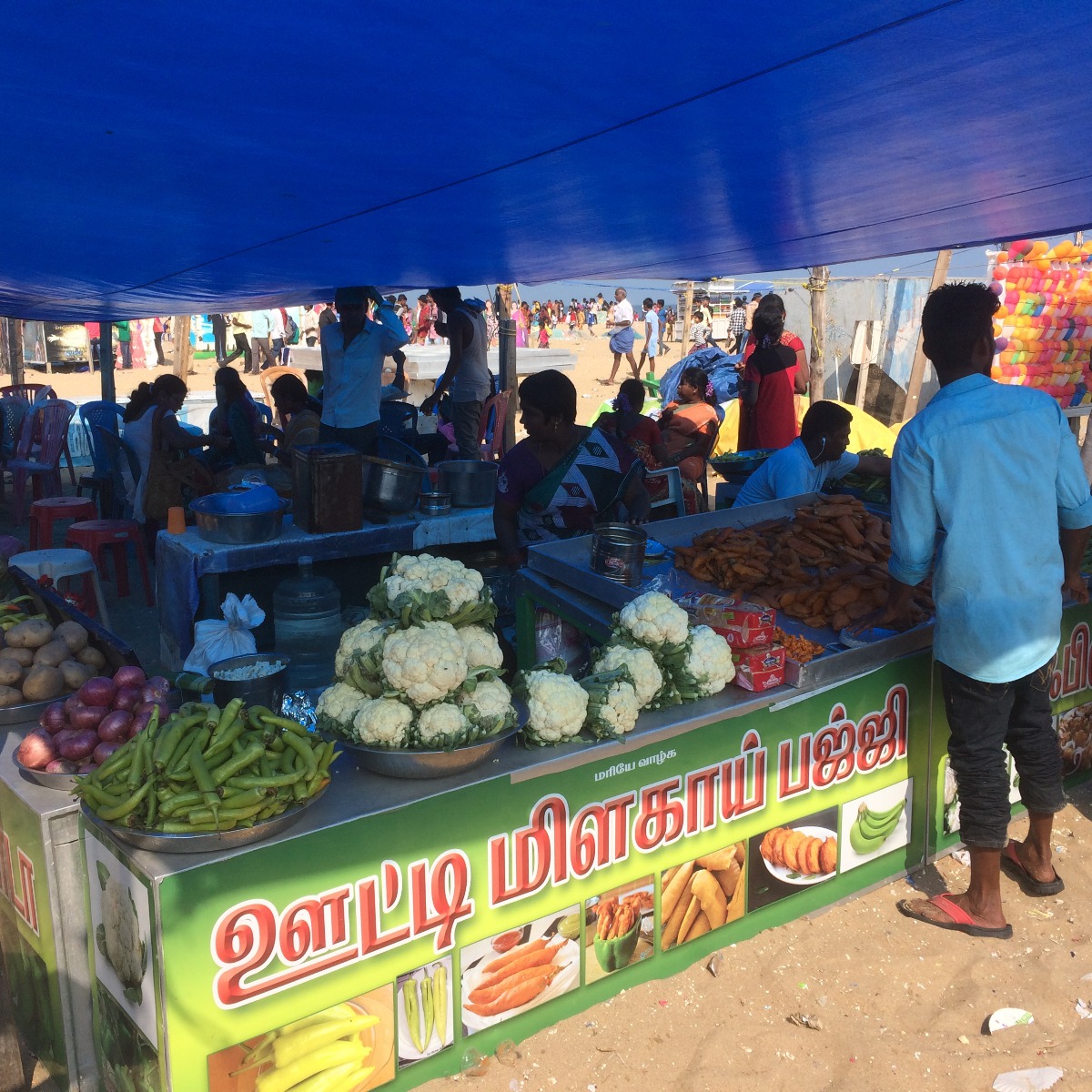 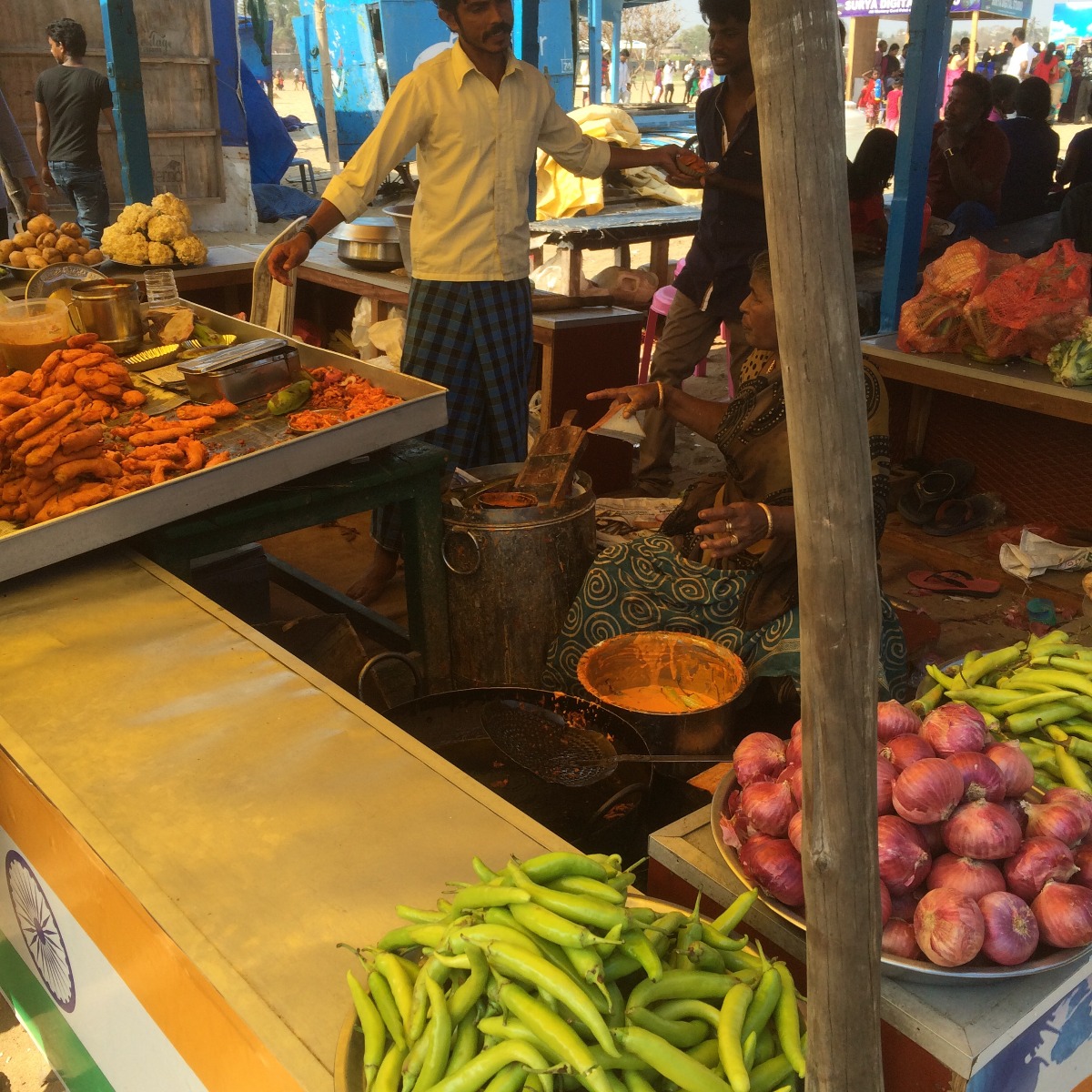 Bhaji stalls on Marina Beach - the stalls have all kinds of vegetables that are prepped to order, dipped in a spicy batter and deep-fried, a very nice beach snack!

Often the menu is highlighted as being 'pure veg' which generally seems to mean no meat, fish or eggs, but also sometimes no onion or garlic as well because some religious groups in India believe they can have negative effects on the body. 'Tiffin' are snacks and 'meals' are thalis - platters with mounds of rice surrounded by all sorts of different vegetable curries (can be up to 20), all sorts of chutneys, curd and soups often served on a banana leaf that's rolled up and thrown out after you finish.

Coffee is more popular in South India than tea, and they grow some very good coffee in Tamil Nadu (but most people still drink cheaper instant Nescafe). The idea with the steel bowl is to pour the coffee into the bowl then back into the cup and vice versa until it cools slightly and you've aerated it to get a bit of a frothy top 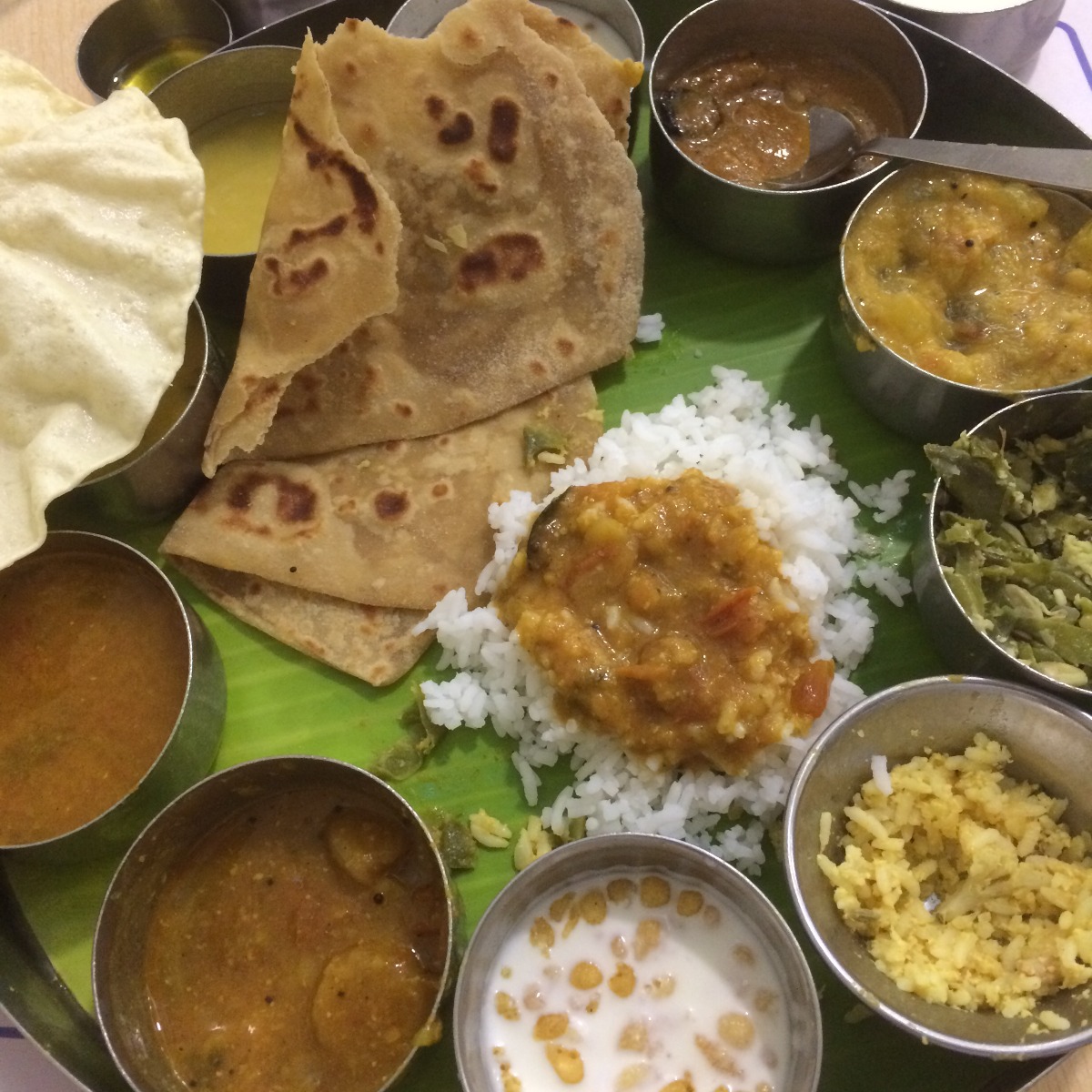 A veg thali at the world famous Saravana Bhavan served on a banana leaf ...Some fantastic and complex South Indian cooking at Dakshin, Chennai 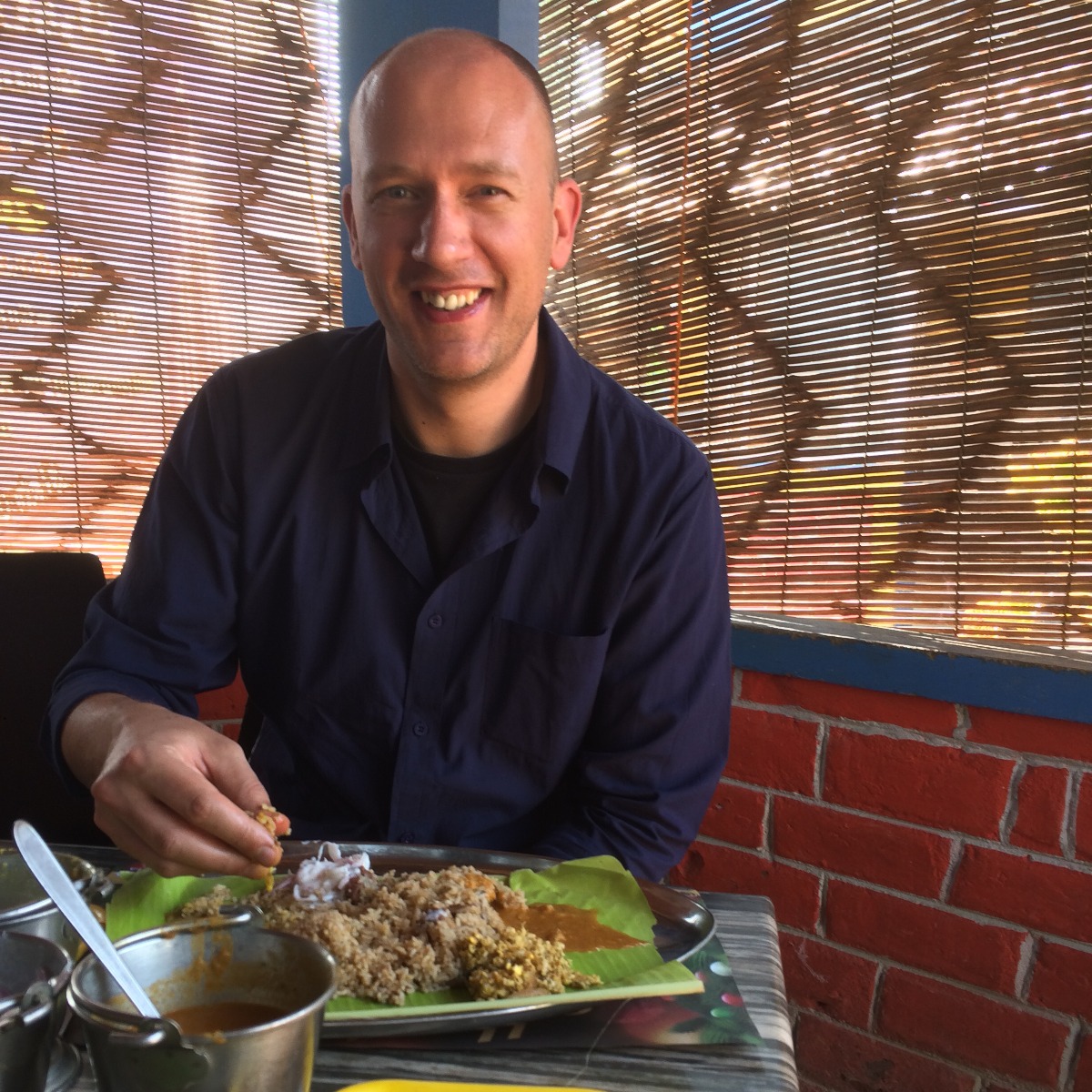 Enjoying a nice mutton biryani with all the trimmings

We've had a lot of great feedback recently about our cauliflower 65 dish which has appeared on a couple of curry recipes. I first came across it a couple of years ago in Hyderabad but nobody seemed to know the true story of where the name came from. Randomly in Chennai I stopped into a restaurant for lunch and found it was the birthplace of the original Chicken 65 - the dish of spicy yogurt-marinated fried chicken with crispy green chillies, and it was named after the year it was invented. 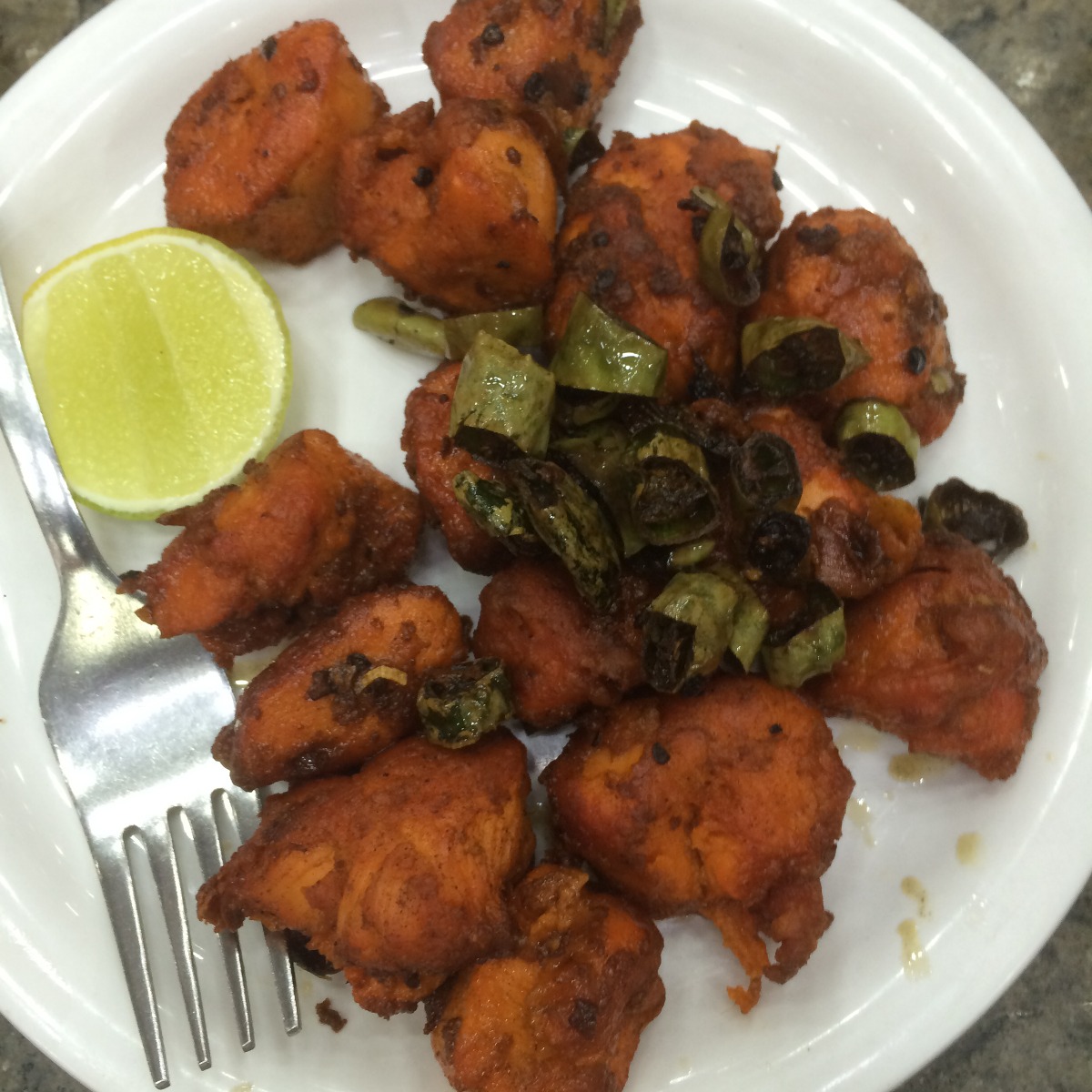 There are so many imitators now that they've come up with Chicken 90 - invented in 1990 and an even spicier, crispier version. Maybe look out for cauliflower 90 in a recipe soon!