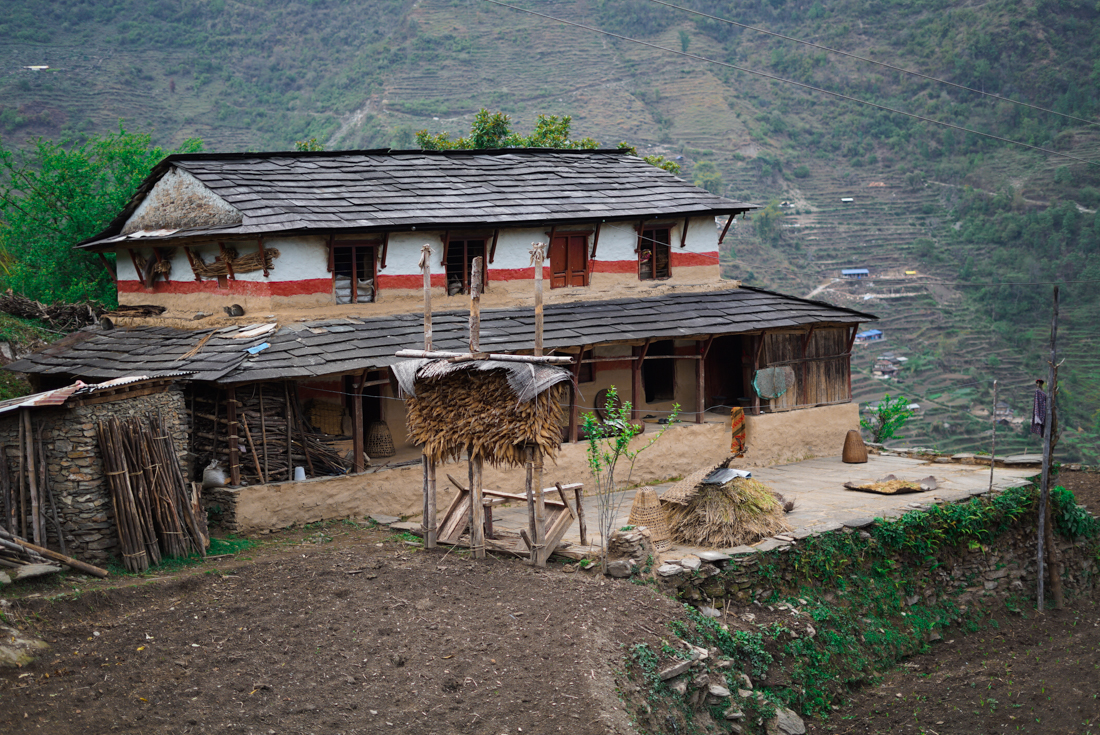 Our trip to Nepal began with a rocky start as we stepped off the plane into the small arrivals area of Kathmandu airport. Along with the other few hundred people on our flight, we spent three hours sitting on the floor tantalisingly close to the doors, waiting as just one woman slowly worked her way through each individual passport- taking her time and somehow not looking flustered at all!

It made our exit into the city that much better as we were finally free to rediscover the city we were lucky enough to have grown up in. 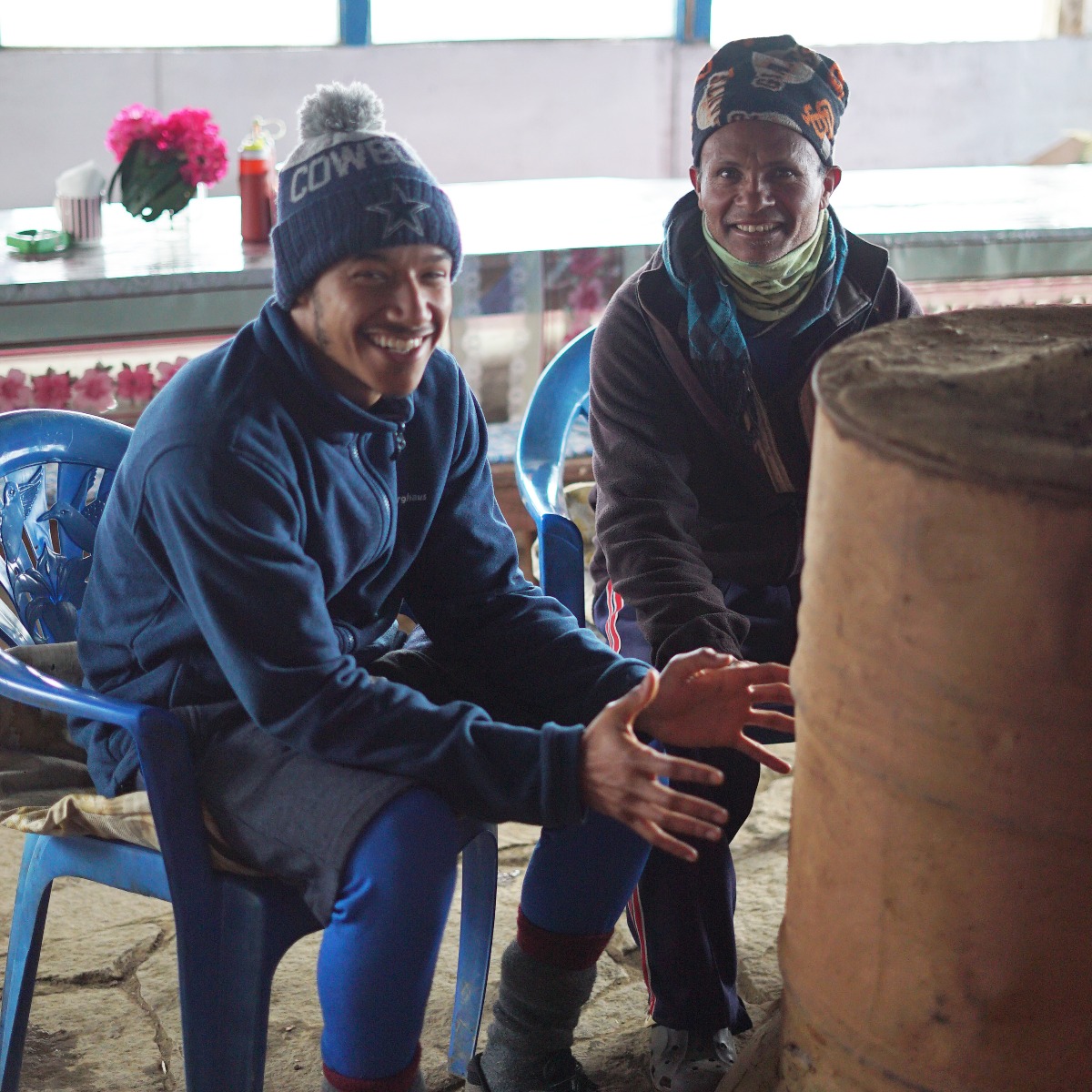 We had three main objectives for our trip to Nepal:

2. Trek up to the mountains

3. Eat all the food we remember and love! 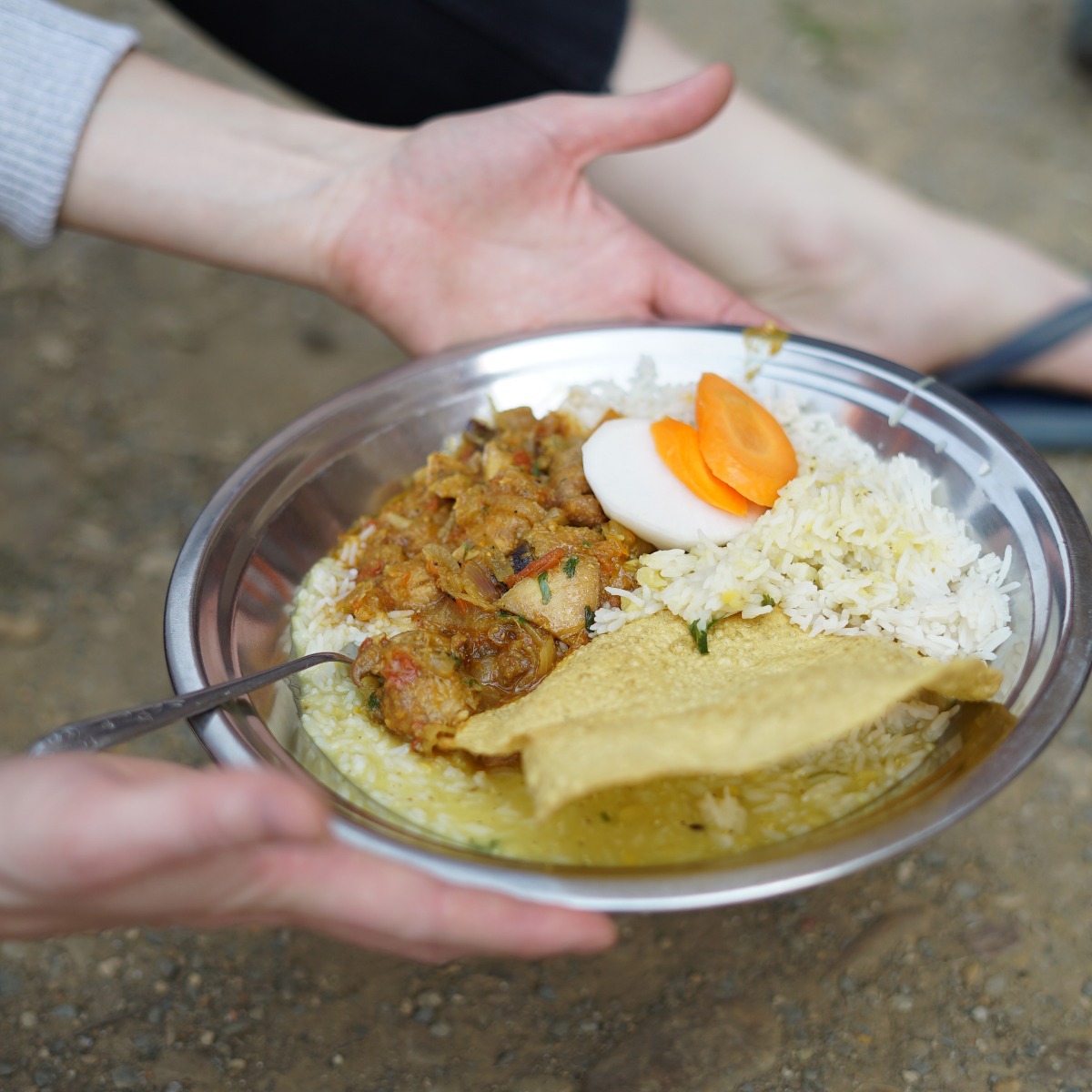 Beginning the trip with the staple of every Nepali diet: a simple Dal Bhat. The meal is served every day in Nepali homes- no day is complete without Dal Bhat. The hissing of pressure cookers filled with lentils can be heard on every street at all times of the day.

When trekking in Nepal, it is customary for Dal Bhat to be unlimited- the only item on the menu where you can eat as much as you want! The Dal in Nepal is usually of a soupier and thinner consistency and often made with black lentils or yellow lentils.

Usually you’d eat this with your hand- your RIGHT hand as your left is used after visiting the toilet!

Homemade by friends, Dal Bat was served this time with a simple chicken tarkari, and a fresh popadom 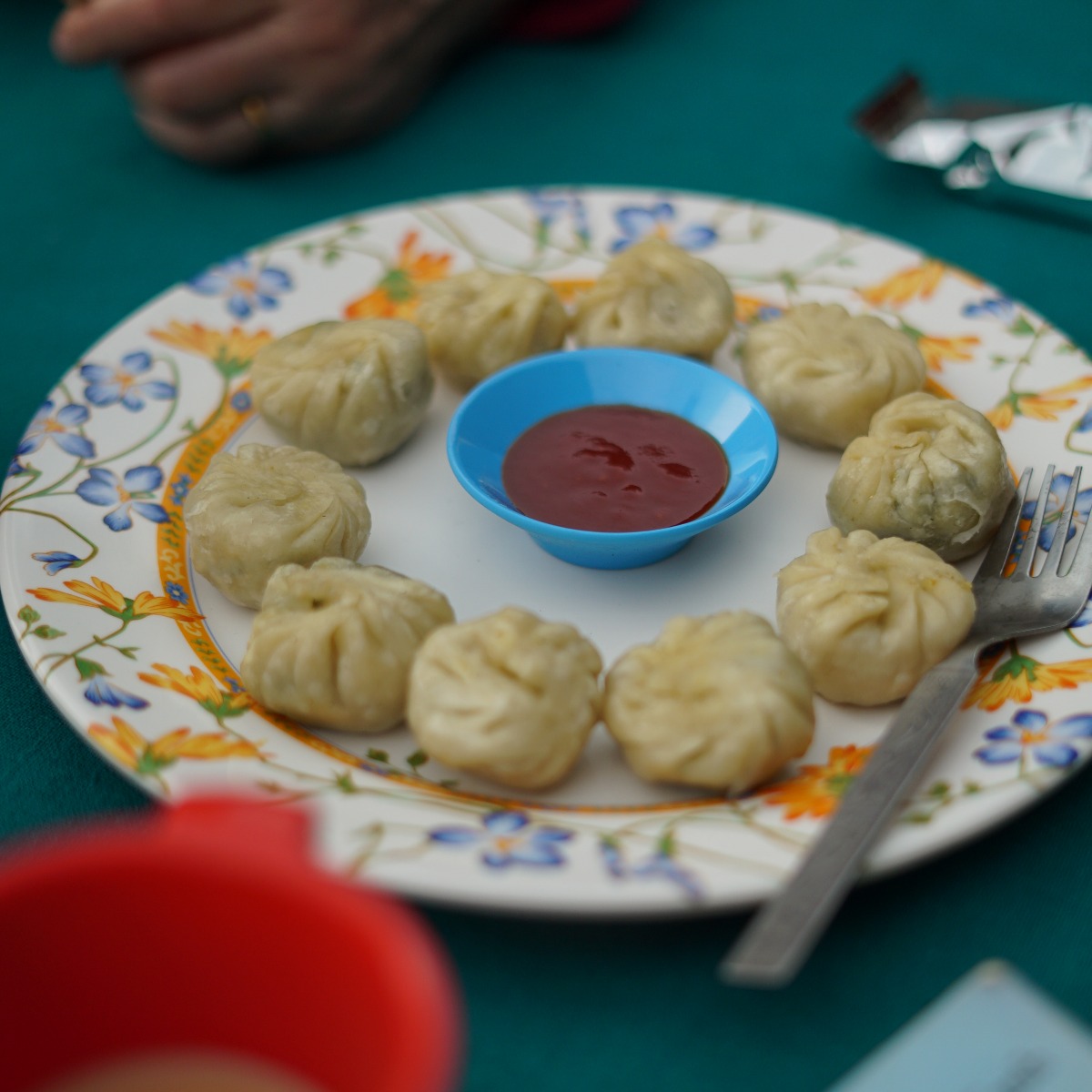 We naturally had to eat lots and lots of momos- a dumpling similar to Chinese Dim-Sum, and usually made from chicken, paneer or buffalo. It can be fried, half fried or steamed; and always served with a spicy achar on the side.

Beginning our ascent to the base of Machupuchere, there was a limited menu at each rest stop (the same small menu featured all the way up!). A typical Himalayan breakfast will involve Tibetan bread (a simple and slightly sweet fried bread) with curried potatoes and a spiced ‘masala tea’ on the side. Other fried breads often served are Sel Roti- (a ring-shaped rice bread/doughnut), Cornbread, or millet bread- fried in local ghee and dipped in generous amounts of Himalayan honey. 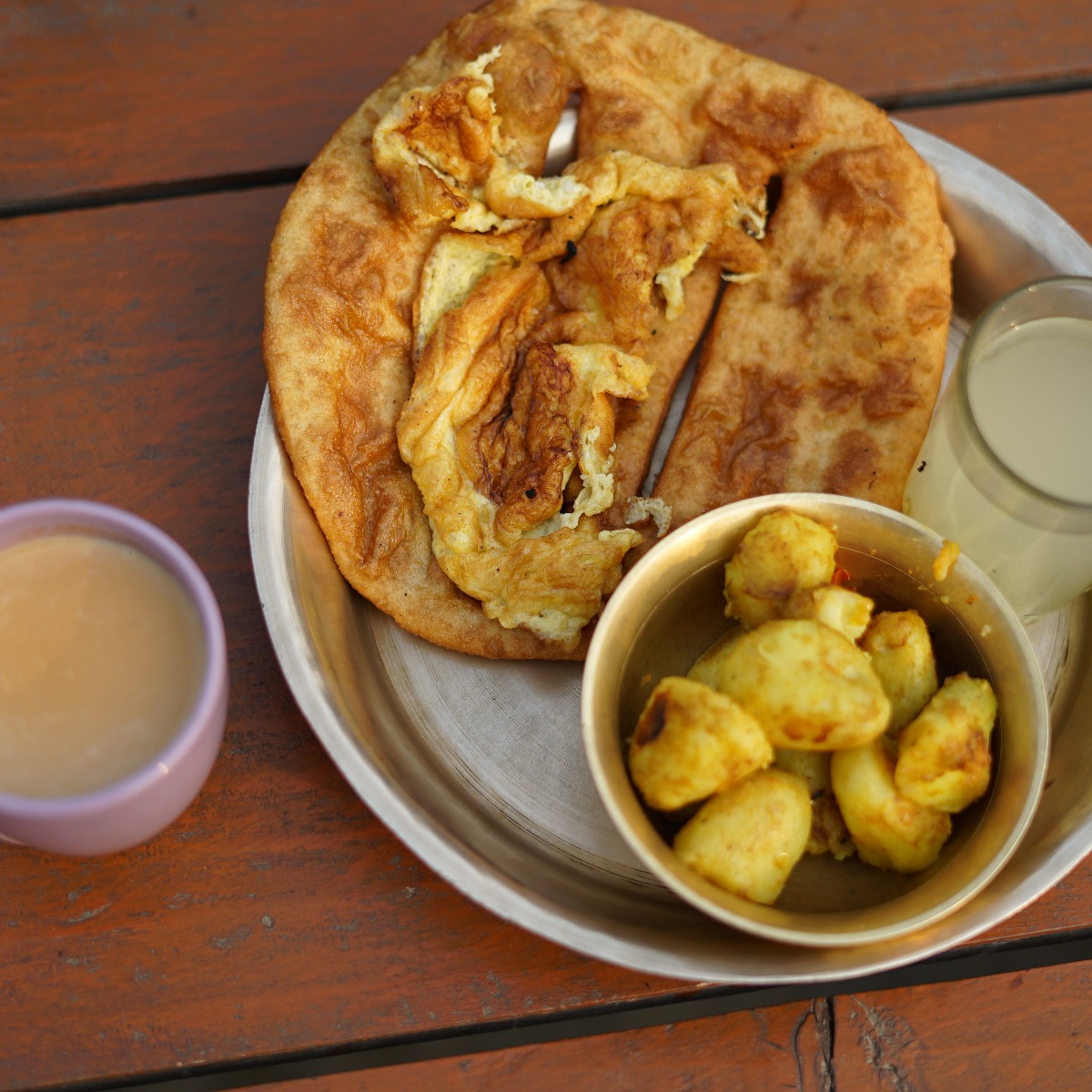 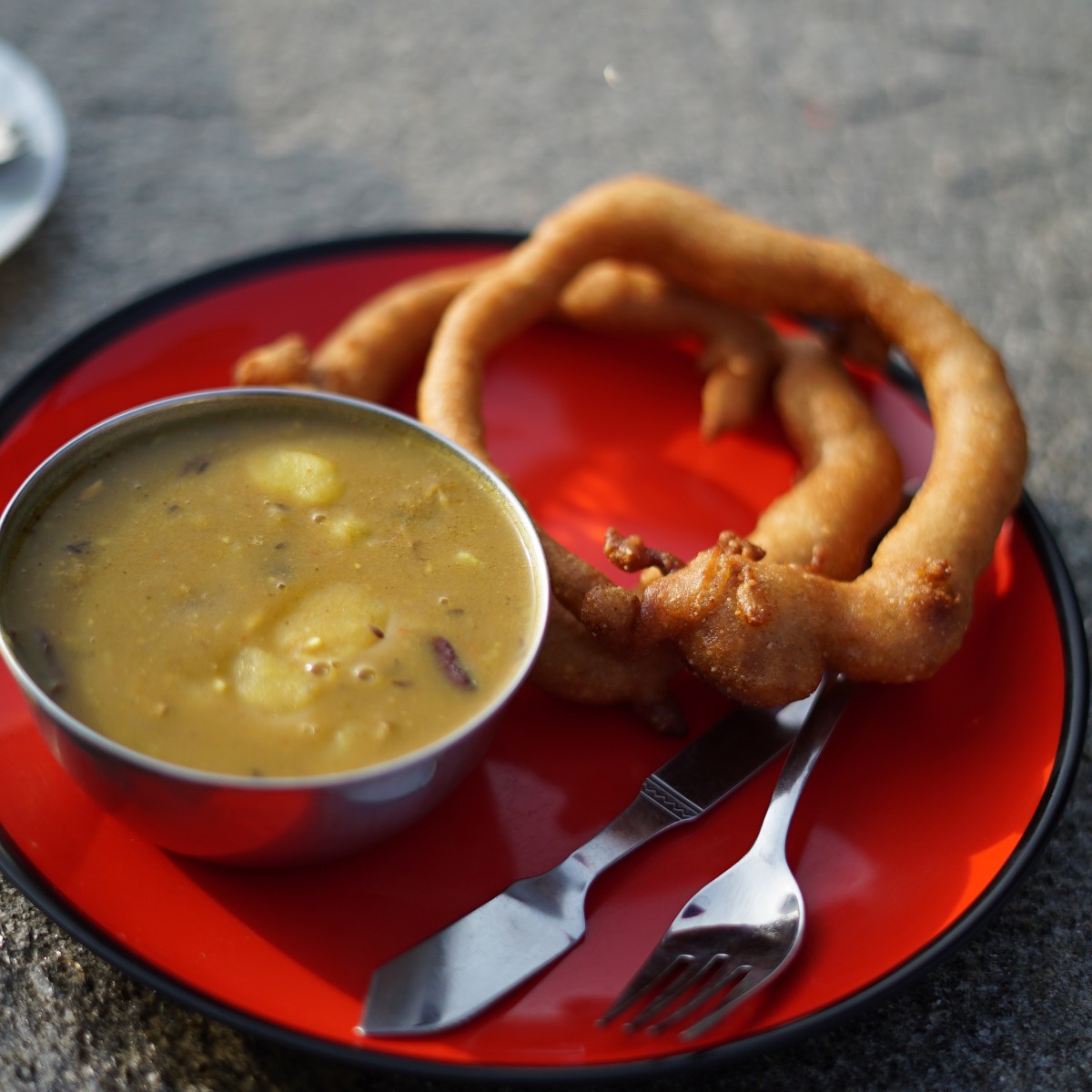 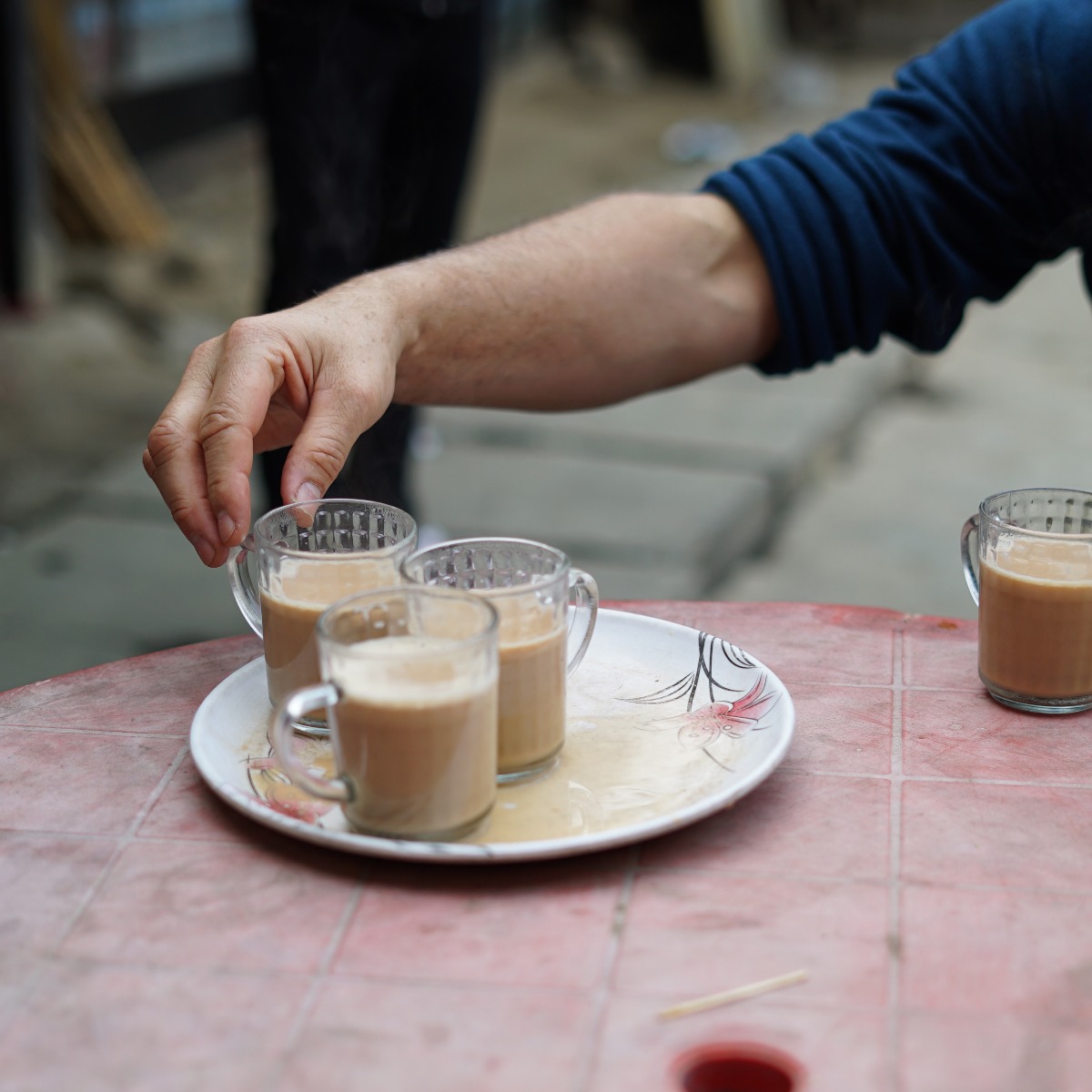 This quickly became my favourite item to order on the limited menu- Especially appreciated as we travelled further up the mountain ridge- the sweet, spicy and milky tea was deliciously warming and made differently at each tea house.

Our favourite version was at ‘Badal Danda', a small rest stop and guest house. I went into the kitchen to ask how it was made: Cinnamon, black pepper, cardamon, cloves, star anise, nutmeg and plenty of dried ginger are used to spice this milky black tea. All freshly crushed between two stones before boiling up together.

So sweet and thoroughly warming with the addition of black pepper, it was a great way to raise spirits; our final stop at base camp was celebrated with a steaming hot cup of Masala tea. 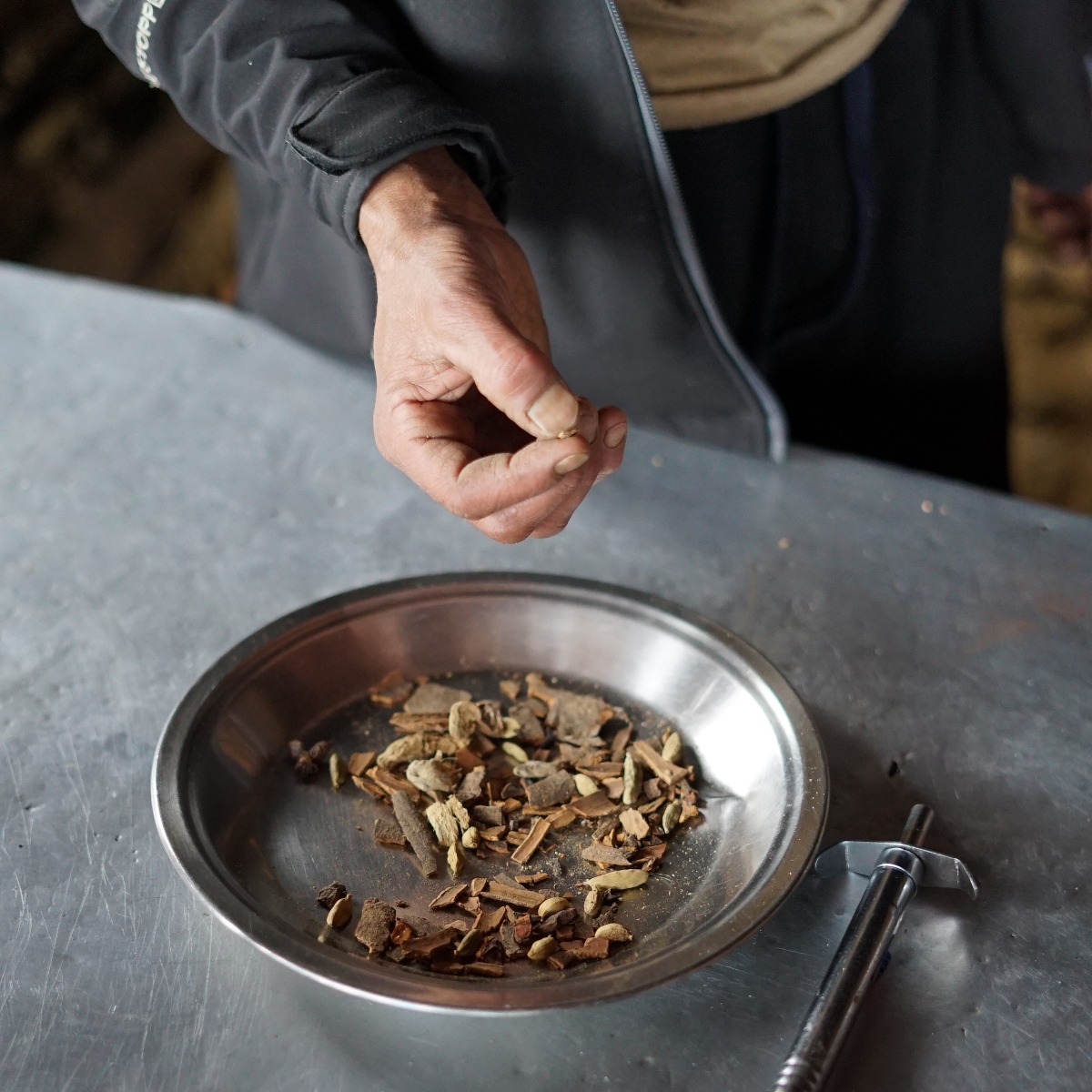 We also tried the most traditional Himalayan meal in Nepal: 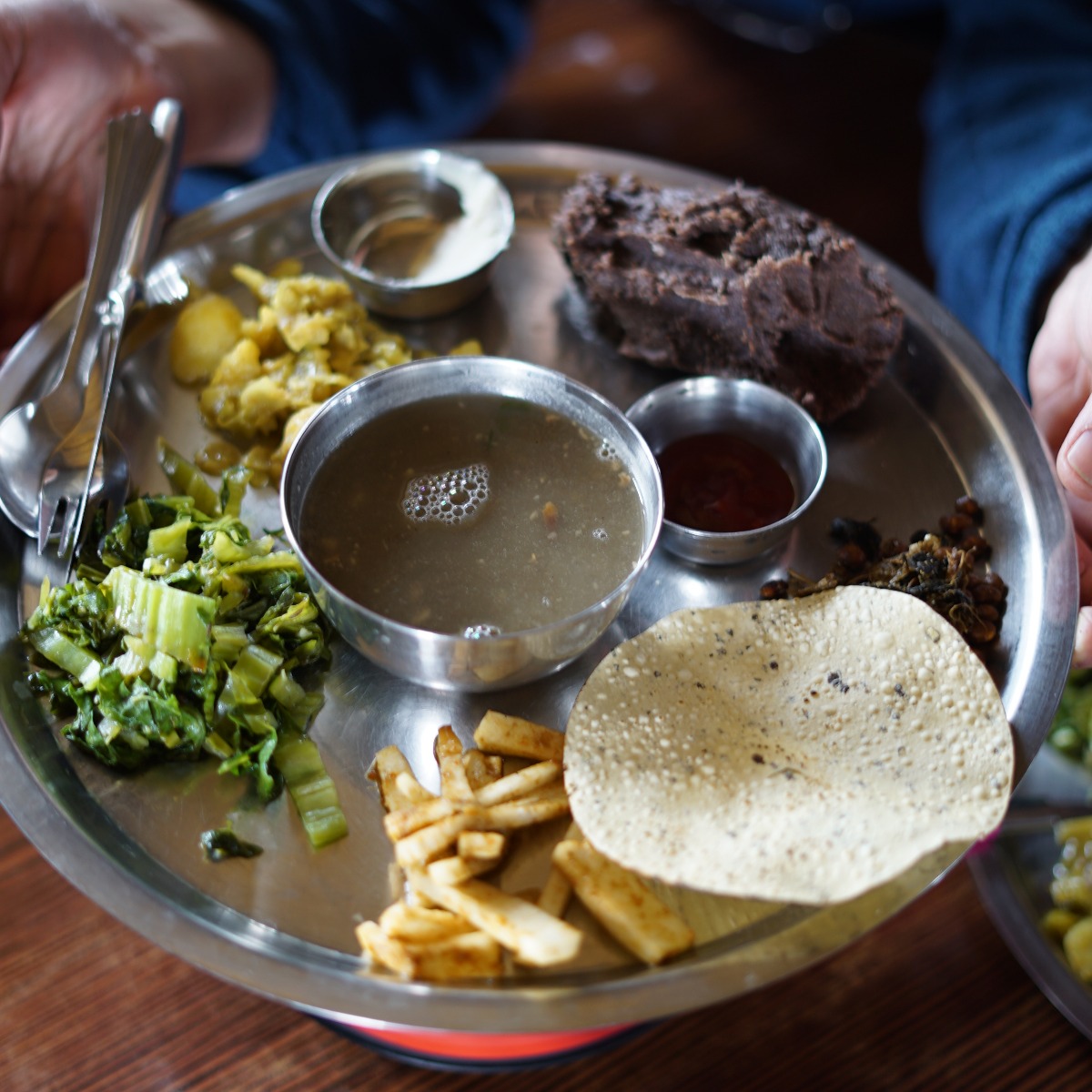 Dhido is the Nepali version of polenta, often eaten with a dab of homemade butter. It was a bizarre taste that, if we’re honest, none of us particularly fancied! It’s made with buckwheat and is a staple food of most rural Nepal, especially in dry areas where rice or wheat crops are difficult to grow.

Gundruk is a fermented mustard leaf that is served on the side and also used to prepare the soup like dish that is known as gundruk ko jhol. It reminds me a lot dried seaweed, and has a very strong salty flavor...not sure if this one will make it into a Spicebox!

As we made our way down the mountain, we came to our final stop in the hills just above Pokhara. 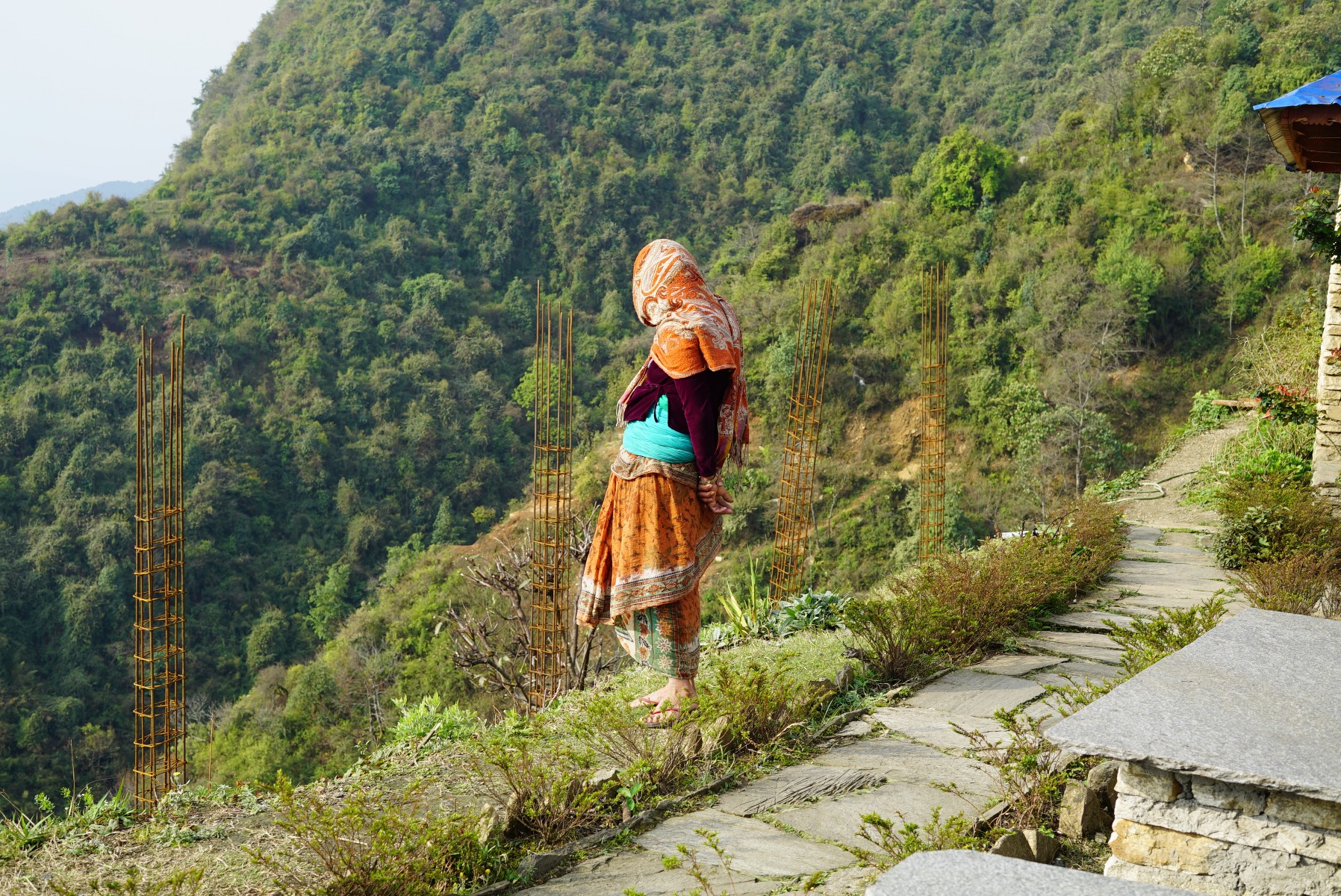 The owner of our guest house also happened to run a small black cardamon farm- what are the chances! Shiva led us through the farm and explained how black cardamon (locally known as "Black Gold") is grown, and the significance of the spice in Nepal.

What this video fails to show is that the ground was swarming with leeches which we only discovered after we’d been standing for 10 minutes! We scampered out of there and threw off our shoes while Shiva stood laughing at us in our panic.

A wonderful trip in the Himalayas ended here, and little were we to know that we would all suffer from food poisoning after trying our luck with bruschetta from a little riverside bar the next day...