I went to Mexico City about 10 years ago and I still remember being surprised at how nice the climate was, the beautiful buildings in the old centre and the fantastic food, but I also remember being slightly on edge the whole time as it had this reputation for being the biggest, baddest city on the planet. I wore my shoes out from walking rather than taking a taxi because of horror stories about people being robbed and killed in the old VW Beetle taxis that used to swarm all over the city. My fears then were of course misplaced (as are the old VW taxis sadly) and going back now the city feels even more attractive and liveable than before. 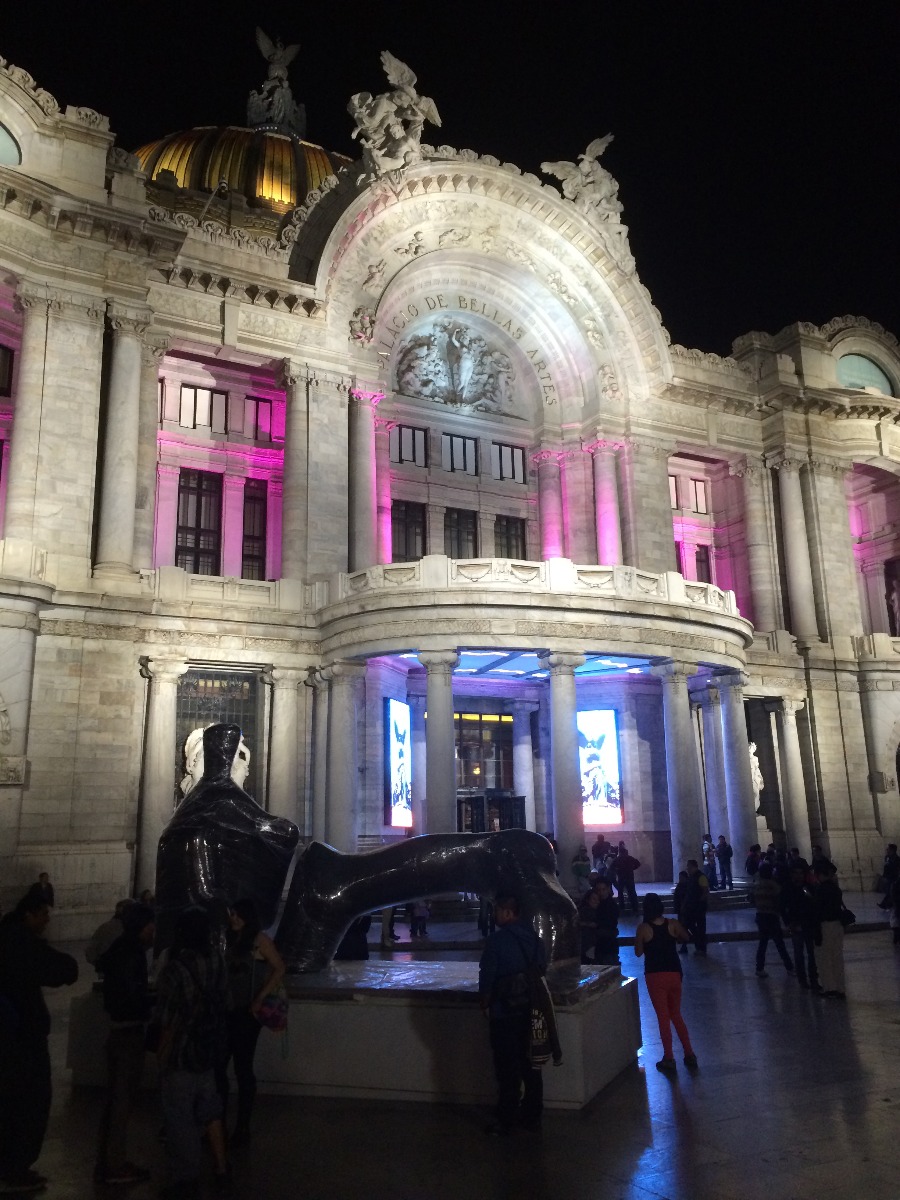 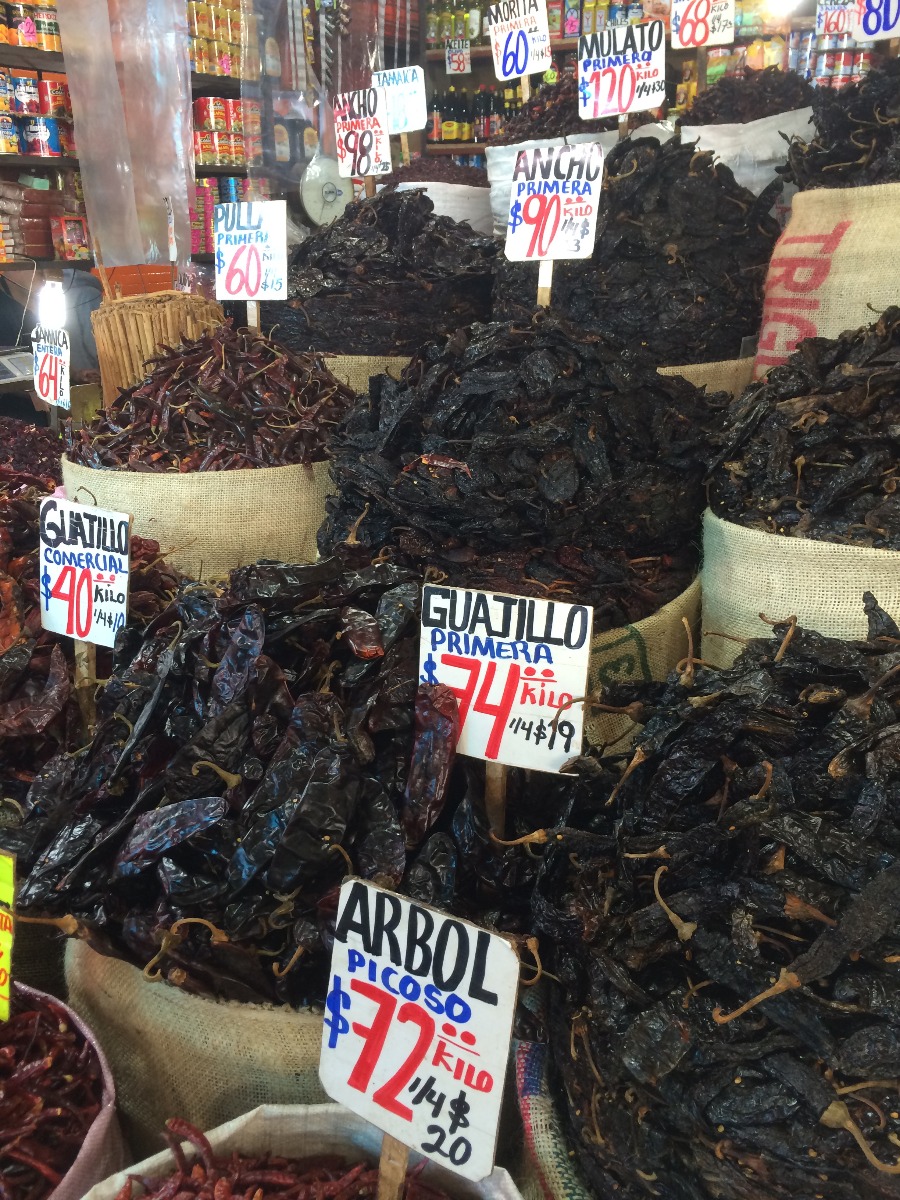 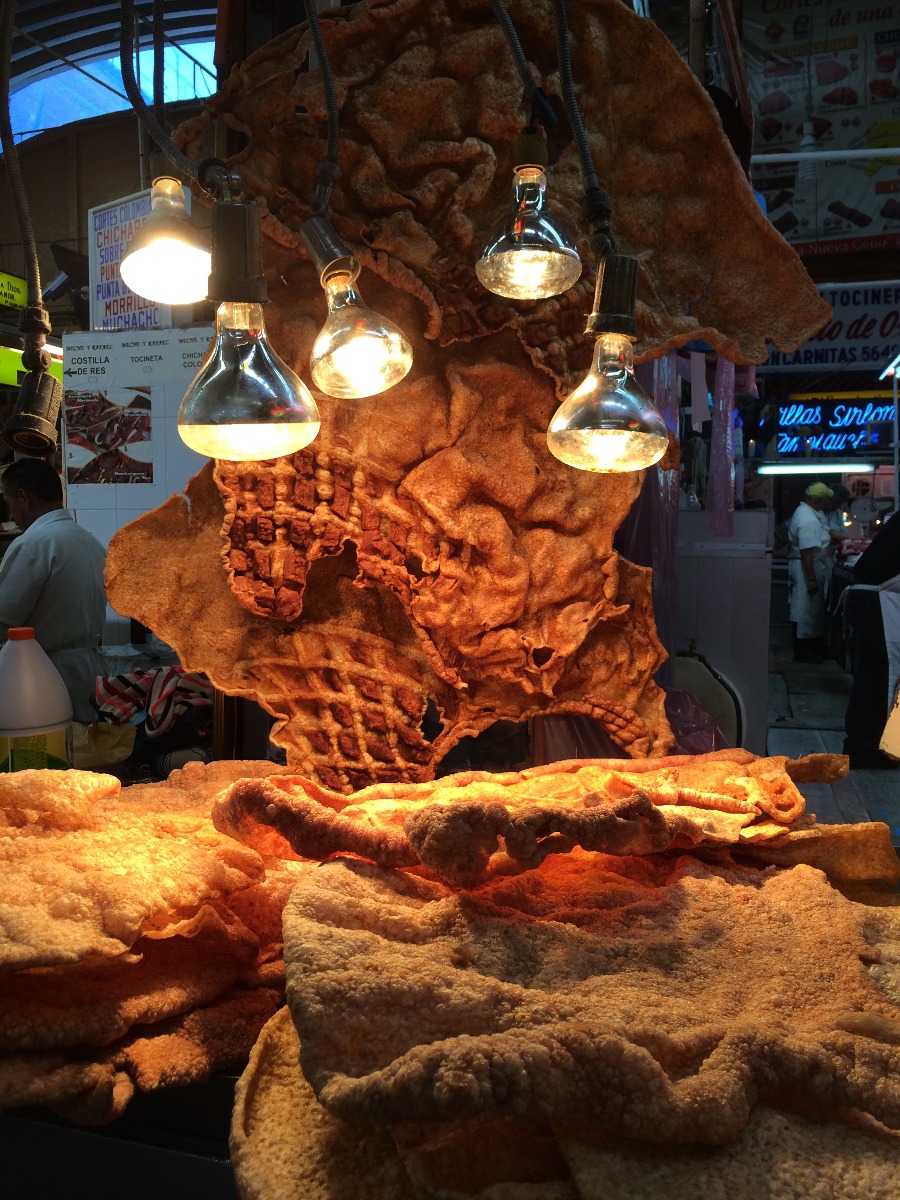 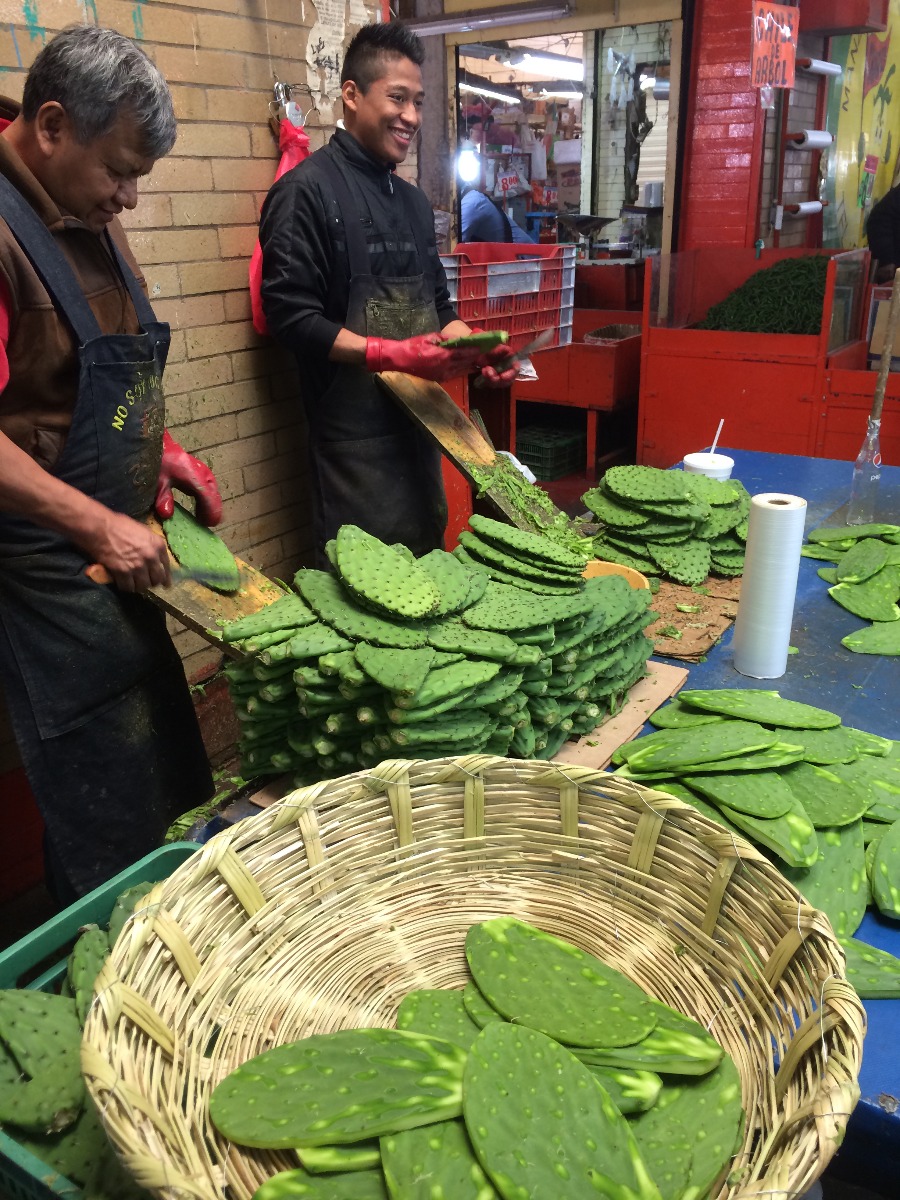 It seems like great food is available on pretty every single street corner in the city, but here are a few of my highlights: 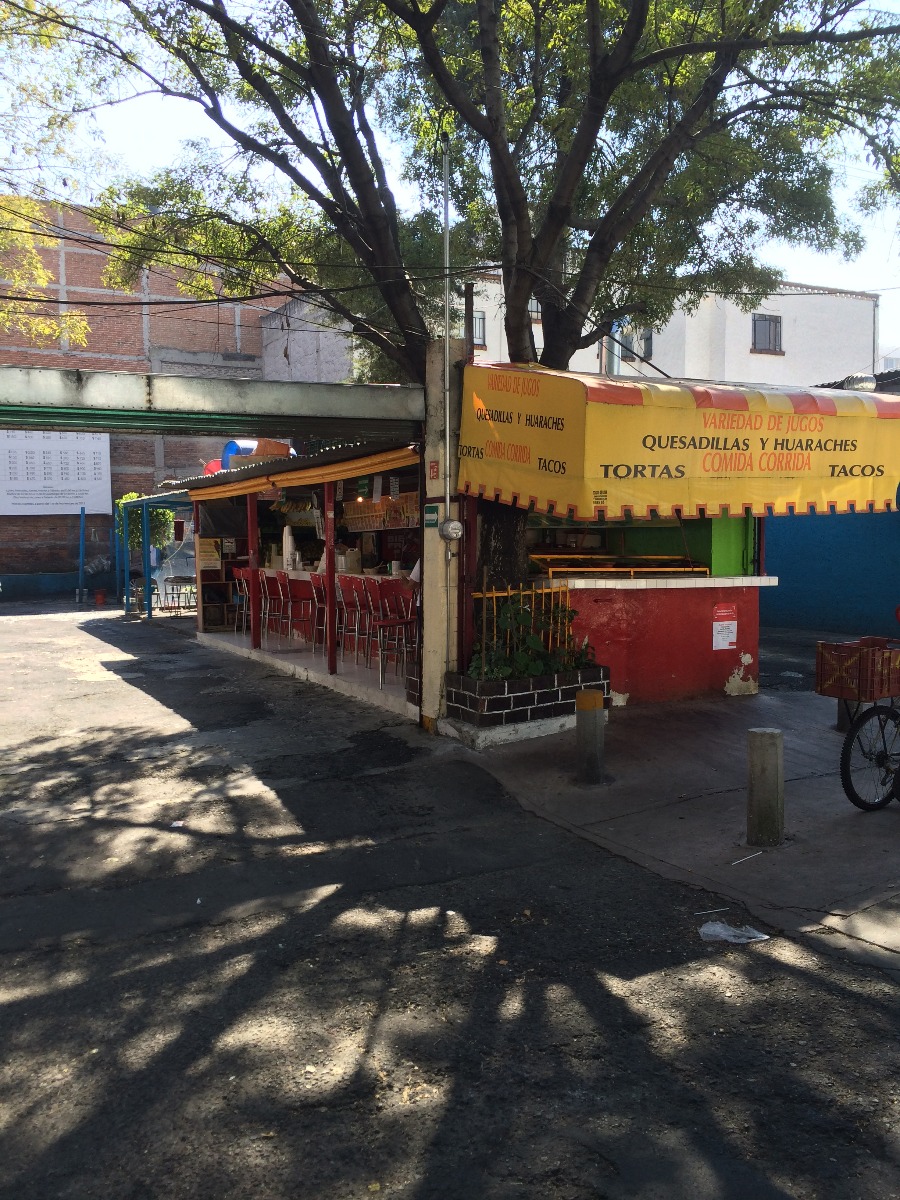 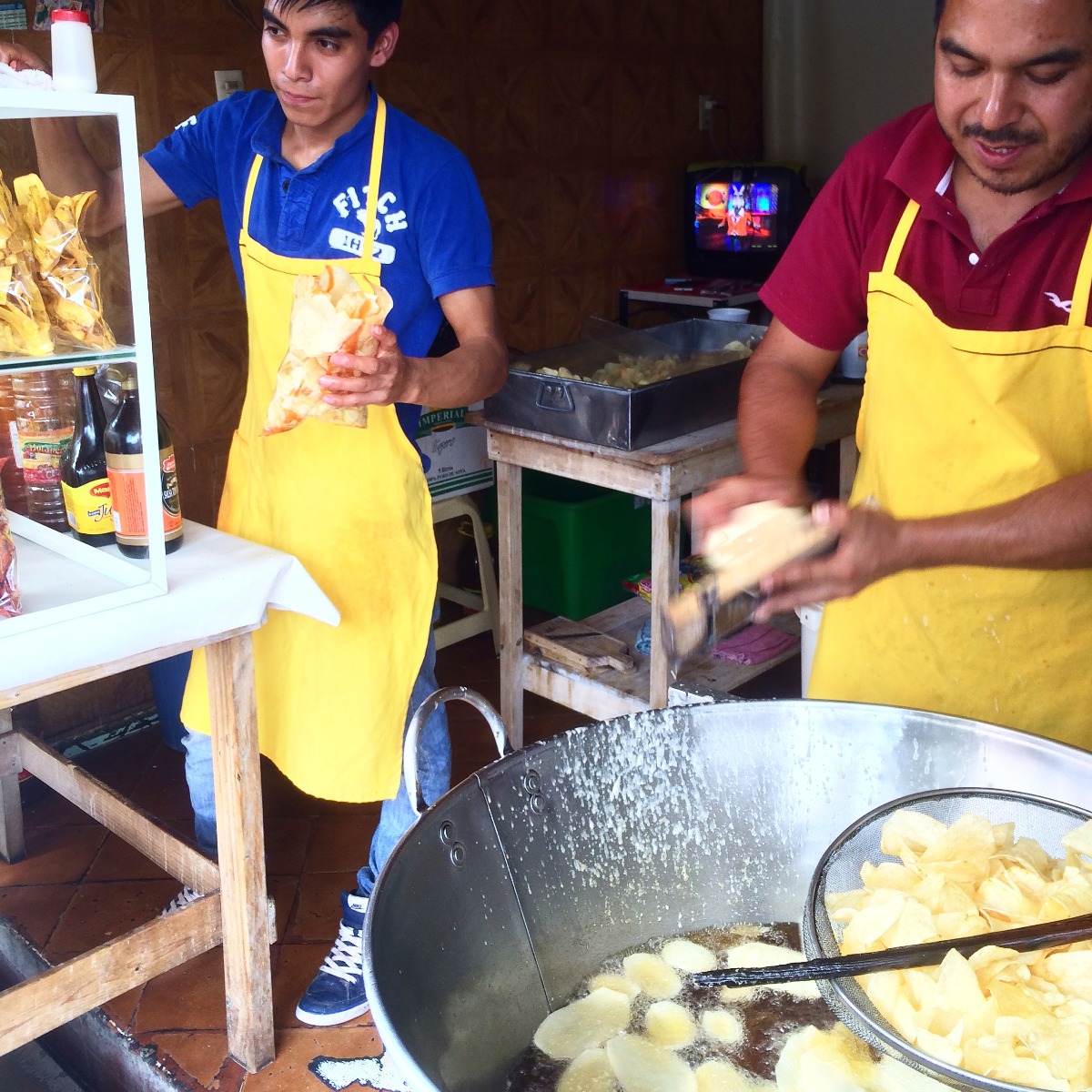 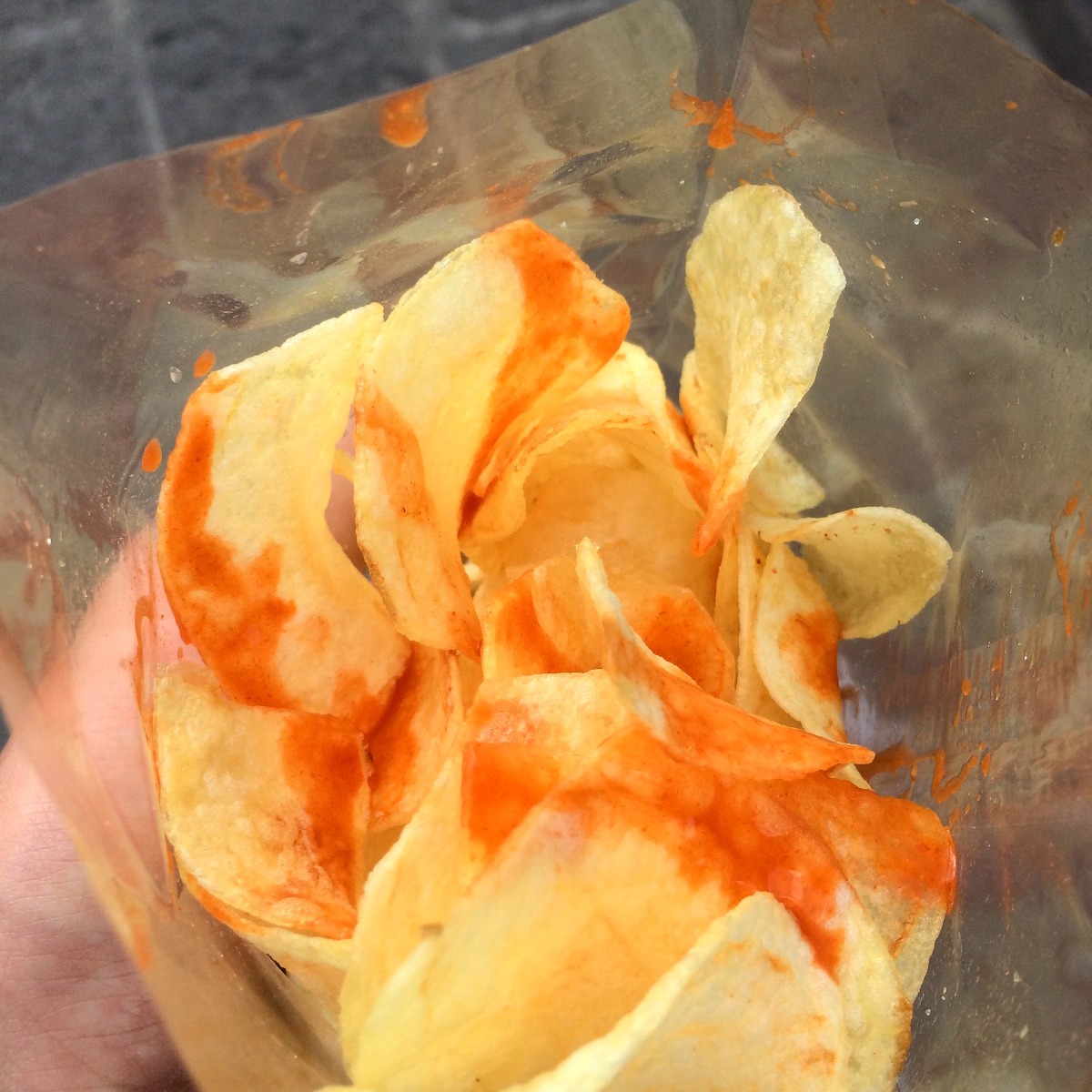 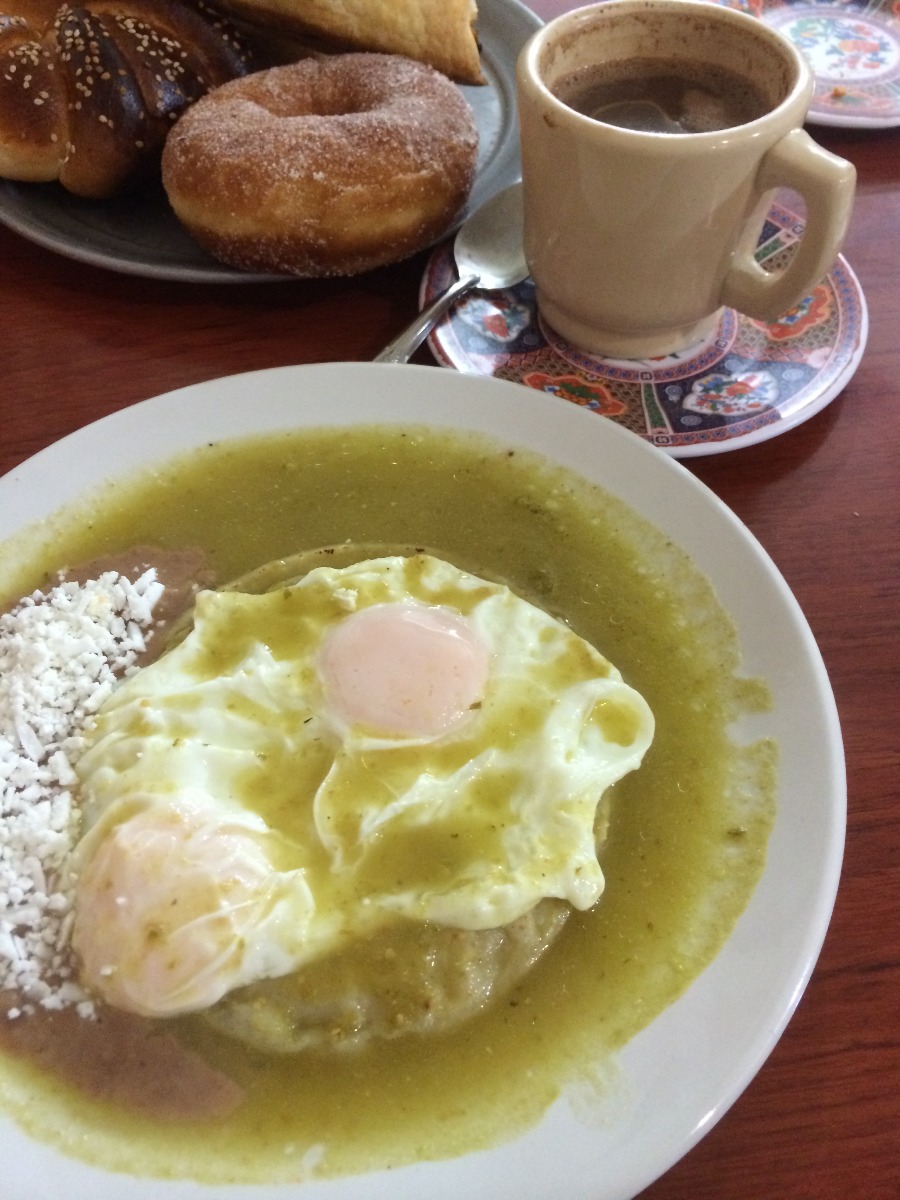 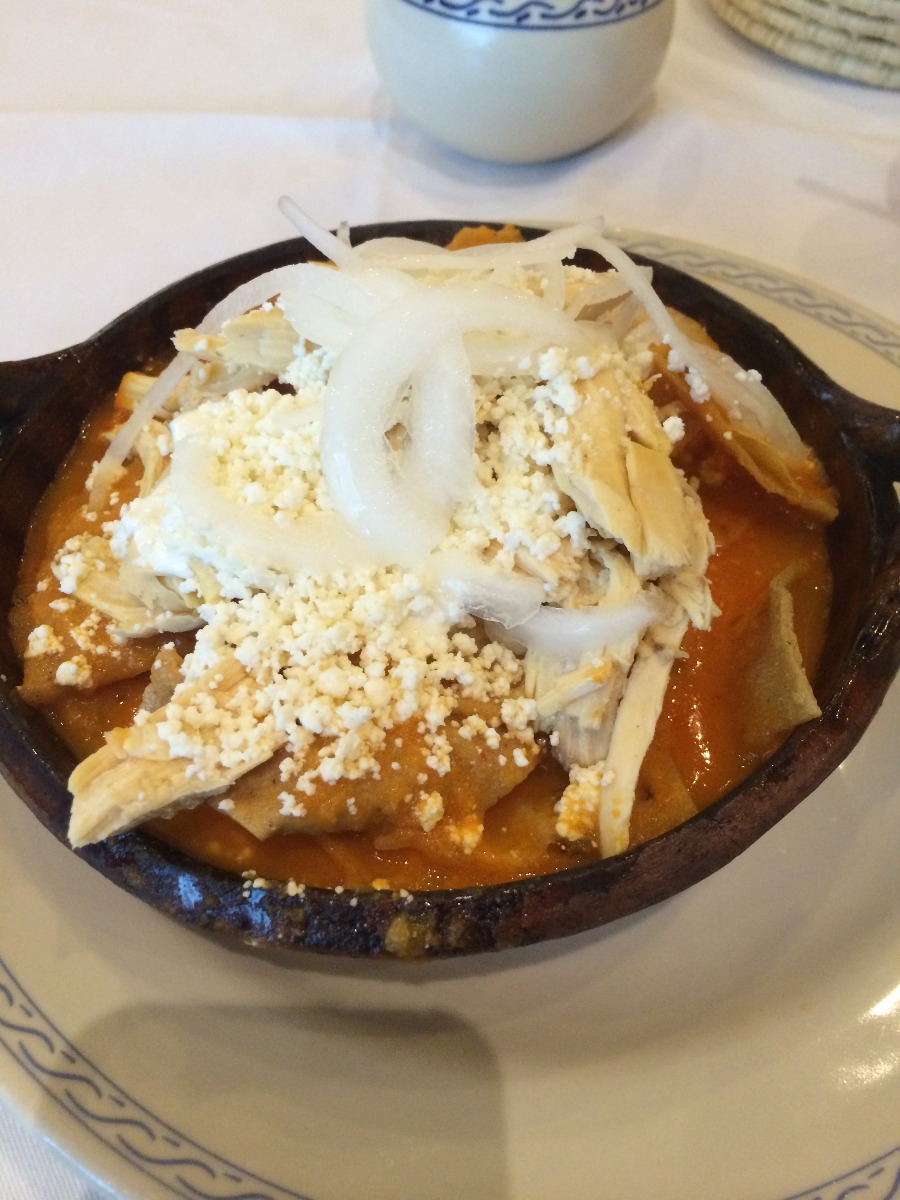 Huevos Rancheros are the classic Mexican breakfast - fried eggs on tortillas with a spicy sauce (in this case a tangy tomatillo and green chilli sauce) and some refried beans. Also a nice mug of rich, sweet Mexican hot chocolate flavoured with lots of cinnamon on the side. 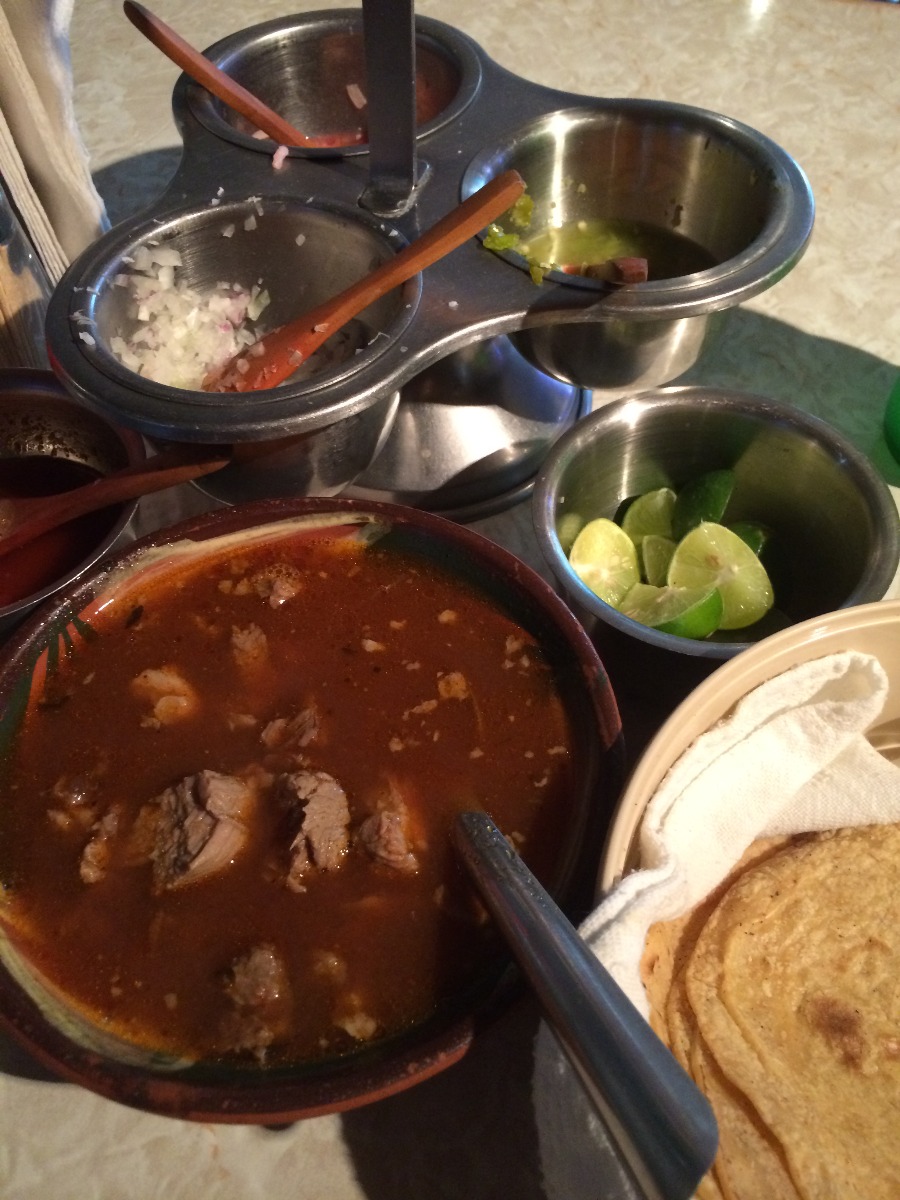 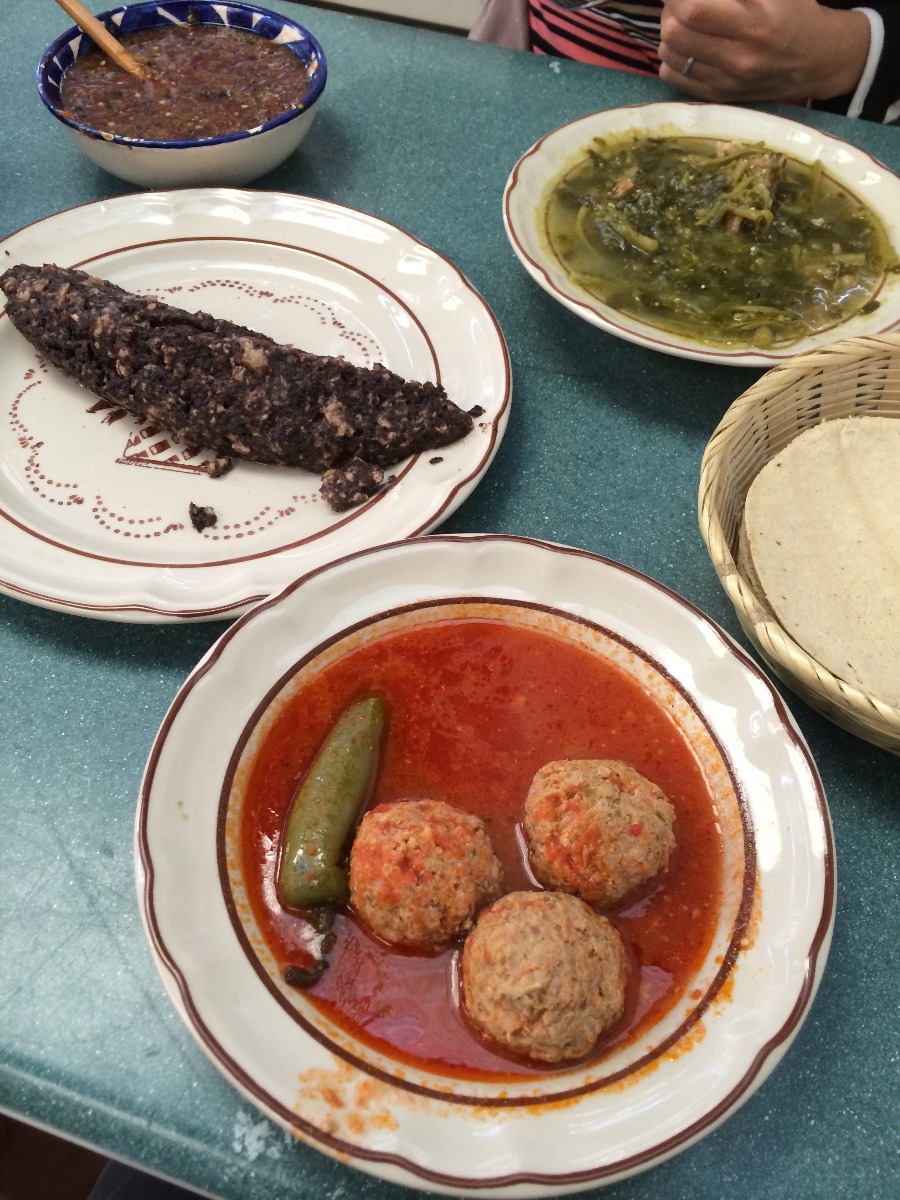 Birria is a word that means something like a thing of little value which feels like it's underselling it slightly. It's a dish of diced meat (often goat meat but always the cheaper cuts which take a long time to become tender) cooked with garlic and a chilli paste made from guajillo, pasilla and ancho chillies then served with chopped onion, tortillas and various different salsas. At the Spicery we've made a dry birria before to be served in tacos, but it's also often served as a soup.

Albondigas are just meatballs but when they're seasoned well and served in a tomato chipotle sauce they're seriously good. The weird haggis-like thing above is actually beans mashed up with scrambled egg and then fried together in lard (tastes much better than it sounds....or looks). On the side is a cafe de olla - a black coffee flavoured with cinnamon and dark caramelly piloncillo sugar. 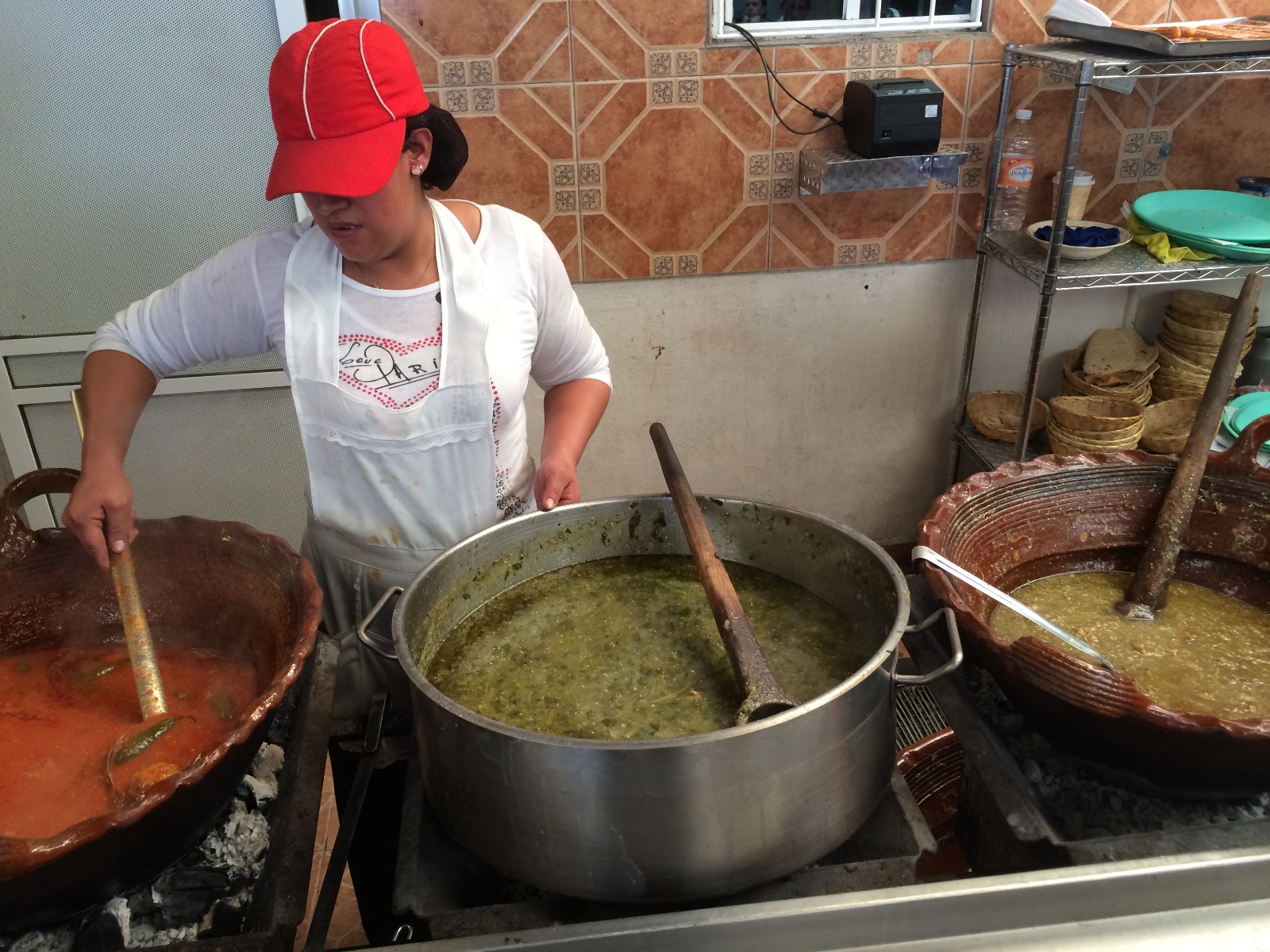 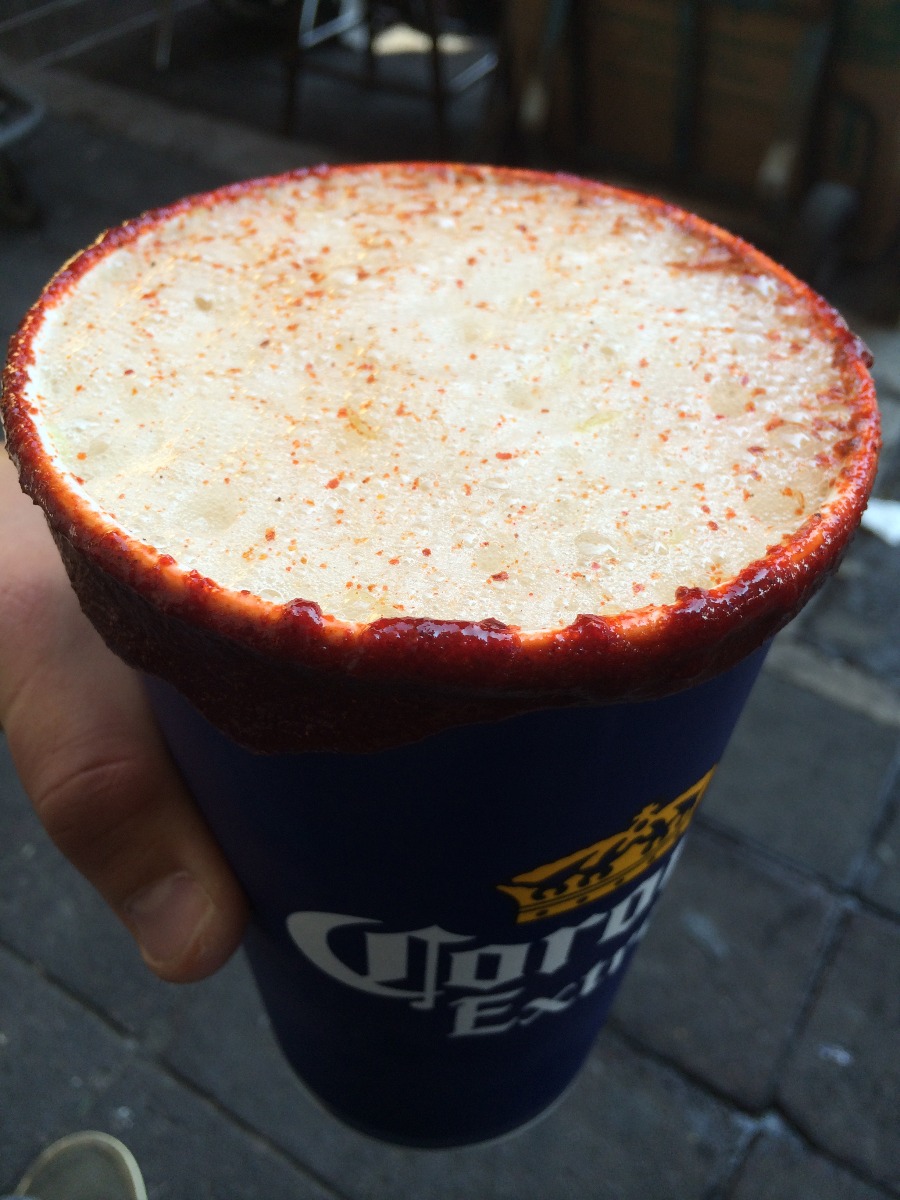 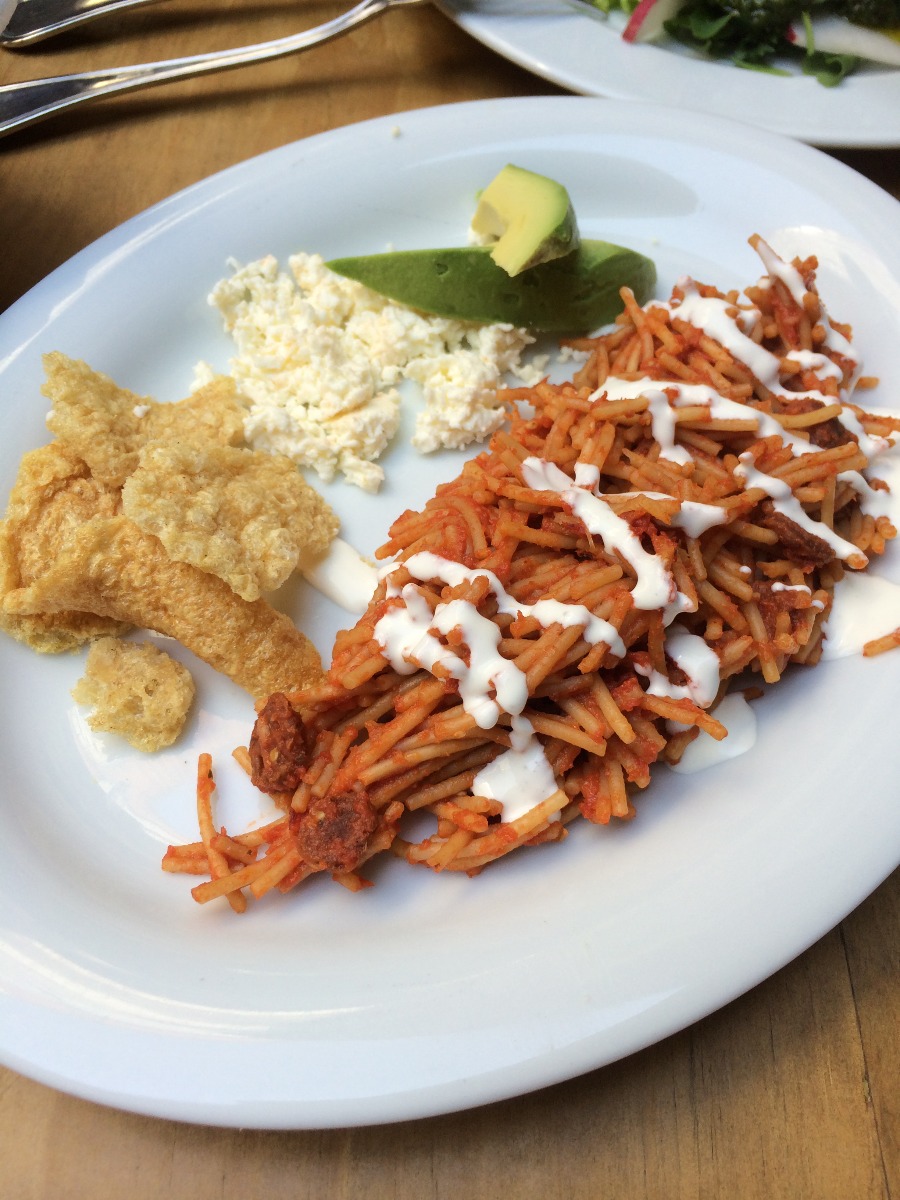 On my last visit I remember having a few beers in an old cantina where everybody seasoned the drinks with a generous pinch of salt and a squeeze of lime at the table, but the michelada was something completely new to me. To make one you rub a fruit paste called chamoy (it's tastes a bit like apricot cooked with lots of salt, chilli and sugar to make a thick sweet/salty paste a bit like a spicy jam) around the rim of the cup. Then squeeze in the juice of 2 limes, a good 1/2 tsp of salt and a generous sprinkle of Arbol chilli powder. Add a splash of salsa ingles (Worcester sauce) and maybe a dash of Maggi liquid stock then top up with about a litre of cold beer. It's a revelation - you really should try it, lager just tastes so plain now!

Fideos are what you do to make pasta interesting - fry the noodles until slightly crispy then coat in a rich tomato sauce flavoured with smoky chipotle chillies and serve it with crunchy pork skin, sour cream, cheese and avocado. A winning combination! 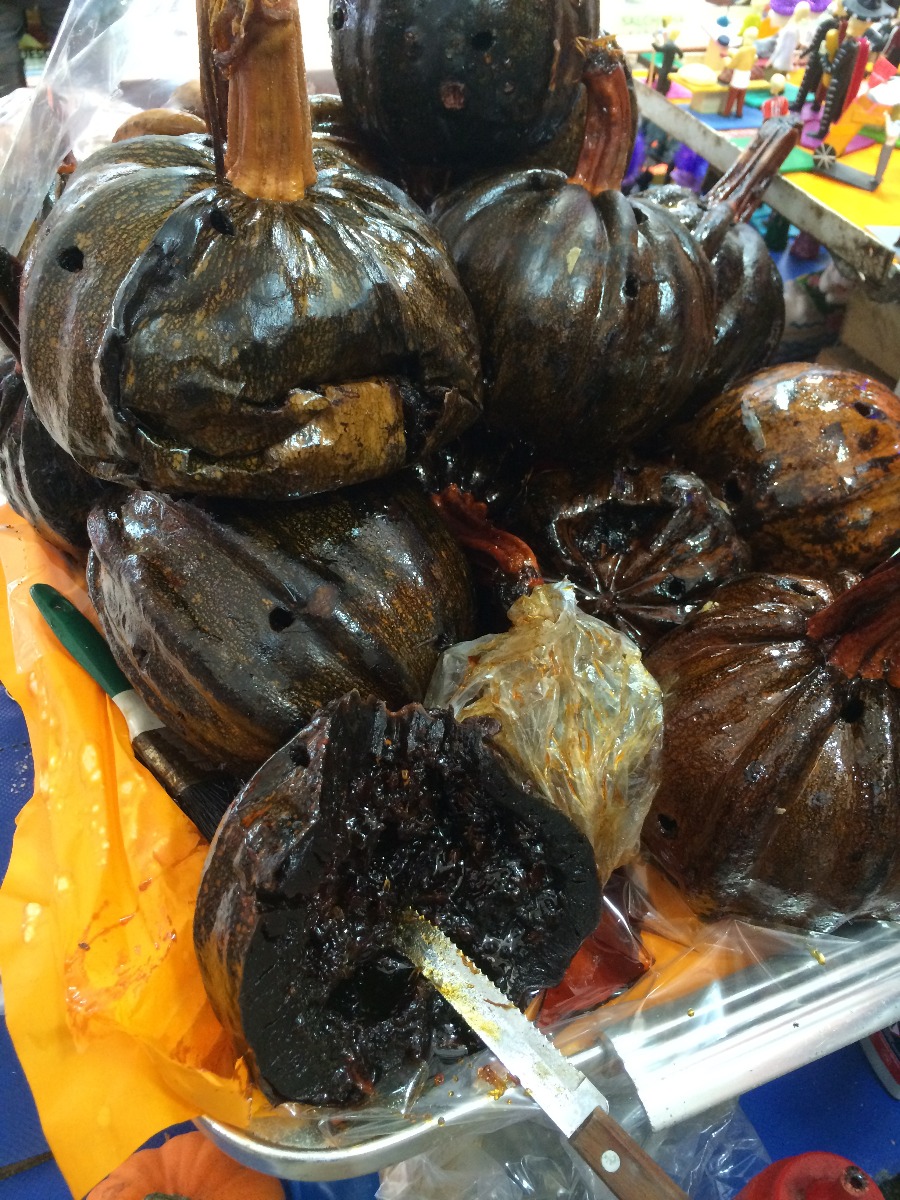 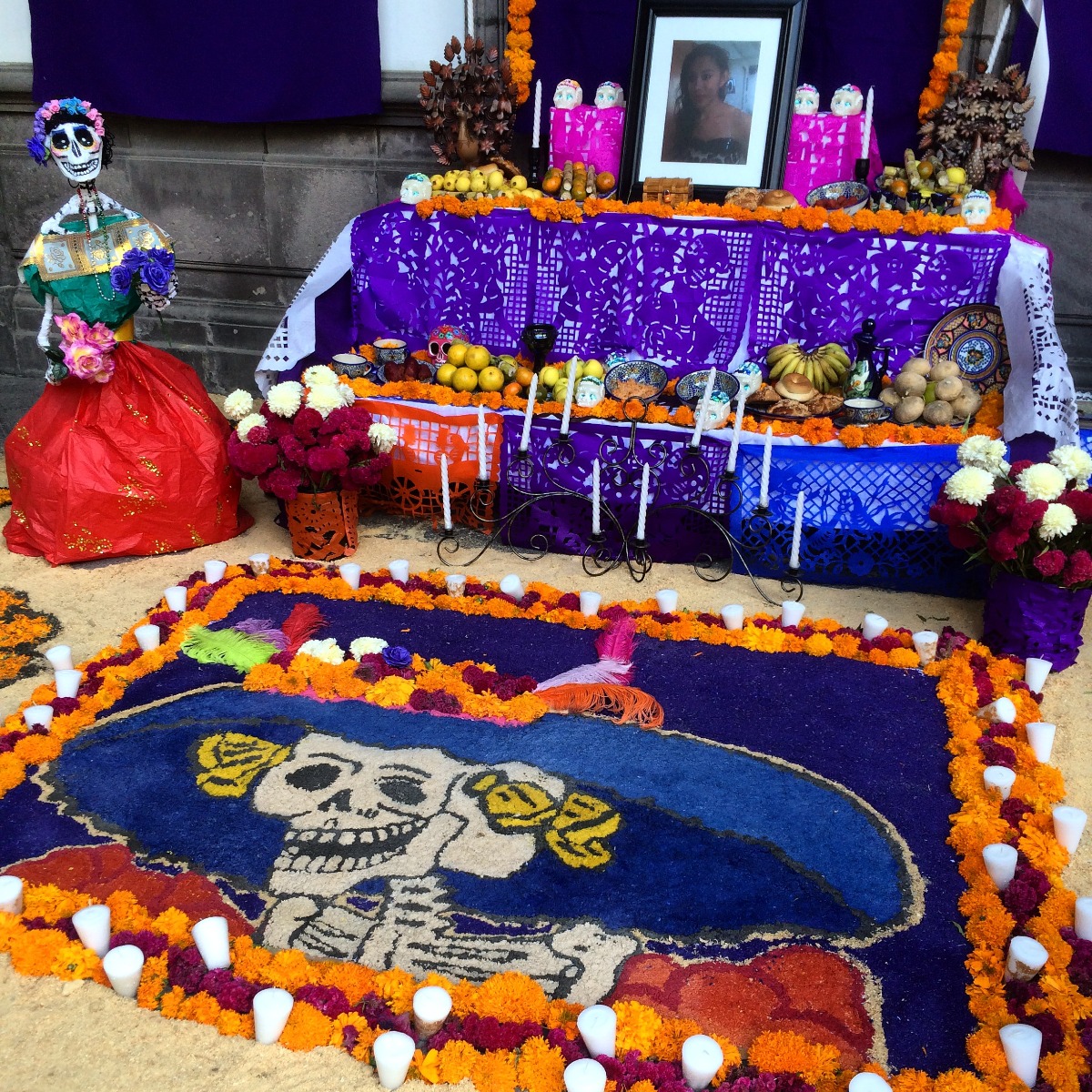 Calabaza en tacha : This was amazing - whole pumpkins cooked in a rich syrup flavoured with cinnamon and dark piloncillo sugar until they're sticky and you can spoon the flesh out like a jam. They're made as part of the the dia de los muertes (day of the dead) celebrations - sweet potato is also cooked in the same way and they're used in these incredible displays commemorating and honouring family and friends who've died. 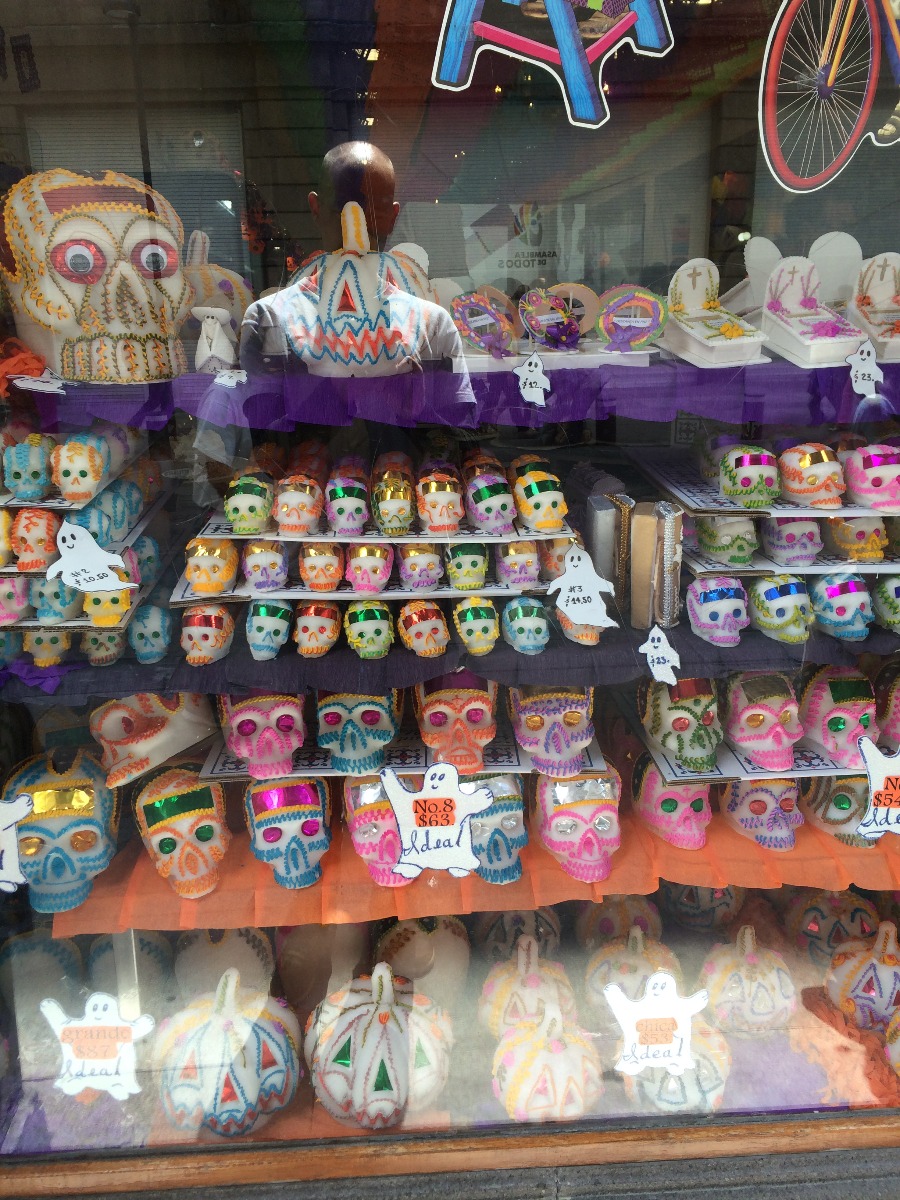 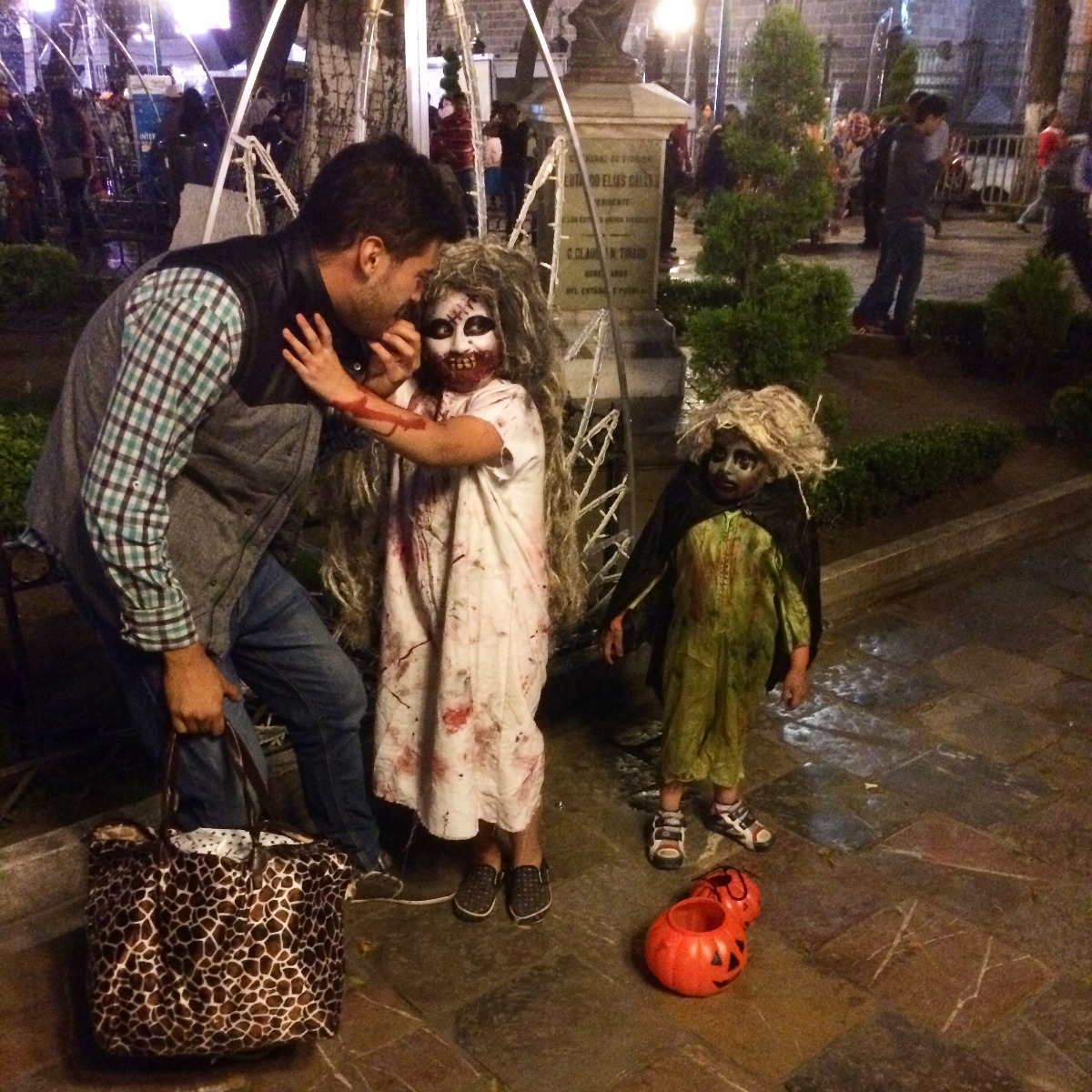 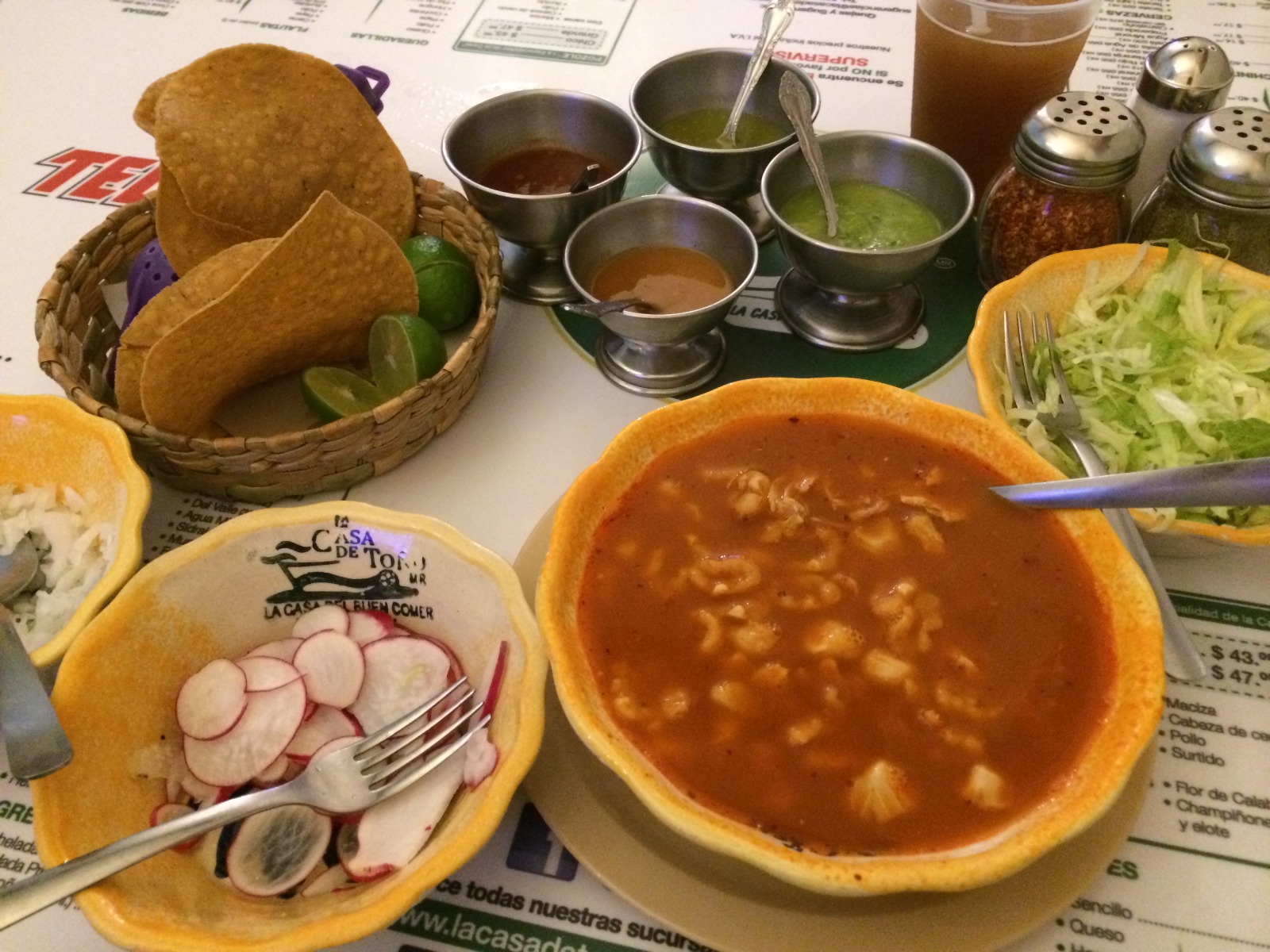 Pozole was new to me and it was a great discovery. You basically have a simple soupy-stew of meat cooked with onion, garlic, hominy (corn pieces that end up tasting a bit like chewy butter beans) and a very mild chilli paste (ancho and guajillo chillies) to give colour and flavour. Then it's all about the condiments - at the table you get chopped onion, lettuce, radish, avocado, limes and an array of salsas plus chilli powder and Mexican oregano for you to season the dish to your taste. I was so impressed I tried to make my own version back in the Spicery kitchen, with some admittedly mixed results... 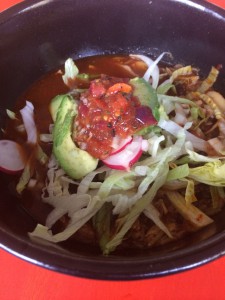 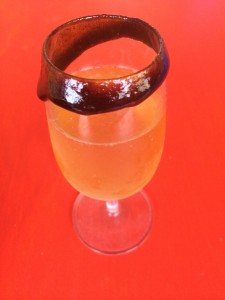 The Spicery version of pozole and a mini michelada as well (it was only lunchtime...)

And finally... the unmistakeable sound of the mariachi bands in plaza Garibaldi. There are dozens of different bands dressed up in their various uniforms and all playing songs at the same time which makes for a fairly chaotic atmosphere.... 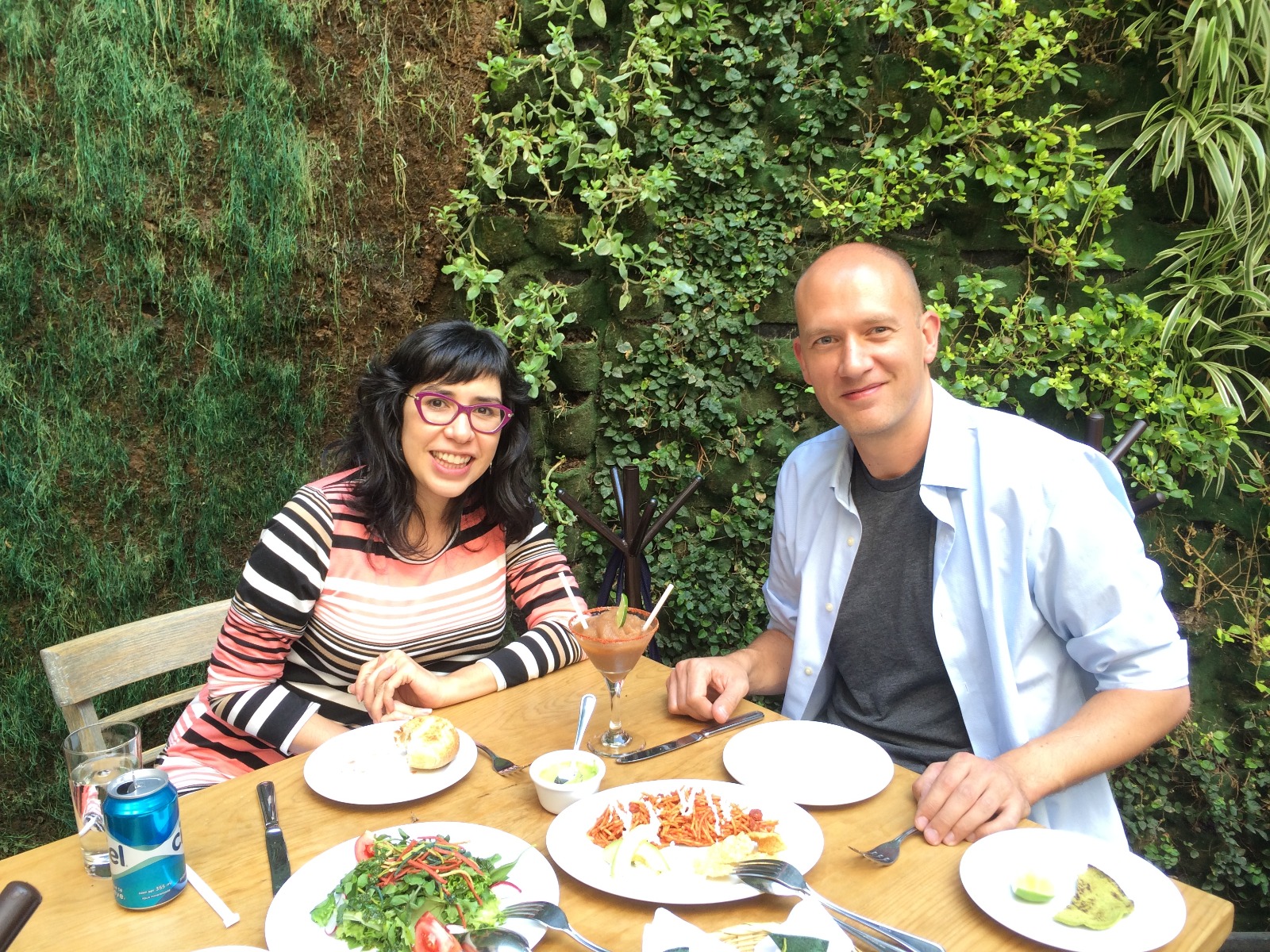 Thanks to Lesley Tellez for showing me around

*chilango - slang word for people who live in Mexico City