Euro's, Spices and Bouillabaisse: A culinary adventure in Marseille

Marseille has always been one of the main gateways into France and is a real cosmopolitan melting pot. History repeats itself in Marseille - where immigrants come, their culinary expertise follows with most immigrants coming from the Maghreb (a term to describe peoples from Morocco, Algeria and Tunisia).

This makes the cuisine in Marseille completely different to anywhere in France, fusing Mediterranean ingredients with North African spices. My trip there had two aims, watch England kick off their ultimately disappointing Euro 2016 campaign against Russia and track down the city's culinary gift to the world, bouillabaisse. 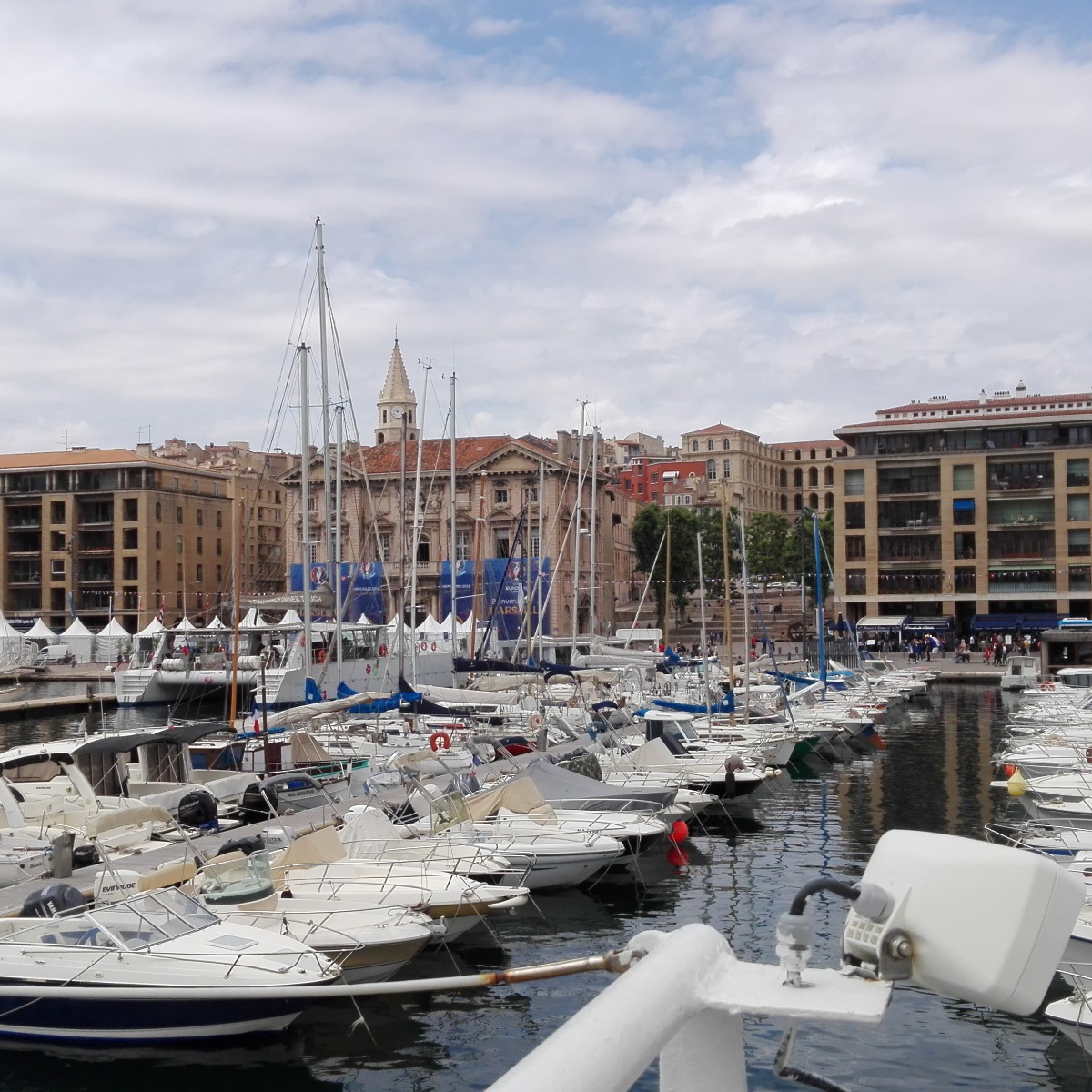 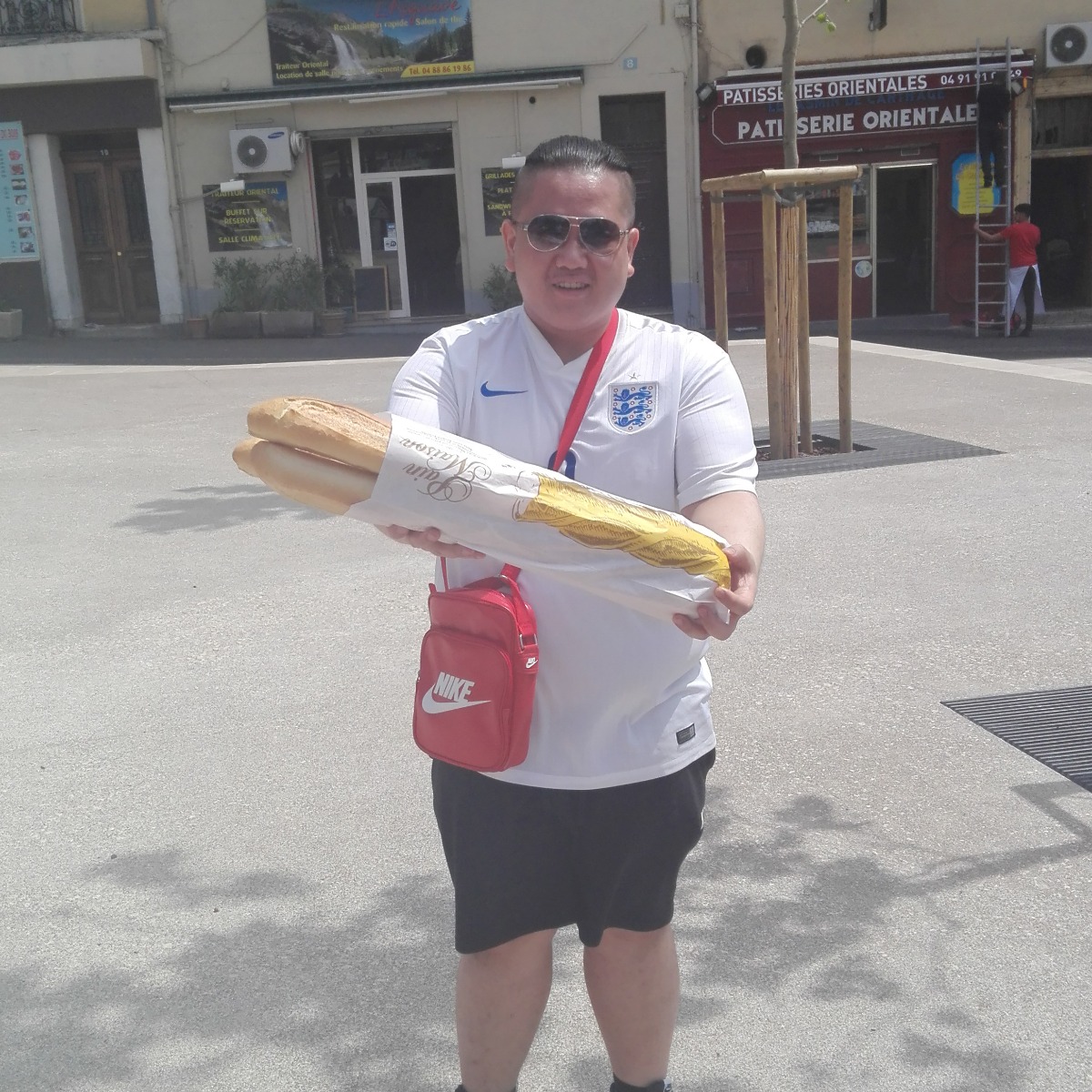 So my first point of call when I arrived in Marseille was to throw on my England top, buy a couple of baguettes from the nearest boulanger patissier, and take a photo of myself. "When in France, buy a baguette!"

The streets were full of little bakeries offering selections of North African sweet and savory delights. I tried to ask the bakers what spices they used and what they had on offer, but being a typical Brit abroad my French only extended to "merci."  Thankfully a fellow customer who spoke English was happy to translate. The spices and aromatics they used in their bakery were rose petals, orange flowers, cinnamon and cardamon. 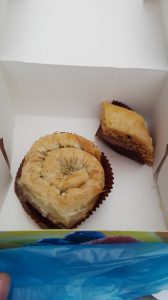 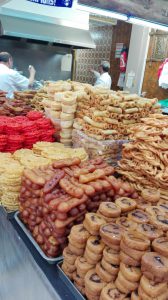 The cuisine in Marseille is very different compared to other places in France. The frequent use of spices combined with the local ingredients make Marseille the gastronomic centre of southern France. 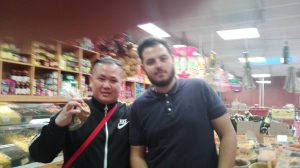 Saladin's spice market is located a brisk 5 minute walk from the old port. Walking in I was greeted with a hefty kick off aromatic spices and suspicion. I guess they haven't had many England fans walking in showing a genuine curiosity of their commodities. The shop offered a variety of blends, spices, dried fruits and nuts. 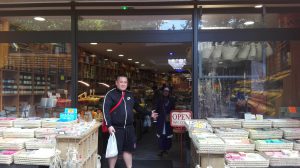 So while I was browsing around the shop and taking photos, I was asked by one of the workers why I was so curious about spices. So I proceeded to them tell him about the Spicery, I showed him our spice store page which brought a sense of surprise out of him. 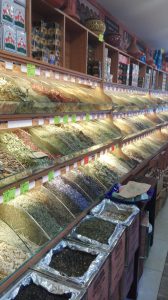 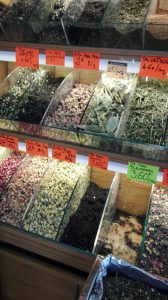 He was surprised that there would be a market for spices in England - maybe he thought our cuisine only extended to fish and chips! 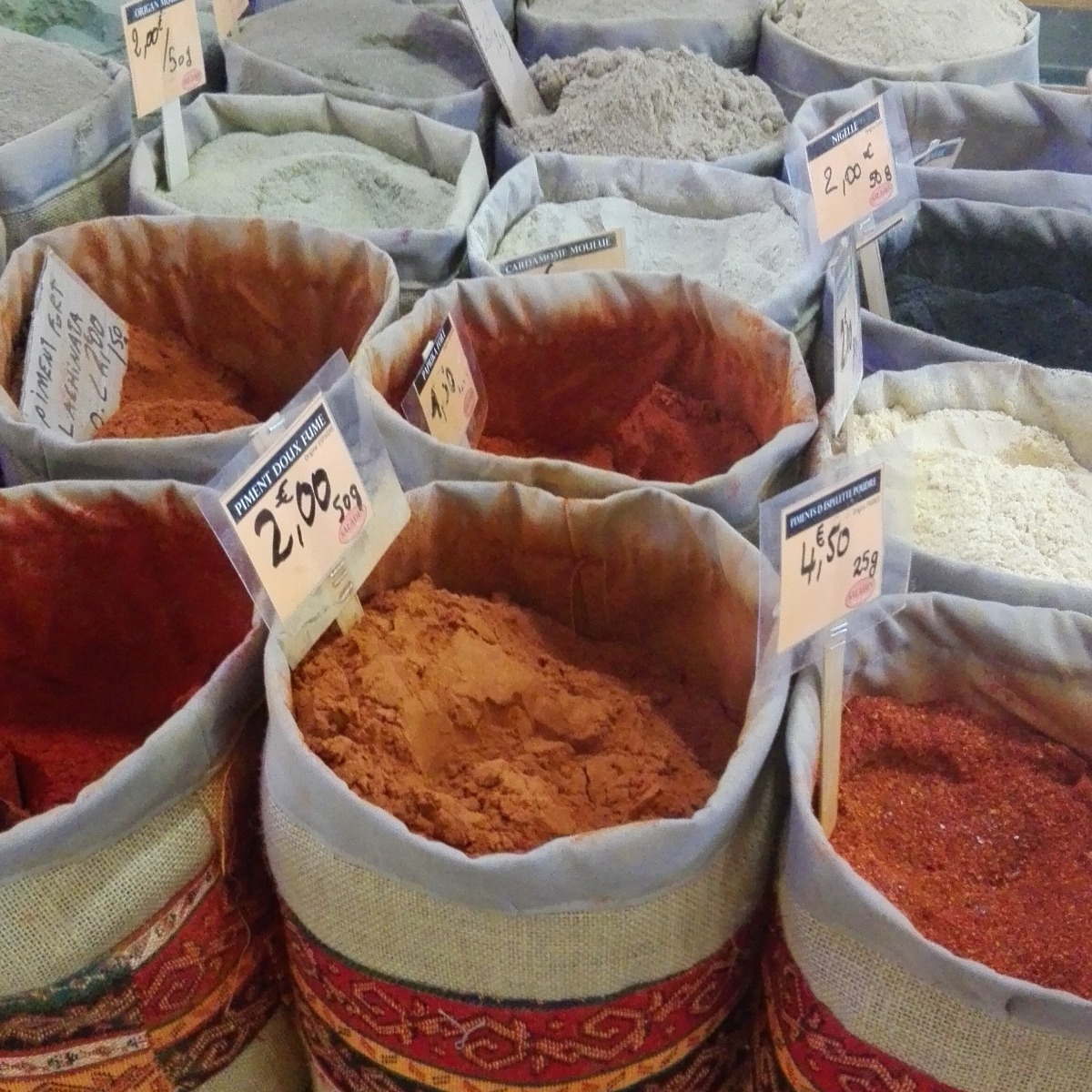 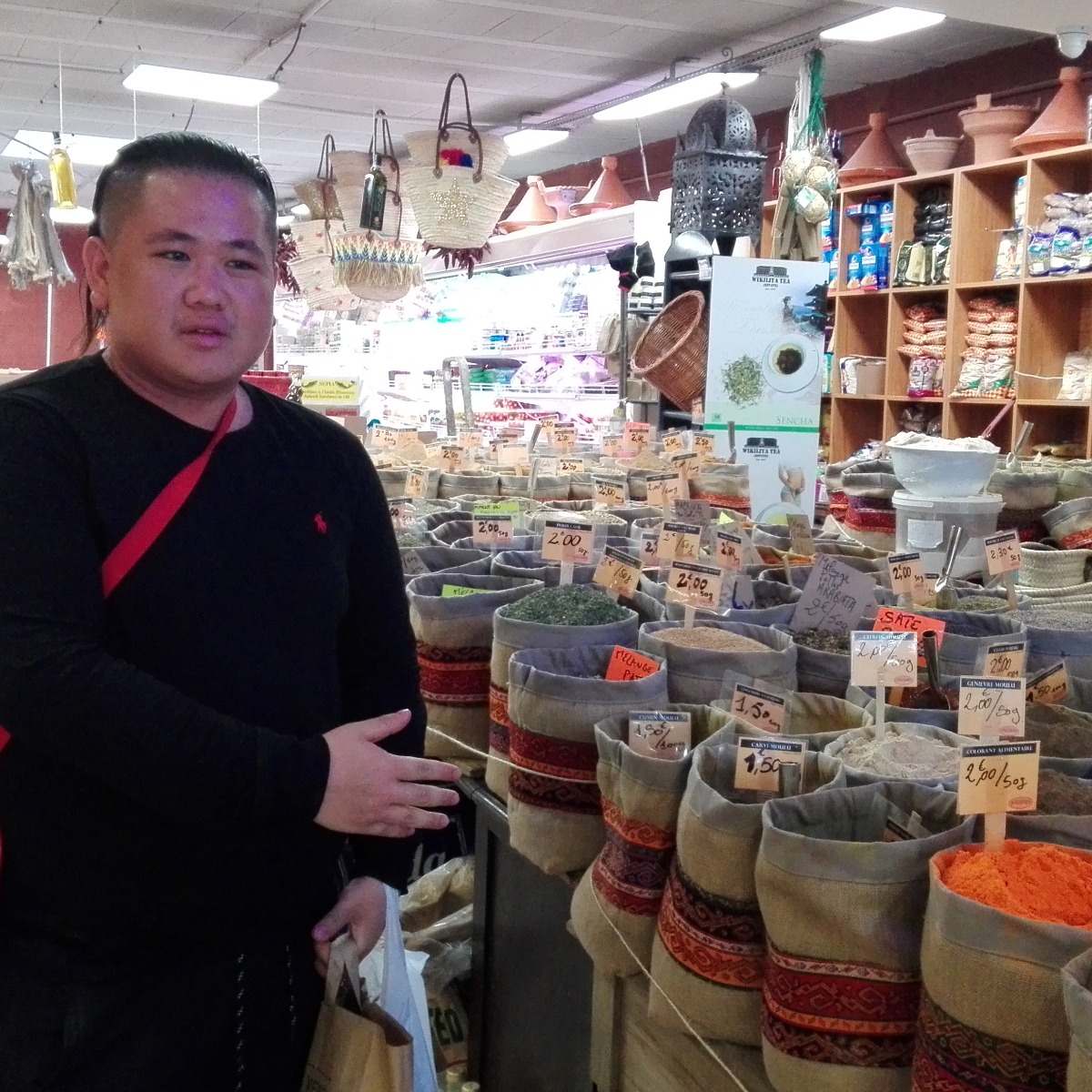 I notice they had on offer a variety of blends many which we have back home, so for product development and quality control I brought some samples of their blends home so we could compare it to our current blends and see if there was any room for improvement. They offered blends from all around the world, from garam masala to creole spices.

The spice blends we associate with North African cuisine such as berbere, harira, ras el hanout and tagine spices were all made according to family recipes. Due to the large Maghreb population in Marseille it is evident that their culture has left a mark on Provence cuisine - the use of ras el hanout in Bouillabaisse is a example of this. 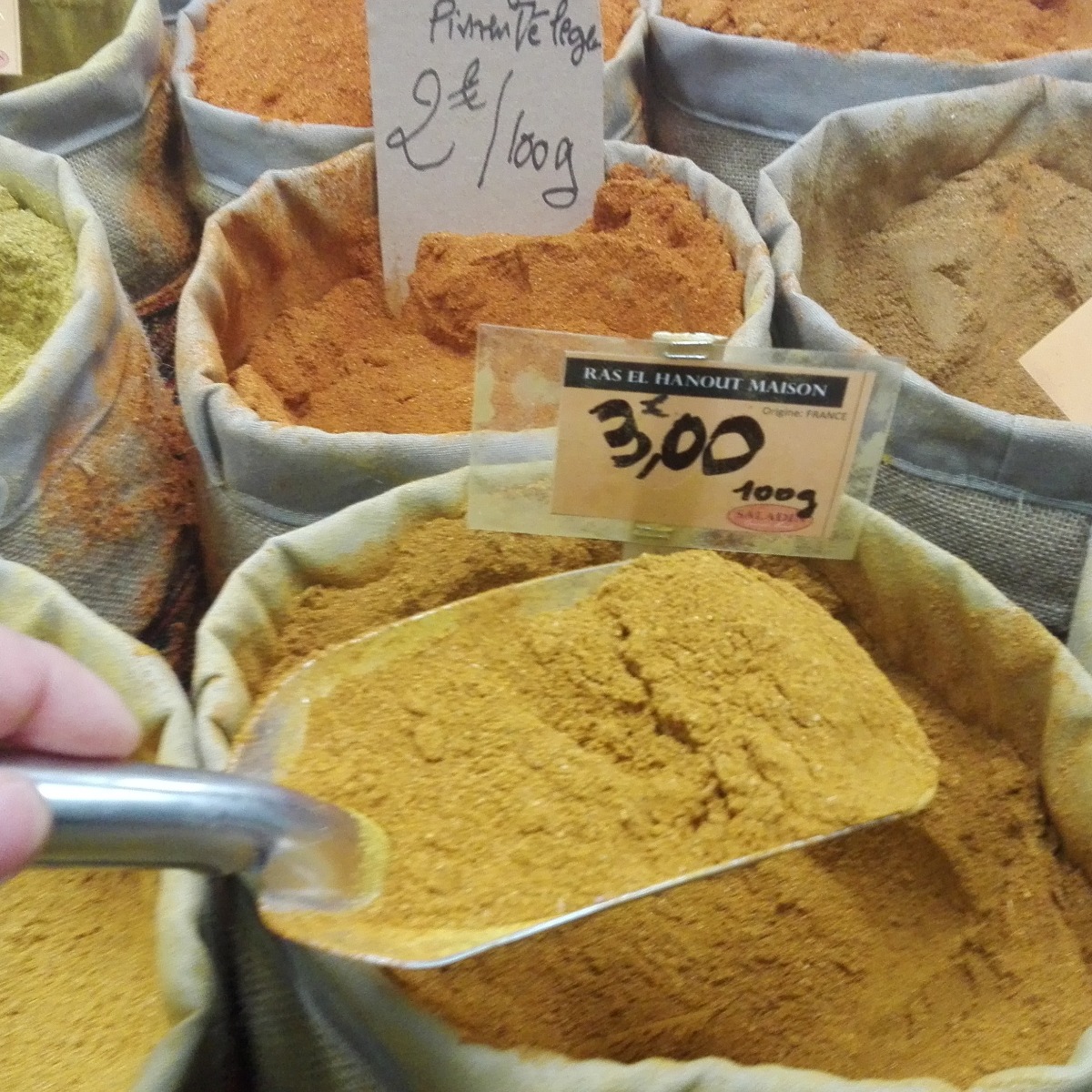 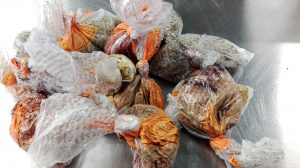 As I entered one of the most upmarket restaurant I've been to in a very long time I was greeted with a sense of amusement by the front of house, as if I was a lost tourist in a full Nike tracksuit looking for a kebab shop. I asked if they sold bouillabaisse and the front of house looked surprised, I guess they haven't had many England fans asking for fish soup. The bouillabaisse was served alongside sliced baguettes and a rouille, which was basically mayonnaise spiced with garlic and saffron. The bouillabaisse was glorious, it had a very deep fishy savoury flavor served with fillets of hake, mussels and lagoustines, and the icing on the cake: half a lobster. 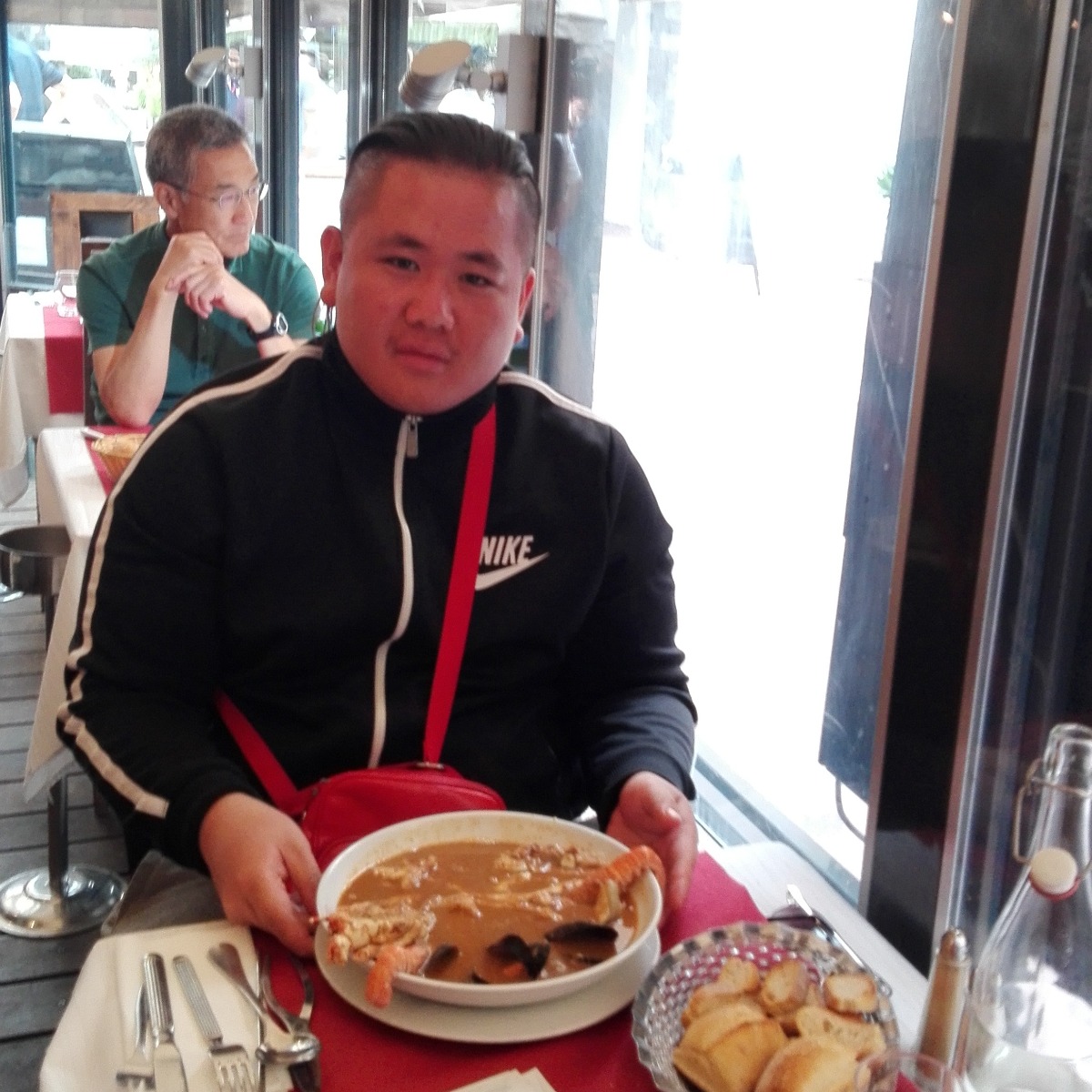 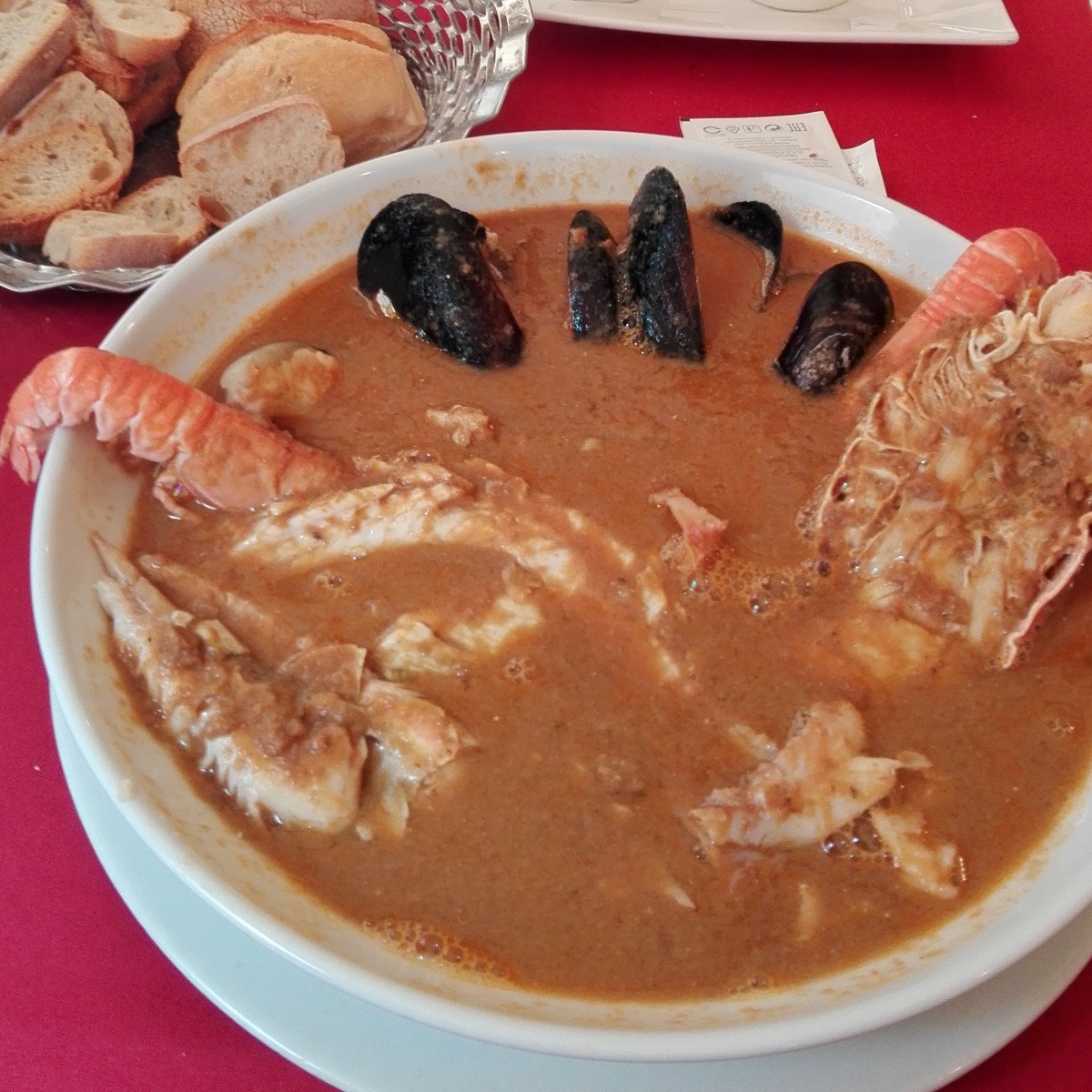 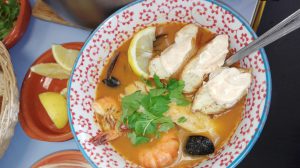 So my first week back at work from my trip to Marseille I decided to cook a version of bouillabaisse for my colleagues at work, and here's the recipe…

In a large saucepan fry the onion, fennel, carrots, celery and finely sliced garlic in the olive oil for 5 minutes or until they begin to soften

Blend the soup until thickened, then ladle into a sieve. Using a spoon push the soup through the sieve extracting as much soup as you can

Pour the soup back into the saucepan and bring to the boil. Once nearly boiling bring the soup down to a simmer, season with salt and pepper and add the white fish fillets, prawns and mussels and simmer for 5 minutes or until cooked through

Serve the bouillabaisse with the spiced mayonnaise, baguettes and cheese, garnished with parsley and lemon wedges

Spicery staff go out for lunch!