How I found ‘The One’ on Zanzibar… 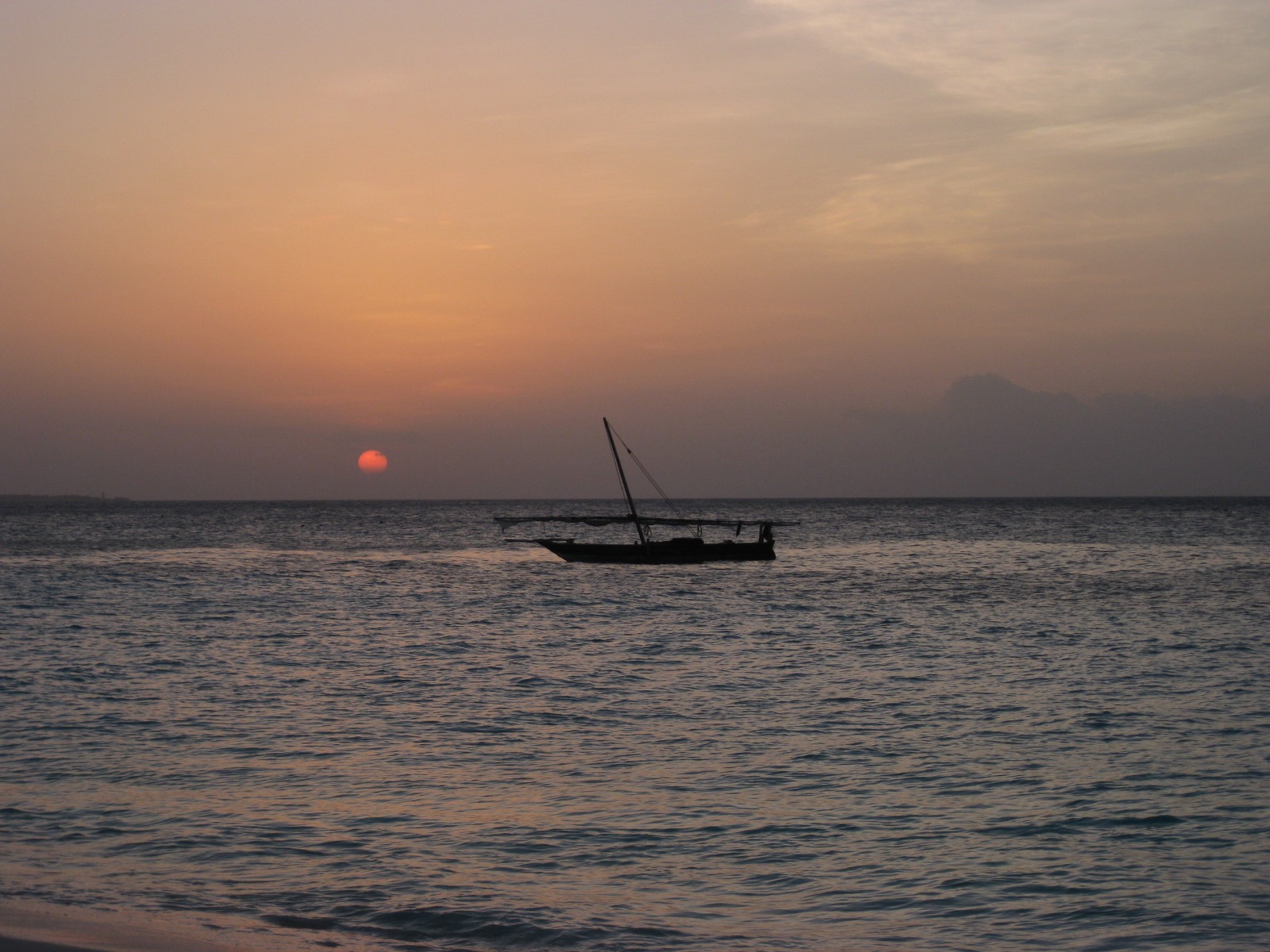 From the moment I arrived on the island, the task I set myself was this: to find the best curry on Zanzibar. It was a task that led to some bad curries, some brilliant ones and some very entertaining conversations with incredibly welcoming locals. 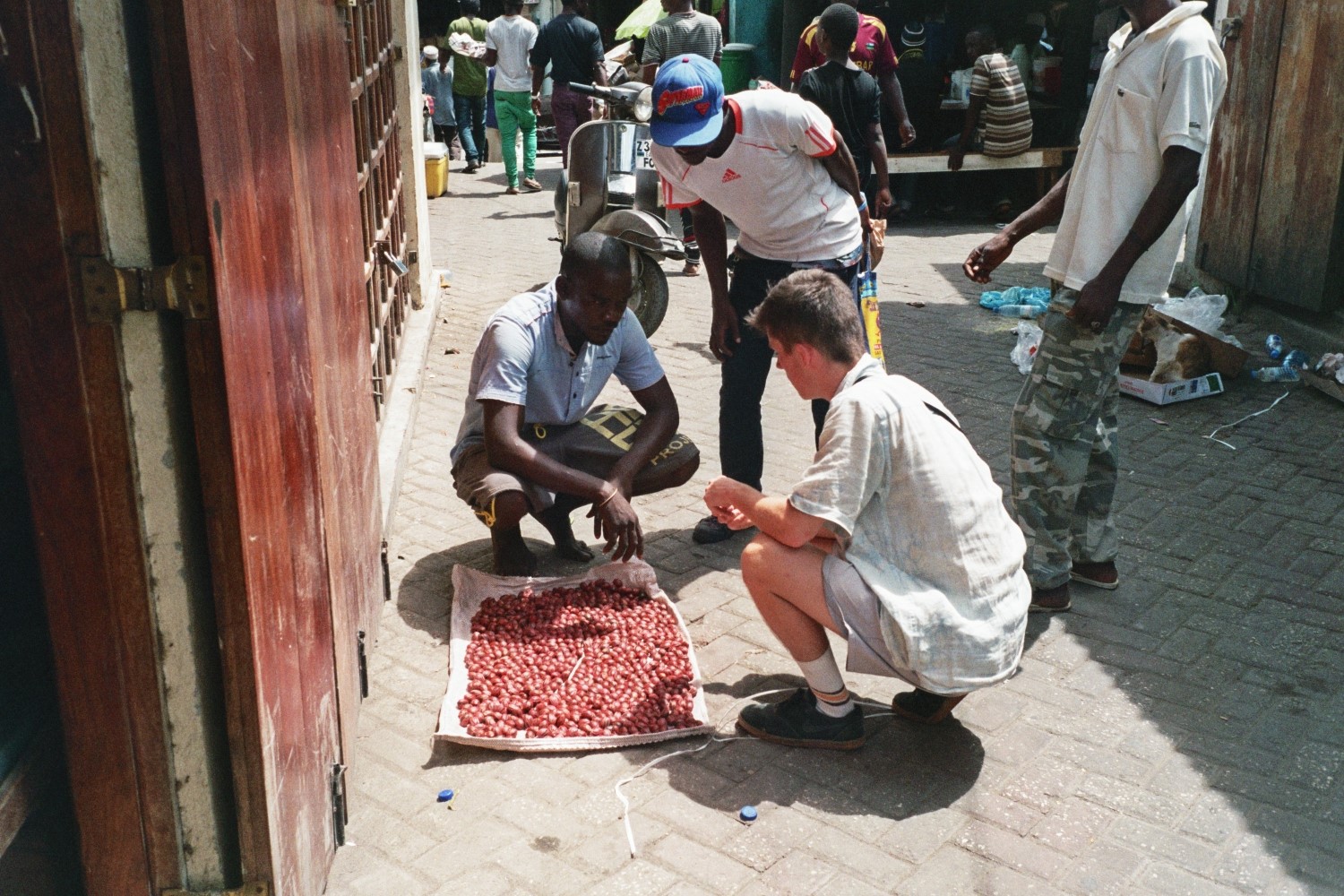 I was on an extended trip to Eastern and Southern Africa with my friend Tom when we arrived on Zanzibar. Known as the Spice Island, Zanzibar lies in the Indian Ocean just a short ferry ride from the capital of Tanzania, Dar es Salaam. For two 19 year old boys, beaches, carnivals and cheap food was enough to make this island paradise.

Zanzibar was under Portuguese influence for a time so there was some introduction of spices, mainly chillies from Mozambique, but it was under Arab influence in the 18th and 19th centuries that the island became widely used to grow spices commercially. Zanzibar was integrated into the Omani empire, and the rulers exploited the tropical climate and fertile soil by creating what was once the largest supplier of cloves in the world, as well as a host of other spices such as cinnamon, nutmeg and pepper. Much to my amusement, I discovered a bag of Zanzibar cloves in the Spicery warehouse just before I left, which shows how this small island is still reaching a worldwide audience. 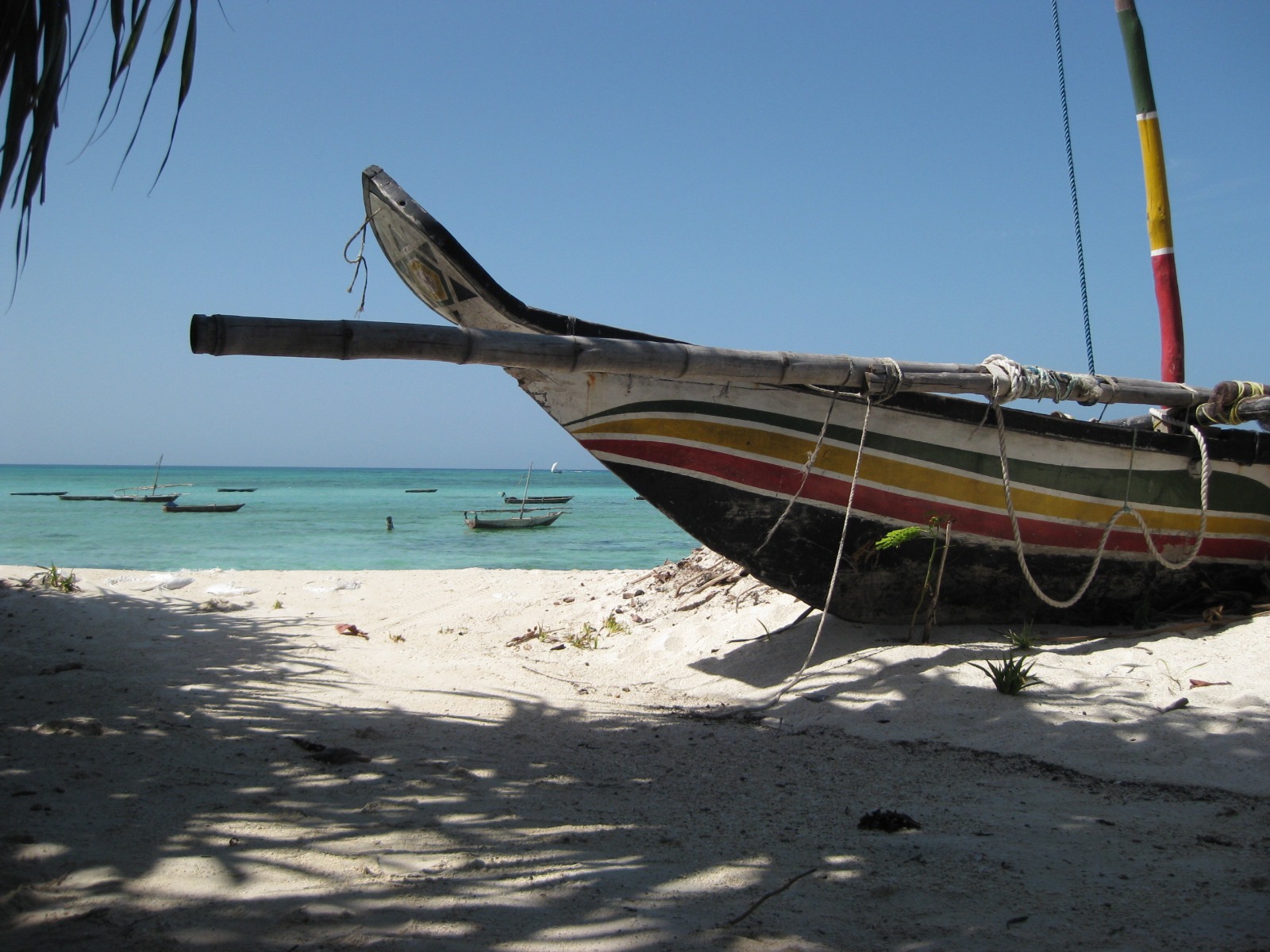 Britain then increasingly used the island in the 20th century as a stop off point for ships and goods travelling from Europe, South Africa, and Asia. Interestingly, much of the local cuisine is directly traceable to dishes found in India and Sri Lanka due to the movement of people around the British Empire. Pilau rice for example is a staple across the Island and coastal Tanzania, and our tight budget meant we had only this for several meals. It was delicious… the first time.

So there we were arriving on Zanzibar after our first few weeks of travel in East Africa. Immediately we felt ourselves unwind in preparation for what we believed would be a quiet and uneventful stay. This was not to be, as within minutes our taxi driver hit a poor local on a moped. It was OK - he walked away fine - but his trusty moped did not and we were suddenly a bit more awake. Luckily, we made it to Nungwi Village in the north of the island just about intact. 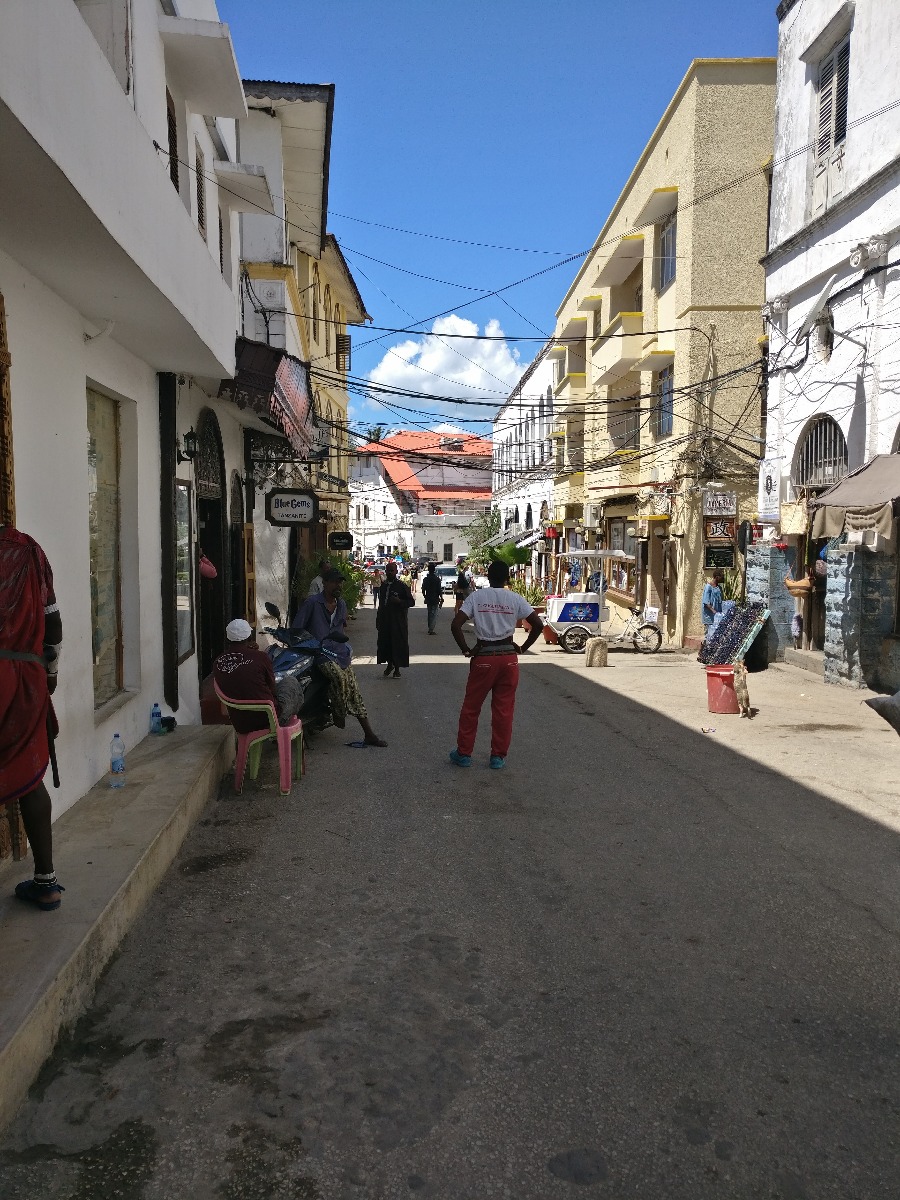 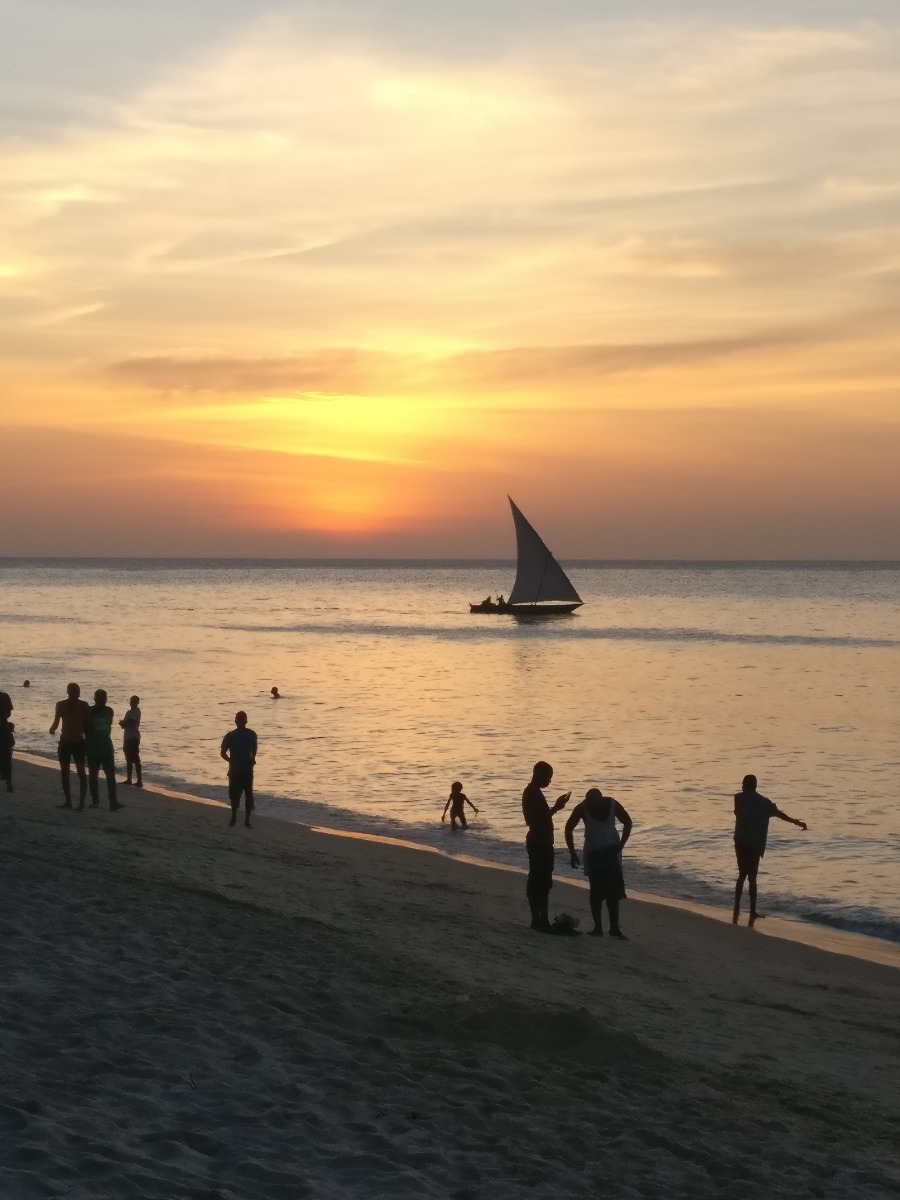 The first restaurant I was directed to was unfortunately not ‘The One’ – its Fish Palak was nice, and with a candlelit view of the beach it was a charming place, but I knew the island had more to offer.

Over the course of the next week, I ate everything from grilled curried lobster in a cliff-side restaurant, to a beef curry in a delicious local café with the most appalling hygiene standards, to (probably) the best chapatis south of Nairobi in a mud hut bakery. 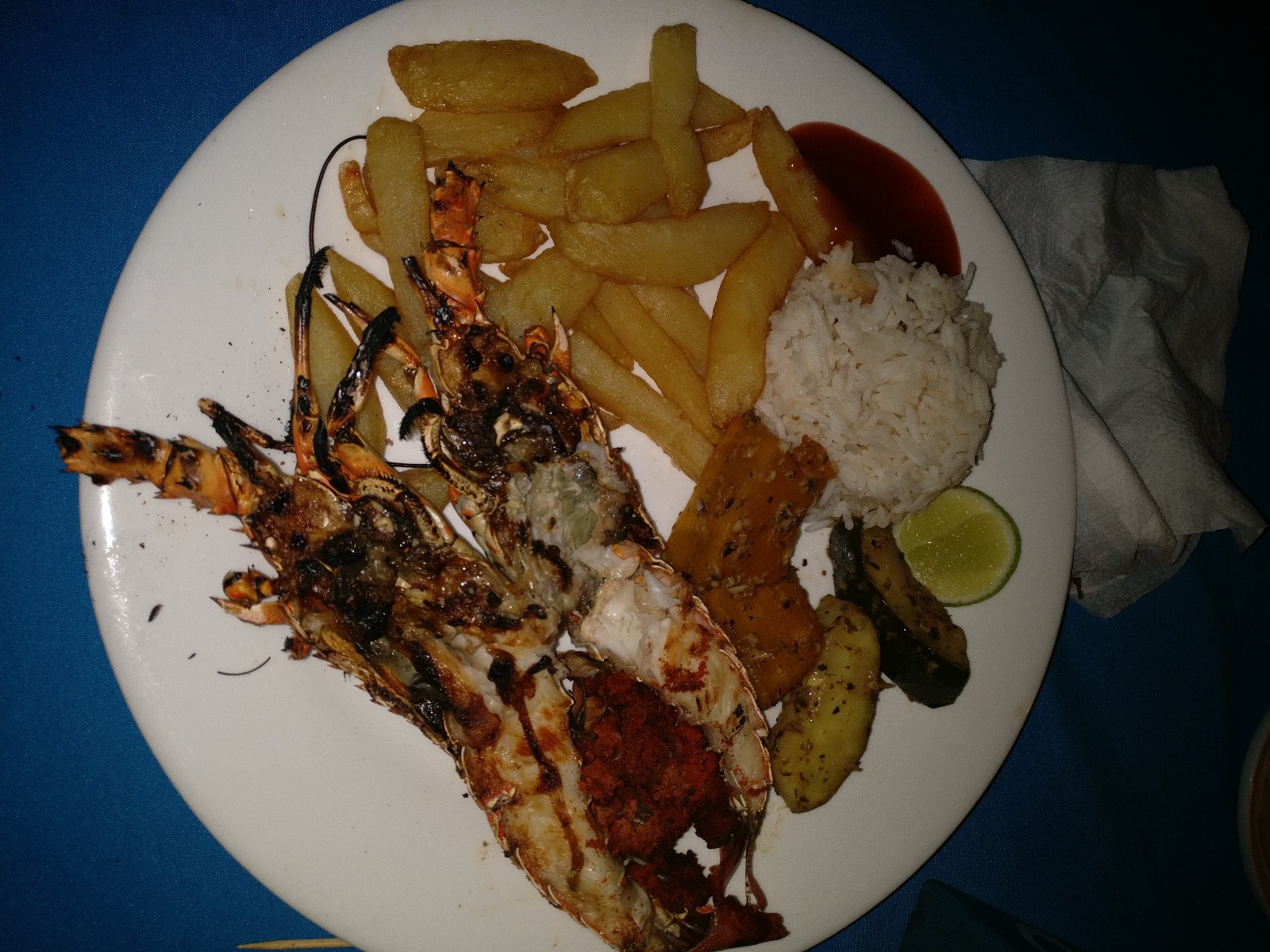 Ironically, it was on our second to last night that I finally followed our hostel manager’s recommendation and went to a restaurant only 30 metres away. And it was here, right under our noses, that I had the best fish curry I have ever had. I ordered what was simply called ‘Zanzibar Prawn Coconut Curry’, but it was anything but simple. Using plenty of whole spices sourced from plantations just a few miles away, coconut milk from the trees on the beach and huge prawns caught that morning, it was no surprise that it was so delicious given how fresh it was.

I knew I had to get the recipe (despite my signature dish so far being scrambled eggs). I spent half an hour laying on food compliments to the manager whose name was Job, whilst trying to avoid using his name whilst describing my work at the Spicery, as the normal language barrier was enough. Eventually he conceded, but on one condition: I would return only on my last night so that he could give me the recipe in secret as I was leaving, so none of his competitors could steal it. 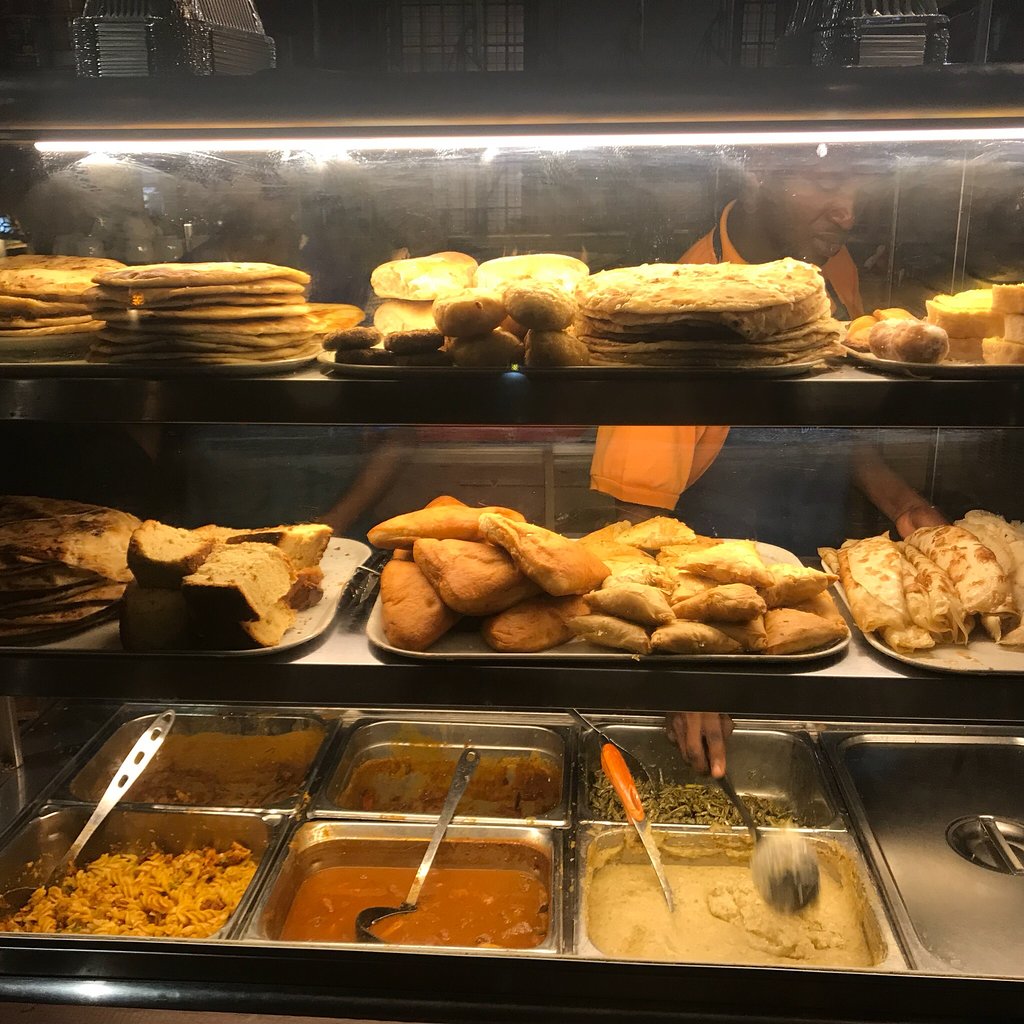 Whilst staying in the historic capital of Zanzibar, Stone Town, we were thrown back into the chaos of Eastern Africa, and spent 72 hours confused, hungry or asleep. We went on a spice tour around a local plantation, although to my embarrassment I struggled to identify many of them. In my defence, they look very different on a tree. To top it off we ended our stay by going to the largest market on the island, which made any meat lover queasy and then desire a beef curry all within 5 minutes. I didn’t take any spices with me, as we still had many weeks left on our trip, although without realising, I had stood in the remains of a string ray and so I was able to take the smell on my trainers about as far as Johannesburg. 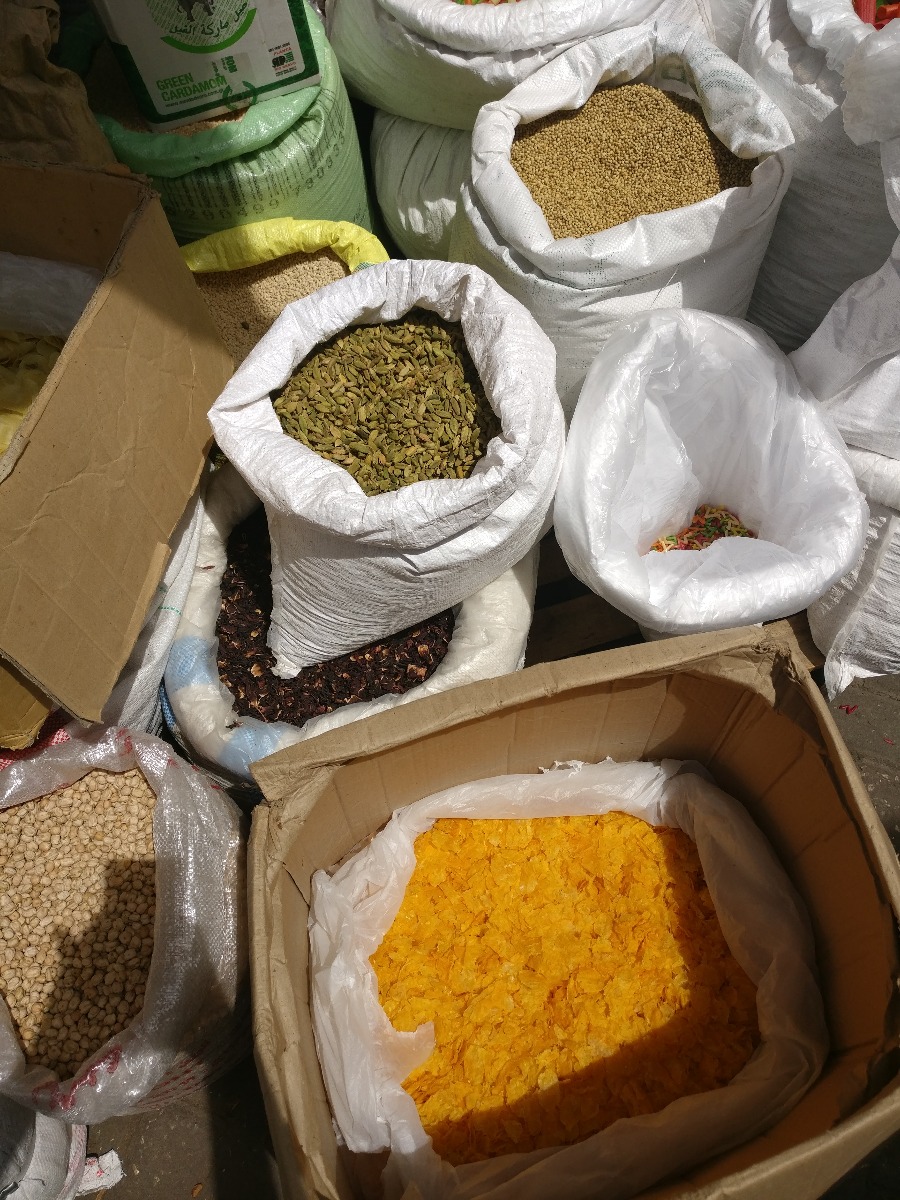 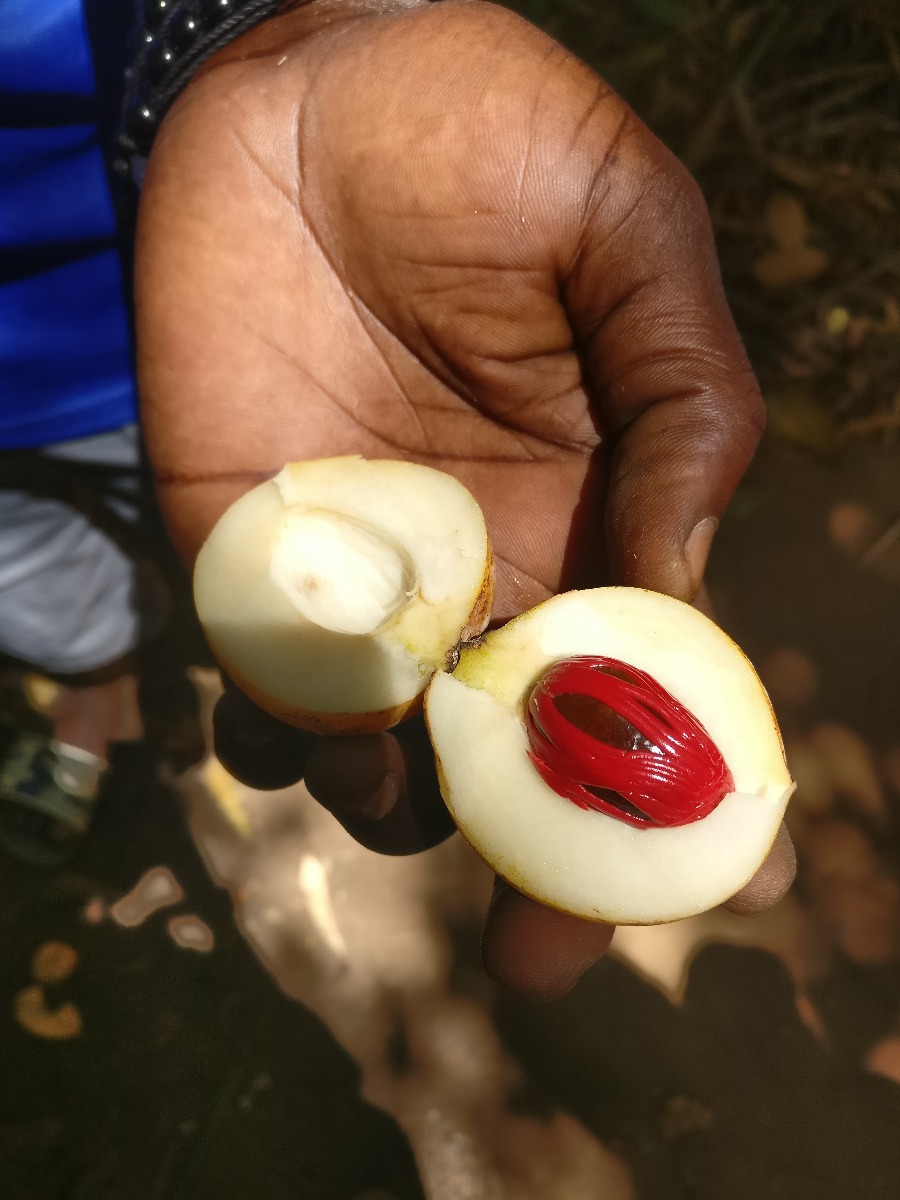 Zanzibar is a paradise island, but so much more than this as well: beaches, curries and spices, history, the most persistent sellers you will ever meet… I am already planning my next trip; I strongly suggest you do the same. 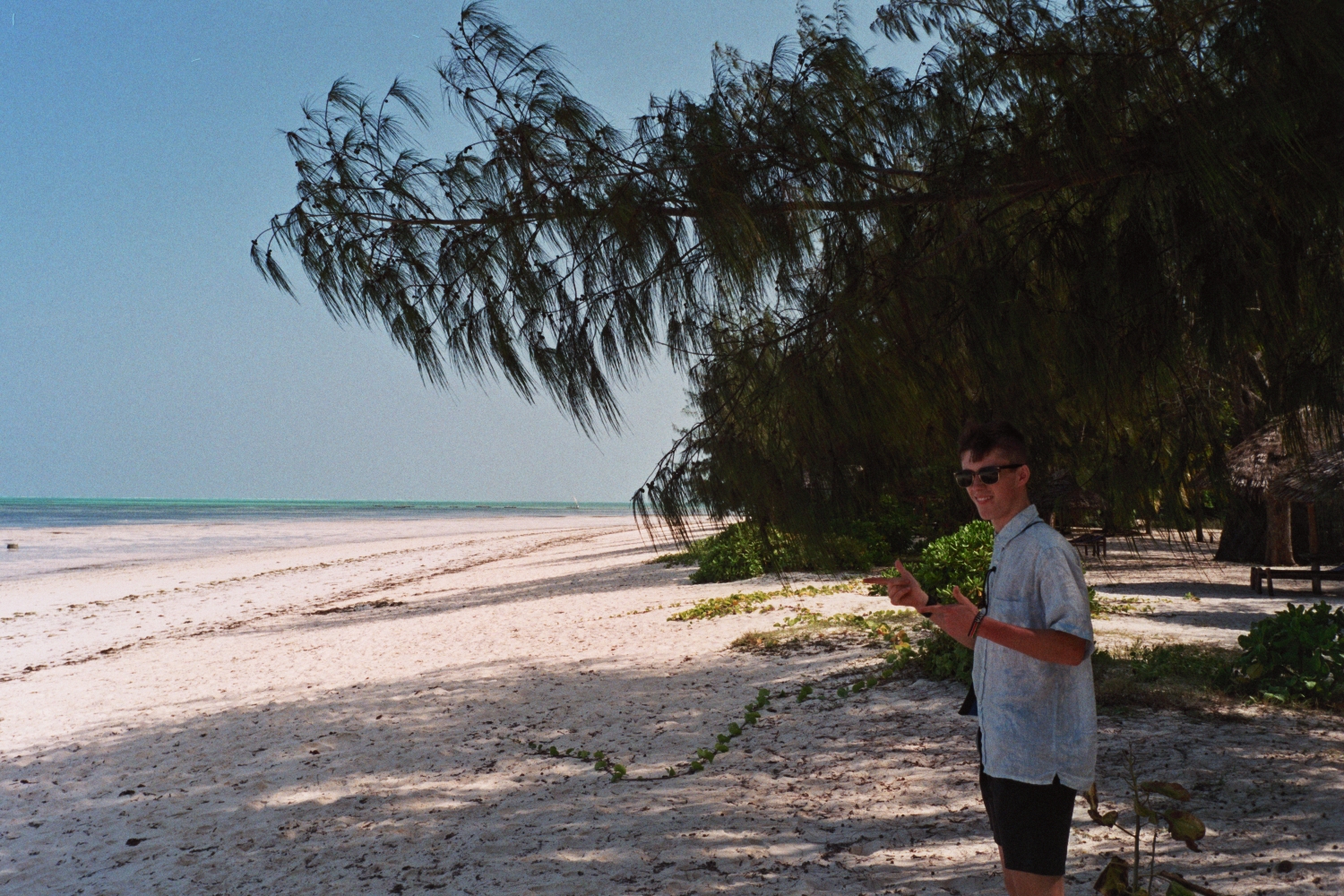