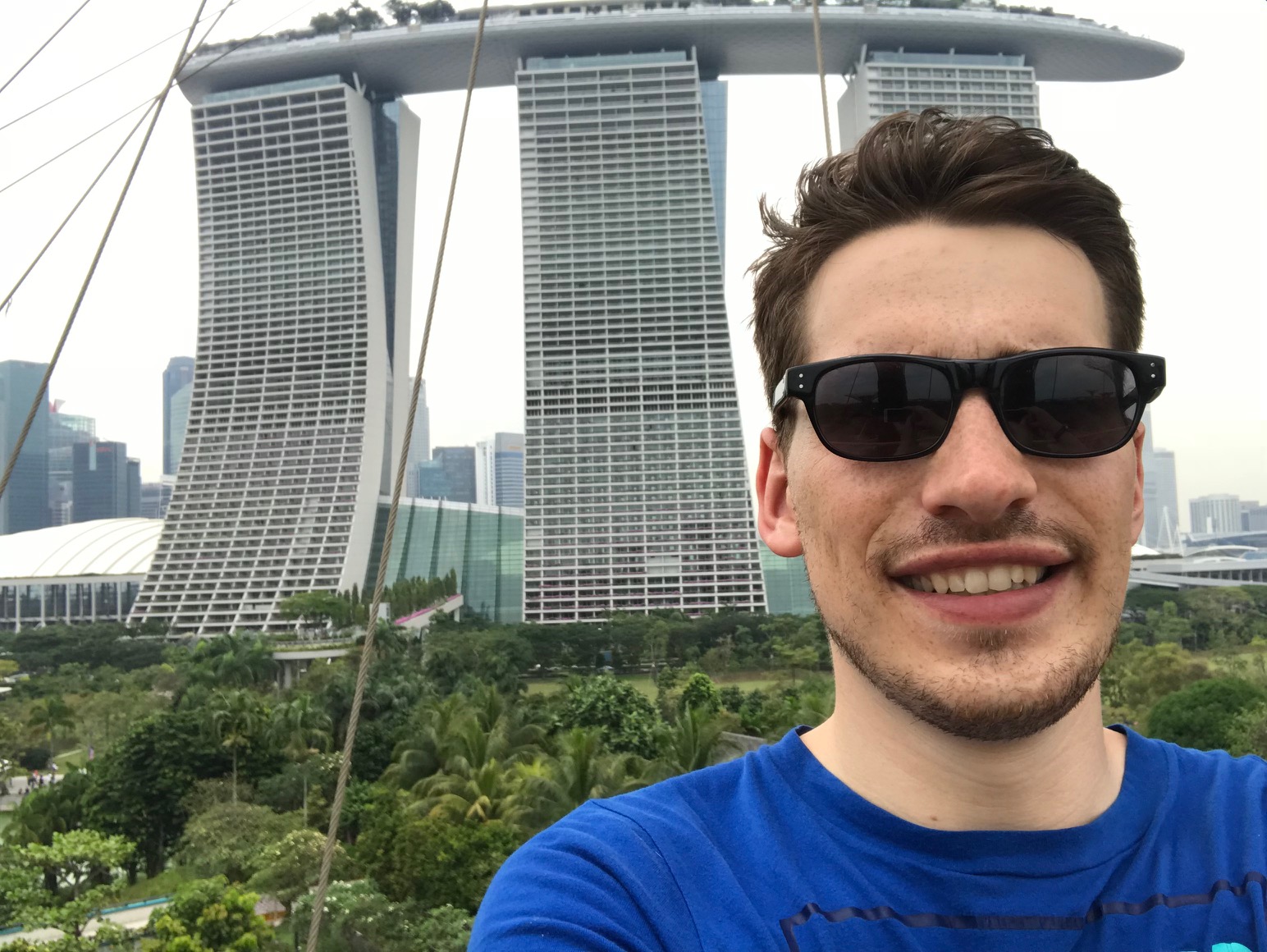 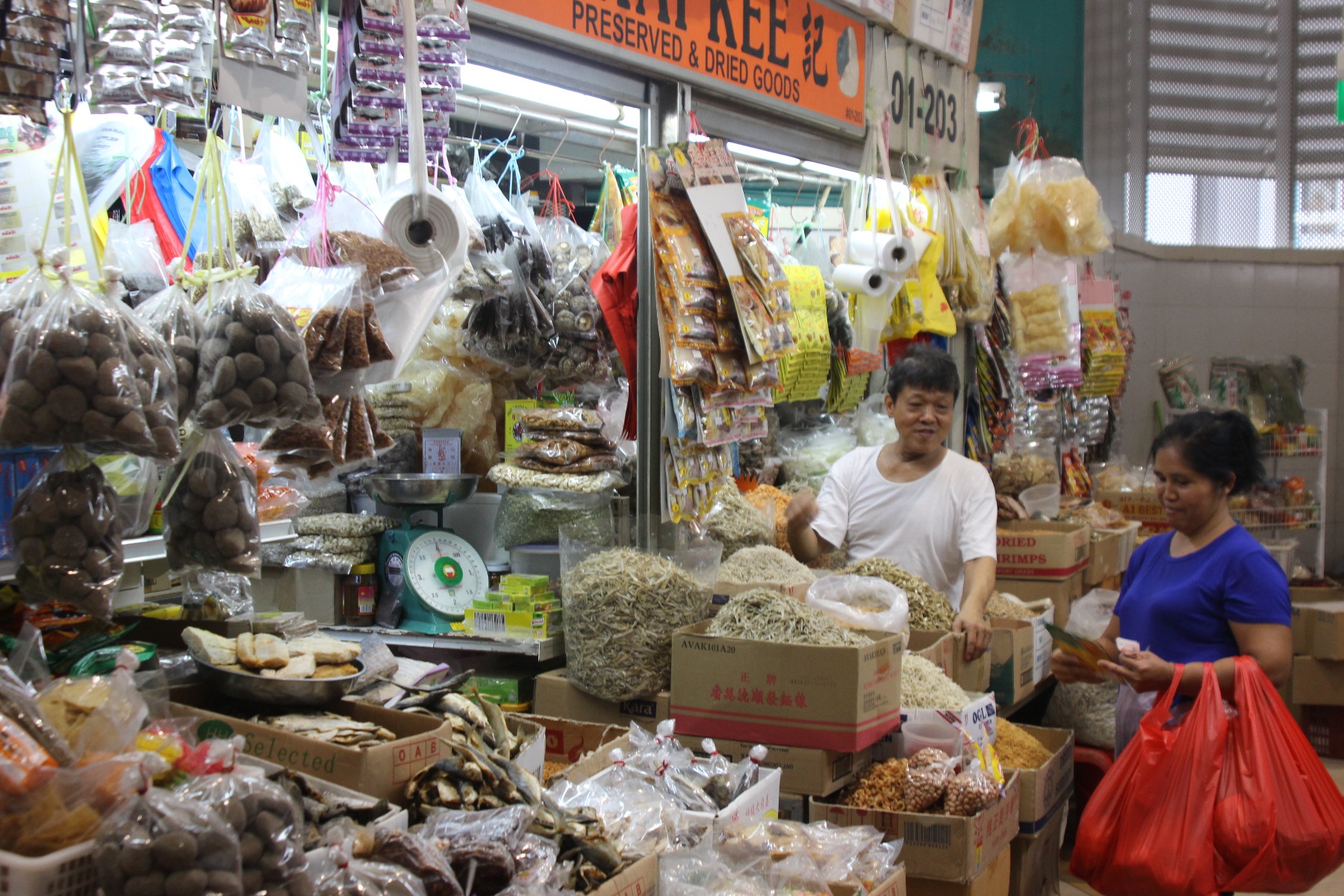 Singapore is well known as one of the most international and diverse places in the world - it's no surprise therefore that this is reflected in the food. Alice traveled to Singapore a few years ago, exploring this variety of amazing food. So it seemed like a great place to stop en-route home from NZ and explore what all these different cuisines might have in common.... 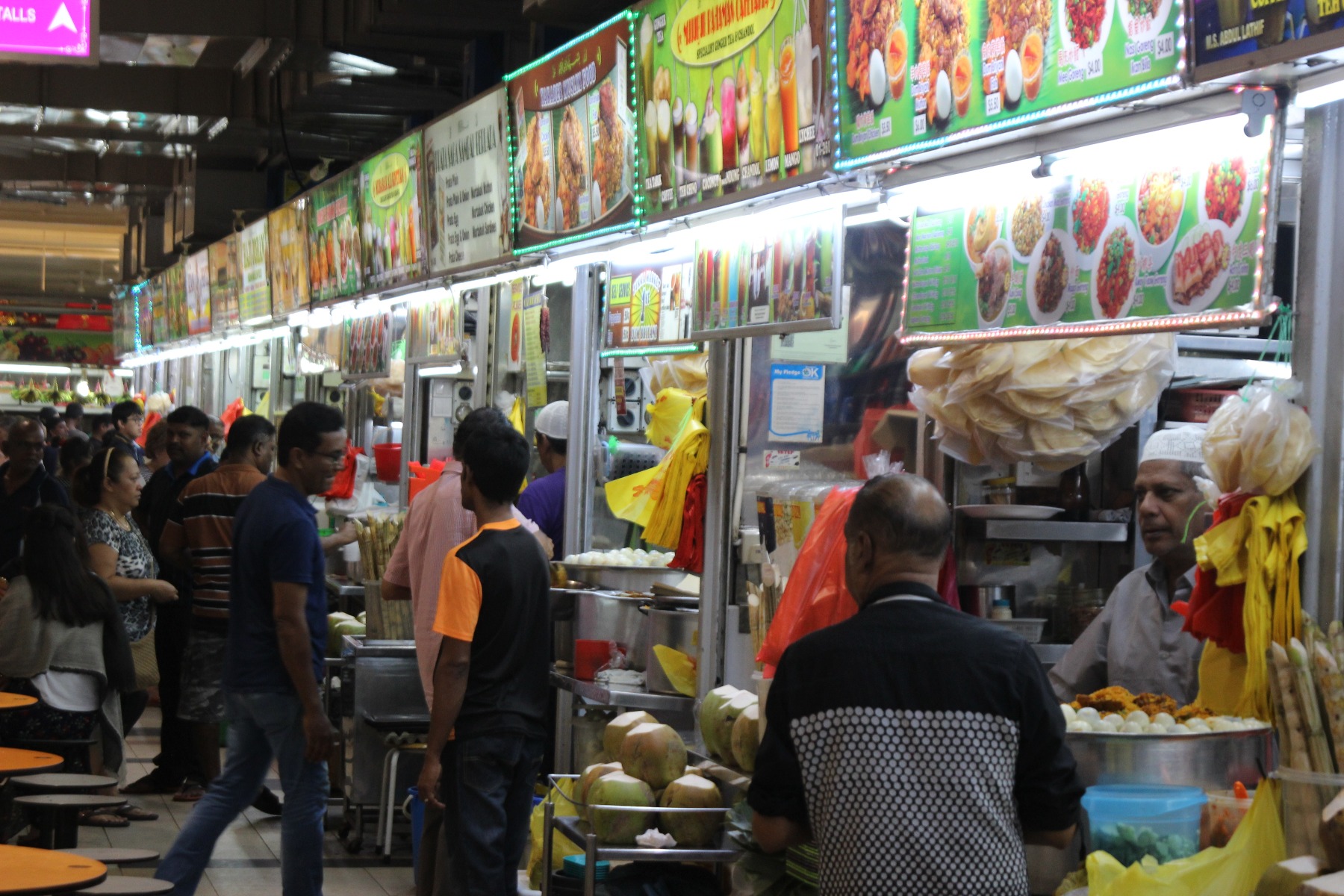 There is one thing, more than anything else, that goes between these cuisines and that is curry! There's no shortage of types of curry here either; sitting down for a rushed lunch, I made a note of all of the stalls around me. Within a tiny area you could eat Thai curry, Indian, Chinese curry, Malay curries, Japanese curries - and within these there are sub-cuisines too. For researching our new Curry Legend World Curry book what location could be better!? 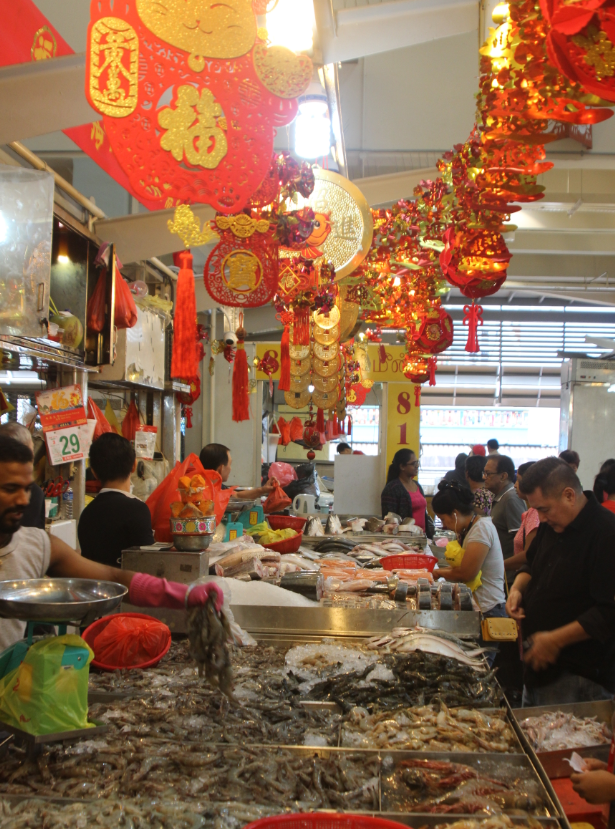 These different cuisines arrived in Singapore relatively recently with immigrants from all of these countries coming en-masse shortly after the British colonised Singapore in the 19th Century. Indian curry became very well established as large communities of Indian soliders were brought over as part of the British colonisation effort along with indentured labourers who were trying to escape poverty and debt. This cosmopolitan mix of people was important in establishing the city as a global trading hub, one where cultural influences flowed in and out as freely as the goods, and just as far reaching. Singapore became known for its free trade and the city sprawled out as traders started using the city to avoid Dutch trade restrictions in Batavia (Jakarta) and Malacca.

Chinese culture here has a similar background, many immigrants came to Singapore to work in the rubber plantations and tin mines. Again this influx of people brought their own cusine, which mixed with the Indian ingredients available in the markets to produce their own unique take on curry. Since then, many of these immigrants and their descendants have remained in Singapore, together with even more migrants from around the world which has helped to keep the diversity of the food thriving to this day.

Talk to anyone from Singapore and you realise curry is a big part of their heritage, because in no small part, it was what their ancestors grew up on. Towards the latter part of the 19th century, when Singapore was growing at an enormous rate, a diverse range of ingredients and spices from around the world started arriving in bulk. Before this time though there was a real need for immigrants to adapt and use what was available. The flexibility in curry dishes allows them to be adaptable, cheap and quick to make and nutricious for the migrant labourers working long hours in the tropical heat, and this need to "make do" is one of the reasons it grew to be so popular and entrenched in their culture.

In Singapore, the food here has a uniquely "equal" status, where snobbery takes a back seat and good food prevails for everyone! This is demonstrated in no better way than the fact Singapore is home to the most affordable Michelin-star restaurant in the world - with meals costing just a couple of pounds. So successful in fact, there are often queues of 2 hours for the food (sadly meaning I couldn't fit in a visit). 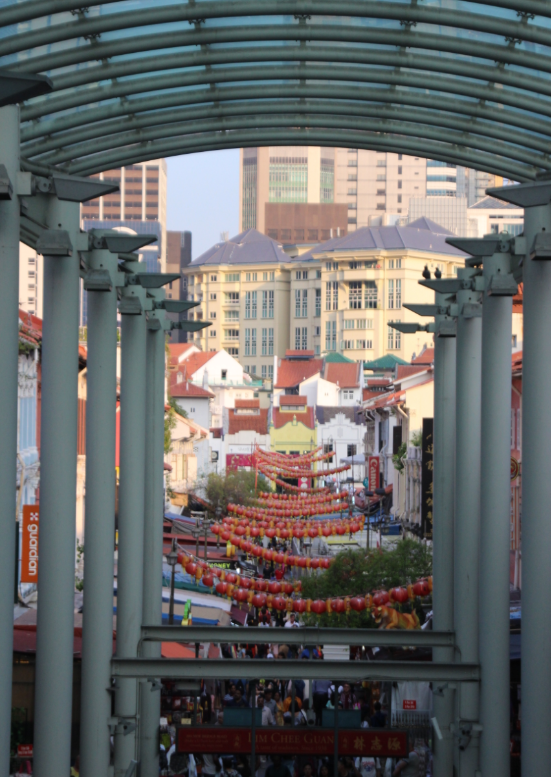 Staying in-between Singapore's districts of China Town and Little India meant I was perfectly placed set out to discover as much as I could. Having learned about the basic food history of Singapore within a few hours of touching down (in no small part thanks to my hostel host), I was keen to get out and see this history in practice.

As a little bit of a side note, as one of the few Spicerers who can’t handle hot spices you may think the choices would be limited, but I found the reverse was true! I was able to find loads of fantastic curries to try, without burning my tastebuds and really being able to taste all the subtleties within the  well refined classics and all the various versions of them. 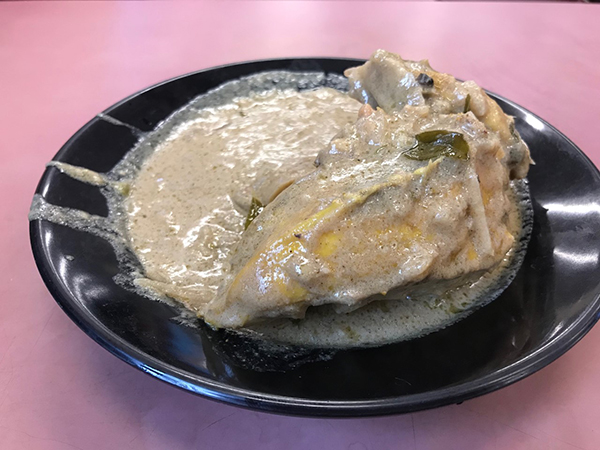 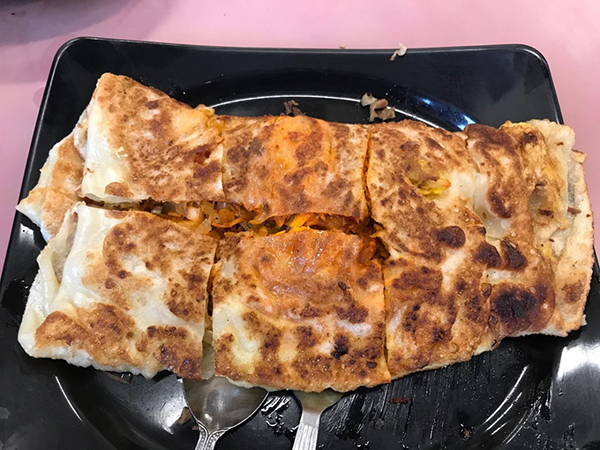 Chicken Kurma (AKA Korma), some may say boring, I say classic; and Tika Murtabak

The restaurant "Singapore Zam Zam" was one of my favorite discoveries, so much so I got two dishes here. The first, a classic Chicken Kurma which is surprisingly similar to what you would be used to (this can't be said for everything I tried) - creamy and full of flavor. The second, and my most unusual try of the trip, was a Tika Murtabak - a flat bread or pancake like wrap which on this occasion was filled with a surprisingly creamy, and sauce heavy, Tika Masala. Murtabek means "folded" in Arabic where the dish originally originates from, and while it is often combined with curry spices, this was one of the more unusual forms of it. What made this restaurant so good for me, was the sheer variety on offer, no single cuisine and no where better demonstrated the adaptability in curry more than by getting these two dishes. Definitely worth noting for our World Curry book which uses just 4 blends to make dishes equally as different as these - I'm looking forward to recreating these at home! 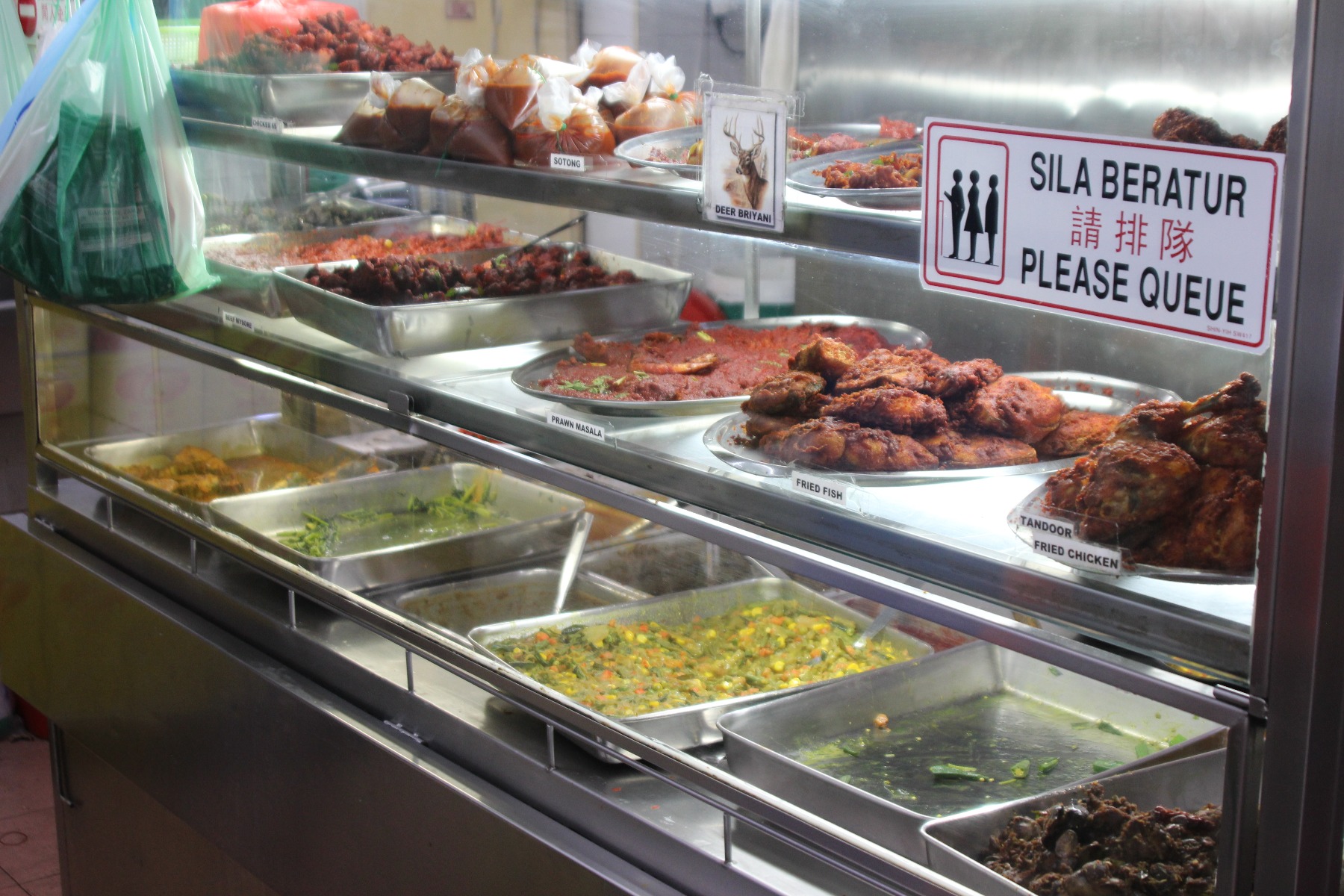 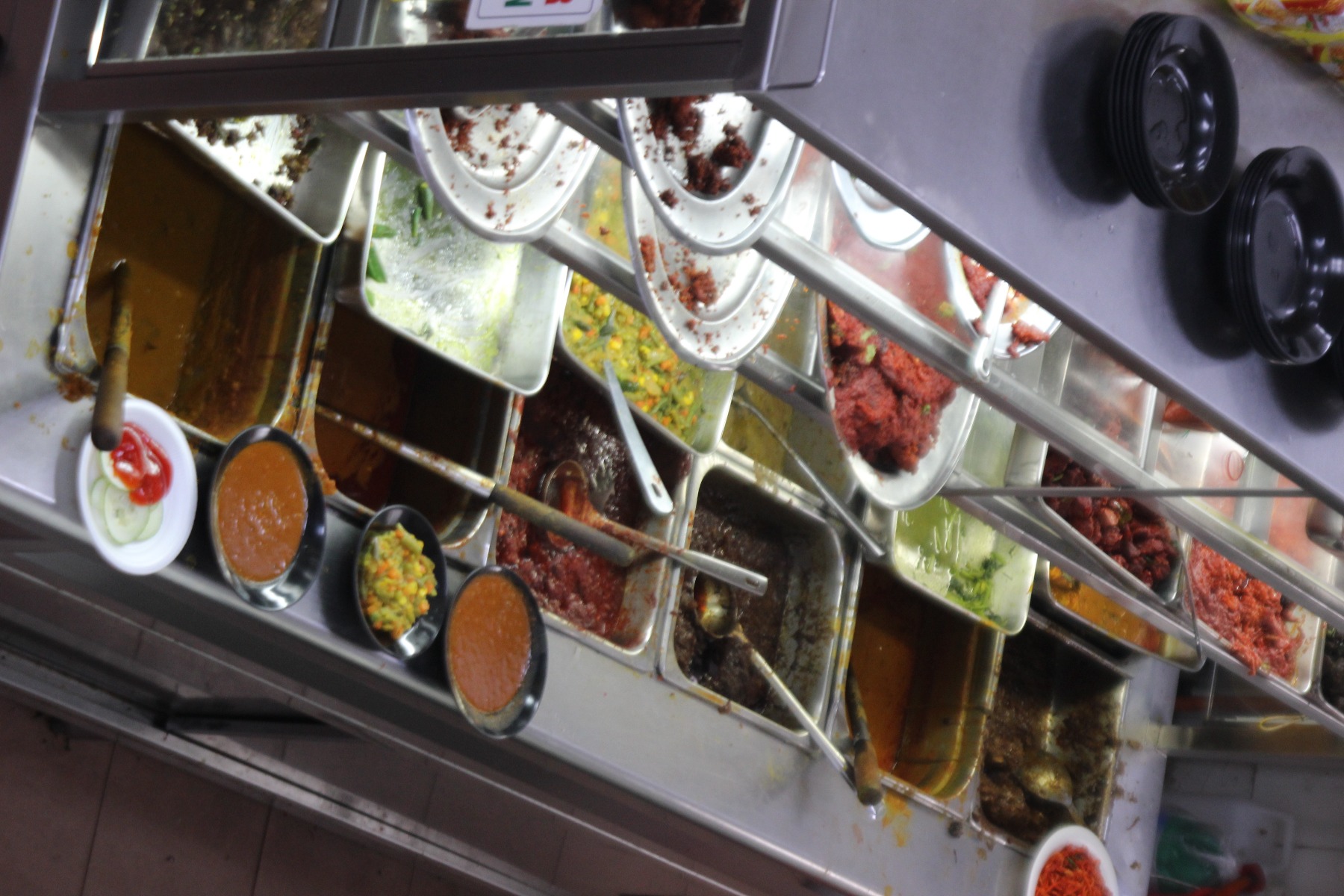 What you can't capture in photos is the variety on offer here, aside from just the different cuisines, is the different take on every single dish - so no two meals will be the same. However it is not all about eating out - even though this is a big part of the locals daily life, cooking at home is still very common. The markets are always alive with activity, and although you'd imagine that they'd be filled with raw ingredients for people to make their own unique spice blends at home with secret recipes handed down through the generations - much to my surprise there was almost no evidence of this at all. Instead spices and blends of varying types are sold in pre-packed sachets ready to go.

Many of these spice packets are curry-oriented, from various different cuisines and categories. This is the modern evolution of curry as a whole and most importantly, shows it is adaptable still. Where as in the 19th century it was resource variety that was scare, it is now time that is scarce, but the adaptability of curry shown in Singapore makes it carry on just as strong, just in a slightly easier pre-packed or ready to go form. 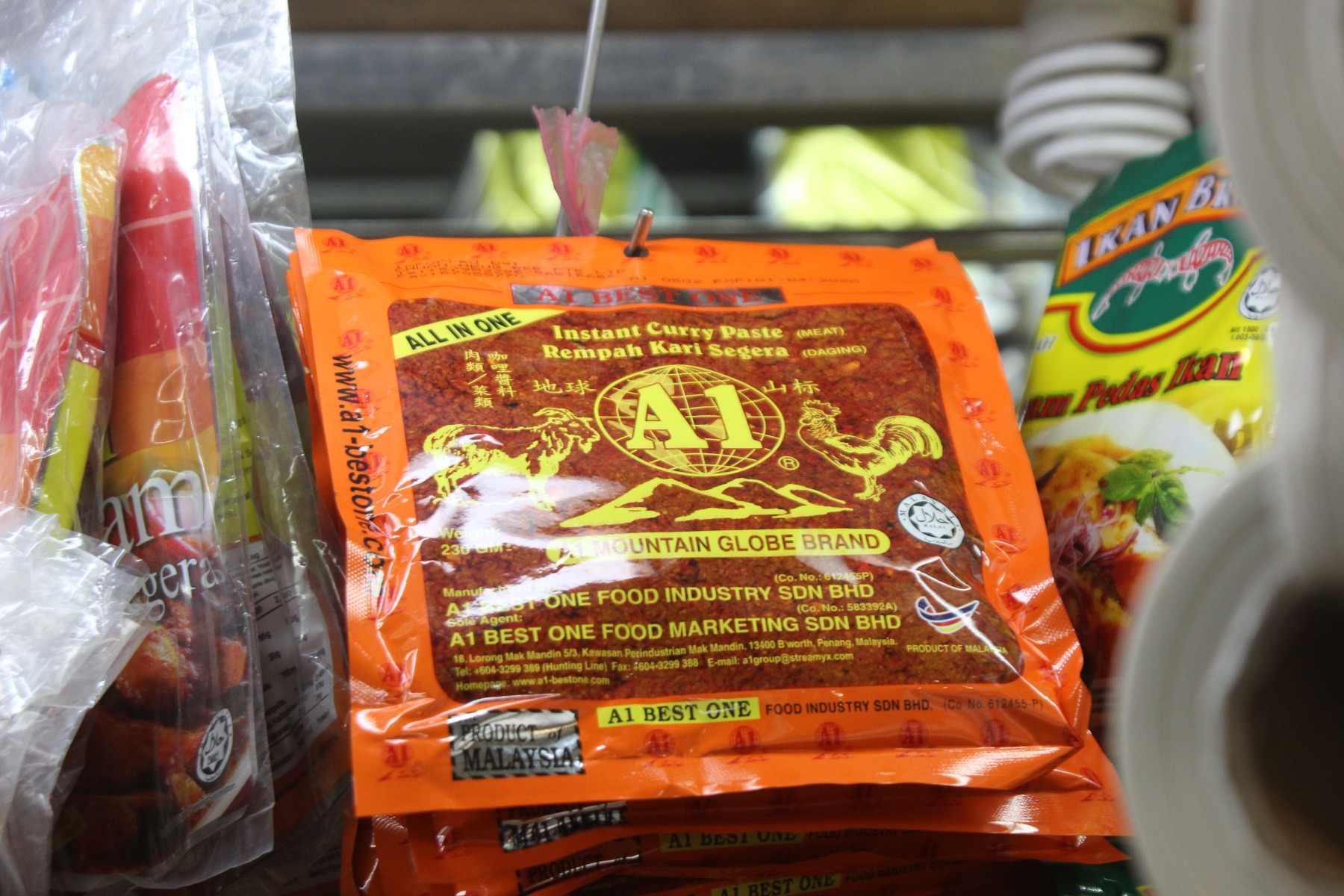 All in all, a great trip (much too short unfortunately!) and really good to learn about the history and background of some of our favourite dishes that we eat all the time at Spicery HQ. I'm looking forward to making my own versions of the curries I tried in Singapore with the new Curry Legend World Curries book, and I hope you will too!